Star Trek: Resurgence is an upcoming narrative adventure in the long-running, massively popular franchise. The forthcoming game will allow players to guide an original crew to sci-fi locations that no one has reached before. Find out everything about it here. 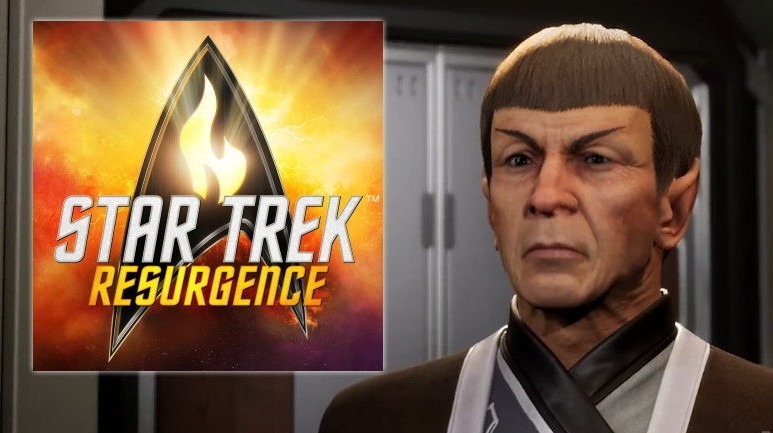 Star Trek: Resurgence is set in the year 2380, shortly after the happenings of Star Trek: The Next Generation. Players will have to control two central members of the Resolute and complete the choice-driven, non-episodic storyline.

Dramatic Labs is the developer for the upcoming Star Trek title and the team consists of Telltale alums, specifically the veterans, who are pretty well known for narrative-based adventure games like The Wolf Among Us and The Walking Dead series.

However, Star Trek: Resurgence adds certain tweaks to the formula making it an exciting affair to wait for. It’s coming at the perfect time as the fans haven’t got a chance to play a traditional single-player Star Trek game in over nine years and the shows have also been bland.

Star Trek: Resurgence was announced at the Game Awards 2021 as a title “coming next year.” However, it didn’t have a specific release date back then, and it doesn’t have it now as well. The official website states that the game is “COMING SOON.”

It doesn’t mention a release date for Star Trek: Resurgence either. If there aren’t any delays, then the game should come later in the year, possibly around Cyber November. Although I’m a bit skeptical about it. 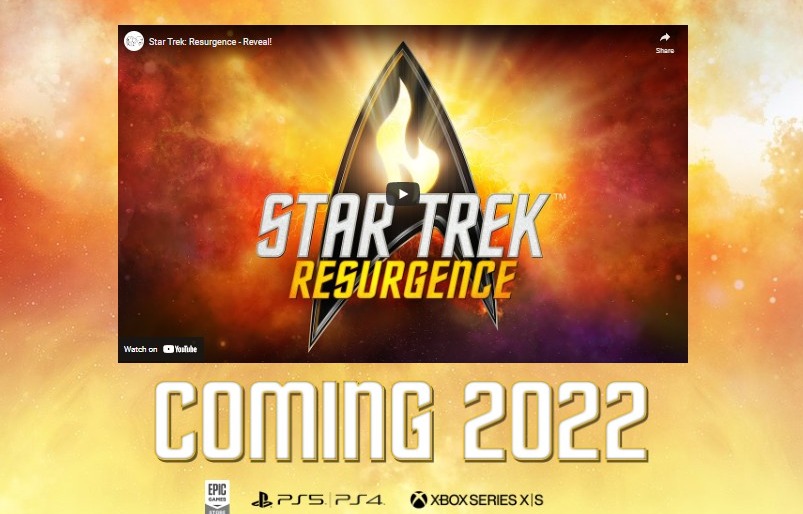 Upon launch, Star Trek: Resurgence will launch on a number of platforms including the PlayStation 4, PlayStation 5, Xbox Series X|S, and PC (via Epic Games Store). Epic Games is also the publishing partner of the independent title.

Star Trek: Resurgence is a narrative adventure game featuring dialog choices, relationship building, and an exploration game with an over-the-shoulder third-person camera view. Players will go through a rich storyline while engaging with the Star Trek universe.

There will be a number of new and returning characters alongside the gameplay elements like shuttle piloting, phaser fights, tricorder scanning, stealth, and micro-gameplay mechanics. Apart from this, not much is known about the gameplay yet. 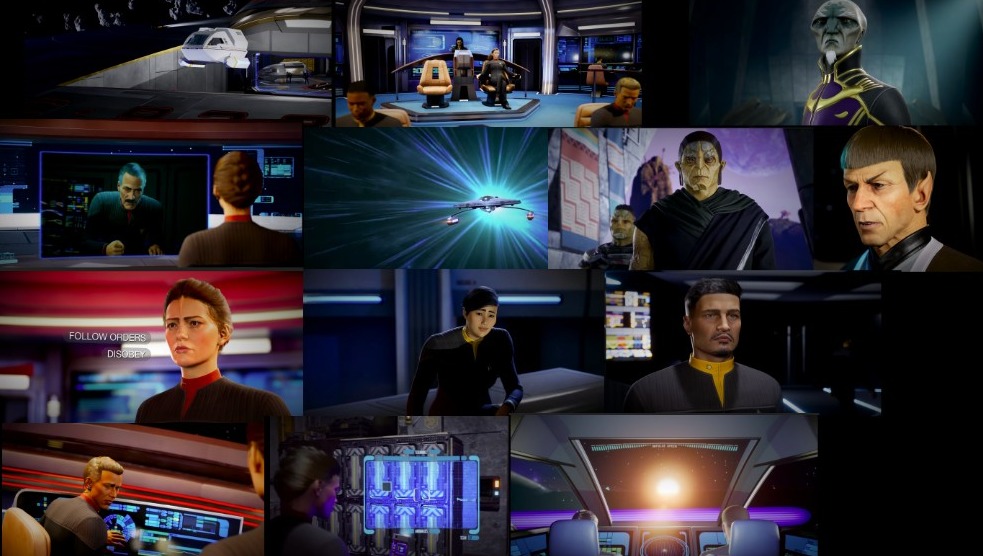 However, we know that the gameplay will follow Telltale’s popular formula that we’ve seen in other titles. The developer revealed 4-minute in-progress gameplay footage for Star Trek: Resurgence a couple of months ago. You can take a look at it below:

Apart from this, the official announcement trailer that came in 2021 also hints at what to expect from Star Trek’s next narrative adventure. You can have a look at it below:

The developer has also shared a number of clips including Star Trek: Resurgence characters, ships, and other elements. We’ve embedded them below for a convenient look:

Star Trek: Resurgence will feature an all-new, choice-based, non-episodic, single large story set in the year 2380, the era immediately following the events of Star Trek: The Next Generation feature films.

Players will be playing as two principal characters, the first is officer Jara Rydek, and engineering ensign Carter Diaz. The duo will unravel a mystery involving two civilizations on the verge of war.

The course of the epic story will vary based on your dialogue choices and action gameplay. There will be an all-new crew on an all-new starship. There will also be a number of familiar faces that fans love a lot. Spock is a prime example of that.

Resurgence is the debut title from Dramatic Labs,a brand-new studio formed primarily of ex-Telltale Games veterans.This 3-person narrative adventure draws from Telltale's roots to deliver a story-driven adventure through the Star Trek universe,with a focus on the players' choices pic.twitter.com/xBhCFlnMQ5

Star Trek: Resurgence includes a number of characters, both new and returning. The first member of the new crew is Carter Diaz. He’s a young, action-hungry engineer who sits low on the totem pole in terms of ranking. 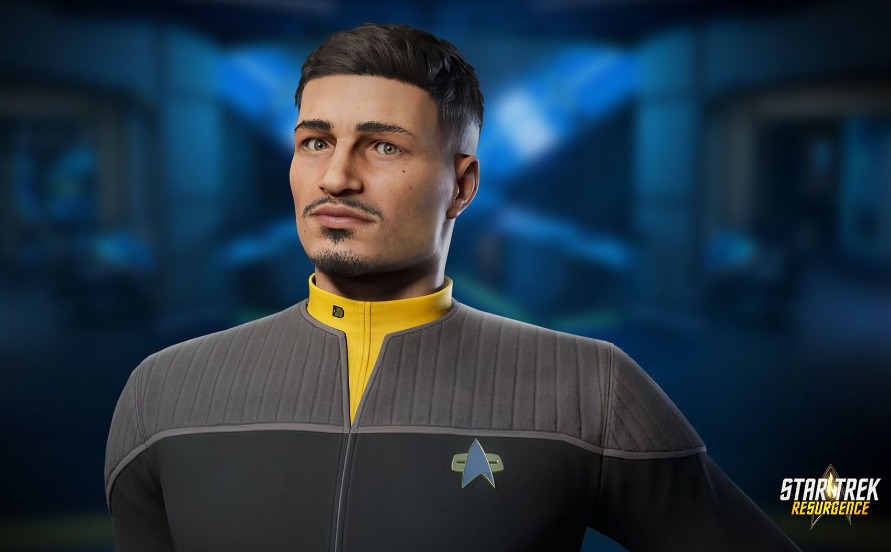 Next up is Jara Rydek, top of her class in the Academy and warrior of the Dominion War. She’s a new arrival in the Resolution as a First Officer. She’s a half-Kobliad who’ll be trying to earn the trust of her crewmates as an outsider. 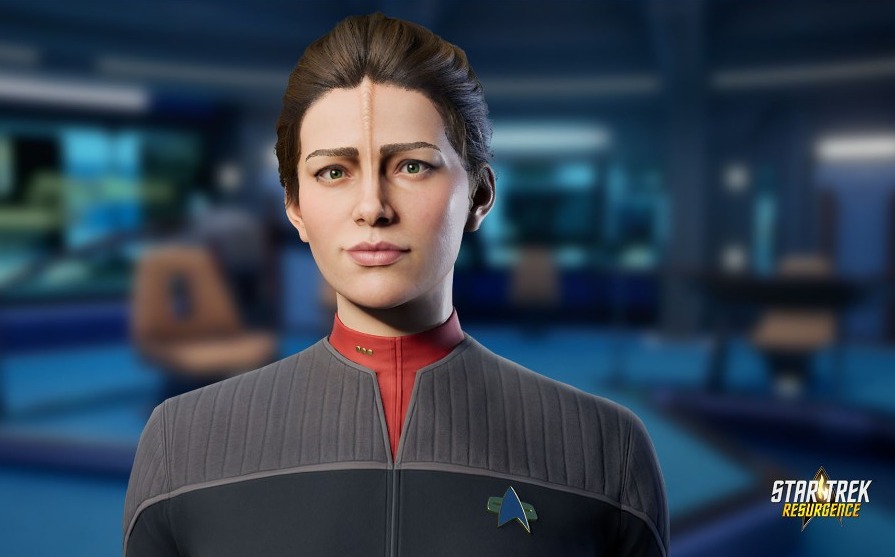 Other notable characters include:

These characters will play the most important role in the upcoming narrative adventure as part of the Resolute. With harmony or with rebellion, you’ll have to make the right choices and lead the crew to a happy ending.

The pre-orders for Star Trek: Resurgence hasn’t started yet. You can currently add the game to your wishlist on the Epic Games Store. Meanwhile, you can make some Among Us-related purchases in the store to get free items in Fortnite.

The price of Star Trek: Resurgence is also unknown at the moment. We’ll predict it to be in the $39.99 to $59.99 range upon launch. Dramatic Labs will soon announce the pre-order details and bonuses for their upcoming Star Trek title.

Until then, you can enjoy Star Trek Online or pass your time completing available Star Trek movies. We’ll keep adding more information to this post. Make sure to revisit us to check that.

Are you eagerly waiting for Star Trek: Resurgence? Do you think it’s going to be an incredible game? Let us know in the comments.