Ubisoft first announced Skull and Bones at E3 2017. Now the game finally gets updates about the launch at the Ubisoft Forward event this Thursday. Check out the Skull and Bones release date, gameplay trailer, editions, crossplay status, and more. 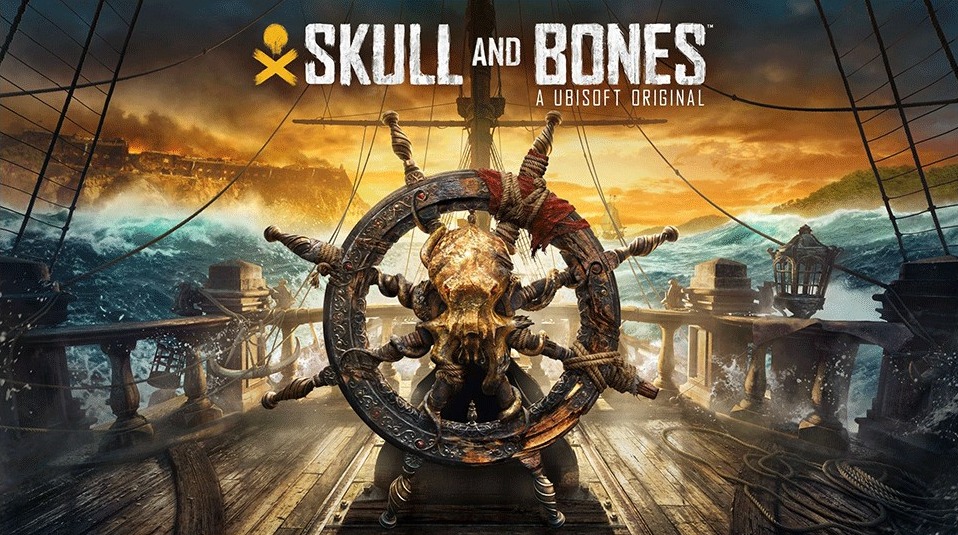 Ever since Ubisoft unveiled the first look at the upcoming pirate adventure in the Indian Ocean, gamers have been eagerly waiting for the launch. However, multiple delays have pushed it to this year and we finally have major updates about it after 2020.

There’s plenty of information available now to look forward to and a beta will go live soon. The pirates are going to set sail later this year!

Skull and Bones was first announced at E3 2017 and was scheduled to launch in 2019. However, it didn’t launch and was pushed back to 2020. The COVID-19 pandemic pushed the launch even further and the pirate adventure will finally launch later this year.

Ubisoft has officially announced the release date for Skull and Bones as November 8, 2022. That’s a day before the highly-awaited God of War Ragnarok. The announcement also confirms the previous Xbox listing leaks that hinted at a November release for the game. 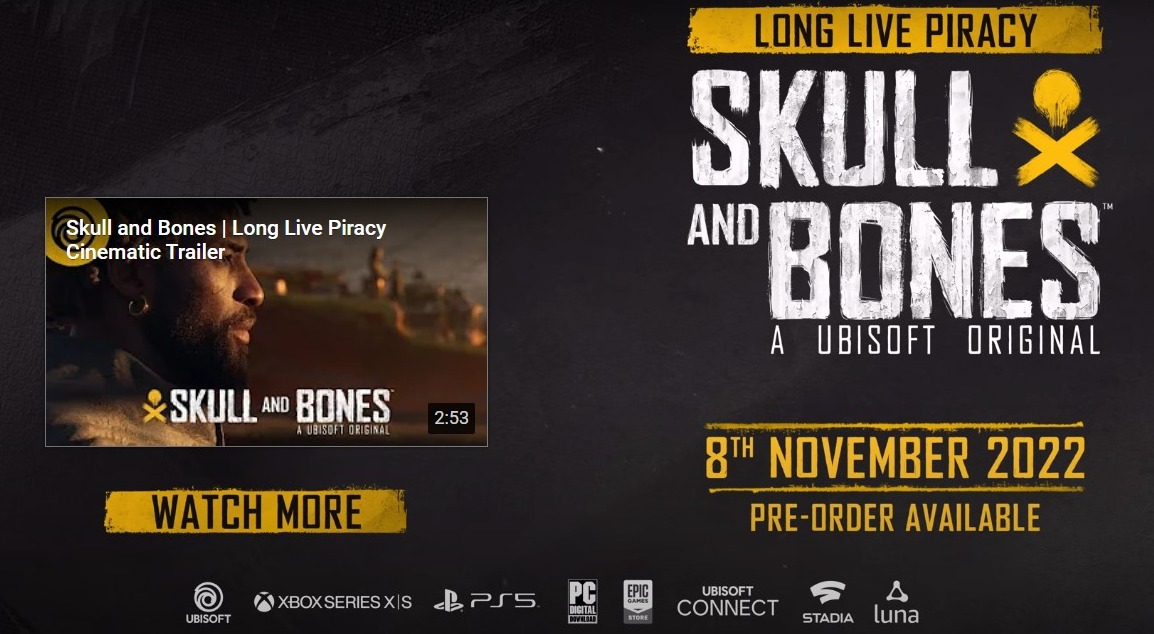 Skull and Bones New Gameplay Trailer: What did it reveal?

Ubisoft has also unveiled a new gameplay trailer for Skull and Bones at the July 7 event. The new seven-and-a-half-minute-long clip gives us a brief glimpse at the pirate adventure set in the Indian Ocean during the Golden Age of Piracy.

You can have a look at the trailer below:

The trailer starts with an island on the screen with volcano erupting and pirate ships surrounding the stunning piece of land. There are ships traversing the ocean and indulging in fights. A pirate colony is shown where you can see different types of characters.

The trailer then offers a glimpse at the user interface while playing the game. You can keep different types of resources in the stock to survive in the dreadful oceans. The clip then cuts back to an FPP look at the wheel controlling the ship.

A pirate ship then blasts in a spectacular fashion after showcasing a number of canons and pirates. The gameplay trailer continues while displaying the staggering visuals before finally cutting to a banner announcing the release date and pre-order details.

Skull and Bones All Trailers

There have been a number of teasers and trailers for Skull and Bones. The upcoming pirate adventure will have players completing challenges, crafting unique ships, and going on quests to survive and thrive in the Indian Ocean.

You can have a look at the other Skull and Bones trailers below:

The available bits of gameplay seem pretty exciting, especially the different types of ships, crafting, and combat elements of the game. It appears the key goal would be to survive in the ocean and continue the hunt to become the best-ever pirate.

Skull and Bones Crossplay: Does it have cross-platform support?

The gameplay trailer also unveiled multiplayer elements of Skull and Bones. The upcoming pirate-based adventure survival will feature both PvP and PvE elements. It appears players will be able to encounter other players’ ships in the ocean naturally.

They’ll have to decide if they want to team up or attack them in order to upgrade the loot. It also seems that your allies can also betray you at any time and you have to stay careful while trusting people, just like pirates. 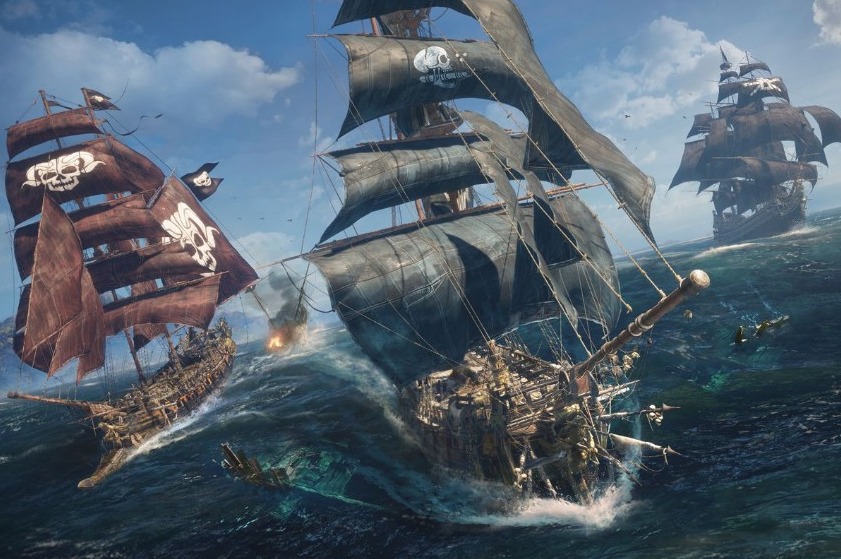 Fortunately, Skull and Bones will have cross-play and cross-platform support which will extend to PC, PS5, Xbox Series X|S, Google Stadia, and Amazon Luna. It doesn’t matter which version you play on, you’ll be able to have fun with your friends in the oceans.

Skull and Bones Insider Program: How to Join?

Ubisoft announced an Insider Program for Skull and Bones in March 2022. However, back then we only had very limited info about it. The Ubisoft Forward event has also made clear what the program is all about.

According to Ubisoft, “The Insider Program is a unique opportunity to test early versions of our game, share your feedback, and help us make Skull and Bones the best it can be!”

The program will allow players to participate in the ongoing live testing for the game and provide feedback to the developers in real-time. It’ll also let players have a look at how the devs are working behind the scenes. 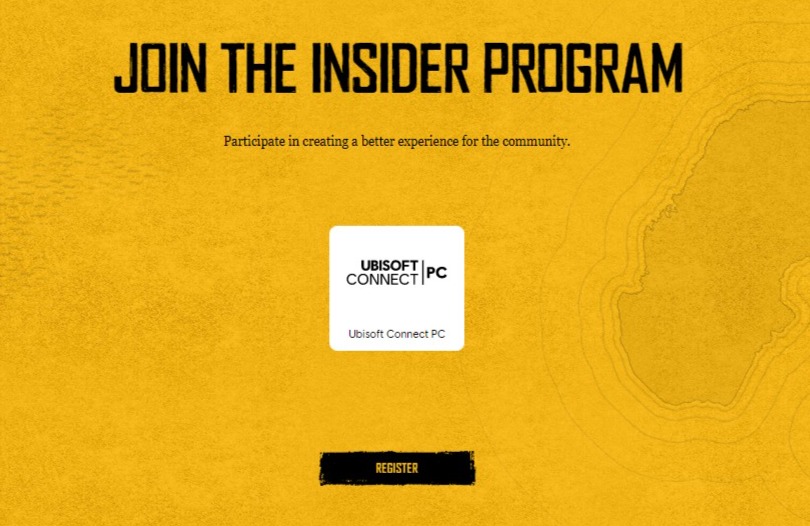 For now, only a few players will be able to join it. If you believe you have what they require, you can join the Skull and Bones Insider Program by signing up here. Just scroll down, click on “Register” and enter the essential information.

Skull and Bones is available for pre-order right now, in two editions- Standard and Premium. The Standard Edition is the base version that allows players to enjoy the thrilling life of a pirate. The Premium version is titled “The Ballad of Bloody Bones Collection.”

Alongside the base game, it includes a number of cosmetic items for the Captain and Ships, additional digital content, a digital art book, a soundtrack, two extra missions, and a “Smugglers Pass” Token.

You can pre-order any edition of Skull and Bones to claim the bonuses including the “Notoriety Garb Captain Outfit” and “Coronation Firework.”

The Standard Edition is available for $59.99 while the Premium Edition costs $89.99 on the Ubisoft Store.

The firm is planning a multi-year post-launch plan for the game that emphasizes a live service ecosystem. The game will get regular updates with new features and content including activities and challenges.

Seemingly, DLC will play a key role for Skull and Bones, and they’ll be free for the players.

Are you looking forward to living through your own pirate adventure? Feel free to share your thoughts about the upcoming title in the comments.