Pokemon Legends Arceus Eevee Evolution: How to Get All of Them? 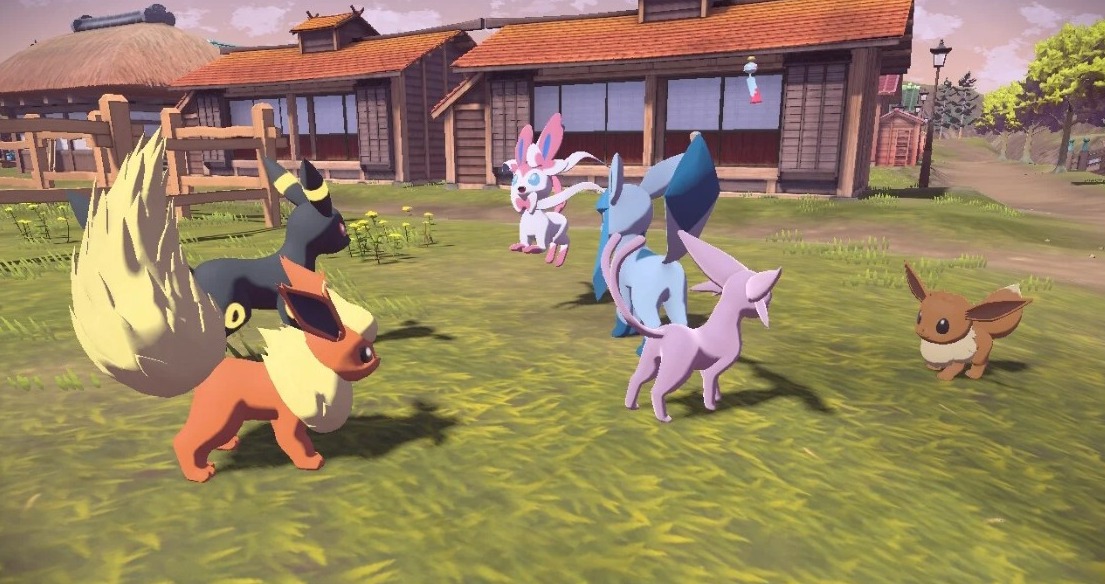 Pokemon Legends: Arceus features a very compact-sized Pokedex. Luckily, it still hosts all the Eeveelutions (Evolutions of Eevee). However, they aren’t available in the wild, like other Pokemon games. You’ll have to catch an Eevee, and then evolve it into the desired form.

The latest Pokemon game set in the ancient Sinnoh called the Hisui region retains the ways Eevee evolves. However, there are minor tweaks for some evolutions. Having an Eeveelution in your team makes it more balanced and capable of taking down stronger foes.

How to Get All Eevee Evolutions in Pokemon Legends: Arceus?

The evolutions of Eevee can be a great addition to your party in Pokemon Legends: Arceus. The good thing is you can catch an Eevee pretty early in the game. You have to go to the Horseshoe Plain area of the Obsidian Fieldlands. There, you can find Eevee circling the small lakes in the north.

It will attack like any other territorial Pokemon when you get too close to it. If you have Feather balls, then you can easily make it yours. However, you can still catch it using a regular Pokeball if you are fairly early in your journey in the Hisui region. 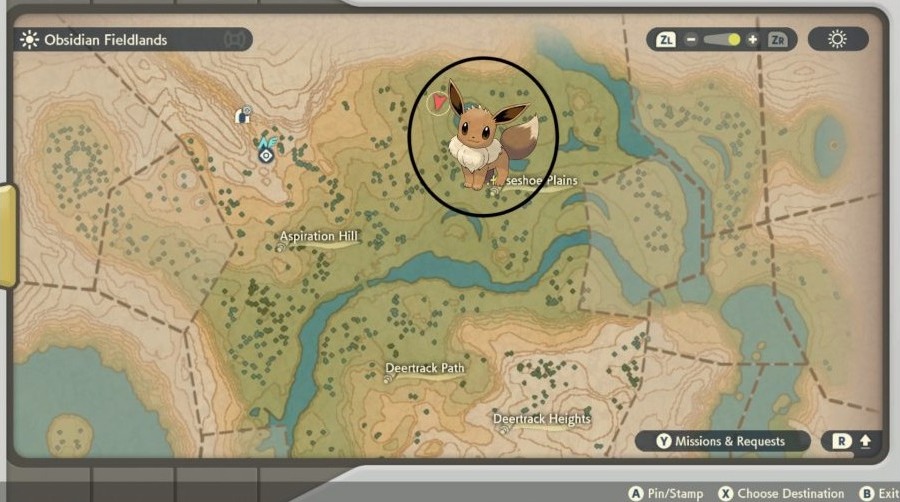 Now that you have caught an Eevee, it’s time to evolve it. All the eight evolutions of Eevee are available in Pokemon Legends: Arceus. You can evolve your Eevee into any of the available Eeveelutions according to the need of your party.

You can even catch multiple Eevees and form a team full of Eeveelutions. The decision is eventually yours. Pokemon Legends: Arceus allows you to have any Eevee evolution in your team. 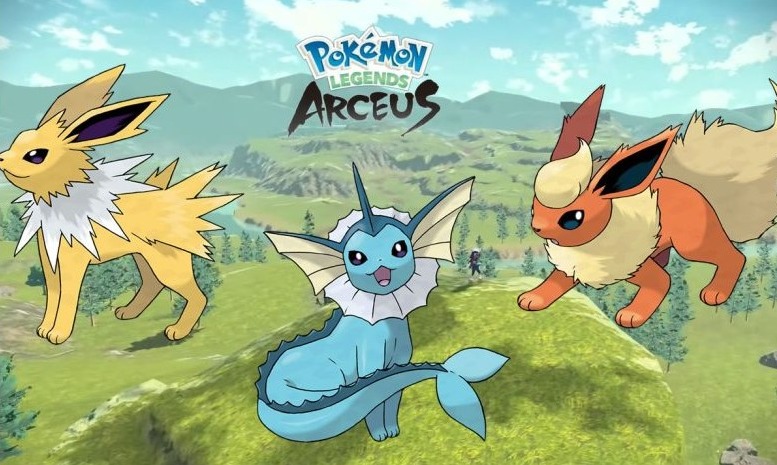 You can buy these Evolution Stones in the Trading Post just outside of the Training Grounds using Merit Points. You can also find them in the Space-Time Distortions, by digging while riding Ursaluna, and by defeating the Pokemon at the Shaking Rocks.

Evolve Eevee into Espeon or Umbreon in Pokemon Legends: Arceus

You can also evolve your Eevee into the evolutions introduced in the Johto region in Gen II. These include the Psychic-type Espeon and the Dark-type Umbreon. Both of them can be incredible members of your team in Legends Arceus.

The method to get them also remains the same. You’ll have to raise your Eevee’s Friendship to a high level, and then evolve it at a specific while it shouldn’t know any Fairy-type moves. 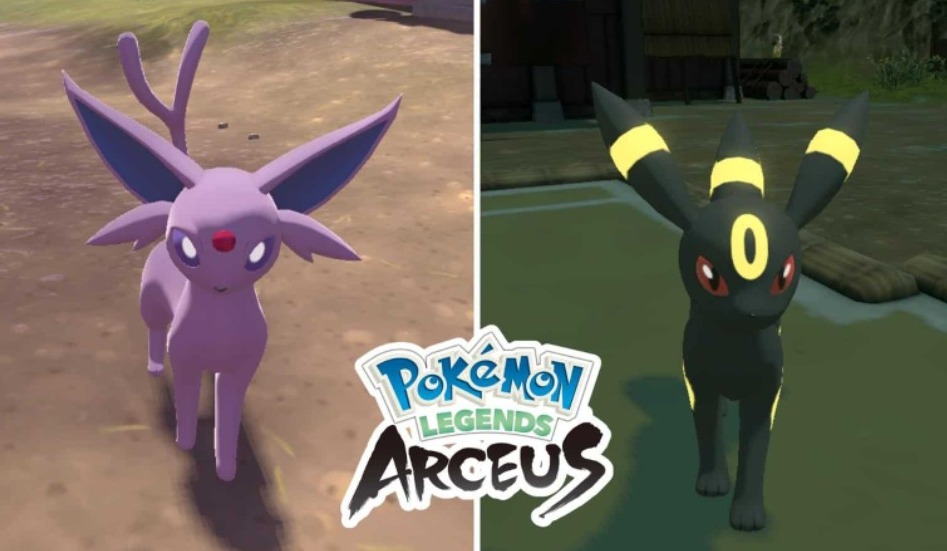 Note: If your Eevee knows a Fairy-type move and has a high level of Friendship, it’ll always evolve into Sylveon regardless of the time of the day.

You can raise your Eevee’s Friendship level by keeping it first in your party and battling a lot with it. You shouldn’t let it be knocked out, and keep using items on it while battling to raise the level quickly. 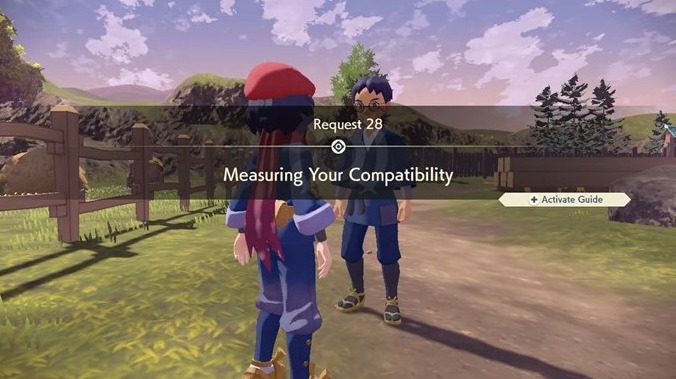 To check your Eevee’s Happiness or Friendship level, you can go to the Jubilife Village and talk to a man named Belamy. You can find him near the pastures. When Belamy says “You and Eevee seem to fast friends,” you can evolve your Eevee to get any of the Happiness-based evolution.

Evolve Eevee into Leafeon or Glaceon in Pokemon Legends: Arceus

The next option is to evolve your Eevee into the Ice-type Glaceon or the Grass-type Leafeon. Both of these were introduced in the Sinnoh region in Gen IV. There are multiple methods to get these Eeveelutions. You can either use an Evolution Stone or take your Eevee to a specific location.

To get a Glaceon in Pokemon Legends: Arceus, you can use these methods: 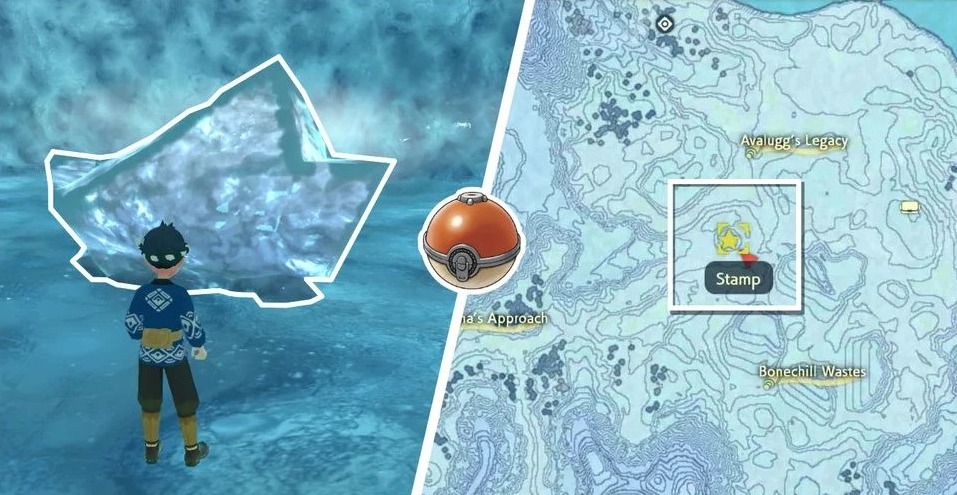 To get a Leafeon in Pokemon Legends: Arceus, you can use these methods: 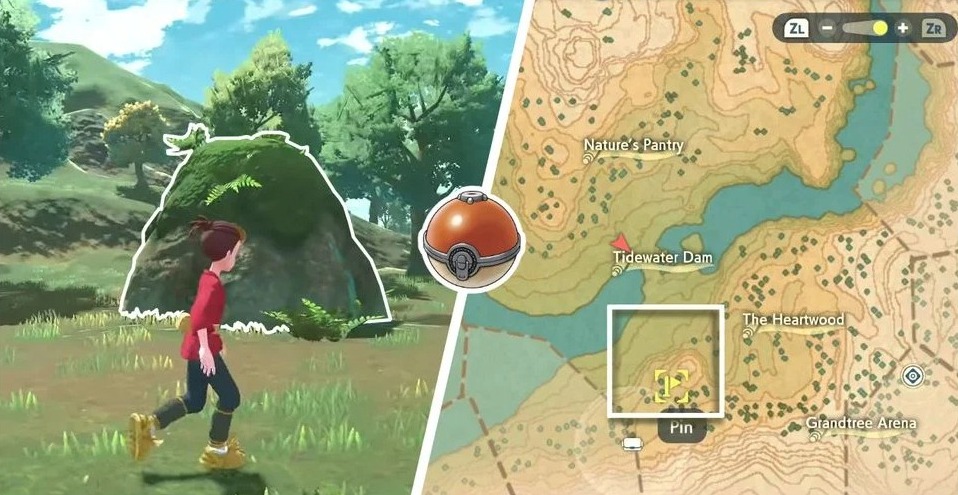 We have already shared above the locations and methods to find the Evolution Stones. The easiest way is to buy them with Merit Points in the Trading Post outside of the Training Grounds.

Sylveon is the ultimate Eevelution you can evolve your Eevee to in Pokemon Legends: Arceus. It was originally introduced in the Kalos region in Gen VI. The method to get Sylveon also remains the same as in other Pokemon games.

You just have to raise the Happiness or Friendship of your Eevee to a high level, make sure it knows a Fairy-type move, and then press on “Evolve.” This way, your Eevee will surely evolve into a Sylveon. 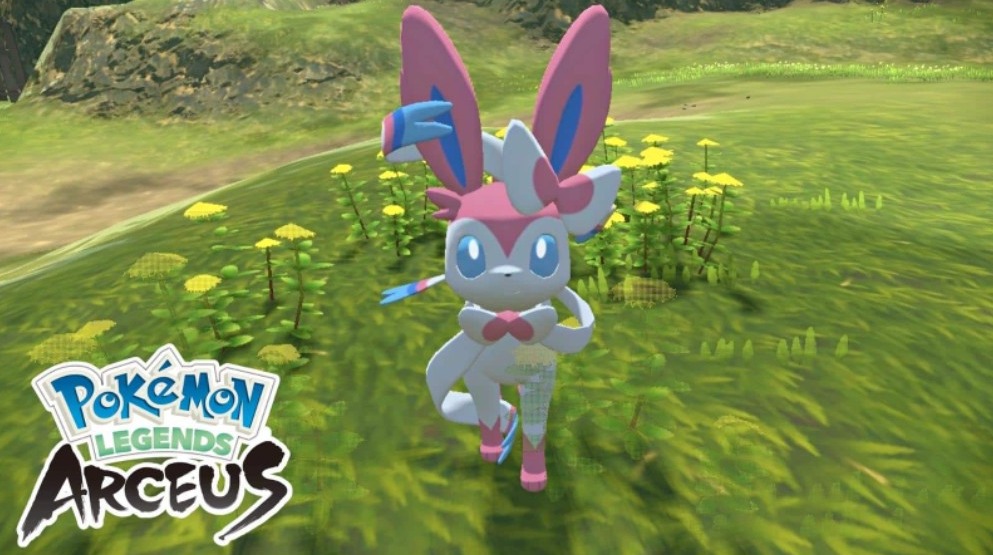 If you catch an Eevee with level 18 or above, it’ll already have “Baby Doll Eyes” which is a Fairy-type move. You can also train and raise a low-level Eevee to level 18. You can check the level of Happiness by talking to Belamy in the Jubilife village.

Which Eevee Evolution is Best in Pokemon Legends: Arceus?

Every Eevee evolution has a specific type. Thus, it comes with certain advantages and disadvantages. There’s no universally great Eeveelution in Pokemon Legends: Arceus, just like other Pokemon games. Some of them like Flareon, Sylveon, or Umbreon may be a bit more beneficial in the game later on.

However, there’s no compulsion to use a specific evolutionary form. You can evolve your Eevee according to the need of your team and favoritism. I’d recommend going with Espeon or Flareon if your playstyle is sweeper type, while you can also have an Umbreon or Vaporeon if you are looking for a tank.

my second shiny eevee of legends arceus! the evolution screen to umbreon looks AMAZING and he goes so well with my other shiny today! accidental blue+black colour scheme synergy goin on today #legendsarceus #pokemonlegendsarceus pic.twitter.com/qCGs82W9pz

Sylveon, Glaceon, and Leafeon are also great choices for their specific types. You can even catch multiple Eevee and have all the evolutions and use them according to the need of the hour. The same goes for Pokemon Legends: Arceus starters.

Literally all Legends Arceus Teams:
Sylveon or any other Eevee evolution
Gardevoir
Luxray
Decidueye specifically to feel special (they are not)
That Shiny Rapidash that they found out of PURE LUCK!!!!
Staraptor

Quick Overview to Evolve Eevee into Any Evolution in Pokemon Legends: Arceus

Now start roaming Hisui, catch an Eevee, and evolve it into your favorite Eeveelution. Which one is your favorite and why? Tell us in the comments section.