Pokémon Legends Arceus: How to Get All Three Starters? 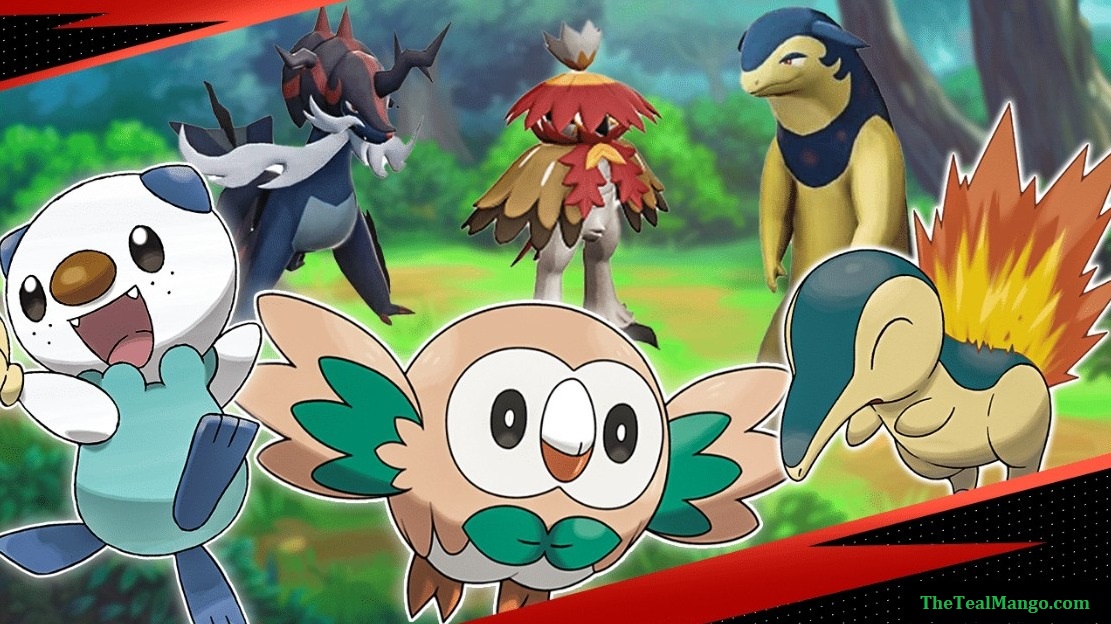 The mainline Pokemon games feature three starters that you begin your journey with, and they are new to the generation. However, Pokemon Legends: Arceus, which is set in the ancient version of Sinnoh called the Hisui region, features three starters from different Pokemon generations.

Interestingly, there is no starter from Gen IV (Pokemon Diamond, Pearl, and Platinum) or its remakes (Pokemon Brilliant Diamond and Shining Pearl). This is because the game focuses on bringing different generations to the region via the Galaxy Expedition Team.

What are the Starters in Pokemon Legends: Arceus?

Pokemon Legends: Arceus launched on January 28, 2022, and fans have loved the new concept that sways a bit away from the traditional series of Pokemon games that Nintendo launches periodically. Just like the core games, Legends Arceus also features three starters.

However, the starters in the game are not native to the region but were brought in from around the world to Hisui by the Galaxy Expedition Team. The three starters in Pokemon Legends: Arceus are: 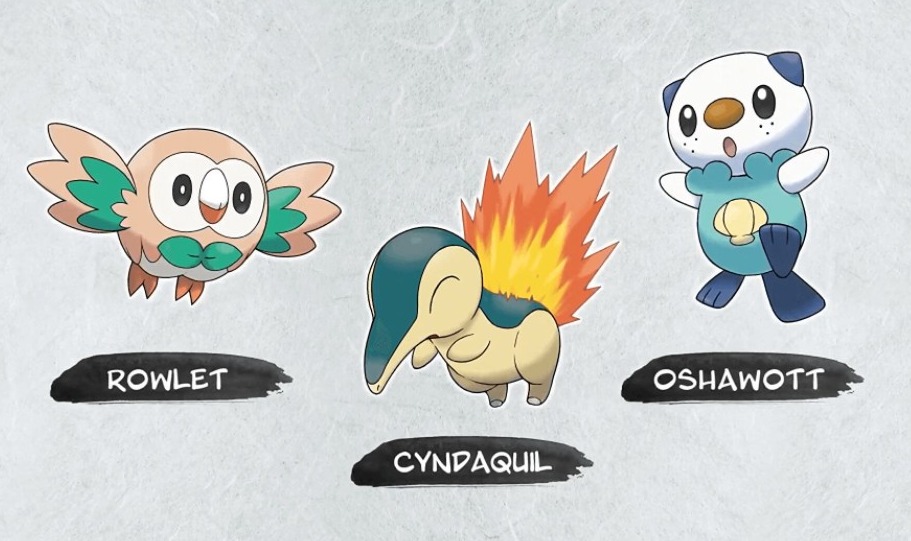 All three starters have got a regional variant for their final evolutions in Pokemon Legends: Arceus. You can play with Hisuian Decidueye, Hisuian Typhlosion, and Hisuian Samurott.

Rowlet is a Grass- and Flying-type Pokemon coming from the tropical Alola region. It is a cute round owl and Grass Quill Pokemon. It stores up energy during the day and becomes active at night. Rowlet evolves into Dartrix at level 17, and then into Decidueye at level 36.

In Pokemon Legends: Arceus, Decidueye has a Hisuian variant that is Grass- and Fighting-type, as compared to the original Grass- and Ghost-type. This makes it a cool choice to play your game with.

Cyndaquil is the next starter, and it is a Fire-type mouse Pokemon hailing from the Johto region. It evolves into Quilava at level 17, and then into Typhlosion at level 36. Typhlosion also has a regional variant in Pokemon Legends: Arceus that is Fire- and Ghost-type while it is a pure Fire-type in other games. 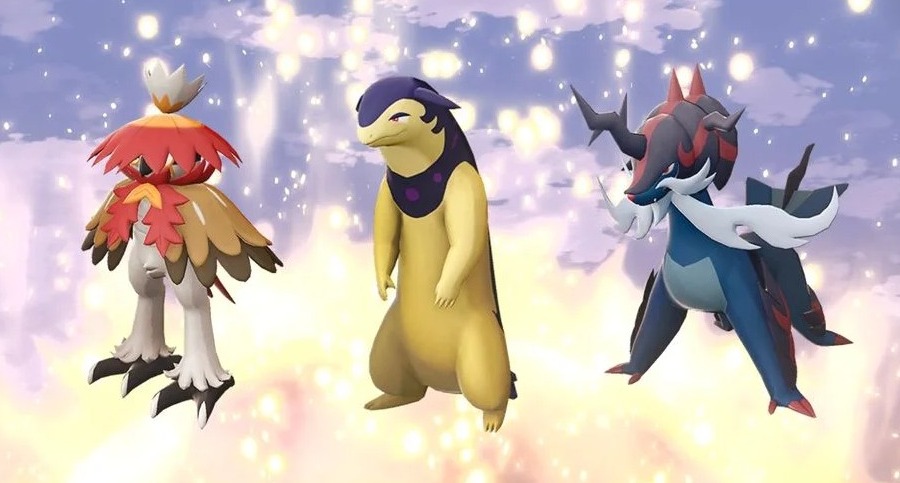 Where and How to Get All Three Starters in Pokémon Legends: Arceus?

There are two ways by which you can get all three starters in Pokemon Legends: Arceus. The first one is a bit non-traditional and involves the regular introduction to Pokemon while starting the game.

You’ll be introduced to Rowlet, Cyndaquil, and Oshawott along with Professor Laventon while starting the game as the tutorial on “how to catch Pokemon?” You’ll have to catch all three of them for Laventon to proceed and the order you catch them in doesn’t matter here.

After that, you’ll have the choice to pick one starter from the available options. You can either choose Rowlet, Cyndaquil, or Oshawott to start your journey in Hisui. After you complete the adventures and finish the main story, you can get the other two starters as well. 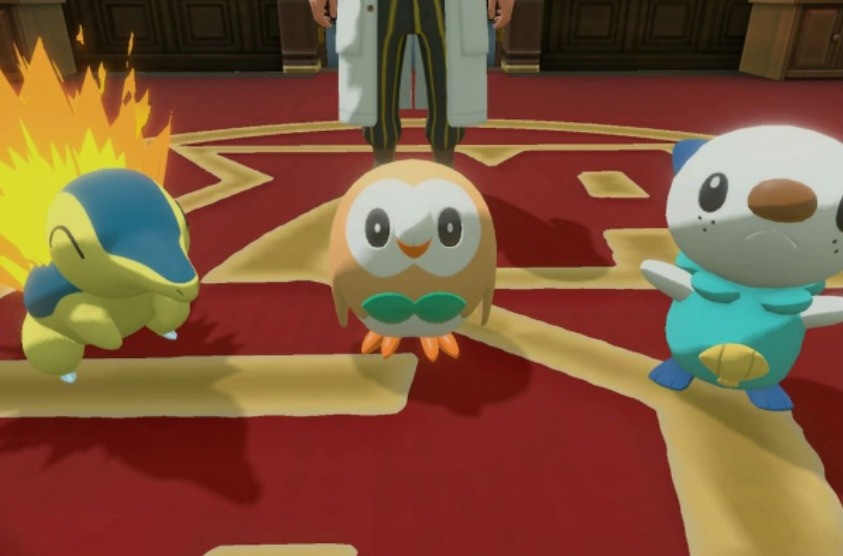 When the credits are over, head to Professor Laventon’s lab in the Galaxy Team HQ, left to Cyllene’s room. Just speak to the professor and he’ll give you the two starters you didn’t choose at the beginning of your journey. You can then raise all three starters and complete the side-quests in Pokemon Legends: Arceus.

Alternate Method to Get All Three Starters in Pokemon Legends: Arceus

The starters are not the only Pokemon exclusive to them but you can plenty of other cool ‘Mons. If you want to catch Rowlet, Cyndaquil, or Oshawott, just of to the Space-Time Distortions in any of the following areas:

The particular locations house a certain family of starters. The Distortions can last anywhere from 30 seconds to five minutes. This time should be enough to catch any of the starters or their evolutions. 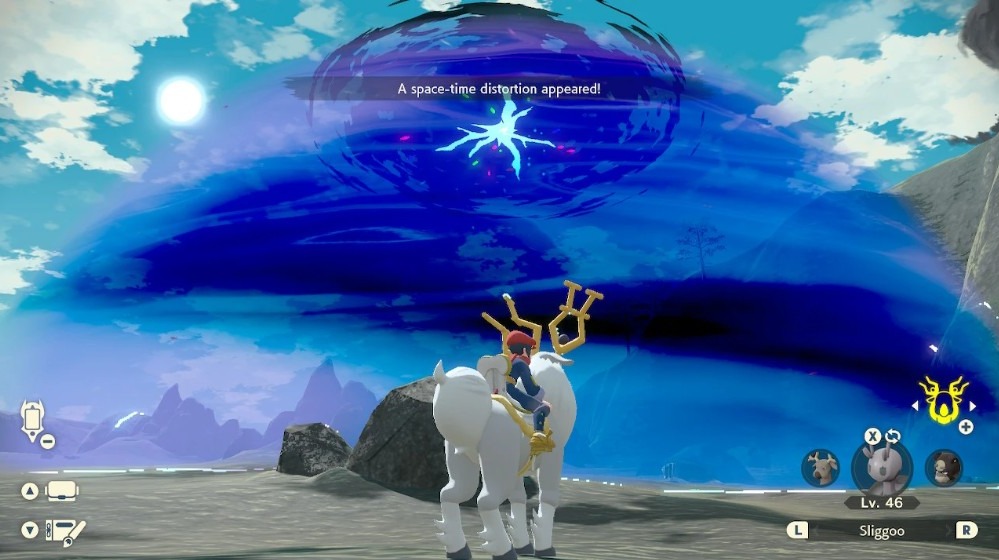 The best method to make the Distortions appear is by having a high Research Level and completing Research Tasks. They won’t appear until you have defeated Kleavor. You must carry a strong team as the Distortions have strong Pokemon.

How to Get Starters from Other Generations in the Game?

Pokemon Legends: Arceus doesn’t have a massive Pokedex like other Pokemon games. It only has a total of 242 Pokemon for you to collect. The list doesn’t contain many starters including the fan-favorite Bulbasaur, Charmander, and Squirtle from Gen 1. Players won’t get a Charizard in Legends Arceus.

Still, the game consists of a number of starters from other generations. You can find the following starter Pokemon in Pokemon Legends: Arceus in some way or other:

Which Starter Should You Choose in Pokemon Legends: Arceus?

There are great choices available when it comes to starters in Pokemon Legends: Arceus. You can choose the Grass- and Flying-type Rowlet or the Fire-type Cyndaquil to make the beginning of your journey smooth. Cyndaquil would really help you a lot to fend off the randomly appearing Paras and Parasect.

However, if you want to make the game a bit challenging, you can choose Oshawott which gives you a Water- and Dark-type final evolution. There’s no best starter, and the one you should pick totally depends on your playstyle.

Here is my starter and the rest are my shinies I have in Pokémon Legends Arceus pic.twitter.com/I7rIxzh0jt

If you have any particular favorite, you can go with it. You can even select other Pokemon found in the wild to continue your journey with like the Hisuian Growlithe, Shinx, Ralts, or even Gible. There are plenty of options available to form a great team.

Hey guys I just started Pokémon Legends: Arceus, was wondering which starter I should pick 🤔 pic.twitter.com/lHb5vPbebv

You must use a brilliant combination of types and stats in your team. Do not forget to keep a Psychic, Fighting, and Ice-type as they’ll help you a lot later in the game.

What’s your recommended team for Pokemon Legends: Arceus? Let us know in the comments section.