Wordle’s ever-rising popularity has led to the creation of countless spin-offs, and most of them are amazing. Lookdle is the latest one to go viral, and it’s highly addictive if you are much into the world of cinema. Find out what it is and how to play it here. 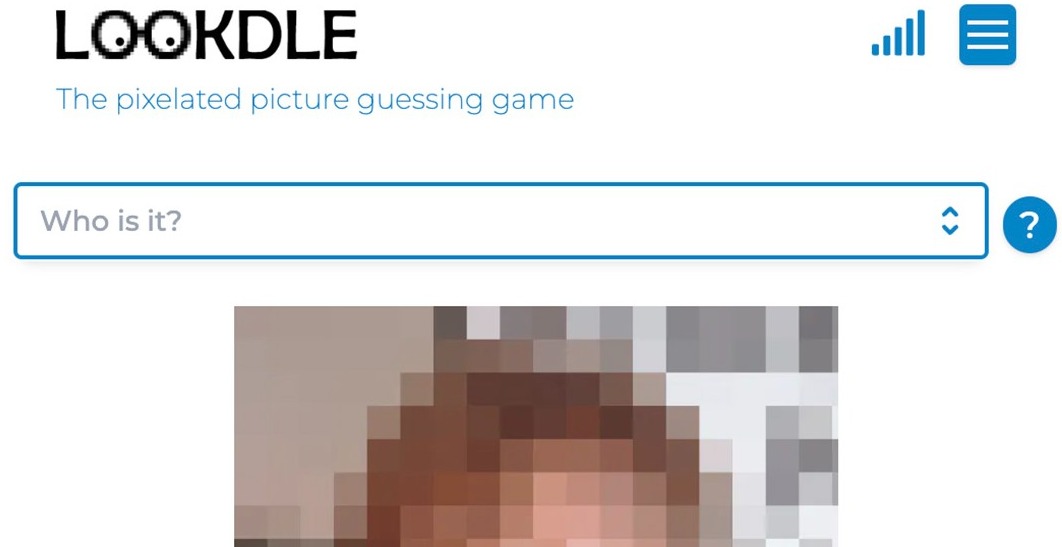 Lookdle is a pixelated image guessing game where players have to guess the name of the celebrity shown in the picture. It is inspired by Josh Wardle’s Wordle which is now owned by the New York Times, but it is also a bit different from it.

When other Wordle alternatives don’t sway away from the core idea and have words to guess every day, Lookdle brings a breath of fresh air as you only have to take a look at pixelated pictures and guess names. There are no green, yellow, or gray tiles either.

Lookdle is an online browser-based game that takes inspiration from Wordle and its spin-offs like Heardle, Moviedle, and others where you have to guess the game of famous celebrities.

That was close. I really thought it was Damian Lewis on the first try, like short hair Homeland days. #lookdle pic.twitter.com/AVfERvmOFl

There are no hints of green, yellow, or gray tiles, unlike Wordle. You only have to take a look at the pixelated image of the mystery celebrity and try guessing his or her name. The picture gets clearer after every attempt. Eventually, you’ll either solve the puzzle or fail.

Either way, you’ll know about the Lookdle of the day. You can then share the results and your score on social media platforms. Just like Wordle, players can only play Lookdle once a day.

Playing Lookdle is very simple if you have a lot of knowledge about the film industry, and also a good memory. To start playing, launch a web browser like Chome, Firefox, Brave, Safari, or any other on your PC or mobile.

Now, head over to the official Lookdle website to start playing. Upon visit, you’ll be greeted with a highly pixelated picture of a famous celebrity. You have to take a brief look at the image and start guessing the name of the person. 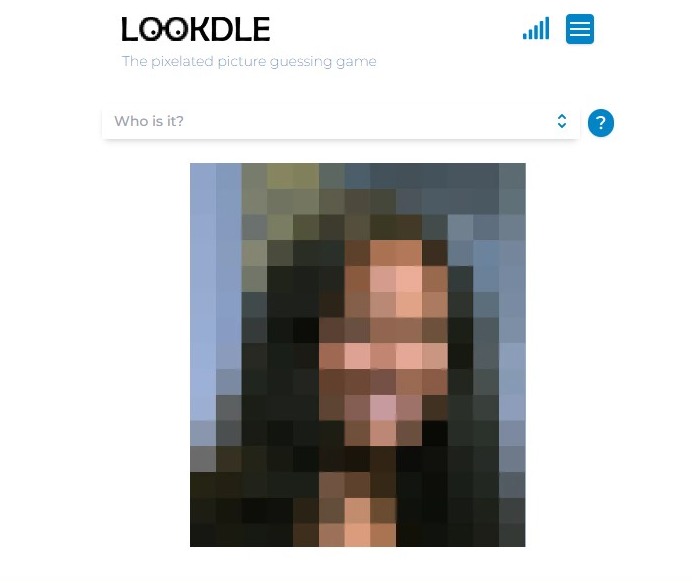 Enter your guesses in the “Who is it?” box, and it will automatically suggest to you the full names of the celebrities. With every wrong guess, the image will become a little less pixelated, allowing you to solve the puzzle.

If you are able to guess the name by the end of your five turns, you win. However, if you can’t do that, you lose, but you’ll still know who the person was in the pixelated picture as it will become completely clear. 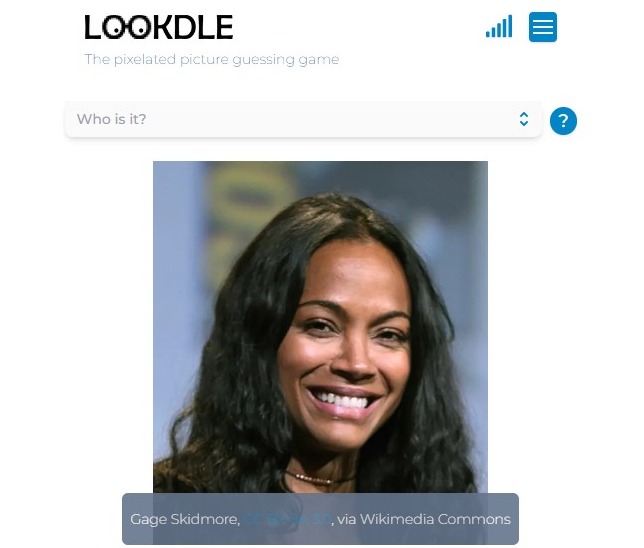 Who created Lookdle and Why?

Lookdle, the viral pixelated-picture guessing game, is created by two friends, Carl and Lee. Both of them are from Manchester, United Kingdom. The duo claims themselves as TV and film buffs.

Lee is a full-time developer who manages the technical end of the website while Carl is the creative lead who comes up with the ideas for the celebs to include every day. Carl came up with the core idea behind the game out of nowhere.

The “About” section on the official website states the following about the duo: 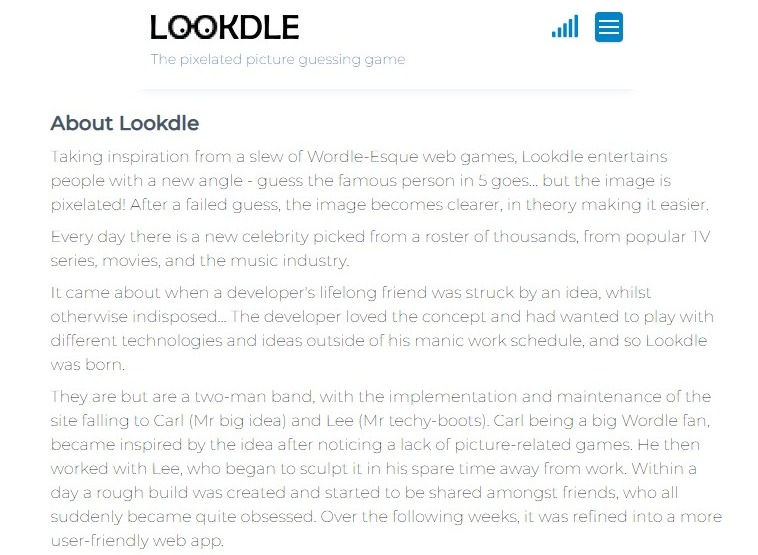 Lee and Carl came up with an amazing Wordle spin-off that is now highly loved by players worldwide. It is pretty challenging but cinema-freaks can’t get enough of it. That’s why the game has gone viral recently.

Lookdle’s website reveals that the game and its web app have been developed with a limited budget and time. However, it has quickly gained traction on social media platforms. More and more people are talking about it every day and making their friends try it.

At the time of writing, the game boasts of having more than 70,000 players worldwide, and this number is increasing every single day. Most of the players have made the game a part of their routine, just like Wordle.

The two developers have also revealed that they plan to add more game modes and including time trials and various difficulty levels. They’re also working to add a possible PvP option to the game that will be highly beneficial for friends looking to have fun virtually.

Have you tried Lookdle yet? What’s your daily score? Tell us in the comments.