Numberle is Another Wordle Alternative for Math Fans

Wordle is on the way to never-stopping popularity and now it is owned by The New York Times. This massive fame has led to the birth of many clones, and Numberle is one of them. It is the perfect guessing game for Math fans who are looking to pass their free time.

We have already told you about Mathle and Nerdle which are two more Wordle alternatives for people who enjoy arithmetic equations. Numberle is a bit similar to these two but possesses its unique twist, and that’s why it is worth giving a shot.

If you are done with guessing Wordle of the day and still want more work for your brain, Numberle should be the next web-based game you should be playing. Find out everything about it here.

Numberle is a web-based math puzzle game that is heavily inspired by Wordle. In this game, you have to find out the numbers and signs to guess the mystery mathematical equation. You will have 6 tries to do so, just like the original word-guessing game.

So there’s a Wordle but with numbers… I’m hooked. #numberle pic.twitter.com/BzkxTrlqWh

As you keep entering guesses, the boxes will change color. You need to keep an eye on them and work accordingly to guess the correct equation. Numberle even lets you decide the length of the target equation. You can choose from 5 to 12 symbols while it is set to 8 by default. 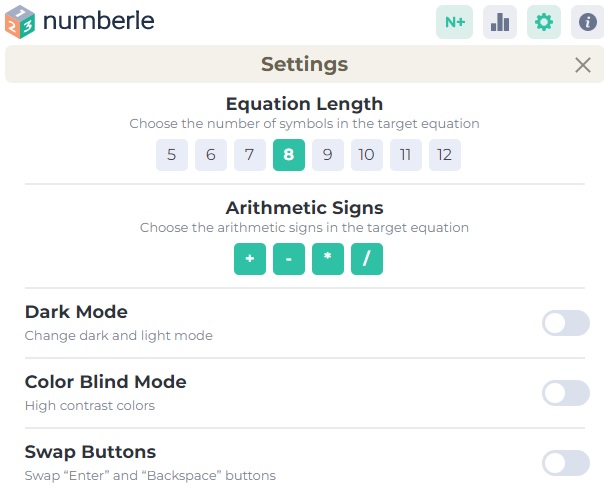 Another unique feature of this game is the Numberle Generator (N+). You can use this to make your own math equation and challenge your friends to play together. The most standalone feature of this game math fans is that you can play it infinitely. There are no limitations, unlike other Wordle alternatives.

As of now, Numberle only has a random mode that allows players to guess mathematical equations of whatever length they choose. Along with this, they can also use the Numberle Generator to challenge their friends.

In the coming days, Numberle will also have Daily Mode and Hard Mode. In the Daily Mode, every player in the world will have the same mystery equation to guess every day, just like Wordle.

On the other hand, Hard Mode will specifically be for players who love figuring out difficult mathematical puzzles using their bigger brains. The developer hasn’t announced when these two modes will be added but the website says “Coming soon.”

Playing Numberle is very simple. If you have already played Wordle or other games like it, then you won’t have any issue understanding it. Firstly, launch a web browser on your PC or smartphone and visit the Numberle.org website. 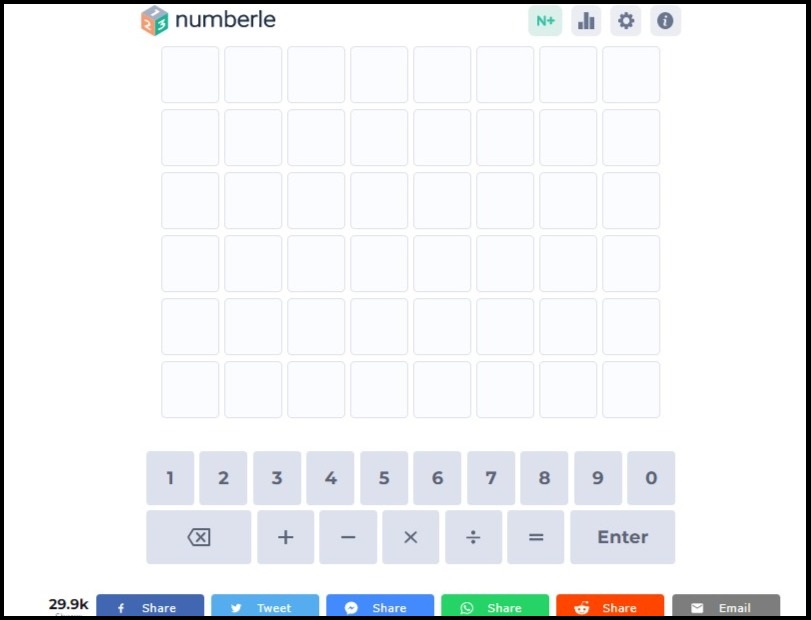 Now you will see an empty grid on the screen to enter numbers and mathematical signs. You can also click on the “gear” icon from the top right corner to adjust the length of the equation.

You have to start the game by entering any mathematically correct equation. Make sure you do not use an equation where numbers or signs are repeating to get more clues. You can use your keyboard or the on-screen keyboard to arithmetic signs including + – * / = or numbers from 0 to 9.

According to these clues, you need to keep entering numbers and signs until all the tiles turn green together. That’s when you will have guessed the mystery equation correctly.

The rules to play Numberle are very simple. You have to correctly guess a mathematical equation in 6 or fewer attempts. At first, you may choose the length of the equation and also the arithmetic signs that it should have from settings. 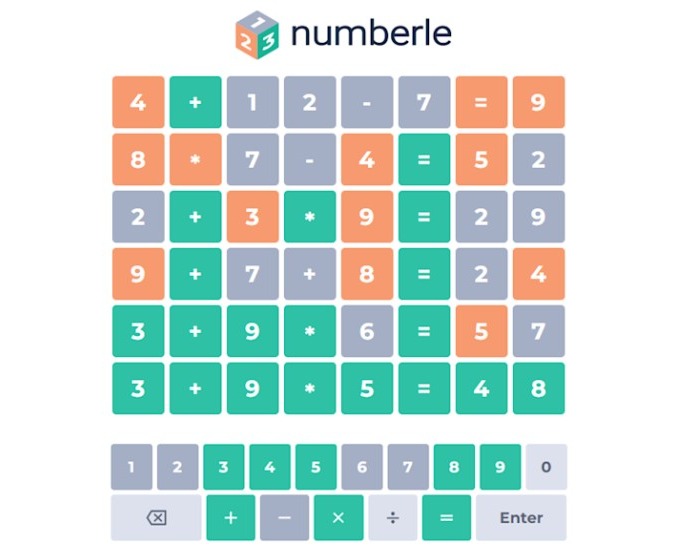 Wordle also follows the same color concept but uses yellow to represent the right character in the wrong column, however, Numberle has replaced it with brown. Other than that, you can use the same strategies that you use while playing the word-guessing game every day.

A lot of players don’t know but there are more than Wordle-like games called Numberle. There is another Numberle game by GitHub user DDuarte. It isn’t the same game as we have explained above, but it is also suitable for people who like mathematics and numbers.

The developer describes it as a “stupid adaptation of Josh Wardle’s Wordle.” Players have to guess a single Numberle (which is a combination of 5 numbers) every day, and they can play it only once every 24 hours, just like the original word-guessing game. 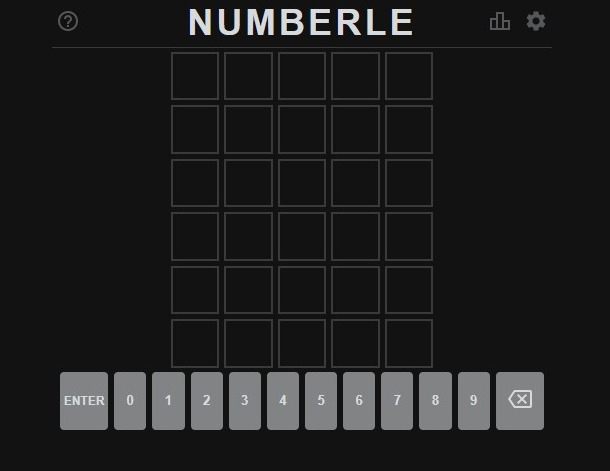 Players have to guess a mystery 5-digit number in 6 or fewer attempts. Every player in the world will have to guess the same mystery number on a given day.

It is very similar to the game we have explained above but there is no involvement of equations. So, you do not have to use arithmetic signs. You only need to enter and guess numbers.

How to Play it?

To play this game, open a browser and click on this link. Now you will see an empty grid where you have to input random numbers. You have 6 attempts to guess the right 5-digit Numberle of the day. 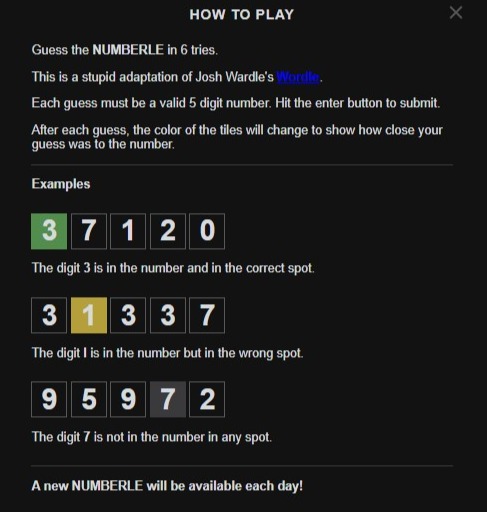 Keep thinking of numbers according to clues and you’ll be able to guess the mystery number. The game is fairly simple than other Wordle-like games.

Depending upon the time you have and your mood, you can try either or both of these Numberle(s). Don’t forget to show off your results on social media platforms.