Dark Souls PvP servers for PC have been offline for over four months due to remote code execution (RCE) exploit that lets hackers take over your computer. Now, the PC servers for the widely played action RPG by Bandai Namco are coming back online, starting with Dark Souls 3. 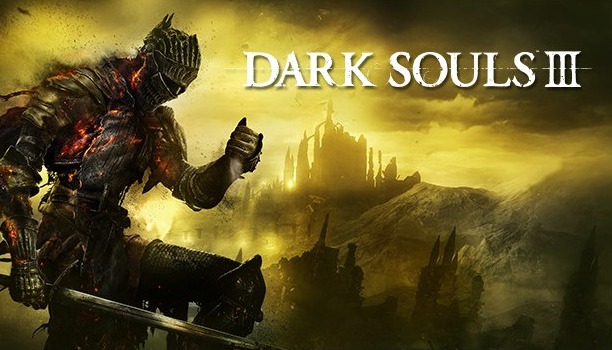 There have been countless speculation and unconfirmed reports about the incoming fixes after the servers went offline at the beginning of this year. Later, the developer FromSoftware confirmed that the fix would come after the release of Elden Ring.

However, more than three months have passed after Elden Ring launched on February 25, 2022, and went on to become a massive hit. Still, there were no updates on when the PC servers for Dark Souls 1, 2, and 3 will come back online. It’s finally happening though.

Dark Souls PvP PC servers have been offline for months now, and fans are missing their favorite action RPG series. After more than four months, there is finally good news available for the players as FromSoftware is working efficiently to bring the back the servers live.

Earlier in May, a Reddit user claimed that a Bandai Namco support representative had said that help was on the way. This was the first official confirmation after the developer stated in February that servers will be live again after the launch of Elden Ring.

bandai namco confirmed the servers will be back from darksouls3

Now, PC Gamer has received an email from FromSoftware where they mentioned, “We are currently in the process of restoring the online servers for the Dark Souls series on PC. We plan to restore online service for each game progressively, bringing back servers for Dark Souls 3 once we complete the necessary work to correct the problem.”

The email further stated, “We will provide additional updates as soon as the restoration schedule is finalized. We want to thank all our players for your patience and understanding as we work to fix this issue.”

"We are currently in the process of restoring the online servers for the Dark Souls series on PC." https://t.co/9aJsdHjk8H

This official confirmation indicates that Dark Souls servers will be online once again very soon, possibly by the end of this month.

Dark Souls 3 Servers will be online first, followed by other games

The email sent by the developer also states that “we will bring back each game progressively.” This indicates that FromSoftware will first make the servers for Dark Souls 3 live, followed by Dark Souls 2 and Dark Souls.

When we tried contacting the publisher, Hiro Ito, Bandai Namco’s spokesperson, shared the same statement with us and confirmed that Dark Souls 3 will be the first game to have its servers restored. However, he didn’t share any specific timeline for the same.

FromSoftware has confirmed that the Dark Souls servers will be back online soon! (Starting with Dark Souls 3) pic.twitter.com/WJZpIlloHT

It seems justified as Dark Souls 3 is the most played game in recent times among the three editions. We are currently trying to reach out to more authorities and will share more information soon.

Why were the Dark Souls Servers Taken Offline?

Dark Souls series is massively popular for addictive gameplay and extreme difficulty. Online multiplayer is one of the key components of the game that make it highly addictive. However, in January, the publisher Bandai Namco had to shut down the PvP servers for the games due to a serious security flaw.

The RCE exploit allowed hackers and invaders to run code on someone else’s PC without permission and acquire access to the system via Dark Souls 1, 2, or 3. Thus, Bandai Namco had to take down the Dark Souls servers with the following statement:

We apologize for this inconvenience.

Luckily, the developer is working to bring back the servers live once again, so the players will be able to explore the immersive world again.

Are Elden Ring servers safe from the RCE Exploit?

Yes, the Elden Ring servers are absolutely safe from the RCE to exploit and you don’t need to worry about playing it. Fortunately, the security flaw was caught in time to take the necessary security measures before its launch.

So how many of ya'll leaving Elden ring and coming back to Dark Souls 3? Servers will be back soon!

Thus, Elden Ring players can play PvP, PvE, or any other mode without any worries. Dark Souls 1, 2, and 3 servers on consoles are also safe. The flaw was only available on the PvP PC servers.

However, the devs will fix it soon and the servers will be live again very soon. We will keep you updated about it. Stay tuned.