One of the most popular game systems on the market is Sony’s Playstation 2. As a result, PS2 is Sony’s best-selling and most popular gaming system. And because of its popularity,  there have been several localized versions and emulators developed. Some emulators on PC had comparable requirements, therefore they were able to run the game smoothly. You couldn’t play PlayStation 2 games on your cell phone because of the lack of power and compatibility. However, as time went on, Android-based emulators were built.

It is possible to play PlayStation 2 games on a mobile device using a variety of PS2 emulators. These emulators can work on Android smartphones since they have been designed specifically for them. PS2 games may now be installed and played on Android phones thanks to high-end graphics and processing systems.

In this article, we have listed the top PS2 Emulator for Android. All these emulators are well tested and will work for you.

An emulator is a software application that runs on a PC and simulates the functions of a different computer system. For example, you can use android on a PC by simply installing a .exe file known as an android emulator. Similarly, an Android APK will run a PS2 emulator, allowing you to use the PlayStation 2 on your mobile device. Here are some of the best PS2 Emulators. 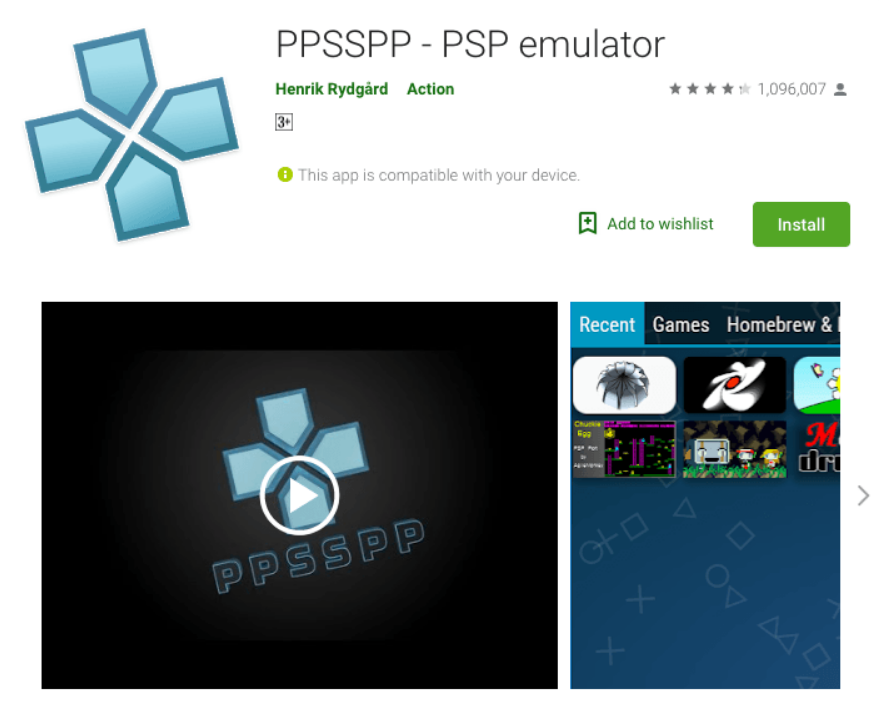 PPSSPP is a smartphone app that allows you to play Sony PSP games. It has been downloaded by millions and has an average rating of 4.2+, making it the greatest PSP emulator on the market. Playing PlayStation 2 games on the PSP, Sony’s portable handheld device requires only a console and a TV box. To make the most of the mobile screen area, the PPSSPP emulator has been adjusted so that PS2 games may be played in full view.

It’s a decent emulator that handles the games well. Overall, the PPSSPP allows you to play all PS2 games with a well-defined control mapping, despite occasional latency. 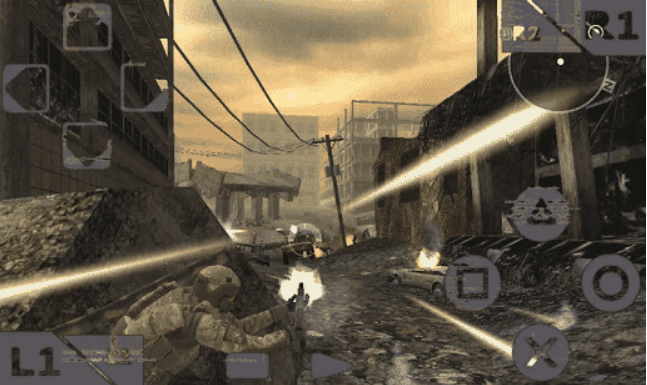 Among Android’s greatest PS2 Emulators, Play! is one of the best for128-bit games. Because of the system settings of this emulator, it may experience issues at times. Other than that, the software has several useful features, such as a simple installation and a wide range of customization options. A BIOS file isn’t required to play games.

Using this emulator, you may play all of your favorite games. In this emulator, the frame rate is about 10-15 fps (frames per second). This program, however, isn’t accessible on Google Play Store; instead, you’ll need to go to purei.org to get it.

Games like Shadow of the Colossus, Grand Theft Auto: San Andreas, mortal combat, God of War, and Final Fantasy X are all available for you to play. Other operating systems, such as Linux, Windows, and Mac, are all supported with Play! PS2 emulator. 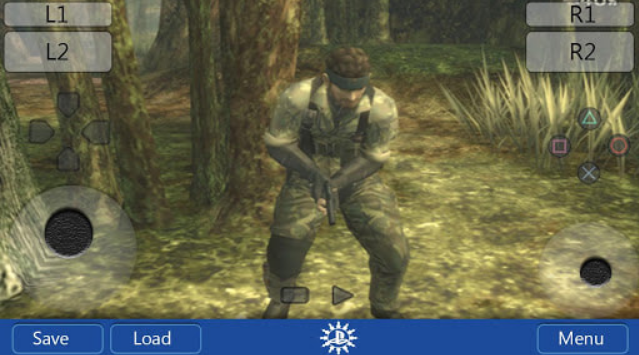 A fantastic Android PS2 emulator is PTWOE. It was formerly accessible through the Play Store. But, it was later withdrawn from the Store for reasons that were never made public. This emulator is still available for download from the official site, so you may use it on your mobile device to play your favorite PS2 games.

There are presently two versions of PTWOE. In terms of speed, stability, and issues, each version has its unique UI that sets them apart. To determine which one works best with your Android, you’ll need to use them on your android. 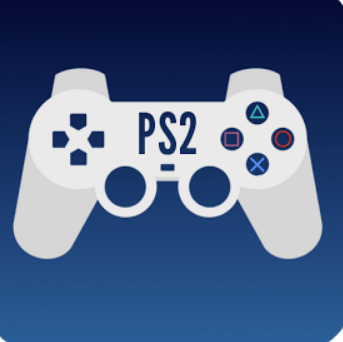 This is another excellent PS2 Emulator for Android that can replicate the gameplay exactly as it is on the original console. Even the UI of this emulator is sleek and easy to understand, with thorough instructions for each feature.

This is a PS2 Emulator with all the necessary functionality, such as save states, on-screen controllers, maps, and good GPU graphics. However, certain games may not operate correctly with this app because it is a cross-platform application. 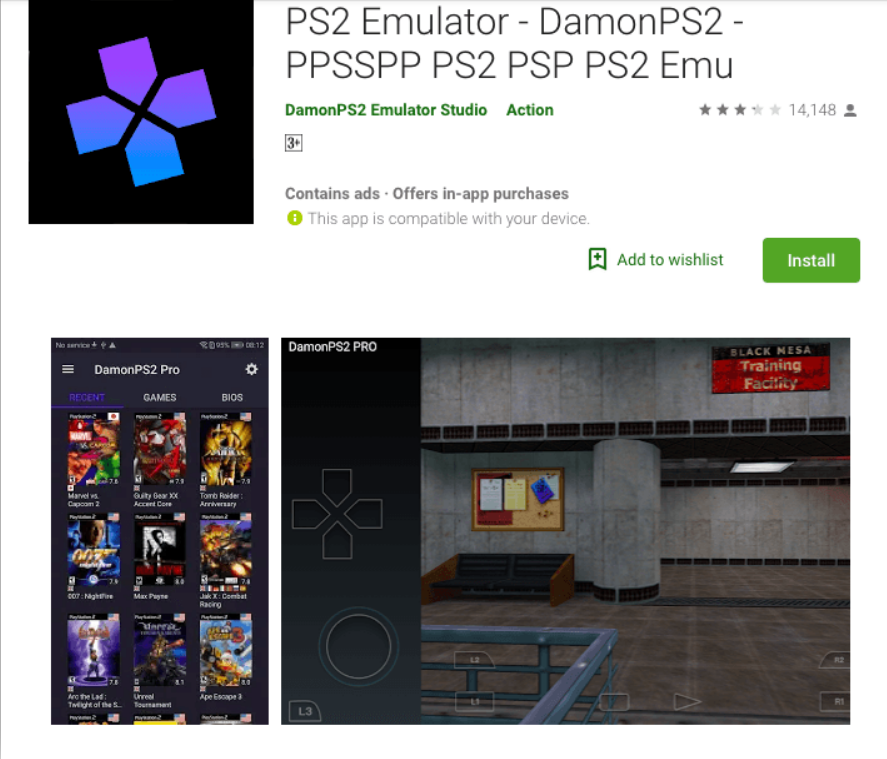 Developed by DamonPS2 Emulator Studio, DamonPS2 is another popular and high-speed PS2 emulator for Android smartphones. Almost all of the PlayStation 2 games can be played on this emulator. You may play any PlayStation 2 game on your Android phone by optimizing and simulating them. The game’s performance will also depend on the specification of the phone. The DamonPS2 emulator plays PSX and PSP games, which is a huge benefit.

DamonPS2 allows you to bypass the BIOS boot game, as well as multi-threading. Widescreen support, memory card compatibility, and Neo acceleration are just a few of the perks you’ll get with the DamonPS2 Pro. Frameskipping and fast-forwarding are missing from this app (may be added in the future). 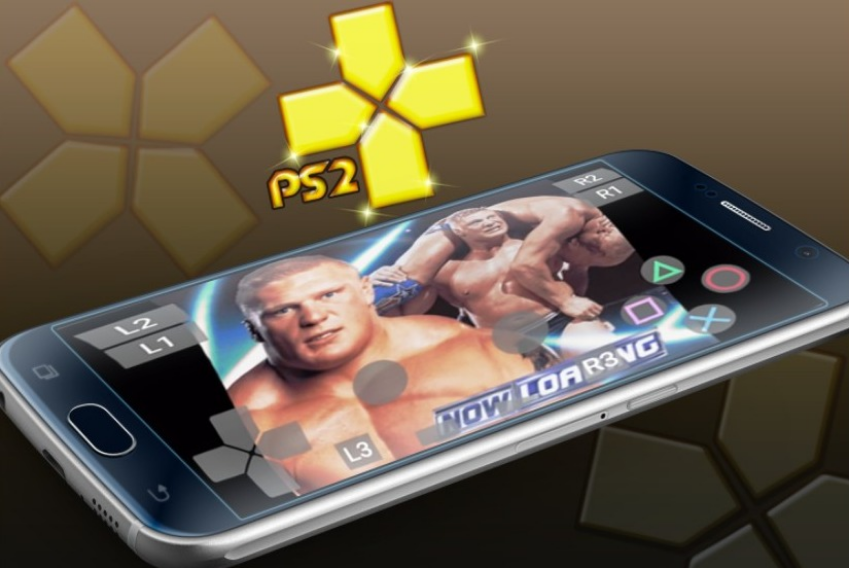 Next up on our list of the best PS2 emulators for Android is Golden PS2. Fas Emulators is the company that has created this emulator. If you’re looking for an excellent PS2 Emulator for Android, this one is it.

It offers some of the best features. It supports almost 90% of the games. Additionally, it is free to use. You will get multi-threading support for accelerated speed.

These are the top PS2 emulators for Android. These emulators are checked personally before being recommended. You can try these and let us know which one do you think is the best.