Bayonetta 3 is the direct sequel to 2014’s Bayonetta 2 and the third installment in the beloved Bayonetta franchise featuring the stunning witch. The upcoming iteration will be developed by PlatinumGames and published by Nintendo. Read on to know everything about it so far. 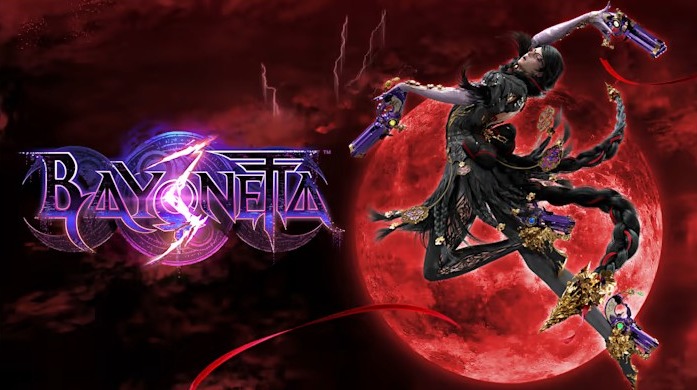 Cereza, the famed Umbra witch is going to return to Switch before Halloween to take down new foes and meet new allies alongside familiar ones. The upcoming action-adventure title is one of the most anticipated games coming to Nintendo Switch.

Recently, Nintendo confirmed the release date for Bayonetta 3 at a Direct Mini showcase. The announcement also introduced a new mode known as “Naive Angel” which will basically cover up nudity in the upcoming installment to make it more family-friendly.

Yes, Bayonetta 3 is coming as Nintendo announced the game officially in 2017. After that, both the developer and publisher kept silent, except for some subtle teases. In September 2021, Nintendo published the first look at Bayonetta 3.

The announcement came with the news that the game would launch sometime in late 2022. However, rumors then started emerging that it’s going to delay a bit as PlatinumGames needs more time for the development.

The executive producer Hideki Kamiya stated, “Bayonetta 3 is real, and the day when you’ll be able to hold it in your hands and play is definitely coming! Rest easy and look forward to more info to come, because no matter how great your expectations may be, I promise we’ll deliver an experience that exceeds all of them.”

Fortunately, the rumors turned out to be false and Nintendo officially confirmed the release date for Bayonetta 3.

What is the release date of Bayonetta 3?

Bayonetta 3 is launching on Friday, October 28, 2022, on Nintendo Switch. Fans will be able to get their hands on the Umbra Witch and jump into the adventure just in time for Halloween.

Will Bayonetta 3 launch on PC?

No, Bayonetta 3 will not launch on PC. It’s not going to be available on PlayStation and Xbox consoles either. The upcoming installment will only be available on Switch as Nintendo is the publisher of the series. 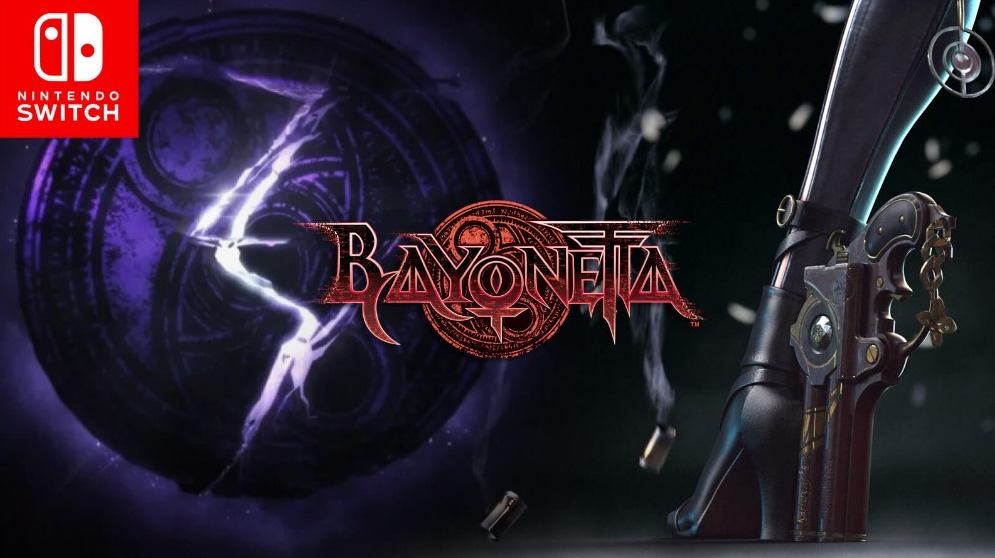 Bayonetta 3’s story will follow up the ending of Bayonetta 2 which set up a paradox that ultimately sets the first game in motion. The player will once again take up the role of the Umbra Witch as she’s going to fight against the bigger threats this time.

“Mysterious life forms appearing to be neither angel nor demon attack amid the ravaged streets of the Shibuya area of Tokyo, where Bayonetta then makes a graceful appearance. Why is she in Tokyo? And how far-reaching is the invasion of this new enemy?” 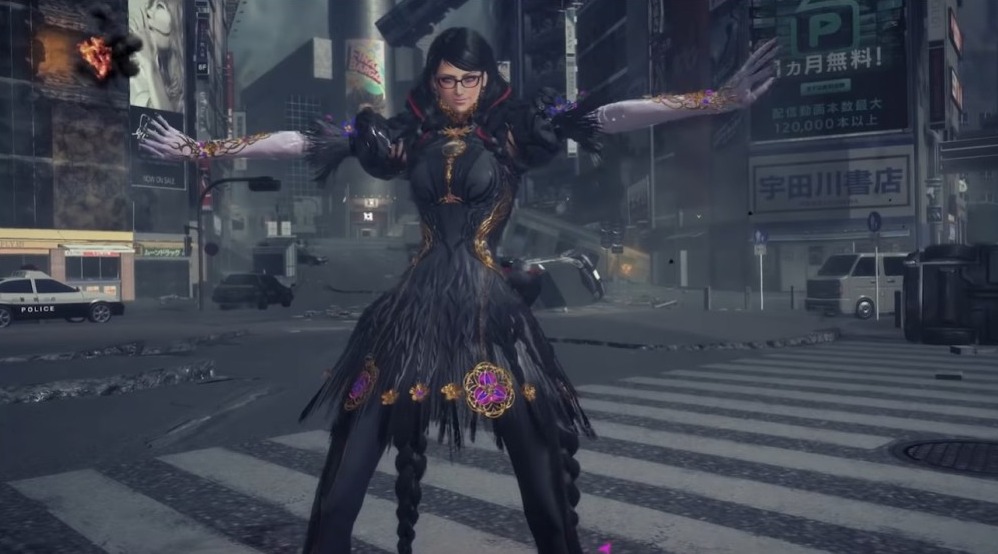 The upcoming installment will also expand upon the systems and mechanics familiar to the franchise. It’ll be a thrilling action-adventure featuring spectacular and visually wonderful combat.

There will be elements like Witch Time, Torture Attacks, and Wicked Weaves making their return. The players will be able to unleash multiple Torture Attacks at once for maximum impact. The beautiful with is also going to unleash some new tricks. 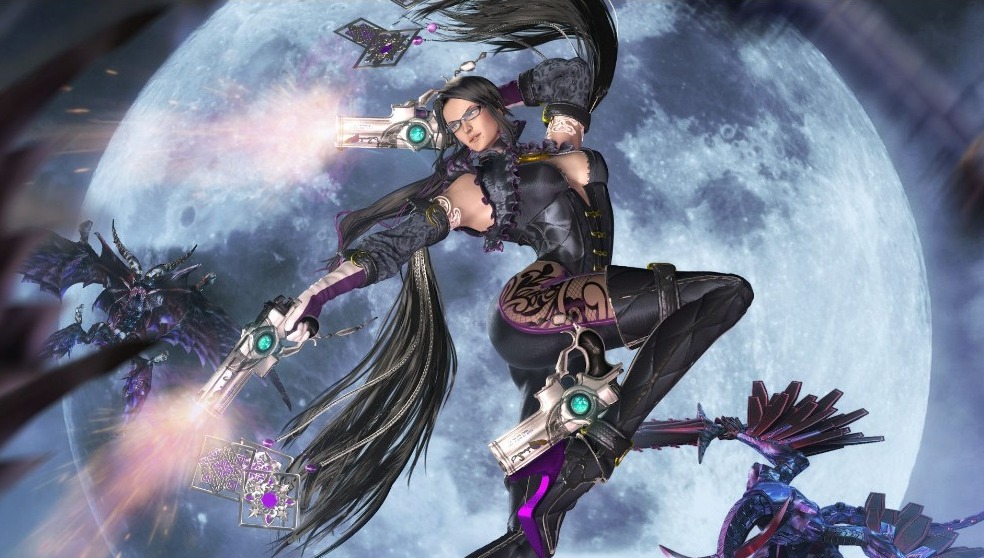 Demon Masquerade is going to be up her sleeves (or sleeveless) where the Witch temporarily assumes the form of a demon and Demon Slave. It expands upon the concept of Climax Summons that allow taking control of demons and unleashing surreal power.

Bayonetta 3 Gameplay Trailer: What did it reveal?

Nintendo dropped the new gameplay trailer for Bayonetta 3 just days ago. You can watch it here:

The latest Bayonetta 3 gameplay trailer revealed a number of important elements alongside the fast-paced fighting that’s been a staple of the series. The Umbra Witch is going to meet her previous allies Rodi and Luka, and a new friend named Viola.

They’ll be on the quest to defeat the threat from the mortal world. The latest clip has some scenes where players are seen controlling and fighting with Viola. This might mean that players will be allowed to control more than just Bayonetta in the upcoming installment.

Where to pre-order Bayonetta 3 for Switch?

The pre-orders for Bayonetta 3 started on July 13, 2022. You can pre-order Bayonetta 3 on the Nintendo online store from here. The game costs $59.99 and you’ll be able to pre-load the game if you purchase it early.

There is also a Trinity Masquerade Edition of Bayonetta 3 which comes with a number of bonuses including a 200-page art book and a special box with the main cover art. It costs $79.99.

For the players in the United States, Bayonetta 3 is also available to pre-order on Amazon, Best Buy, and PlayAsia. The fans in the UK can pre-order the game on Amazon, Base, Shopto.net, and GAME.

No pre-order bonuses have been announced for Bayonetta 3 at the time of writing. We’ll keep you updated when PlatinumGames makes an announcement about them.

Here is the latest news and rumors about Bayonetta 3. We’ll keep updating this section until the game launches and the stunning witch’s next battle kicks off.

Bayonetta 3 has introduced a Naive Angel Mode that makes the gameplay more kid-friendly by covering up the nudity. This is due to the fact that a majority of the Switch audience is below the age of 18.

There was a general assumption that it was Nintendo’s decision to introduce the new family-friendly mode. However, the creator Hideki Kamiya has put an end to fan theories and revealed that Nintendo didn’t make any request to remove the nudity from the game. 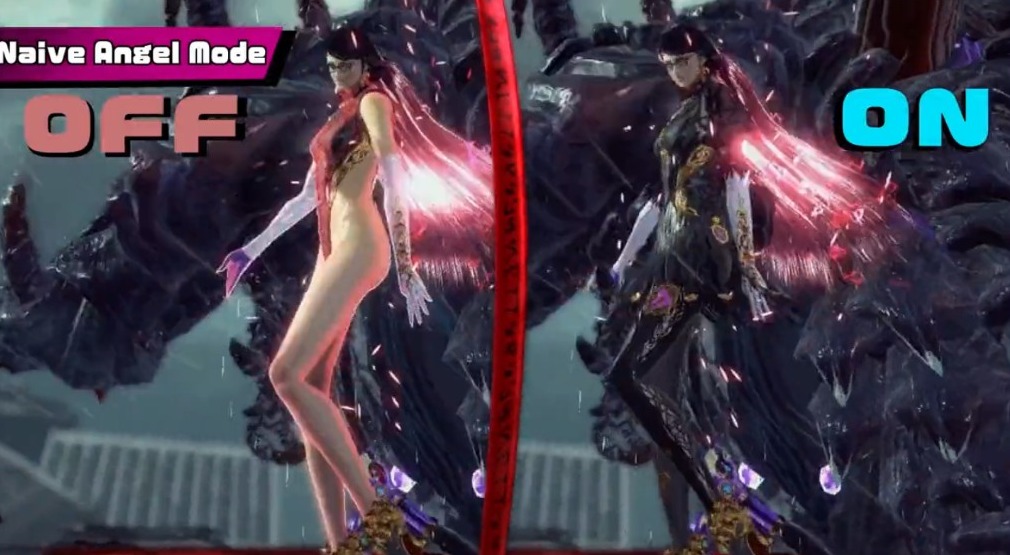 On top of that, Nintendo actually wanted Bayonetta’s Link outfit in previous games to be more revealing in the upcoming edition.

“I see a lot of people bring up Nintendo when discussing the nudity in Bayonetta, but during our time with the Bayonetta 1 port, Bayonetta 2 and Bayonetta 3, the only suggestion we received was regarding the Link costume in Bayonetta 1 and 2, and how it should have been a little bit more revealing,” said Kamiya, translated by Nintendo Everything (via NintendoLife).

“No bias influenced that aspect of the game, and I think players can enjoy the game without worrying that it may have been… after working with them [Nintendo] for such a long time, I get the impression that although there are times where we may butt heads, they’re surprisingly open to direct discussions around development and sales.”

It’ll be very interesting to see Bayonetta performing wicked weave attacks in the third installment. Are you excited?