British Politician and Foreign secretary Liz Truss will be the next Prime Minister of UK.

46-year-old Truss contested against her fellow party member Rishi Sunak in the race to be the next Tory party leader. Amid the ongoing political turmoil in the UK after the incumbent Prime minister’s resignation, there is a lot of focus on the personal life of Liz Truss.

It is just a matter of time to see if she will get the keys to 10 Downing Street to move there along with her family.

Let’s get to know more about Liz Truss and her family members in our article today.

Everything about Liz Truss and her Family Elizabeth Mary Truss was born in the year 1975 in Oxford, England. She studied Philosophy, Politics, and Economics at Merton College, Oxford.

Post completion of her studies, she joined the corporate world and worked in companies like Shell and Cable & Wireless. She then decided to try her luck in politics.

Truss served as a Member of Parliament (MP) for South West Norfolk for more than a decade now. She served as Environment Secretary from 2014 to 2016 and Justice Secretary and Lord Chancellor from 2016 to 2017. Truss tied the knot with Hugh O’Leary, who happens to be an accountant by profession. The couple married in the year 2000. The duo met for the first time in 1997 at the Tory Party conference.

Truss recollected their first date in an interview given to You magazine in 2019, saying, “I invited him ice-skating and he sprained his ankle.”

Their relationship was a little shaky in 2006 when her affair with the then Tory MP Mark Field was disclosed in public. However, her marriage survived the rough patch and the couple is now happily married as confirmed by her a few years ago.

She had earlier jokingly said that her husband’s stint at the London School Of Economics comes in handy to her whenever she wants to have a late-night discussion on issues pertaining to supply-side reforms or econometrics.

The couple recently celebrated their 22nd wedding anniversary this year. 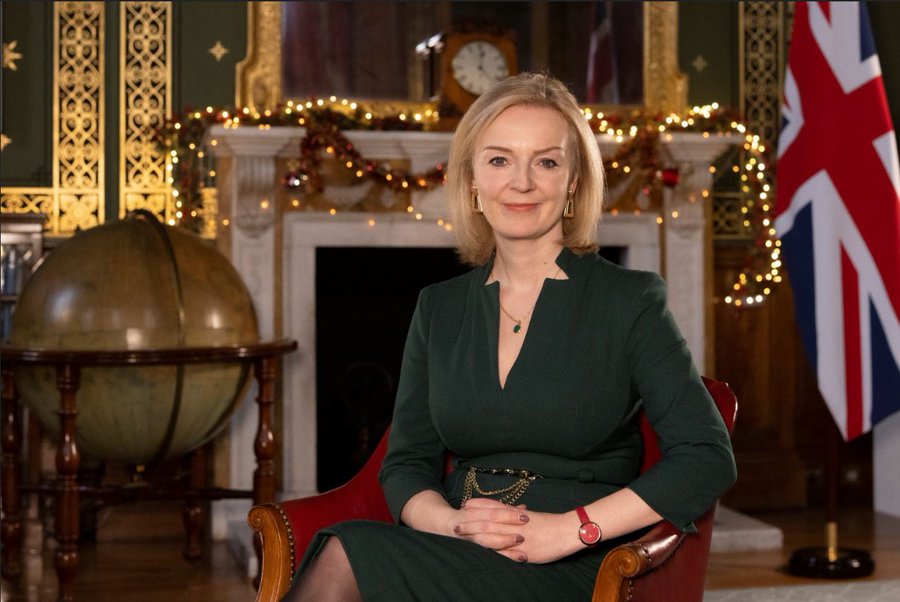 The couple shares two daughters – Frances and Liberty together. Their kids are away from the glare of media and the public eye.

Although not many details are available about her daughters in the public domain, it is believed that her eldest daughter Frances would have turned 16 this year in March as Truss shared an Instagram post back in 2020 revealing Frances’ age as 14 then.

Her younger daughter Liberty is expected to turn 14 this year in November as the Foreign Secretary shared an Instagram post in 2018 which revealed Liberty was 10 years old then.

Truss had earlier discussed the influence Liberty had on her style, saying, “She introduces me to places I wouldn’t think of much.”

In an interview with Pienaar’s Politics a few years back in 2018 she said that she locked her daughter’s mobile device in a box to ensure she uses it less frequently as she spends a lot of time on mobile, saying, “I’m known as the phone jailer in our household.”

Liz along with her family members – Husband and Kids live in the market town of Thetford, Norfolk.

Stay in touch for all the latest news and updates!