Netflix’s recent series, “Monster: The Jeffrey Dahmer Story” has made us recall the horrifying crimes of Jeffrey Dahmer, America’s most notorious serial killer, sex offender and cannibal. As we continue to discuss this nerve-shaking case, one is bound to question his family’s role in the making of this “Milwaukee Monster”. While his younger brother David decided to get a new identity, people want to know what happened to  Jeffrey’s father Lionel Dahmer. Here is everything you need to know about him. 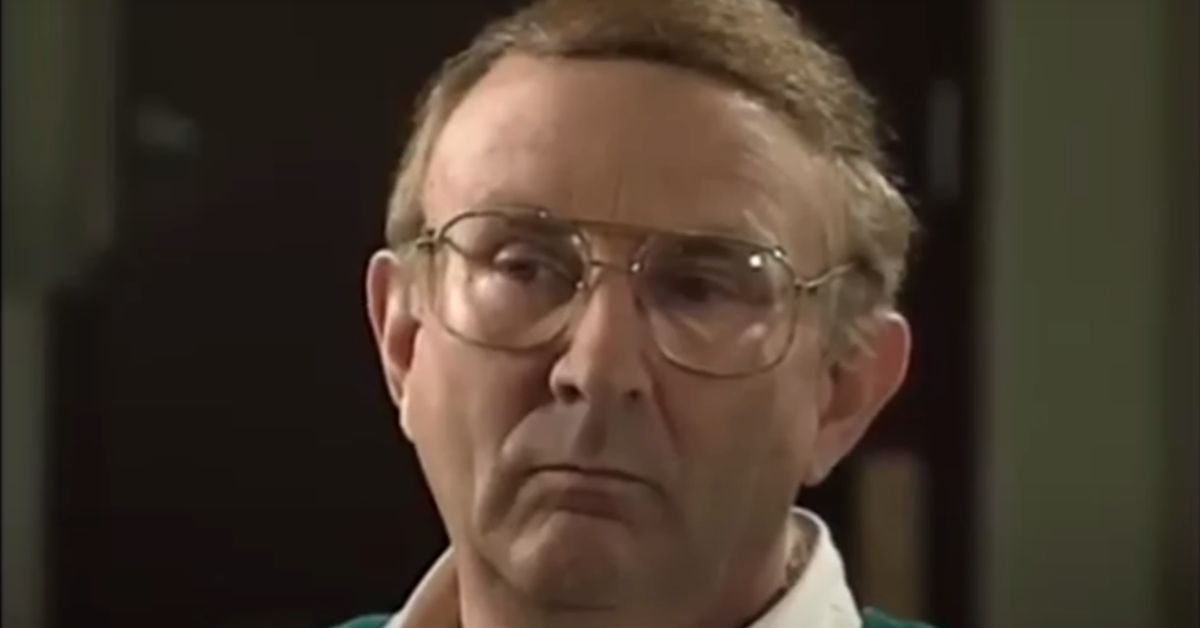 All About Jeffrey’s Dad, Lionel Dahmer… 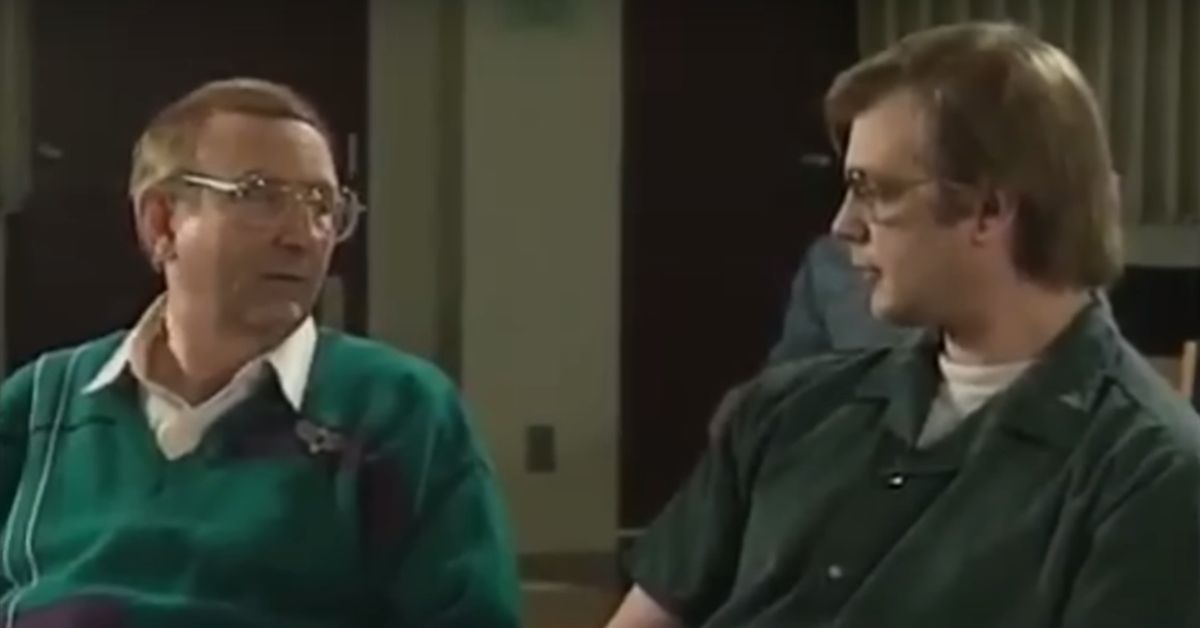 Lionel Dahmer is the father of American serial killer, Jeffrey Dahmer, who murdered and dismembered 17 innocent men and boys, most of them gay and people of color. He was of German and Welsh descent and was a fundamentalist Christian who never supported Jeffrey’s sexual orientation. Many sources report that Lionel didn’t treat Dahmer well as a child.

During his career, Lionel worked as a writer after graduating from the University of Wisconsin (1959) and receiving a Master of Science from Marquette University (1962). In 1966, he attained a degree in Doctor of Philosophy from Iowa State University.

From 1960-1962, he served as a senior research chemist at PPG Industries, Barberton, and a research supervisor in analytic chemistry. Jeffrey’s interest in medical science came from his father. Little did this man know that the medical procedures he was teaching his son, were someday going to be used by Jeffrey to preserve human organs

During Jeffrey’s first grade, Lionel kept himself away from home due to his university studies. At that time, his wife, Joyce Flint, who was hypochondriac and depressed demanded constant attention and spent most of her time in bed. Jeffrey started feeling unsure of the solidity of the family” and recalled extreme tension and arguments between his parents during his early years.  He divorced Jeffrey’s mother in July 1978. Between 1978 to 1991, Jeffrey killed 17 innocent men and boys.

Jeffrey’s thrill for dead animals began when he saw Lionel removing animal bones from beneath the family home. In an interview, Lionel recalled that his son was “oddly thrilled” by the sound of bones” and became preoccupied with them. He even started exploring the bodies of living animals to locate their bones. Lionel learnt about Jeffrey’s crimes, along with the rest of the world, when this serial killer was finally arrested in July, 1991 after killing 17 men and boys. He was sentenced to a 16th term of life imprisonment in 1992 and shifted to the Columbia Correctional Institution in Portage, Wisconsin, where he was killed by a fellow inmate, Christopher Scarver, after serving only two years of imprisonment.

Months before his death, Jeffrey’s father and his stepmother, Shari Dahmer went on Larry King Live. His father had written an entire book “A Father’s Story”, detailing Jeffrey’s upbringing. However, the intention behind this book was to ascertain his involvement in what his son would eventually do.

In his book, Lionel Dahmer described that he had complicated and contradictory feelings about his son. He wrote in his book that the prescription drugs that Joyce Flint took whilst her pregnancy, could have negatively affected Jeffrey’s brain. Well, we don’t know about that, but one thing is certain. This man made a lot of money as a result of his son’s death.

Since Jeffrey’s death, Lionel appeared in several documentaries about the serial killer. From the limited series,  Dahmer on Dahmer: A Serial Killer Speaks, to Biography to Dateline NBC, Lionel opened about several details about the “Milwaukee Monster”. It was like cameras followed him everywhere. On the other hand, the recent Netflix series “Monster: The Jeffrey Dahmer Story” explores details of how Jeffrey’s parents turned him into a serial killer. Even though they did not play an accomplice in Jeffrey’s heinous crimes, his troubled childhood certainly played an integral role in shaping him into a viscous cannibal and necrophiliac. But again, nothing can put it as an excuse for what Jeffrey did.

It has been reported that when Jeffrey was cremated in 1995, Lionel Dahmer and Joyce got into a debate over their son’s brain. His mother, Joyce Flint, wanted to donate his brain to science because she wanted it to be studied in order to assess if there was a medical condition for his behaviour. Meanwhile, Lionel was hardly interested and wanted the brain to be cremated with the rest of his son’s remains. 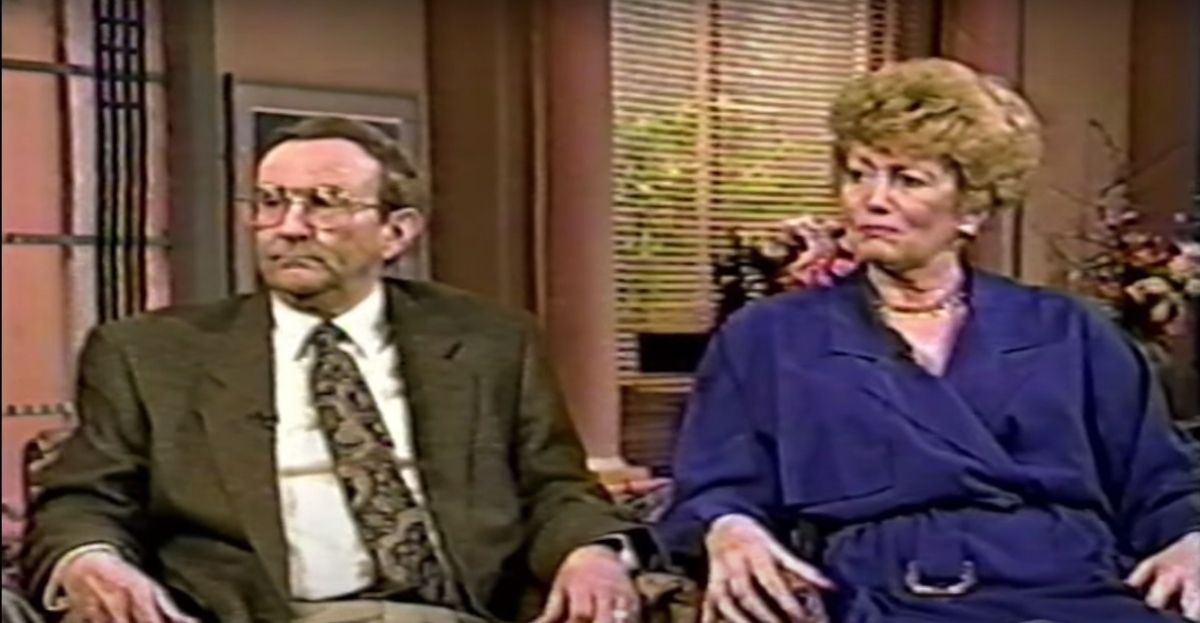 During his trial, Jeffrey put the entire blame on both his parents for turning him into a monster. However, Lionel has continued to deny any responsibility. Since his last appearance in 2020, he has embraced a life of privacy.

Despite him maintaining that it was all his fault and his parents, Lionel and Joyce Dahmer, had nothing to do with who he became, his troublesome childhood played an integral role in shaping Jeffrey into a vicious cannibalistic serial killer and necrophiliac.

However, Lionel continued to visit his son, Jeffrey in prison along with his second-wife Shari. There is no denying that Lionel loved his son, irrespective of his heinous crimes. Lionel revealed in an interview that he was negligent and probably didn’t give emotional care to him.

He even blamed his chemistry background for Jeffrey’s fallout and said:”As a scientist, I wonder if the potential for great evil resides deep in the blood that some of us, may pass on to our children at birth.” Lionel Dahmer is 86-year-old now and is living with his second-wife Shari Dahmer in Seville, Ohio. What do you think about Jeffrey’s father’s role in his son’s crimes?