The iconic Met Gala carpet went beyond fashion this year and became a medium for love.

On the steps of the Met on Monday, New York City commissioner Laurie Cumbo got engaged to Bobby Digi Olisa. For the first time in Met Gala history, a New York City love story played out in real life. The Met Gala is well known for being a rather glamorous event that often features celebrity attendees showing off their most chic dresses.

It also had another big news that came which was the engagement of the New York City commissioner. Apart from all the fashion, this was one of the most talked about stories at Met Gala 2022. Here’s everything you need to know.

The Surprise Proposal on the Met Gala Red Carpet 2022

It was as real as a classic romantic movie. The starry night of Monday will be one of the memorable nights for the newly engaged couple.

Laurie Cumbo, Commissioner of New York City, Department of Cultural Affairs made the highlight of the evening with her surprise proposal. The Commissioner was making her red carpet appearance with beau Bobby Digi Olisa when he played the most beautiful card of the game.

With all eyes fixed on Olisa, he got down on one knee and proposed to Laurie during the Met Gala. Audience members screamed in excitement, urging Laurie to say “yes”. She responded with a nod and the crowd erupted with screams of joy!

As everyone glued their eyes to the couple, Laurie removed the glove from her left hand as Bobby put the engagement ring.

A number of videos from the special moment are doing rounds on the internet as people are gushing over the cute couple.

The Engaged Couple on the Met Gala Carpet Expressed their Joy

Celebrities stopped their interviews as Bobby got down on one knee to live the greatest moments of his life. The former assembly candidate expressed after the proposal saying there is no right time to do this. 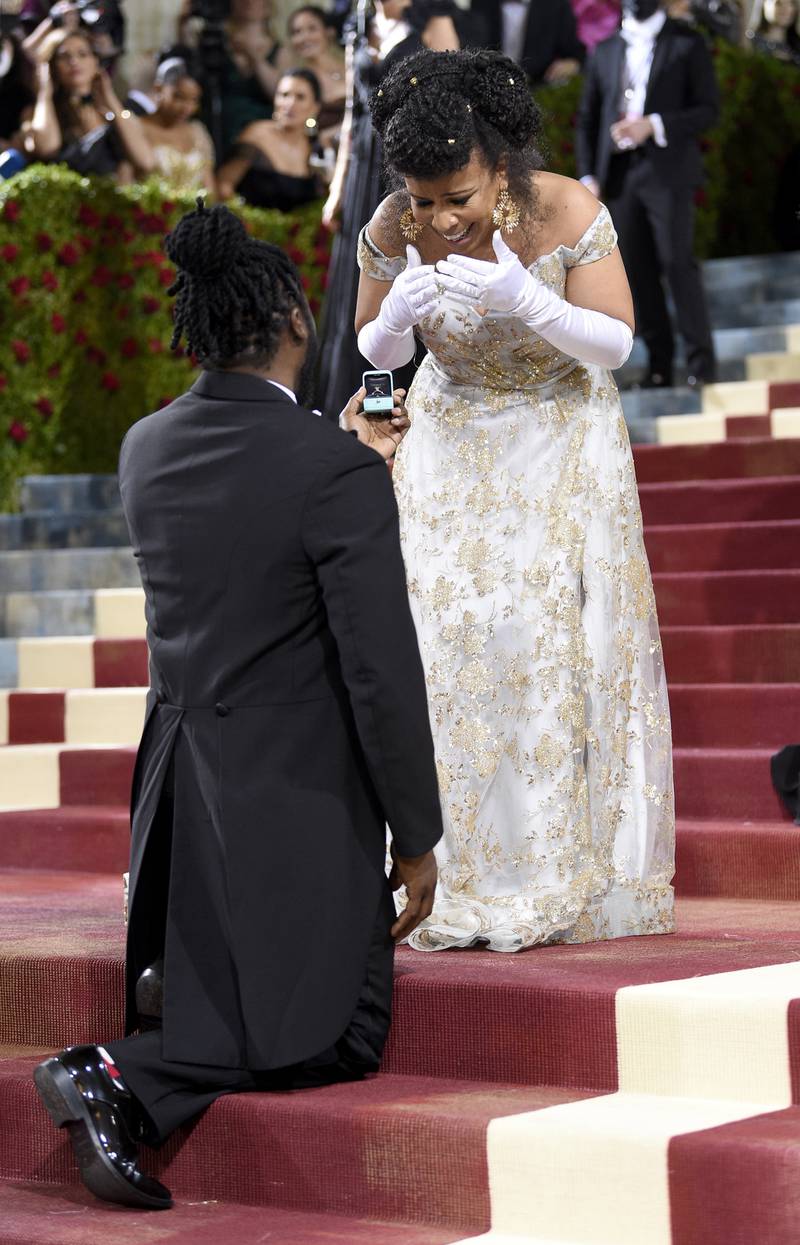 He expressed that the couple had talked about the moment. He mentioned the ongoing crisis in the world will always make you think and wait for the right time. He added, “So today, we’re going to make it happen”.

Laurie Cumbo who was full of joy and wearing the widest smile shared with the press that this moment was everything she thought of.

She added that this is one of the moments we wait for almost half of our lives thinking about how will it be. Concluding that this was it for her. She added, “Now I’m coming back with my now-husband as the commissioner for the Department of Cultural Affairs.”

The night turned out to be quite special for Laurie Cumbo who is now engaged to the love of her life. Now, that they are engaged, Is it too soon to hear the wedding bells?!