The Sendai Colony battle has finally come to a close, but who will stand as the last man standing between Ishigoori and Okkotsu? Find out in Jujutsu Kaisen Chapter 180.

Jujutsu Kaisen is coming closer to the end of another great arc, of which Sendai Colony is just a small part, but it is looking like one of the finest battles in shounen manga in history is yet to unfold between Okkotsu and Ishigoori.

If you wanna follow along the crazy ride that is Jujutsu Kaisen’s Culling Game Arc or just wanna see some more of Okkotsu Yuuta and Rika, then check out Jujutsu Kaisen chapter 180 on the official Viz Media website, where you can read the latest chapter for free.

The conclusion of the battle between Yuuta and Ishigoori will be coming on 1 April 2022. So get ready to experience the best of shounen when it comes to Viz Media.

In the last chapter, we saw all three of the elites in Sendai Colony duke it out and as a means of last resort, all of them used their Domain Expansion which ended the chapter in a cliffhanger. And we’ve been waiting since to know the conclusion of the match between Ishigoori, Oro, and Okkotsu. 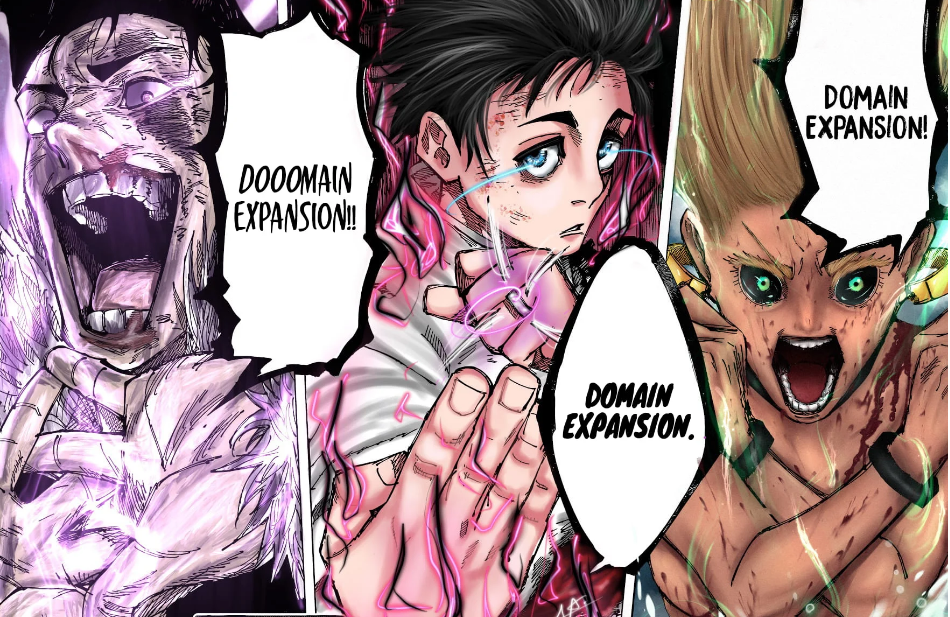 So this chapter we start with the full page spread of each of the fighters unleashing their Domain Expansion. After this, we are explained through the manga, the hidden objective that Ishigoori and Oro had before using their greatest technique, Domain Expansion.

The trick is to keep Rika, Okkotsu’s curse manifestation away from their Doman Expansion collision, because when Domain Expansions collide, all of their must-hit techniques would cancel each other, so Okkotsu would be the only one gaining the advantage.

The Black Demon of the Modern Era Returns

But while their plan is so close to fruition, what they don’t know about Rika is that the cursed spirit goes into a berserker state when she sees Okkotsu in grave danger. In addition to Rika getting more powerful, the cursed spirit of Kururoshi came back.

What the manga explains is that in his last moments, Kururoshi had reproduced with parthenogenesis, and when the parent had died the child had taken up all the cursed fear from around the area. 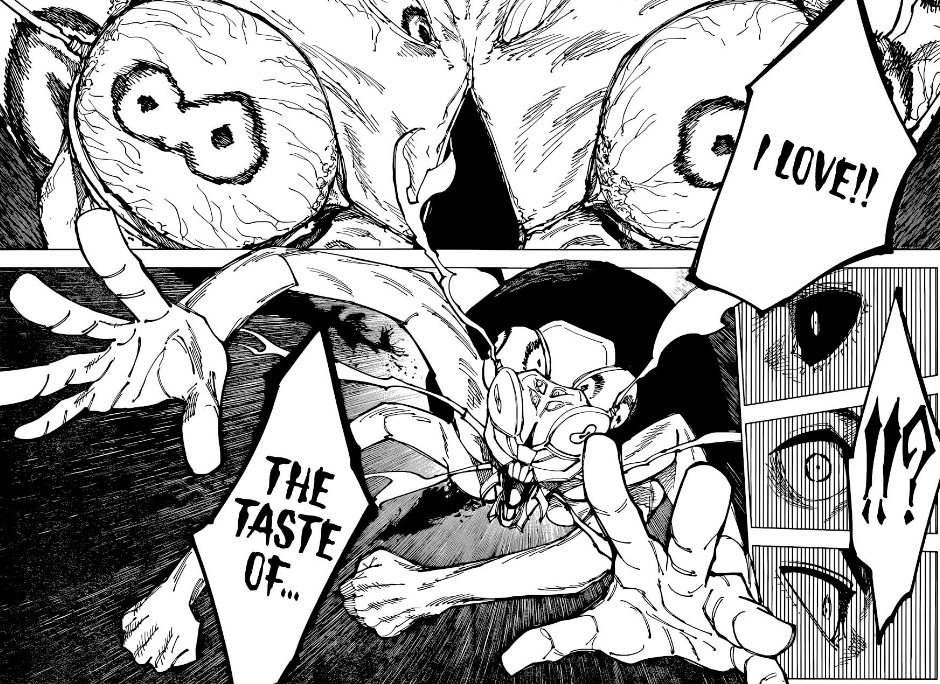 And now that there were two different unexpected intruders jumping into the scene and the complexity of three Domain Expansion, the barrier collapsed.

As Kururoshi is now back, Oro’s biggest weakness was once again on the battlefield, Okkotsu saw this as an opportunity and kicked Oro straight into the attack range of Kururoshi.

And now that all three of them had used Domain Expansion, their cursed techniques had been exhausted, Oro was left vulnerable against Kururoshi, who slaughtered her arm and left big marks on her body.

And Then There Were Two…

Seeing this Ishigoori said enough, as his techniques didn’t rely on stored cursed energy, rather cursed energy release, he blasts off the damaged body of Oro and the small existence of Kururoshi off the battlefield. 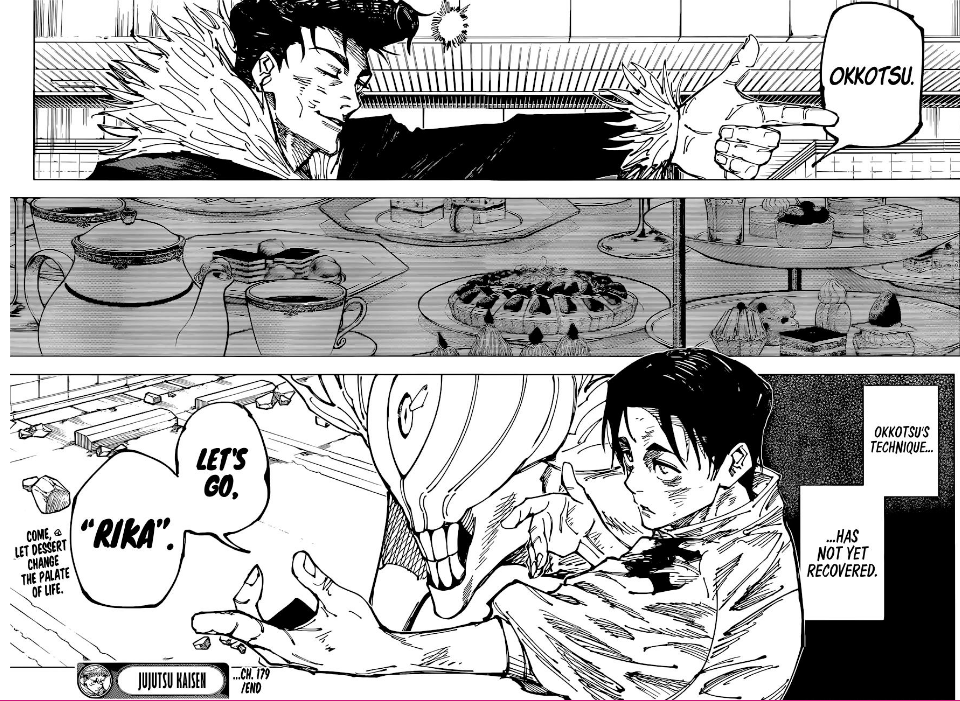 Though Okkotsu has Rika by his side, his overpowered mode by fusing with Rika had ended as well as his cursed energy has also been exhausted while Ishigoori has enough to wipe him off the battlefield as well.

As Ishigoori says in the manga the table is set and ready for the final battle of the two will start which will mark the end of the battle at Sendai Colony and our brief glimpse at the abilities and skills of the Special-Grade Jujutsu sorcerer Okkotsu Yuuta.

For more information and news about your favorite manga and anime, check out The Teal Mango.