The power of love is incredible! On July 4, Ozzy Osbourne and his wife and manager Sharon celebrated their 40th wedding anniversary. Sharon and Ozzy first met when she was 18 and he was 22. During that time, Sharon’s father, Don Arden, managed Ozzy’s band named BLACK SABBATH.

Ozzy started dating Sharon after leaving the band in 1979, and she became his manager. As a couple, they were married in Hawaii (Maui), in 1982 and now they are parents of three children Aimée, Kelly, and Jack.

On This Moment, Ozzy Posted Their Wedding Photo on Instagram

To mark the milestone, Ozzy shared a photo of himself and his wife on Instagram, with the caption “40 Years Ago Today! Happy Anniversary, My Love”. 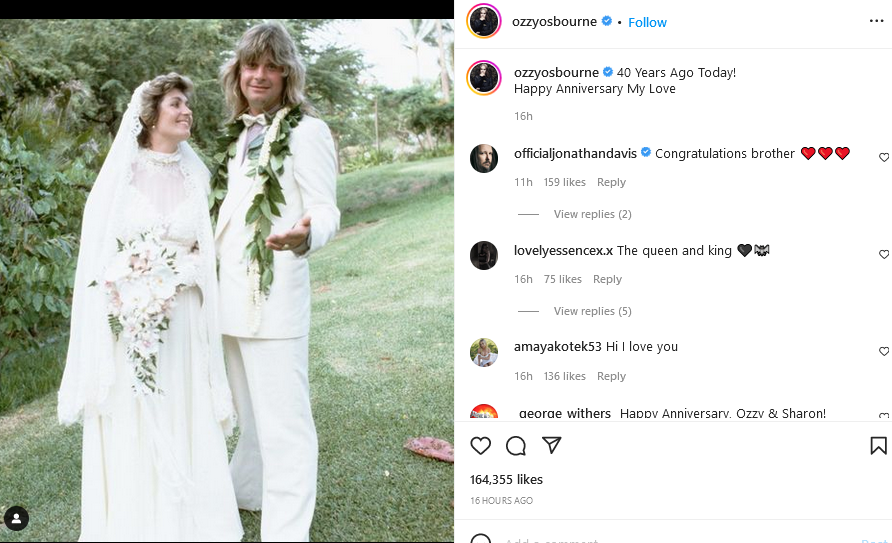 Additionally, Sharon updated a photo of herself and Ozzy along with the note, “2022 is a special year for me. It marks 40 years of marriage to my darling Ozzy. We first met when I was 18, over 52 years, we have been friends, lovers, husband & wife, grandparents and soulmates. Always at each other’s side. I love you Ozzy”. 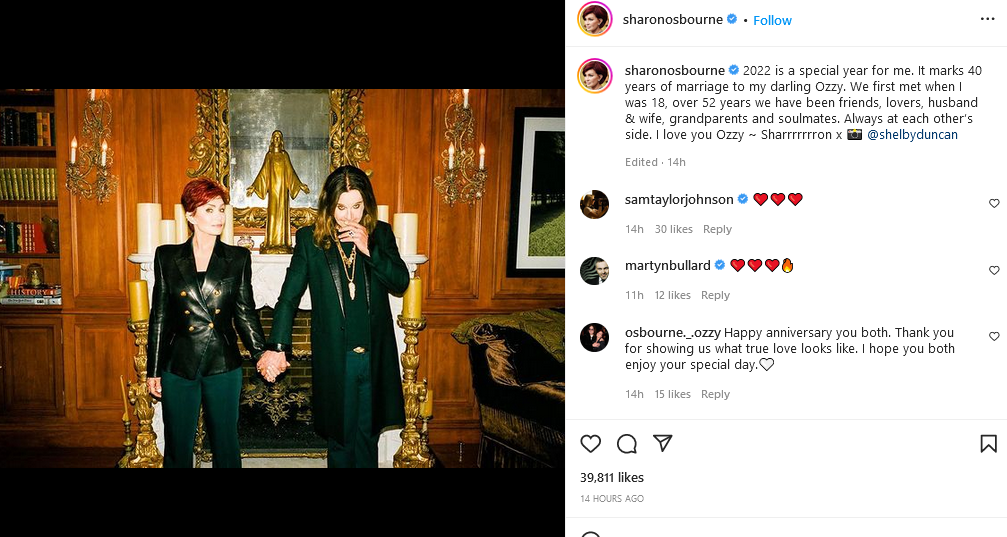 For their 40th wedding anniversary, Ozzy hoped to renew his vows with Sharon. Mirror reported this last month.

On Their 35th Wedding Anniversary, They Renewed Their Vows.

A year after they separated due to reports that he had an affair with a celebrity hairstylist, Ozzy and Sharon renewed their wedding vows just before their 35th wedding anniversary. The vent was held in May 2017. According to her, she and Ozzy had fallen in love, and she was one of quite a lot of women he had been dating. He then told Sharon that he will surely do whatever it takes to mend the impairment triggered by his affair. Ozzy went on to rehab for sex addiction, and the couple went to marriage counselling. 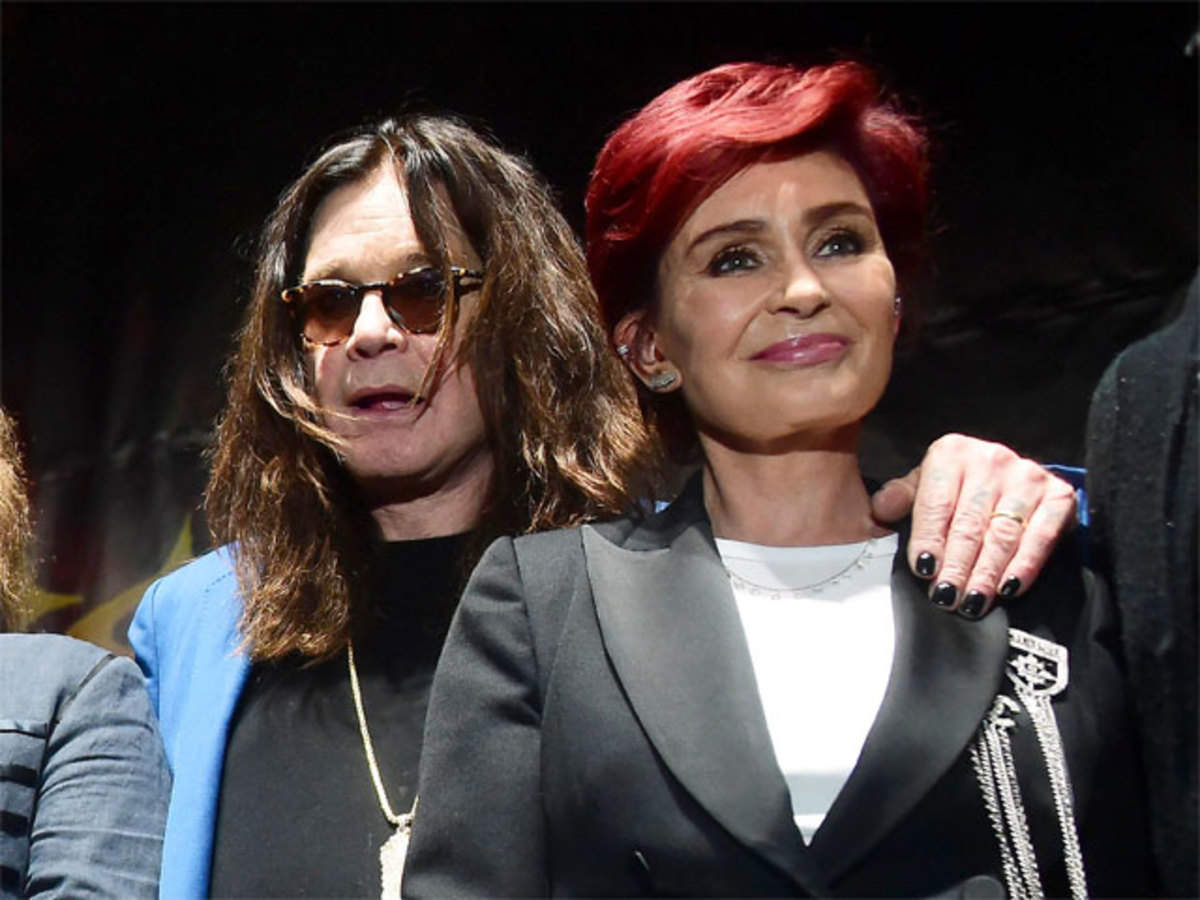 Sharon explained, “We’ve survived everything: drink, drugs, and now it’s women… When you’re fucking a load of women, one of them is going to want more. That’s the one that’s going to get you.”

According to Sharon, it wasn’t all Ozzy’s fault. She added, “It is hard when you are both successful and both working away. It is easy to take each other for granted… You have to have some ups and downs.”

Later, Ozzy expressed regret openly to the women with whom he had extramarital affairs. During their marital crisis, Sharon managed Ozzy’s career.

As he told after the 2017 ceremony celebrated at The Wynn in Las Vegas, “For me, this was actually our real wedding day. This is the one that I will remember. Sharon and I have been through so much, and this honestly feels like a new beginning.”

Their Biopic Will Be Produced By Sony Pictures And Polygram Entertainment

According to reports, Ozzy and Sharon have combined with Sony Pictures and Polygram Entertainment for producing the duo’s forthcoming biopic. Lee Hall, who wrote Elton John’s “Rocketman”, will write the script for the untitled film, which will be centred on the musician’s relationship with his wife as well as manager. 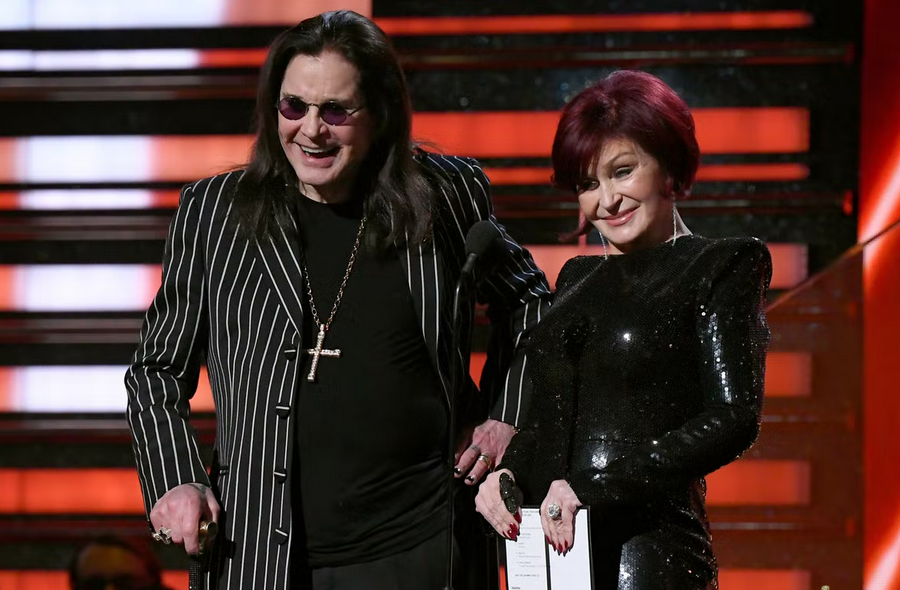 Sharon shared, “Our relationship at times was often wild, insane and dangerous but it was our undying love that kept us together, We’re thrilled to partner with Sony Pictures and Polygram to bring our story to the screen.”

Sharon and Ozzy have faced health issues throughout their decades-long relationship, including Ozzy’s Parkinson’s Disease, infidelity, and addiction. The two have, however, proven that their love endures. They are in our thoughts, prayers, and long life and good health.