Bella Hadid’s Dating History: From The Weeknd to Marc Kalman and More

Bella Hadid is one of the top models in the world right now. To date, she has walked the runway for many renowned brands like Tommy Hilfiger, Marc Jacobs, Philipp Plein, Balmain, Moschino, Chanel, Miu Miu, Missoni, and Bottega Veneta.

Over the years, Bella has established herself in the world of modeling. Apart from her professional life, her fans are also keen to know what’s going on in her personal life. They want to learn whether the model is single or ready or mingle. 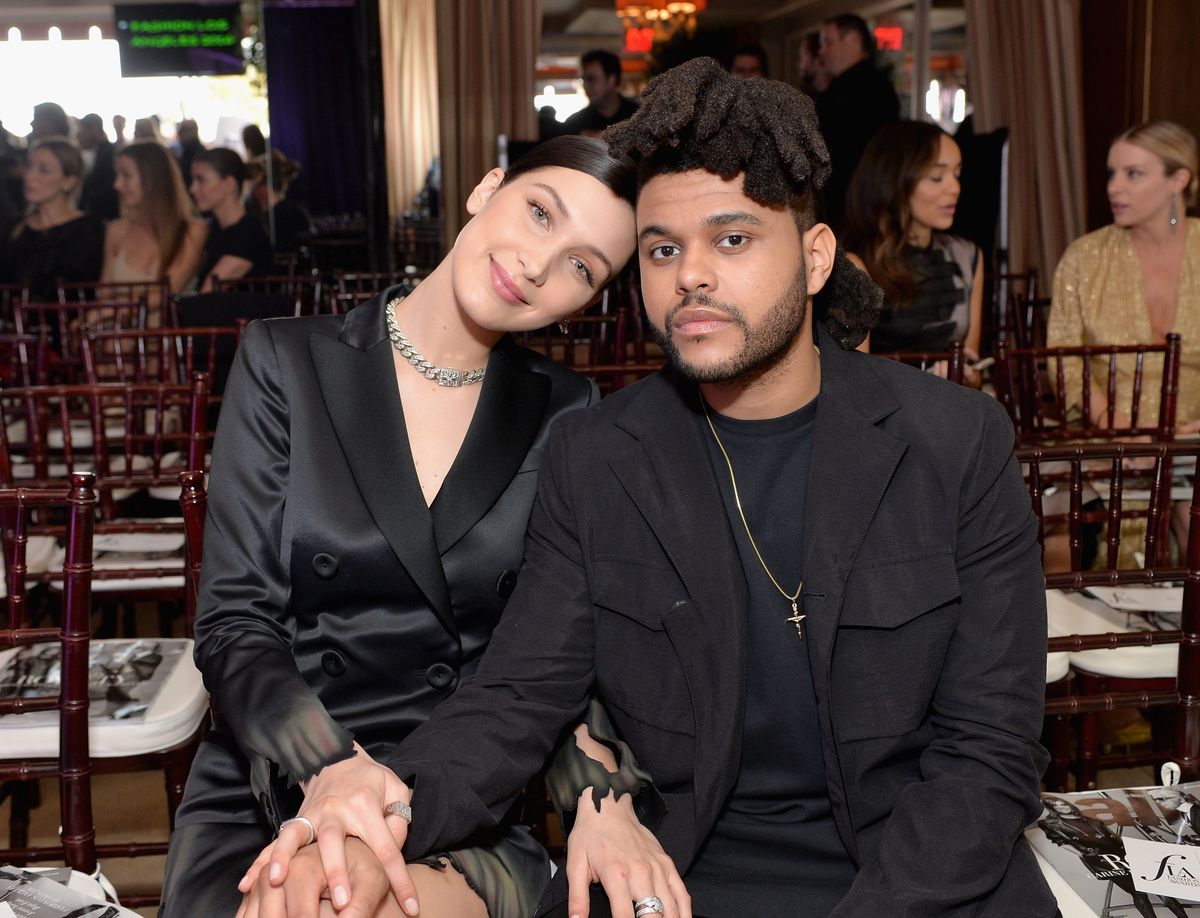 Throughout her life as a model, Bella Hadid has been romantically linked to many famous faces from Hollywood including the rock star The Weeknd. Continue reading further to know the men that the supermodel has dated till now.

The model dated Abel Tesfaye popularly known as The Weeknd from April 2015 to August 2019. Bella and Abel’s on-and-off romance started in the year 2015. The two of them sparked romance rumors after they were spotted at Coachella in April of the same year.

Then, a close source told E! News, “They were hanging out in Coachella and were flirting lots. They have many things in common and really enjoyed each other’s company. She loves his music as well. They are hanging out for sure now.” 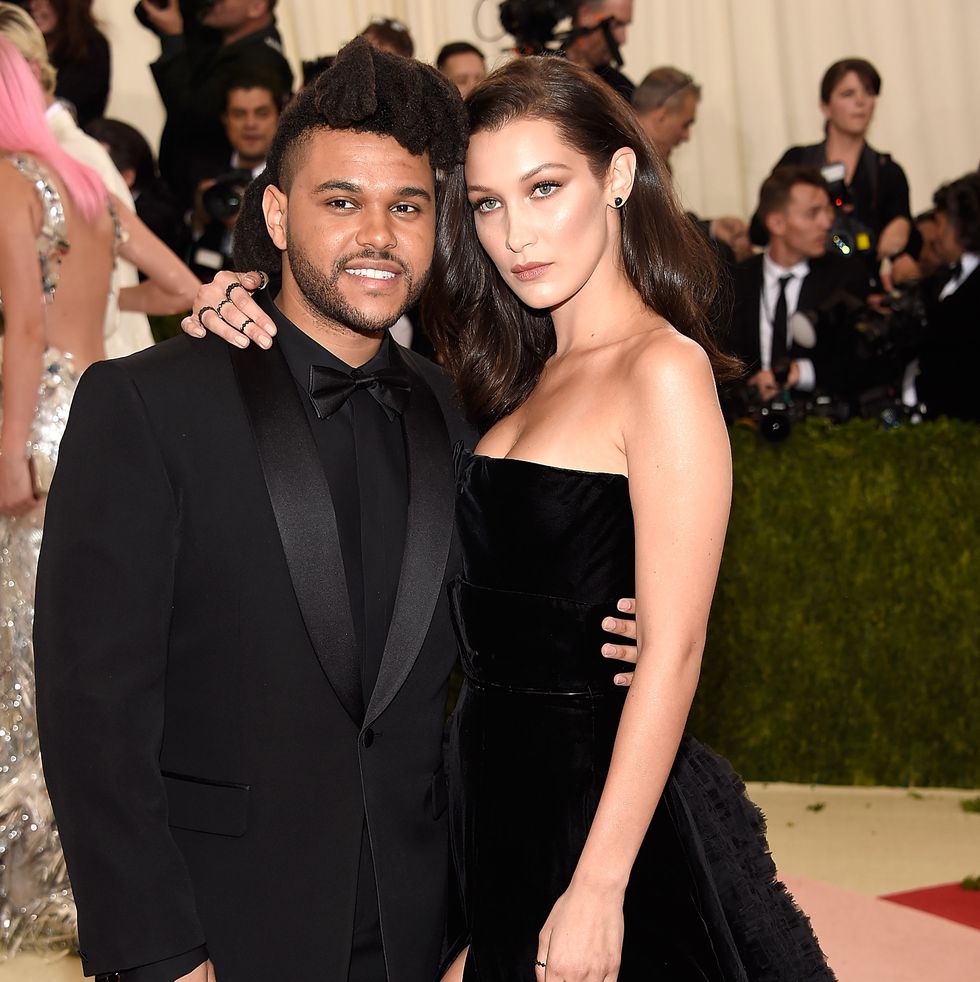 Soon afterward, Bella and the Save Your Tears singer were spotted out and about in public together on various occasions including fashion shows, music concerts, and award shows. She even appeared in the music video for his song In The Night.

The former couple made their red carpet debut at the Grammy Awards in February 2016. Around the same time, the two of them went Instagram official. The Weeknd took back home his first Two Grammys.

Later on, in an interview with Glamour magazine, Bella said, “It was a big night for him. He has worked so hard, and he did so well that night. As a girlfriend I wanted to be there to support him. Seeing him so happy when he won a Grammy made me so happy.” 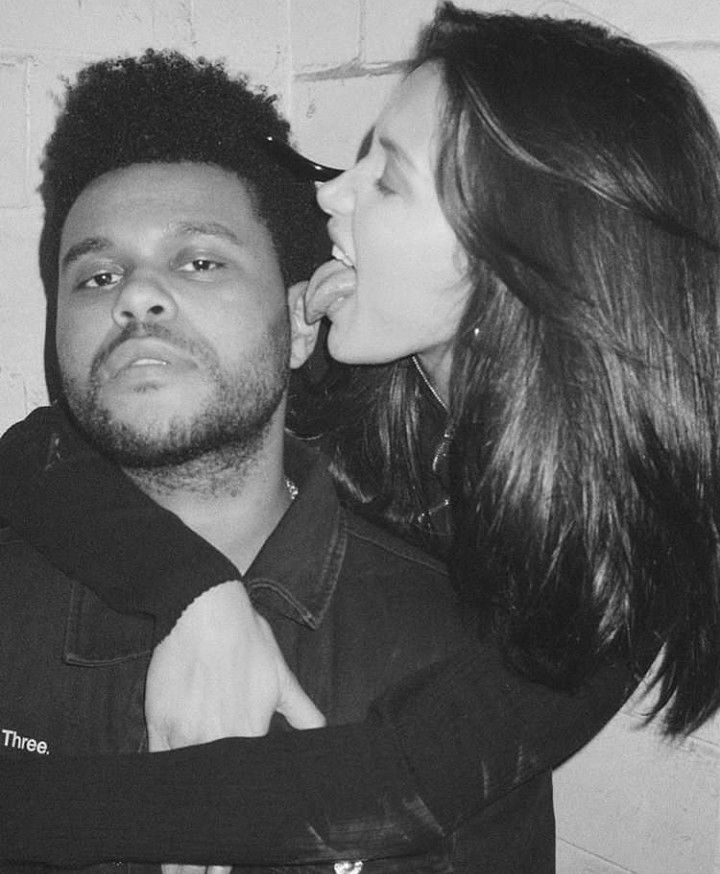 The pair made their Met Gala debut as a couple in February 2016 and she posted their picture on her Instagram feed as well. Both of them wore Givenchy for the event. In October, they took a vacation and headed to Tokyo.

In November 2016, People magazine reported that Bella and Abel called it quits. A source told the publication, “Their schedules have been too hard to coordinate and he is focusing on finishing and promoting his album. They still have a great deal of love for one another and will remain friends.”

Then, The Weeknd dated the Lose You To Love Me singer Selena Gomez and the couple even attended the May 2017 Met Gala together. Abel and Selena stayed together for nearly a year before calling it quits in October 2017.

An insider told People magazine, “She and Abel have been going back and forth for a few months about their relationship. It’s been hard with him being on tour and her shooting in New York. That wasn’t easy on them.” 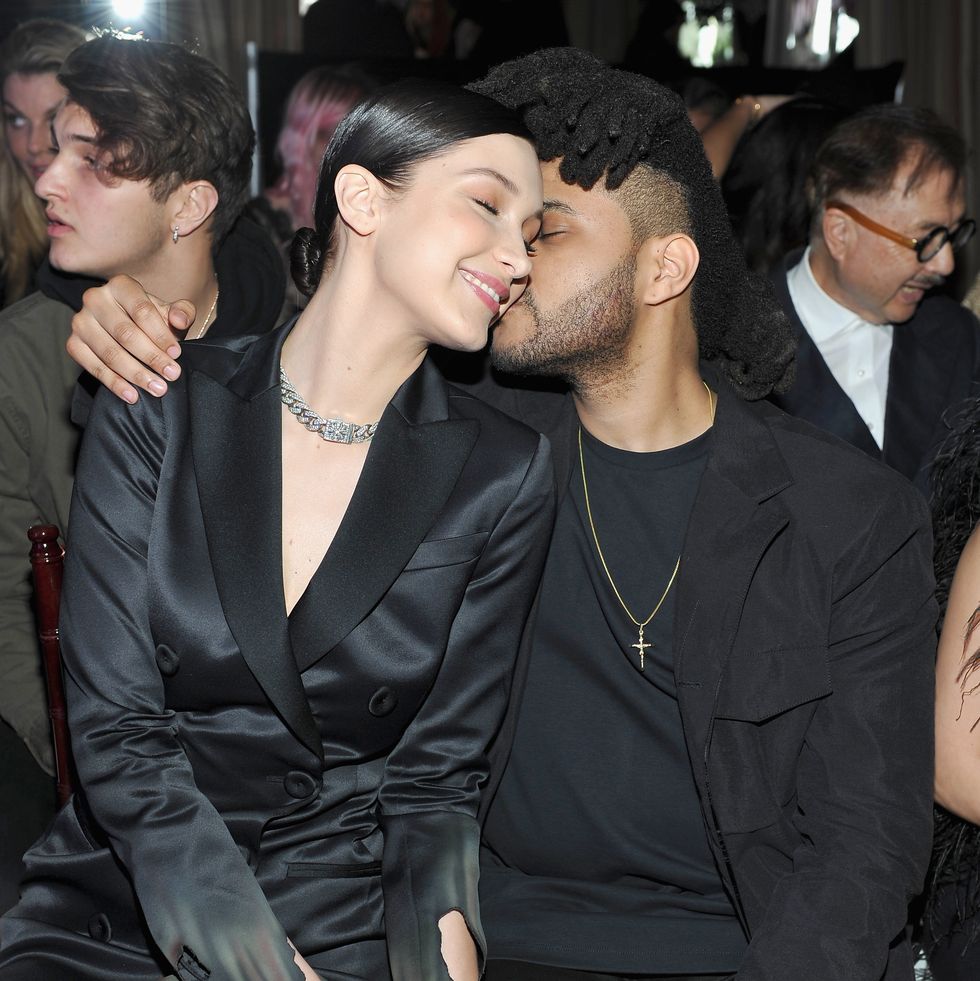 The Blinding Lights rockstar reconciled his romance with Bella in April 2018. At that time, the two lovebirds were spotting getting cozy at Coachella. Then, they were back on track and even celebrated his 29th birthday in February 2019 together.

Bella and The Weeknd pulled the plug on their relationship for the good in August 2019. At that point, sources told E! News, “They are in different places right now, physically and mentally. Bella is prepping for her fashion week commitments and Abel is working on his music and his upcoming acting debut.”

Isabella Khair Hadid, also known as Bella Hadid was romantically linked to the American football wide receiver Odom Beckham Jr. during one of her breaks from the Can’t Feel My Face singer The Weeknd.

The romance rumors of the pair began spiraling in the air after the two of them were snapped in public together a couple of times between November 2016 and January 2017. In 2016, sources told BET, “They had known each other before, but once she split from The Weeknd, Odell reached out instantly. They really enjoy each other’s company.” Later on, in February 2018, the athlete dropped a flirty comment on Bella’s Valentine’s Day Instagram post. He took the comments section and wrote, “Valentine’s Day alone… the best way.” He also added a winking emoji. Although to date, neither Bella nor Odell has made any official comment on all those dating rumors.

In the year 2017, Bella was rumored to be dating the In My Feelings rapper Drake. Their whirlwind romance saw the light of the date in June 2017 when they were snapped leaving a club together.

As per the reports, the model was romantically involved with the Canadian singer between March and November 2017. After a while, the dating rumors of the pair went dormant but things changed when he dropped his album Scorpion. He released his album in the summer of 2018. The fans assumed that the lyrics of his song Finesse were referenced to Bella Hadid. He rapped in the song, “I can’t even lie/I’d rather stay inside/I can’t do suit and tie/Can’t be in a room with you and stand on different sides/One thing at a time/I have to learn to hide/One thing at a time/Emotions running high/I wish you felt alright.”

At one point in the song, Drake referred to New York Fashion Week as well. He continued, “I want my baby to have your eyes/I’m going against my own advice/Should I do New York? I can’t decide/Fashion week is more your thing than mine.”

Up until now, the One Dance singer has not talked about the lyrics of the song. In November 2017, Us Weekly reported that Bella and Drake stopped talking when the rapper ghosted Bella.

Bella Hadid sparked dating rumors with Duke Nicholson, the actor grandson of Hollywood icon Jack Nicholson in October 2020. At that time, Page Six reported that the two of them were seeing other each other.

Later on, a representative of Bella denied the romance. The source told the media outlet, “Bella and Duke are not dating. They met once through mutual friends but have not been in touch since.” 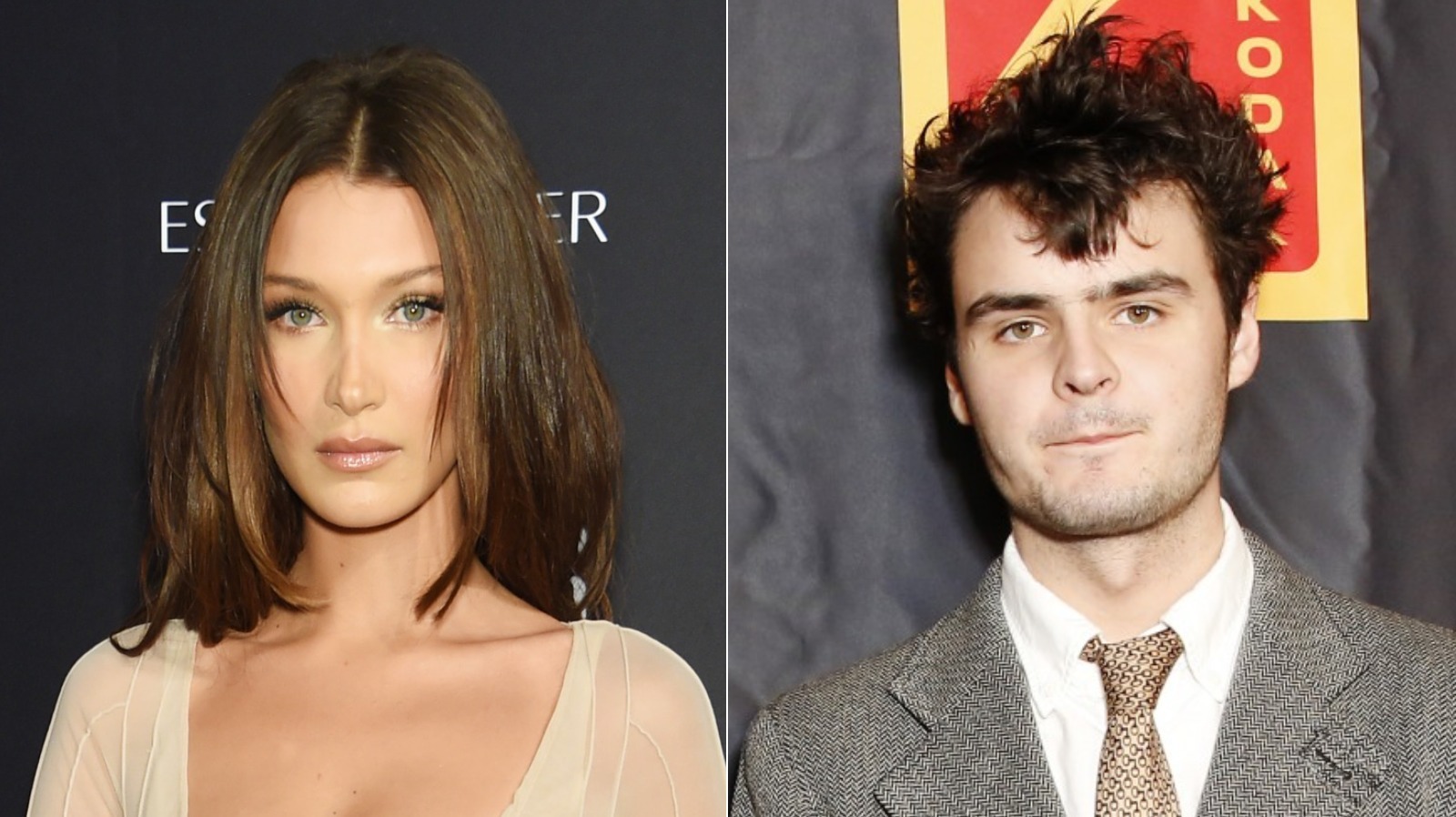 At the moment, Bella Hadid is in love with Marc Kalman. The model and the director were first linked together in the summer of 2020. They were first spotted together in July 2020. At that time, the two of them were snapped leaving a café together in New York City’s lower Manhattan.

In September of the same year, Hadid and Marc were photographed together while out and about in the Big Apple. In July 2021, she posted an adorable snap of herself and her new beau on the social media platform Instagram. The picture was taken in France when the pair was in town to attend the Cannes Film Festival.

Nearly 6 months later, Bella talked about her previous relationships and dynamics with men. She even pointed out that her romance with Marc Kalman has been more positive. During a January 2022 appearance on Victoria’s Secret’s “VS Voices” podcast, Hadid said, “I grew up around men — whether that was in relationships or family or whatever that was — where I was constantly told that my voice was less important than their voice.” The model went on to say, “Not having the boundaries of being able to stick up for myself and have my voice being heard affected me in my adult relationships very intensely.” She even recalled a time when her nervous system crashed due to her negative experiences.

Hadid further added, “It was fight or flight. … That’s something I really had to work on, where I constantly went back to men – and also women – that had abused me, and that’s where the people-pleasing came in.”

The Parson School of Design student even stated that for a long time in her life she didn’t have boundaries in both her personal as well as professional life. She revealed that since then she has gone to therapy to find a balance in her life. All of us need to take care of our mental health as well as physical health. At the end of the day, ‘health is wealth.’ Marc Kalman has already met the Hadid family. Earlier this year, in April, he attended the 27th birthday party of Bella’s elder sister Gigi Hadid with his stunning girlfriend in New York City. The star-studded party was also attended by Gigi’s mom Yolanda Hadid, her dad Mohammed Hadid as well as her younger brother Anwar Hadid.

In the snaps that popped up on the internet at that time, Bella and her boyfriend Marc Kalman were spotted delivering balloons at Gigi’s apartment for her birthday earlier that day. Do you think Bella Hadid and her current boyfriend Marc Kalman are an ideal match for each other? Kindly let us know your thoughts on the pair in the comments section below. Don’t forget to stay tuned with us for the latest updates from the world of showbiz.