Twitter Tests New Status Feature That Reminds Us Of MySpace

Twitter has started testing a new status feature that allows users to tag posts with pre-defined labels. This new feature reminds us of the similar features on MySpace or LiveJournal which have been gone for a decade now. Read on to know more about it. 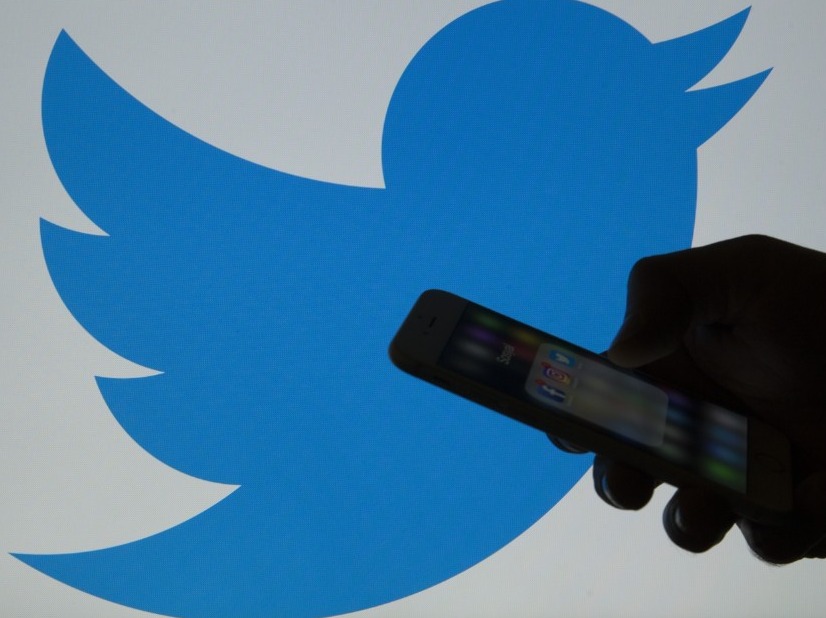 Amidst the chaos going on with Tesla CEO Elon Musk, Twitter continues to roll out more features to make the platform more inclusive and immersive. The Status feature simply adds to that list but not everyone has access to the feature right now.

Many users started reporting this morning that they can post Twitter statuses with an accompanying emoji. Later, the company confirmed the testing of the feature with a limited group of users in the United States and Australia.

Recently, the social networking platform also introduced Twitter Circle which allows you to interact with like-minded folks in a closed group.

What is Twitter’s New Status Feature?

Twitter is testing a new Status feature that’ll seemingly replace certain common pre-ables that people often add to their tweets. These statuses will appear under the user’s name with an accompanying emoji. They only apply to singular tweets and are non-editable.

Upon clicking on a status badge, the users will be able to see what others have shared using the same status. Some of the popular statuses during the testing phase include “Shower thought,” “Picture of the day,” “Breaking news,” “Spoiler alert, “Unpopular opinion,” and others. 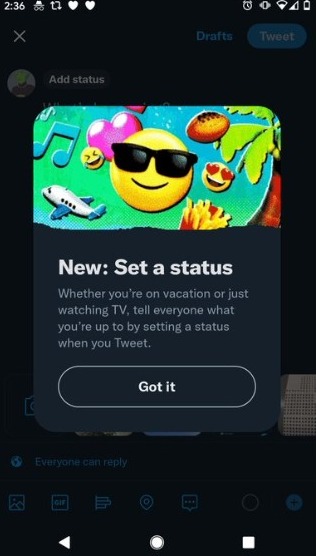 “For a limited time, we are testing a feature that allows you to add a status topic from a predetermined list to your Tweets to provide more context for your followers,” Twitter said to TechCrunch.”

“So whether you are about to drop a hot Tweet thread, share your shower thoughts, or have a bad case of the Mondays, your Tweets can better convey what you are up to.”

Twitter’s new Status feature will help users tag posts with pre-defined labels and replace certain commonly used pre-ambles. This will save users the invaluable character limit and add more words to the Tweets. 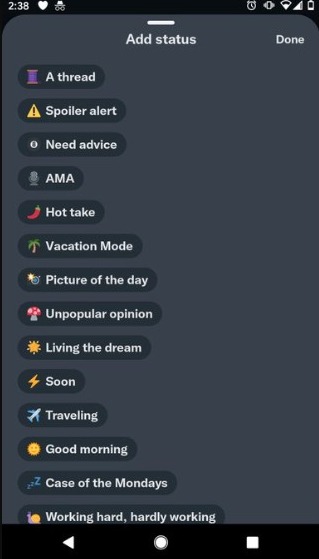 It’ll also save you some time as you don’t have to think and mention what your Tweet is about. You can simply select a Status from the list of available options and let others know. For now, there’s no ability to edit a Status or create a custom one.

Twitter has only provided the feature for a very limited base of users. To get the status option on Twitter, update your app to the latest version. Head over to Play Store or App Store and update Twitter to the latest version. Make sure you have joined the “Beta program” of the app. You can also join it on your iPhone. 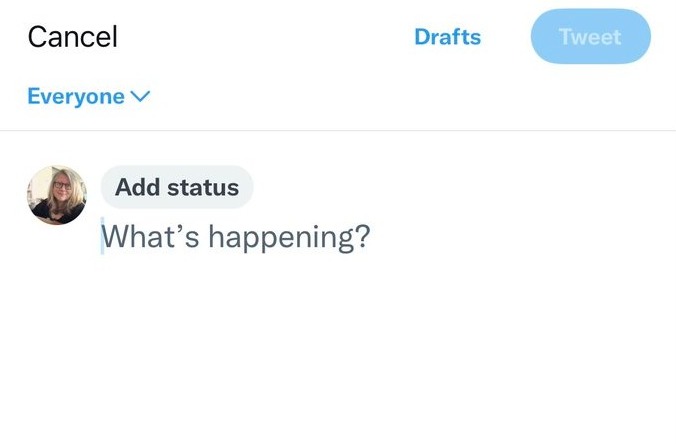 Just tap on it and choose a Status from the list of available statuses. After that, you can publish the Tweet as you normally would and it’ll have a Status present underneath your name.

Twitter Status is only available in the US and Australia

For now, Twitter is testing the Status feature for a limited with a select group in the U.S. and Australia. The feature isn’t available elsewhere yet. The company hasn’t disclosed the size of the group either. Hence, we don’t know how many users are chosen for the test and on what basis.

The good thing is that Twitter isn’t hiding new features behind a paywall, unlike Snapchat+ and Telegram Premium. It’s allowing users to try out the new features for free.

Twitter hasn’t revealed when the Status feature will be available for everyone. Once they share an update, we’ll let you know. We are expecting them to expand the feature to more countries and users by next month or the month after.

Twitter also experimented with a similar variant of the feature back in 2019. However, the test didn’t result in a wider release. However, it might have a different fate this time.

Stay tuned to get updated and make sure you are using the latest version of the app. What are your reactions to the new feature? Feel free to express yourself in the comments.