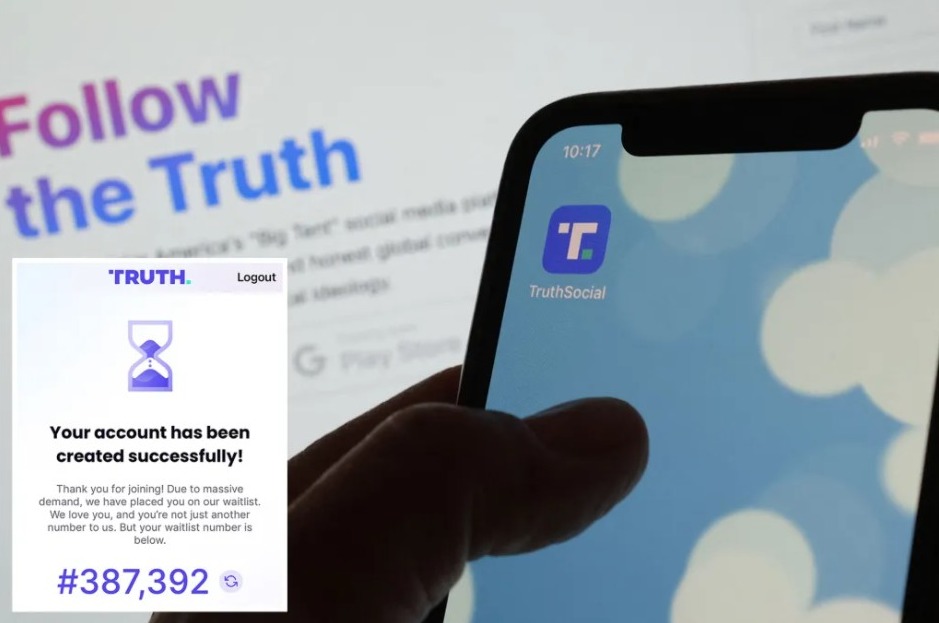 When the former US President Donald Trump announced his own social media platform called Truth Social after Twitter and Facebook suspended his account, his fans and followers rushed to sign up. However, the app makers imposed a waitlist for the platform.

The scheduled beta launch of the app got delayed, and then Truth Social launched for iOS users on February 21, 2022, and immediately surged to the top charts. The users on the waitlist were promised they’ll be the ones given the first chance to access and use the app, but that didn’t happen.

The waitlist is kind of stuck, and the numbers on the Truth Social Waitlist are not changing currently due to multiple reasons.

Truth Social is a partially launched social media app based on Mastodon and created by Trump Media and Technology Group (TMTG). This Twitter clone platform advertises itself as a platform for “open, free, and honest” speech. It claims to have free speech its number one priority and will never discriminate against any user’s political opinion.

Truth Social put users on a waitlist via its website whenever a user tried to sign up before launch. When the app launched in the Apple App Store, these users were allowed to install and sign in to their accounts. However, many users from the Truth Social waitlist were not able to sign up. 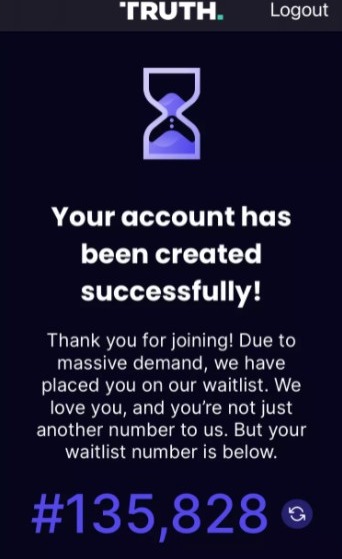 When they tried accessing the Truth Social app or website, it only showed them their waitlist number. While others were using the app, some of them were struggling with the waitlist.

The problem still exists and annoying the waiting users. The latest status update of the Truth Social Waitlist suggests many users are still stuck on the waitlist and cannot use Trump’s own social media platform.

Can you download and use Truth Social from App Store now?

Yes, Truth Social App is now available for iOS users via the App Store for free. If you have an iPhone or iPad, you can head over here, and install Truth Social. After installing the app, you can run it, and sign up for an account using the same email that used to sign up for the waitlist.

If you are lucky, you’ll be able to use Truth Social. You can also visit the Truth Social website but it’ll redirect you to the App Store. You can only access the app on an iOS device.

However, if you are not lucky, the app will not allow you to sign up and you’ll face an error as reported by a number of users. Or else, you will only see your number on the Truth Social waitlist. If that’s the case, you can’t really do much.

Truth Social Sign up Not Working for Some Users

Some users have reported that they are not able to sign up on the Truth Social app. For some users, the page simply keeps reloading while others are not getting the verification code. Some users have also encountered the “405 not allowed” error code.

Trying to sign up for Truth Social and I get a 405 error code…anyone else???

Been trying to sign up for Truth social, hoping this is because it hasn’t been released yet…. any other Canadians having this issue? pic.twitter.com/thJKFALVpR

The developer hasn’t responded to the Truth Social sign-up not working issue yet, and people are still struggling with it.

If you are one of the users, then I’d recommend that you try using the app on a different iOS device with a fresh installation and a different email address.

So far, Truth Social can’t handle a little traffic. Haven’t been able to sign up all day. Bad planning,,, @DonaldJTrumpJr best is yet to come?

Apart from the ‘Truth Social sign-up not working’ problem, there is also another issue where the users who were able to sign up successfully are getting moved to the waiting list. Some of them have received an email in the spam folder stating the same while others didn’t even find any communication.

Anyone else sign up for Truth Social only to find yourself a 300k deep in a waiting list with new spam sent to your email? pic.twitter.com/7bRwhObLFV

My Truth Social account is finally set up…..I’m #264,859 on the waiting list. LOL!! Who has a higher number? pic.twitter.com/gDtGRwhGNE

The developer didn’t explain why the servers are booting existing users to the Truth Social waitlist. We can only hope that they resolve the issues soon, else the app’s hype could be over soon, like the former President’s regime.

There’s another glitch for the Truth Social users: Missed a step

Some users who tried signing up for Truth Social encountered a different error which says, “Oops, looks like you have missed a step.” However, the error message didn’t explain what went wrong and how can a user fix it.

Now it’s saying I missed a step. I didn’t miss anything. I’m going to give up for awhile and try again later. #TruthSocial pic.twitter.com/5GGkyadqn1

Truth Social hasn’t acknowledged the issue either. Multiple users have reported that changing the email address and beginning the sign-up from scratch worked for them. So, if you are facing the error, you can also try signing up using a different email address possibly from another domain.

What about the Android version of Truth Social?

However, there is good news available for Trump supporters now. Truth Social is officially coming to Android. The Truth Social website is now showing the “Coming soon” tag under the Play Store (Android) button. 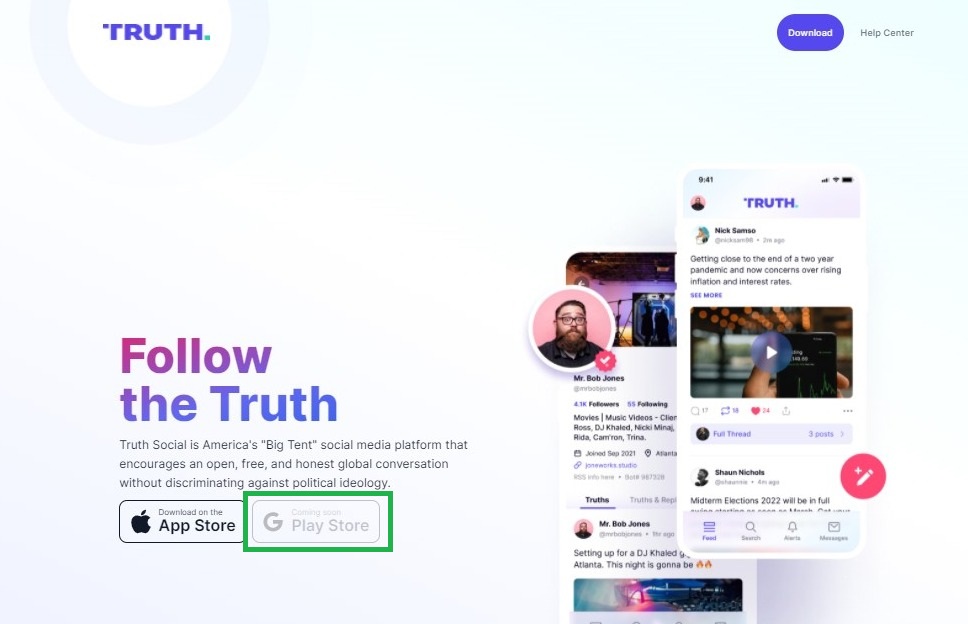 This means that the developers are currently working on the Android version of the app, and we may receive an update soon.

Why is your Truth Social Waitlist Number not changing?

The waitlist is one of the biggest problems for some users wanting to use Truth Social. After going through the bland signup process, the app pushes them into the waitlist and didn’t provide access.

According to Truth Social, this happens due to the “massive demand” of the app, and they have to do this to keep too many people from hogging up the servers together. However, the developer didn’t share any update on how long will the waitlist last.

They only said that the app should be completely operational by the end of March 2022. Some users may get access to the app before that while others will stay stuck on the waitlist.

You can keep checking the app frequently to check the latest status of the Truth Social waitlist. If your number isn’t changing, then you should know that the developer is not allowing any more users on the server.

Another possible reason for your number not changing on the waitlist could be that the Truth Social app servers are experiencing issues, and that’s why the waitlist is not updating correctly.