TikTok Under Review and Video is Being Processed: How to Fix It?

The “TikTok Under Review” and “Video is being processed” errors are troubling thousands of users worldwide and it isn’t the first time this issue has occurred in 2022, find out how to fix it easily to upload a new video on TikTok and know if it’s down right now. 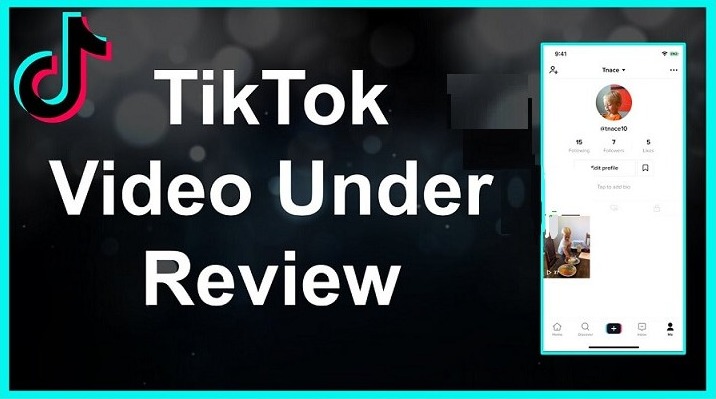 TikTok users are pouring down complaints all over social media platforms including Twitter, Reddit, Facebook, etc about their new videos being stuck with the message “This video is under review and cannot be shared.” Whereas, other users are receiving the “Video is being processed” error message upon uploading videos.

Both the issues are causing new TikTok videos to stay stuck at 0 views and not appear on the “For You” page. Some users are also wondering if TikTok is down in certain regions and that’s what is causing this issue.

They might be right to an extent as even DownDetector shows TikTok was having problems from June 19 to 21, 2022, and it isn’t solved yet. This was the same period when TikTok users were experiencing the aforementioned issues. However, those errors aren’t only limited to that.

What is the “TikTok Under Review” issue?

TikTok has more than 1.2 billion monthly active users and over 80% of them have posted a video at least once while around 35% post videos regularly. This means at least lacs of videos are posted on TikTok every day. TikTok uses AI-based moderation to make sure inappropriate content stays away from the platform.

Usually, when your TikTok video doesn’t comply with TikTok’s guidelines, it will be put “under review” for a moderator to check. It commonly occurs with users who are very popular and have a large following. 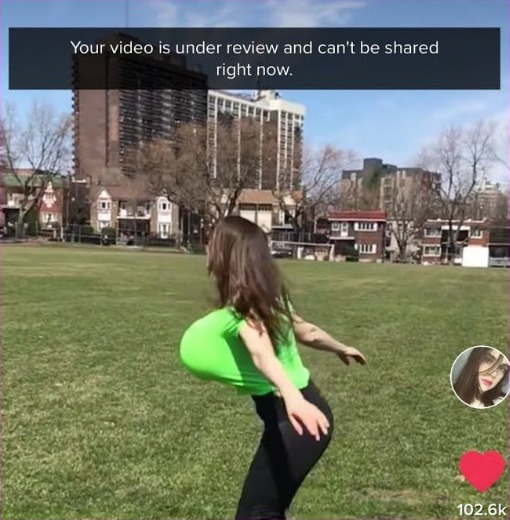 However, recently many users have found that TikTok has put their newly uploaded videos under review and they are stuck there for hours. The complaints started emerging on June 19 while a similar issue also occurred in February 2022.

anyone else having problems with tiktok right now? there’s no reason why a tiktok about a funko should be under review for an hour bitch tf

oh tiktok angry with me today, video under review for 3 hours. Oh they pissed.

omg!! i posted a tiktok but it’s under review👀🧡

This issue is likely occurring due to an issue with the TikTok app and servers. Users are also experiencing downtime in certain regions. That’s why even clean videos that don’t violate TikTok’s guidelines are seeing the “under review” message.

Even the most-followed creator on TikTok, Charli D’Amelio, has experienced the same issue previously.

What happens when a TikTok video is under review?

When any of your videos on TikTok, be it a newly uploaded one or the one that hasn’t crossed the review period yet, encounters the “This video is under review” message, it won’t be shown to other users for as long as it stays under review.

why? tiktok am i grounded? pic.twitter.com/CD9SzW4h4u

The video will not make it to the “For You” pages that bring the most attention and its view count won’t increase. The review period is usually about 48 hours long but can be shorter or longer in some cases.

If the video is listed as inappropriate after review, then you may receive a shadowban, temporary ban, or even a permanent ban. The first one is the most common while it’s unlikely to be banned permanently after the first violation.

What is the “Video is being processed” issue on TikTok?

The “Video is being processed” error is another issue that prevents you from uploading a new video on TikTok. This usually happens when your Internet speed is not enough to upload the video or you don’t have access to a stable network connection.

However, this error is co-existing with the “Under Review” issue recently due to TikTok’s server issues. When users are shown this message, the uploading process gets stuck for hours and they get frustrated.

Just like the first one, there isn’t an official fix available for the error. As long as your video and the network connection are fine, the issue will resolve itself within a few hours.

How to Fix the TikTok Under Review/ Video is being processed issue?

TikTok hasn’t officially acknowledged an issue with its servers yet but thousands of users are engaging in a related discussion all over the web. It’s not exactly known why a huge number of users’ videos have been put under review on TikTok. So, there isn’t a fully effective solution available wait.

You can try general solutions like restarting the app, restarting your device, clearing the app cache, and re-installing the TikTok app. Remember that uninstalling TikTok will clear all your saved drafts.

tiktok right now. under review and i can’t post pic.twitter.com/46FQIeX7Ue

If there’s a problem with your video and you’ve figured out why it has been put under review, you can edit it out and try re-uploading it. You can also check and edit the hashtags and captions as they may also be the cause sometimes.

If everything’s fine with the video, the simplest solution is to wait as TikTok will resolve the issue with its servers. Still, you can report the issues you are facing on this page. The more reports, the sooner will TikTok roll out a fix.

Reasons why TikTok may put your video under review

TikTok has gradually become a fairly safe platform for anyone to use. It was widely called out previously due to having obscene and gruesome videos on the platform. These days, TikTok uses an artificial intelligence-based algorithm to scan and moderate videos in real-time.

The program looks for inappropriate elements in the videos such as firearms, nudity, offensive speech, or anything that violates the community guidelines. There are five main reasons why TikTok might put a video under review:

If your video features content related to any of these five reasons, you will have to edit it out in order to upload it on TikTok peacefully. Else, TikTok will put it under review and may even ban your account for repeated violations.

How to avoid putting your videos on TikTok under review?

The simplest way to avoid getting your videos under review is to go through TikTok’s community guidelines and post content according to that. This way TikTok will give a green flag to your profile and you won’t have to experience such problems.

You need to read the TikTok guidelines. If you want to be a professional in this field you have to know what you can and cannot do/say. Don't waste your time making an ad or video that will just get flagged!

If TikTok finds inappropriate videos on your profile, it’ll always keep you under a scanner for any repeated violation. It’s better to keep your profile clean if you want to keep it on the platform for a long time.

Do you have any other suggestions or recommendations for this TikTok issue? Feel free to share it in the comments.