Spotify Supergrouper: Now Create a Band of Your Favorite Artists

Spotify has introduced a new in-app feature called “Supergrouper” that lets you create your own super bands having your favorite artists. Users are calling it a dream feature as you can group up all your favorites in a single playlist. Find out how to use Supergrouper on Spotify.

The craze for the insanely popular music streaming service has been increasing day after another as it continues to rake up users. Recently, Spotify has also rolled out another feature called Karaoke Mode that users have fallen in love with instantly.

Spotify has a brief history of introducing features that fans have always wanted. Supergrouper is the latest addition to that list. This fun feature brings all your music listening needs into a single playlist, doesn’t matter how vast your taste is.

What is Spotify Supergrouper?

“Supergrouper” is a new feature on the Spotify app that lets users create a “super band” consisting of their favorite music artists. There are endless possibilities when trying the new feature. You can pair Justin Beiber, Ed Sheeran, and Kesha together, or bring artists from the completely different styles and genres together.

“Enter Supergrouper, a Spotify in-app experience that invites music fans in the U.S., U.K., Australia, New Zealand, and the Philippines to create and share their ultimate all-star assemblies of artists,” stated Spotify in a press release this Tuesday. 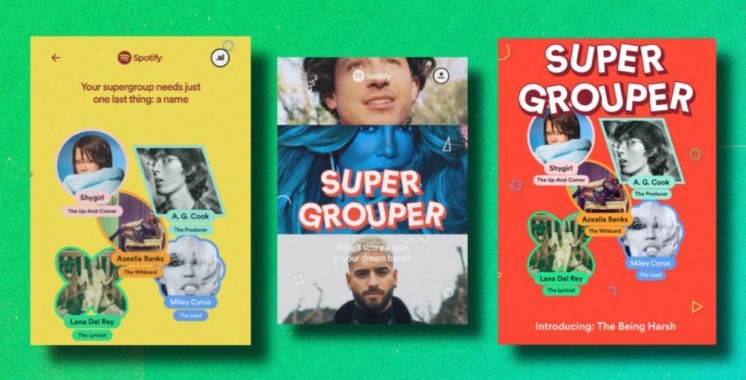 It’s true that this feature sounds way cooler than it really is. Still, the fan reaction has been very positive and users are enjoying creating their fantasy bands and fulfilling their lifelong dreams of seeing their favorites together.

How does Spotify Supergrouper work?

Supergrouper is the latest fun feature on Spotify that lets you create a super band or playlist having your favorite artists. You can use the feature to create a supergroup consisting of up to five artists that you’d like to include in the band.

After that, you can create a name for the band and select roles like “The Lead,” “The Lyricist,” and others. Spotify will then curate a playlist of songs based on your selection of artists. You can start listening to your dream band. 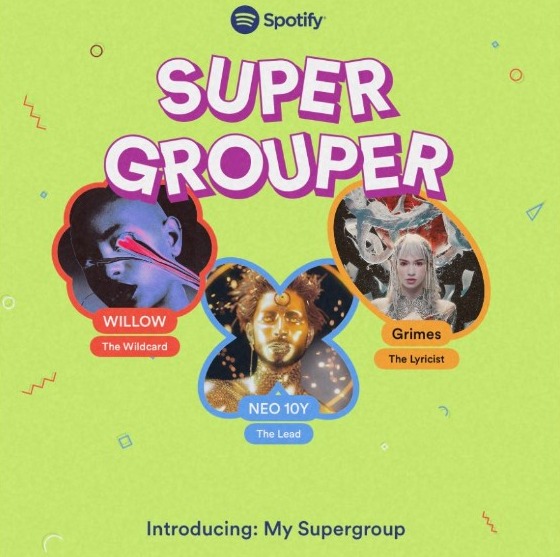 Spotify also lets you generate a custom card that you can share with your family, friends, or followers and let them know about your fantasy creations. You can also get their cards and have a look at their creations as well.

How to Use Spotify Supergrouper to Create a Band of Your Favorites?

Using the Supergrouper on Spotify is very simple. However, you must be using the latest app version and staying either in the U.S., U.K., Australia, New Zealand, or the Philippines in order to access the feature.

Follow this step-wise guide when using it for the first time: 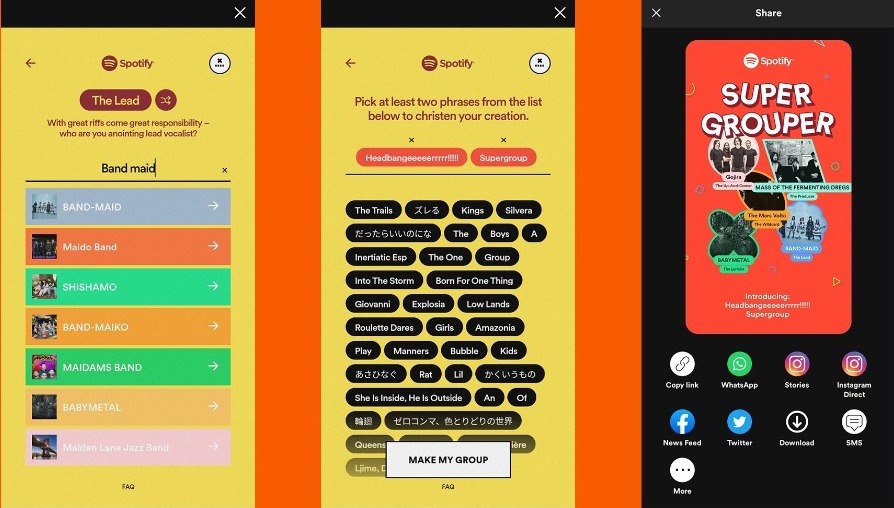 You will receive a custom card to share your fantastic creation. Just share the card on your social media handle to let your friends and followers know about your taste in music.

Spotify users have been loving the latest Supergrouper experience and talking about it all over social media platforms. Twitter is full of users sharing their Supergroup custom cards and asking their followers to rate the playlist.

“I know, a weird combo….but the vocal goodness. Now introducing music’s next big supergroup!” one user wrote on Twitter.

“Spotify’s new #supergrouper is a feature I’ve been waiting for on Spotify for years!” wrote another one.

Experts have been seeing it as Spotify’s another attempt to keep the users hooked to its platform. Recently, the music streaming service has faced enormous competition from giants like YouTube, Apple, Amazon, etc.

When will Spotify Supergrouper be available for everyone?

For now, Spotify’s Supergrouper feature is only available in the United States, UK, Australia, New Zealand, and the Philippines. It isn’t available everywhere in the world as of now. However, Spotify will soon roll it out everywhere else.

Spotify hasn’t shared a specific release date for when the feature will be available everywhere in the world or in more countries. It’ll likely happen with the next patch as the feature has received a great response from a limited number of users.

We’ll keep you updated on when Spotify makes it available for everyone. Make sure you keep visiting us.

What do you think about Spotify’s latest hook for its users? Feel free to share your opinions in the comments.