Instagram has reportedly started testing a feature named “Profile Song” internally which reminds users of the MySpace days. Find out what the upcoming feature on Instagram is all about and how you can add songs to your Instagram profile. 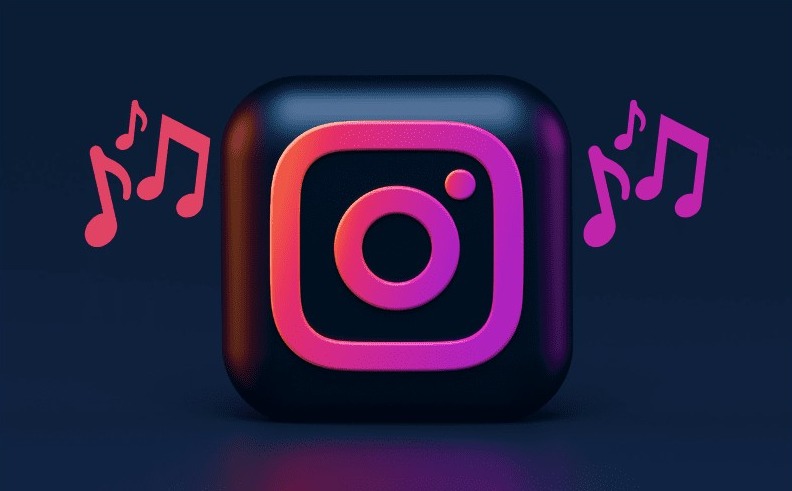 Recently, Instagram is on a spree of introducing new features and making changes to the core system. Most significantly, the platform has increased the duration of Reels, tweaked the interface, added Instagram Notes, and introduced a feature to like Stories.

However, this also triggered a series of issues as users were seen reporting that the Instagram app crashing, IG Story Camera not working, and experiencing other problems.

In a news first shared by social media analyst Alessandro Paluzzi, who is known for uncovering new features and updates, Instagram was seen internally testing a feature called “Profile Song.”

This allegedly upcoming feature will allow Instagram users to select and set a song for their profile. As shown in the screenshots shared by Paluzzi, the song will then appear below your bio and just under the space where the external link appears. 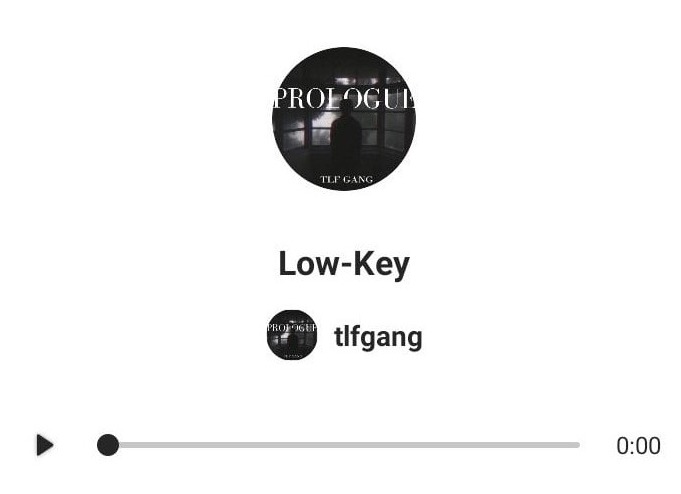 Users who visit your profile can tap on the play button present with the song and listen to it. They’ll be able to know a lot about you just by listening to your favorite song (considering that you have added your favorite track there).

At this time, it’s unknown if Instagram will allow adding entire songs to your profile or if they’ll only let you keep a certain portion of a song on the profile.

The new Profile Song feature on Instagram is very similar to a feature available on MySpace where users were allowed to keep their favorite tracks on their accounts. Social media users think the same and have been discussing it right now.

It’s going to be a tough task to pick the perfect song for your Instagram profile when this feature launches. There are a lot of possibilities. It’s surely going to be nostalgic for the people who grew up using MySpace. 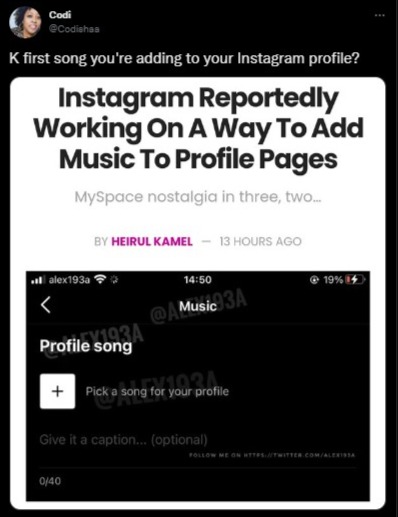 Notably, Raya is another app that lets users add songs to their profiles. It is a dating app, so this feature helps users to know about the musical taste of their possible matches. It might serve a similar purpose on Instagram as well.

For now, we can only assume how the upcoming Profile Song feature is going to work on Instagram based on the available information. The feature is currently in the prototype/ internal testing phase.

Paluzzi revealed how users would be able to go to the settings of the Instagram app and then select a song to keep on their profile. He used a Rick Astley tune for the demonstration. The song appeared below the bio on the profile.

#Instagram is working on the ability to add a song to your profile 👀 pic.twitter.com/zX2jIlZLzc

However, since the feature is under development right now, things may change before the ultimate launch. Instagram may add a few things or make some tweaks before rolling it out. We’ll keep you posted regardless of what happens.

When will the Instagram Profile Song Feature launch globally?

For now, the Profile Song feature “is an internal prototype, and not testing externally,” as per the statement shared by Christine Pai, the spokesperson for Meta, the company behind Instagram. Thus, a timeline for when the feature would launch for everyone is unavailable.

Instagram first needs to extend the testing externally and then we can figure out an expected launch date for the feature. We’d suggest you join the beta program of the Instagram app on Android and iOS to be the first one to try out this feature.

Are you looking forward to this feature? I’m honestly excited about it.