Google Pixel Tablet Previewed at “Made by Google” Event; Coming in 2023

Google has given us a brief glimpse of the Pixel Tablet which is scheduled to arrive next year at the “Made by Google” event on October 6, 2022. Check out the release date, features, price, and everything about the upcoming Google Pixel Tablet. 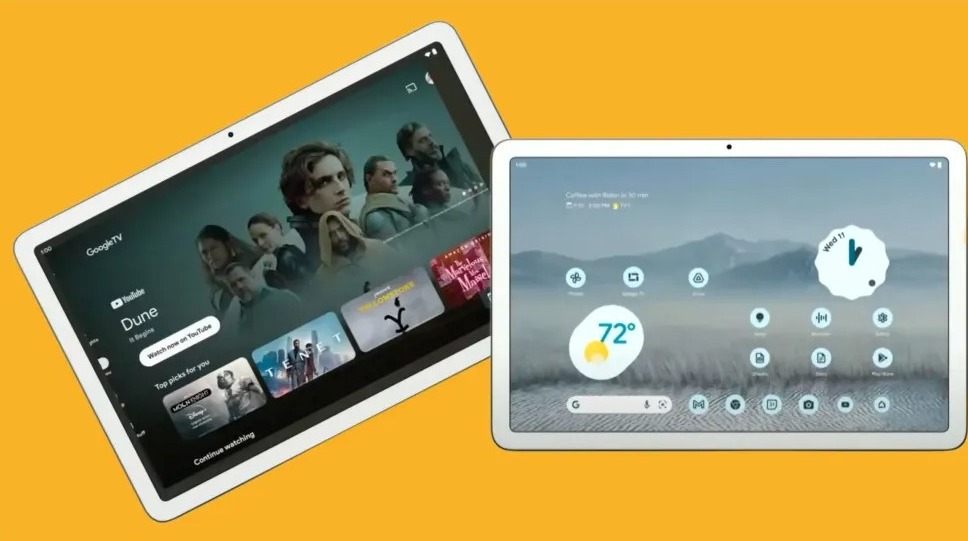 The Pixel 7 lineup including the Pixel 7 and Pixel 7 Pro also debuted at the event alongside the much-awaited Pixel Watch. These gadgets witnessed a full-fledged launch while the tablet was only previewed at the event to start building the hype.

Google refrained from pulling the curtain at the latest event and only revealed partial specifications of the Pixel Tablet. The upcoming Pixel Tablet will be powered by Google’s in-house Tensor G2 chipset which is also available on the Pixel 7 lineup. 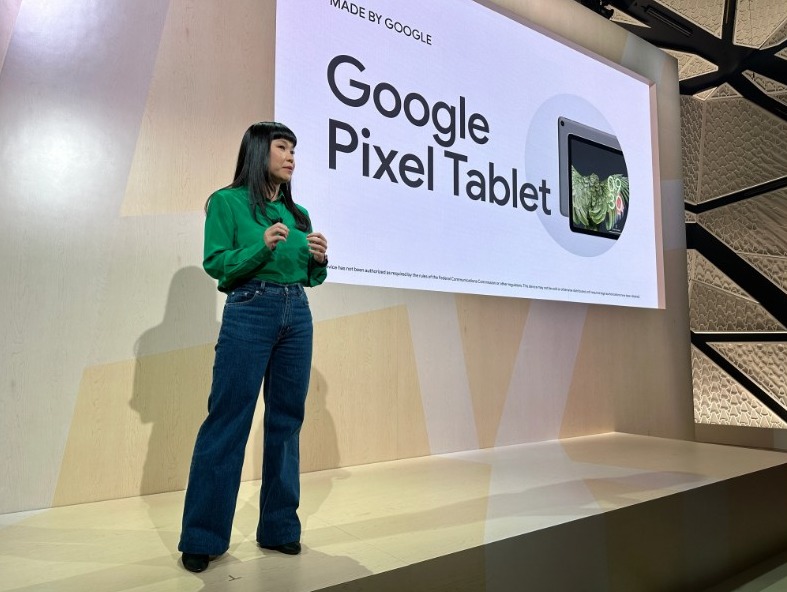 There will be two dual 8MP cameras, a USB Type-C charging slot, Quad speakers, and a POGO Pin Connector for Charing Speaker Dock (We’ve explained what it is below). Here’s an overview of the Pixel Tablet specifications:

The Pixel Tablet will solve the problem of poor software optimization on larger devices as it claims to be working with developers to make sure apps fully utilize the larger display, power of the chipset, split-screen, and stylus support. 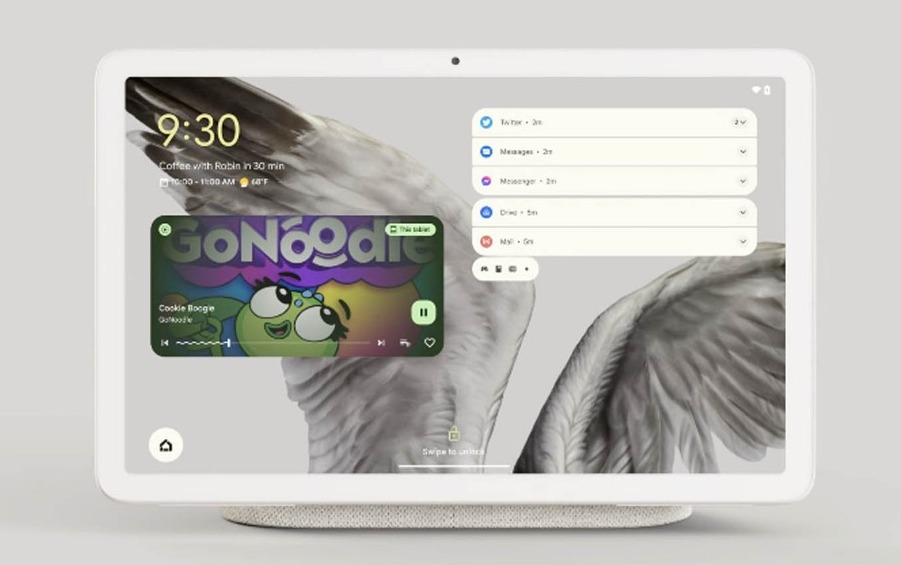 The tablet will be running on the latest Android version with the Material You theme at the core. There will be the usual features one can find on Pixel devices alongside some exclusive ones like Stylus Support.

Google has revealed a Charging Speaker Dock for the Pixel Tablet that connects via a POGO pin connector. It functions as a wireless charger and smart speaker at the same time while keeping the tablet in place on the magnetic stand.

The company claimed to have conducted research that revealed how tablets were used as “homebodies” and stayed in users’ residences for around 80% of the time. When not in use, they are just left at random places and would often go out of battery. 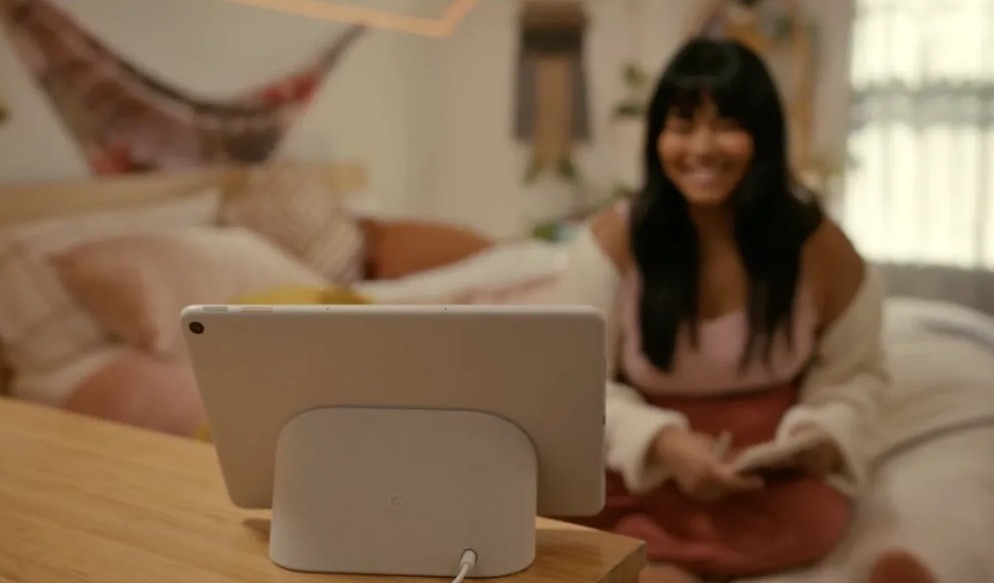 The newly unveiled Dock solves the problem as it can make your tablet usable at all times. You can charge it conveniently while still using it to control other smart-home devices. The tablet can also display a Google Photos slideshow while standing on the Dock.

Google Pixel Tablet Design and Display: What do we know?

Google didn’t reveal too many details about the design and display used in the upcoming tablet. In fact, the company didn’t even tell us the size and dimensions, or the type of glass. We predict it’s going to be an LTPO display with QHD+ resolution. 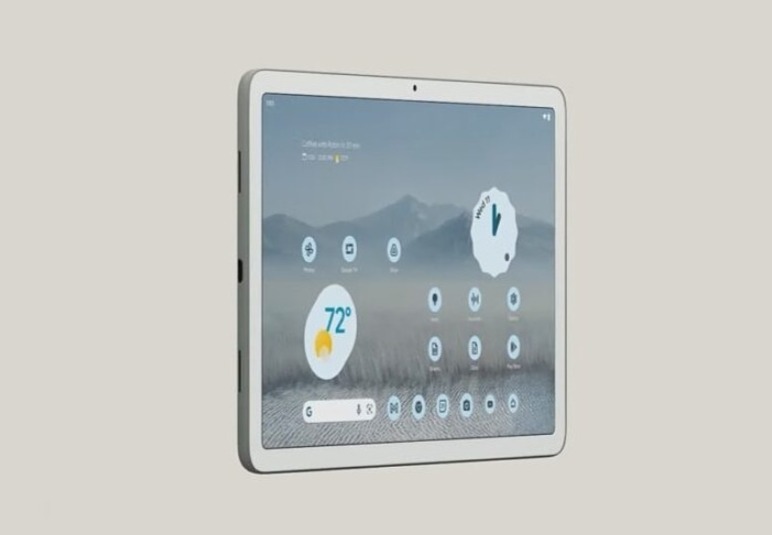 However, we got to see a new color variant which seems to be pale beige or peach-like alongside the familiar green model we have seen before. Google claims the build will feature premium materials and there’ll be iconic rounded corners of the Pixel series.

There will be a ceramic rear panel with a nano-ceramic coating inspired by fine porcelain. The fine ceramic particles will be infused into the coating which will be applied onto the Aluminum body, much like the newly revealed Pixel phones. 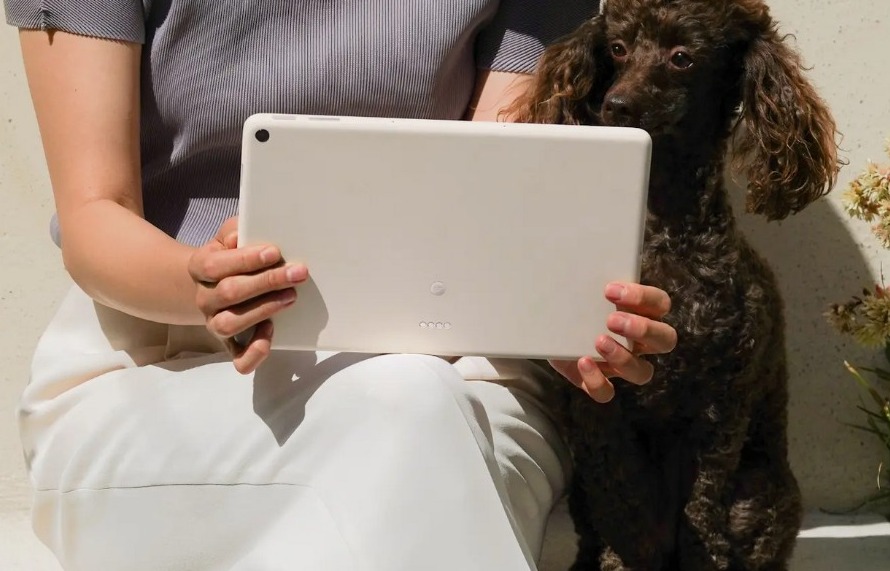 Google Pixel Tablet Release Date: When is it coming?

One more thing that Google didn’t tell about the Pixel Tablet is the specific release date it becomes available in the market. “We’re aiming to make it available next year,” they said while previewing it and highlighting the key aspects.

This means that the Pixel Tablet is going to launch in 2023, possibly at next year’s Google I/O event. However, that’s not certain at this time. The plans may change as the tablet is still under development under the codename “tangor.”

It’s possible that the tablet gets pushed back to 2024 but for now, 2023 seems to be in the launch plans.

What about the Price & Availability of the Google Pixel Tablet?

For now, the price and availability of the Pixel Tablet remain unknown. We don’t know how much the tablet is going to cost. A fair prediction is that its price will be somewhere between the price of the Pixel 7 and Pixel 7 Pro due to similar specifications.

However, Google may have to bring the pricing down to the $350 to $400 range in order to make it more successful. This will help it offer tougher competition to the tablets available in that range like Apple iPad 2021.

It’s hard to guess where Google is going to make the Pixel Tablet available. It’ll be available in regions like the United States, Canada, the UK, Australia, and France though.

Will there be a Google Pixel Tablet Pro?

The rumors suggest that there will be a Pixel Tablet Pro alongside the vanilla variant that we know about. However, Google didn’t tell anything about it at the recent Made By Google event held in New York.

According to a report by 9to5Google, there’s something called “tangorpro” in the code of Android 13, which is the latest version of the operating system. The regular Pixel Tablet is codenamed “tangor.” 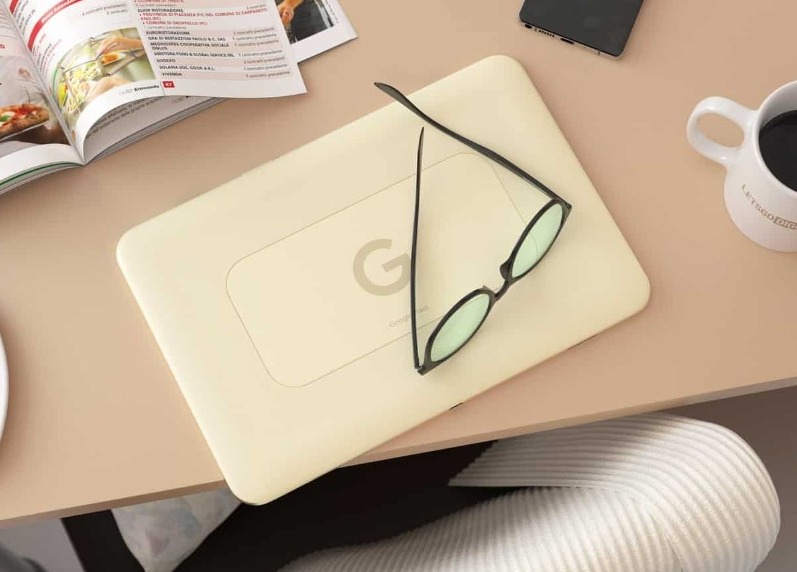 Hence, it seems enough to affirm that a Pixel Tablet Pro is under development behind the curtains. We don’t know anything about it right now. It’ll likely be a better version of the Pixel Tablet with an even larger screen, more power, features, and a higher price tag.

Once more information is released, we’ll update this post. Stay tuned to know about the latest news and rumors about the Pixel Tablet and Pixel Tablet Pro by Google.