Gas App: Everything About the Viral Social Media App

A new social media app named “GAS” is going viral rapidly, especially among high school teens as it lets them “boost each other app.” We ain’t discussing the GasBuddy app here but another app where users can complement each other. Here’s everything about the Gas app. 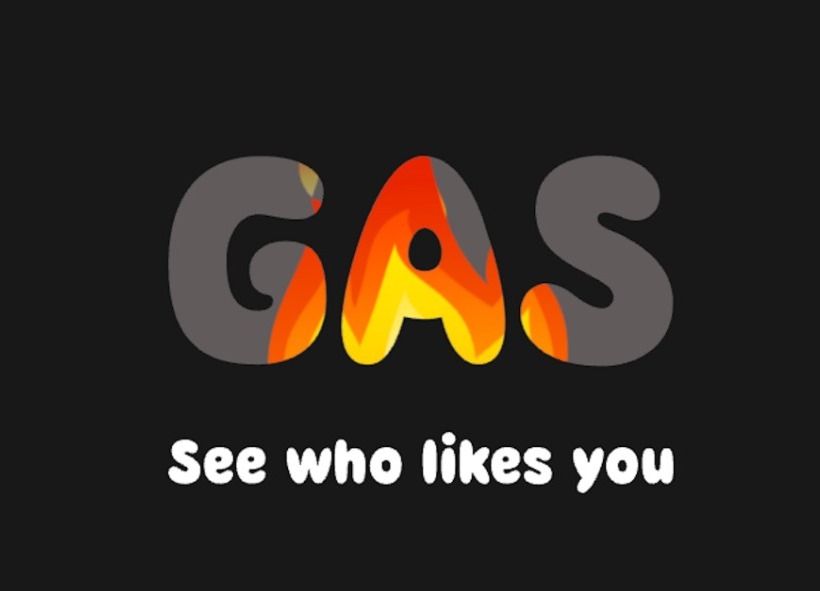 The Gas app is pretty different than other social media platforms. There isn’t a feature to talk or post content but you can simply interact with polls, motivate the people you may know, and let them know you have a crush on them, but anonymously.

Some users may find it similar to the BeReal app as it’s also different but Gas keeps your identities anonymous unless you upgrade to the God mode.

What is the new viral Gas App?

Gas is a social media app that the Wall Street Journal claims to be “the hottest app right now.” It is founded by Isaiah Turner, Dave Schatz, and Nikita Bier, who also founded TBH, a similar app that Facebook acquired in 2017 but shut down in 2018.

The term “Gas” comes from Internet slang meaning a person who tries hard and goes out of their way to impress someone. To gas someone up means to “pump someone up” with a compliment or anything else. Similarly, the Gas app serves the same functions. 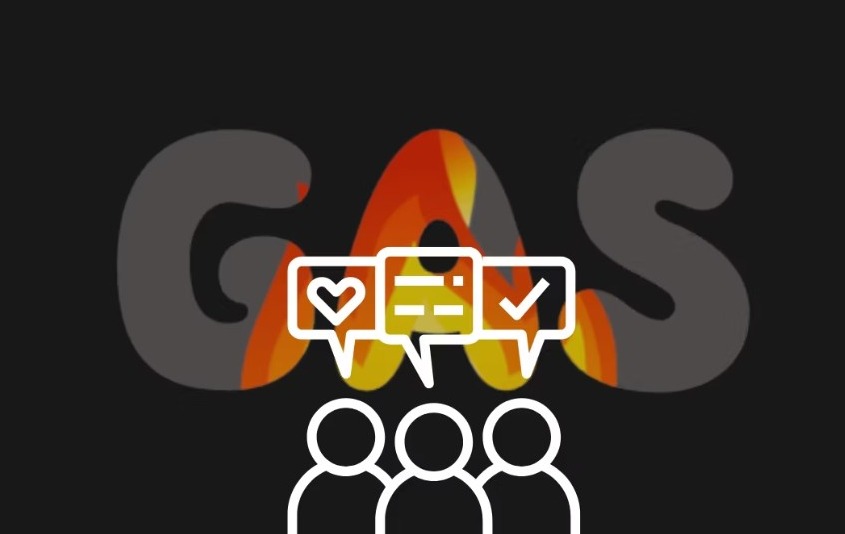 Basically, Gas is an anonymous question-and-answer app, similar to the NGL app, where users can interact with people from their school, neighborhood, or others anonymously. It encourages small social groups to connect without direct messaging.

Currently, the Gas app is only available to download in 12 states including Michigan, Illinois, Wisconsin, Ohio, and Indiana. However, the creators note that it’ll be available in other states too following a server expansion.

How does the Gas app work?

The Gas app works by accessing your location data when you sign up to help you select your high school and lets you add the people from your school, their friends, and the friends they add. However, you can’t talk or message anyone.

Instead, users are served multiple-choice questions about fellow students with superlative-style answers. For instance, there are questions like “Who is most likely to dress up as the poop emoji for Halloween?”, “Bodies every new sport they try,” and “Their smile makes my heart melt?” 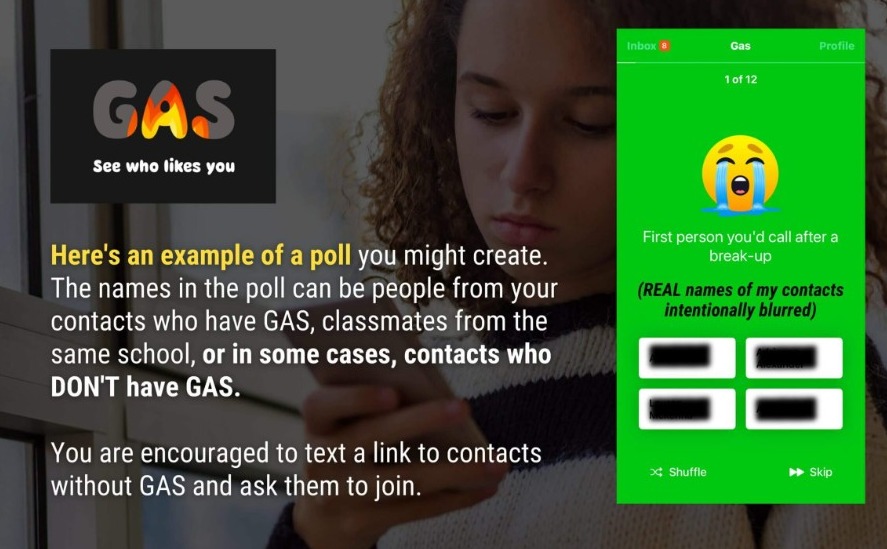 Upon answering, your friends will receive Flames, which means to be gassed up, and it’ll boost their self-esteem. This app is intended to “create a place that makes us feel better about ourselves,” according to its website.

How to Use the Gas App?

Using the Gas app is pretty simple and anyone can use it despite the app catering more to high school students and teenagers. You just have to install it on your device from the App Store, sign up for an account, and add friends, which would be the people you may know.

Once you have added friends to your list, you will receive polls that you’d have to answer. The answers will be the names of your friends. When you select the name of a friend, they’ll receive Flames, which are nothing but a deemed measure of popularity. 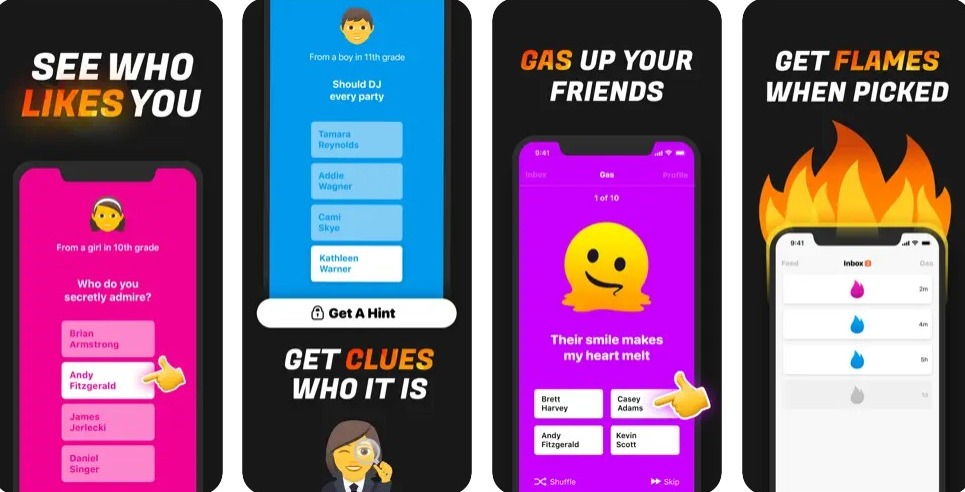 There’s nothing else to do on the app. If you thought it was something similar to TikTok or Instagram, then you’re going to be disappointed. The app could simply be a passing fad. Only time will tell.

Is the Gas app completely Anonymous?

No, the Gas app is not completely anonymous. Users can find out who has selected them as the answer to certain questions by upgrading to the God Mode which costs $9.99 only. It’s easier for the person to find out who has been crushing too hard on them or who’s looking for ways to troll them

If you have been answering random questions thinking that they won’t know, you should probably stop now. Although the app is created to boost each other app and pump self-esteem, users have found other ways to use it and have fun.

Is the Gas App available on Android?

The Gas app original launched on the Google Play Store in August 2022 under “social media” category, and later became available on the Apple App Store. However, it was later removed from the Play Store for unknown reasons.

Deasilex, one of the creators of Gas, explains that Gas app is currently in beta and the final version is yet to be available. Hence it’s only available on the App Store in 12 states so far. He also dropped the good news that Gas will be available on Android later.

The developers are reportedly working to fix all the bugs, add more features, and make the platform safer before the eventual launch on Android, probably by the end of this year.

Is the Gas App Safe for Teenagers to Use?

There are plenty of concerns among teens and their parents about the Gas social media app due to it accessing your exact location. A rumor surfacing on the web claims that hackers and predators can access users’ location and information using Gas app.

However, that’s just false as the app only asks your location to let you select your High School. The co-founder Nikita Bier told the WSJ that the data is not even stored on the platform’s servers while addressing rumors. Hence, you don’t need to worry about that. 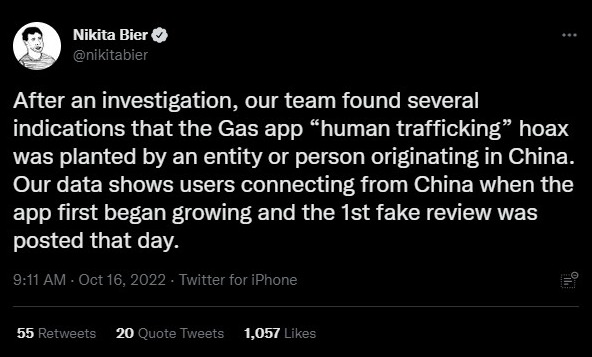 Another thing to note is that there isn’t any visual content available on the platform yet. Thus, there’s no need to worry if teenagers will be exposed to harmful content. However, the Gas app stills access your contacts and puts the names on polls.

Still, it makes sense to conclude that the Gas app is safe for teenagers to use. However, people should still take the usual safety precautions that they follow while using other social media app. They shouldn’t trust anyone on the Internet. 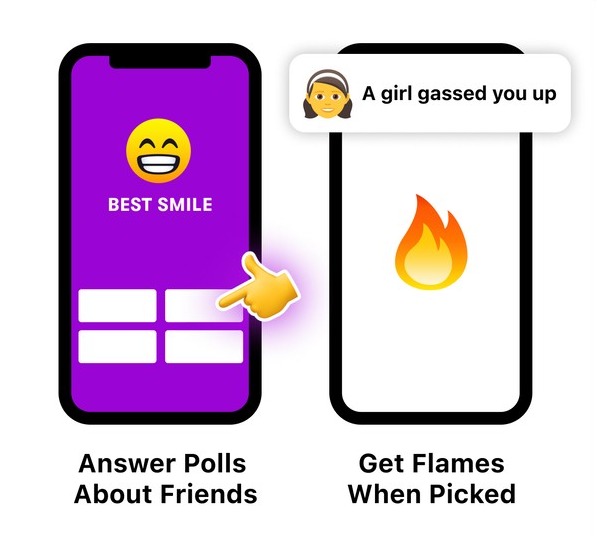 One concerning fact about the Gas app is that it triggers a dopamine cycle that trains teens to check their phones for validation. Although Gas was created to “boost self-esteem,” it could become addictive as people start requiring that validation by others.

Othet than that, all is well with the app. There is no bullying, no stalking, or any other risk. It even has a live customer support. If you have any problems, you can just connect with them.

Have you tried it yet? Feel free to share your reviews for the Gas social media app in the comments.