Foldable iPhone: Can We Expect it Anytime Soon?

It’s been a long time since rumors about a foldable iPhone started and we haven’t got any official words about it yet. Is Apple really working on a potential iPhone Flip or iPhone Fold? Can we expect a foldable iPhone or any other Apple device anytime soon? Find out here. 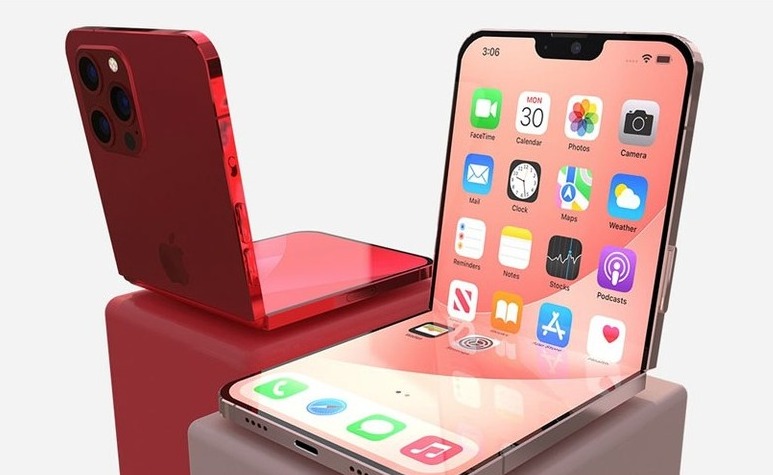 Foldable smartphones are constantly getting mainstream as more and more people are turning their eyes toward the unique concept. The foldable phone industry is just getting started and the Cupertino-based tech giant is yet to move its first step into it.

Samsung is the current pioneer of the industry with the recently launched Galaxy Z Flip 3 and Galaxy Z Fold 3. Huawei has also joined with its Magic V while Motorola has introduced the iconic Razr. There are even rumors about a potential Google Pixel foldable smartphone.

Other brands like Honor, Xiaomi, Oppo, etc will also be unveiling their plans in the coming months. However, Apple has kept silent while fans are waiting for an imminent foldable iPhone launch for years ever since the speculation started in 2016.

The speculation about a foldable iPhone first appeared in 2016 when reports emerged of LG mass-producing foldable displays for smartphones in a couple of years and supplying them to companies like Apple and Google.

After that, a 2017 rumor indicated that Apple and LG are partnering to develop an iPhone with a foldable display. The rumors then started floating more extensively in the coming years with tipsters like DylanDKT and Ming-Chi Kuo joining in. 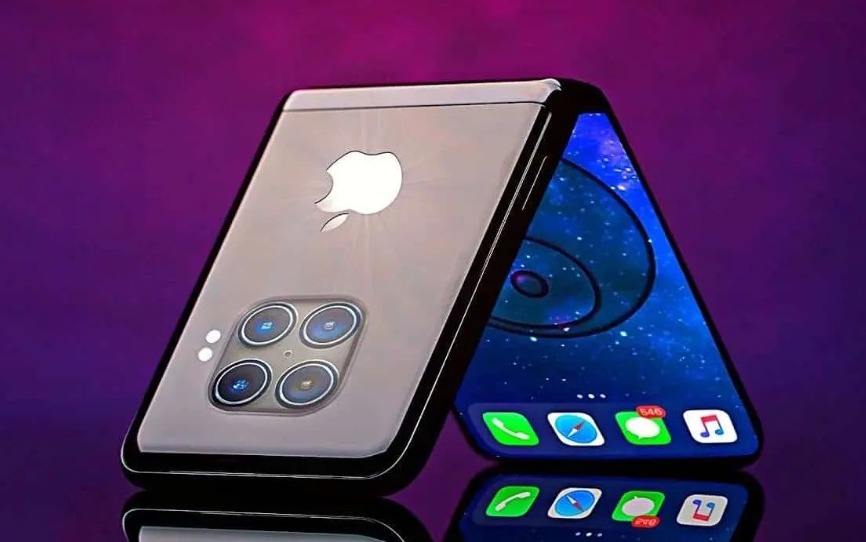 If we believe the reports, then Apple has been working on a foldable iPhone prototype over the past months. However, it isn’t slated to launch anytime soon. There’s a lot of work to be done and it’ll take at least the next few years.

The foldable smartphones industry is emerging and will likely boom in the coming years. Thus, a giant-like Apple wouldn’t want to miss out on the opportunity of making money. For now, the company could just be exploring and analyzing the sustainability of this industry.

What will the Foldable iPhone be named?

Apple is known to use standard names for their devices and never goes on a too fancy route. The upcoming foldable iPhone will most probably be called iPhone Fold or iPhone Flip. However, we can’t predict that accurately unless we get hints from an official source.

The name of the device will depend on the design and form factor. If it’s a clamshell folding format like the Galaxy Z Flip, then it could be named Flip while the hinge-based fold design could be called Fold.

Apple is reportedly testing at least two different foldable iPhone designs at the Foxconn factory in Shenzhen, China. One them is allegedly a dual-screen model with two separate displays connected by a hinge while the other is a clamshell-based design.

After the rumors kept floating about a foldable iPhone from 2016 to 2018, a Weibo leak emerged in September 2020 that confirmed Apple had placed an order of foldable display prototypes from Samsung. However, the later reports stated Apple has since parted ways with Samsung and started working with LG.

Ming-Chi Kuo, a renowned Apple insider and analyst, stated in January 2021 that Apple is planning to launch a foldable device in 2023 if it manages to solve “key technology and mass production issues.”

According to Kuo Ming Chi (Ming-Chi Kuo), he expects the foldable iPhone to launch as early as in 2024-2025. pic.twitter.com/da0ELen2u0

However, he recently said in February that Apple won’t be unveiling the iPhone Fold at least until the second half of 2024 or 2025. Jon Prosser, another Apple insider, also hints at the same release window.

Display analyst Ross Young and Bloomberg’s Mark Gurman are the other reliable insiders who believe that Apple’s iPhone Fold or Flip won’t be coming at least until 2025. Therefore, the release date for Apple’s foldable iPhone will possibly be in September 2024 or June 2025.

Bloomberg’s Mark Gurman reports Apple is working on a foldable iPhone that is currently in early development. Apple does not have a fully functioning foldable iPhone prototype yet and a launch is likely "years away" or may never be released pic.twitter.com/nDgviHMaQR

Foldable iPhone Design and Prototype: What will it look like?

According to DylanDKT, another Apple tipster, Apple’s engineers are working with several foldable prototypes with certain foldable displays but the boss (Tim Cook) is unsure whether the demand for foldable handsets is a sustainable trend.

However, that doesn’t stop enterprising designers from imagining what the foldable iPhone will look like. Recently, iOS Beta News’ concept video about the iPhone Fold went viral and made the users awestruck. You can have a look at the clip below:

Previously, several designs were unveiled in a patent dump in February 2019. Some of them had a large display on the inside of folding sections with a single hinge while others had two hinges for hypothetical three displays that fold in on a Z-shaped formation.

Another patent found in March 2020 suggested Apple is working on a foldable with two distinct displays separated by a hinge. The design also revealed that the company would attempt to minimize the bezel between the screens as much as possible.

Jon Prosser also states that Apple’s current foldable design focus has two separate display panels on a hinge. It features rounded edges like the iPhone 11, unlike the latest iPhones. There’s also no notch for front-facing cameras.

The current prototype has two separate display panels on a hinge.

According to  Ming-Chi Kuo, Apple is also testing electronic paper display (EPD) technology that they could use in the upcoming foldable iPhones. They could use color EPD displays from the Chinese company E Ink as it’ll be more efficient.

Coming to the specs, Apple’s iPhone Fold or Flip will likely boast the latest Apple silicon processor and will be running on the latest iOS (or maybe iPadOS). Kuo once stated that the upcoming device could be an “iPhone and iPad hybrid.”

I think the priority order of sizes of Apple foldable product development is medium, large, & small. Apple is actively testing foldable OLED about 9" (PPI between iPhone & iPad, adoption of TDDI). The test is to verify key technologies and may not be the final product spec. https://t.co/phbdIhFO3C

The foldable iPhone will also sport top-tier cameras, possibly a dual-camera setup, that’ll be more powerful than the latest iPhone 13 lineup. We may also see Apple save costs by selecting a single camera instead of the full suite. That seems unlikely though.

Apple will also add stylus support, offering immersive integration with the Apple Pencil 2 or whatever the company’s latest model is. This would put the company ahead of its competition.

The foldable device will also have respectable battery life. However, it’ll be hard for Apple to beat the competition like Samsung Galaxy Fold and Huawei Mate X in this domain.

Foldable iPhone Price: How much will it cost?

Estimating the price without knowing the specific specs is like shooting arrows in the dark. Still, a rough idea suggests that the price for Apple’s foldable iPhone can go over the $1000 / £1000 / AU$2000 mark as there are a lot of foldable phones in that range.

Apple is known to offer premium products having powerful specs and featuring a brilliant user experience. All of this would add up to the price and it’ll at least be costlier than Samsung’s latest foldable smartphone at that time. 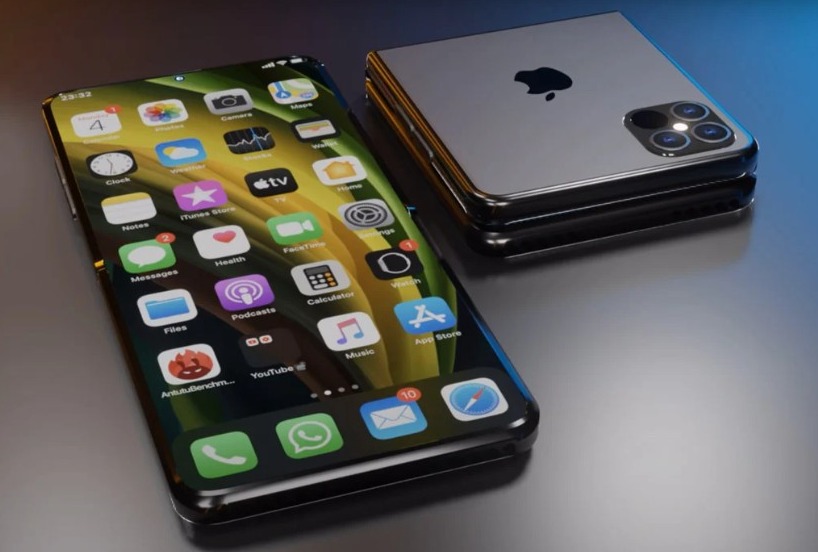 If you’re planning to buy it, you better start preparing your wallet from now. Even if you’ve to shed off loads of dollars, getting a foldable device with a level of Apple polish would be amazing.

Yes, Apple is working on a foldable device which could be an iPhone, iPad, or an iPhone-iPad hybrid. However, we don’t know a release date or window for the foldable at the moment. Several experts believe we may not hear any official words from Apple at least until 2024 or 2025.

You’ll have to wait for a long time if you are planning to get it. Although it’ll be worth waiting for considering Apple’s recent record of releases.

Are you looking forward to buying a foldable smartphone? Which ones have you kept on the priority list should Apple delays its foldable more? Let us know in the comments.