Apple Music Sing: How to Use the New Karaoke-Based Feature?

Apple announced “Apple Music Sing” earlier today which is a new feature that lets users sing along to their favorite songs with adjustable vocals and real-time lyrics. Learn how to use Apple Music Sing to unleash the rockstar within yourself. 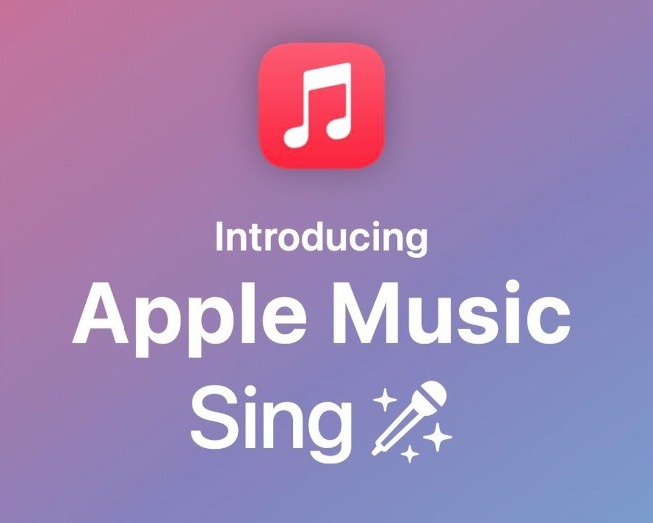 Apple Music Sing will allow fans to lead the song, perform duets, sing backup, and do a lot more things for a perfect Karaoke party. All the functionalities will be integrated within the music-streaming service’s unmatched lyrics experience.

“Apple Music’s lyrics experience is consistently one of the most popular features of our service,” stated Oliver Schusser, Apple’s vice president of Apple Music and Beat, in the news release announcing the new feature.

What is Apple Music Sing?

Apple Music Sing is the music-streaming service’s Karaoke-based feature that allows users to sing along to the song playing on the app. It is very similar to Spotify’s Karaoke Mode which took music listeners by storm earlier this year.

The new Sing feature is based on two main components- Adjustable vocals and real-time lyrics. It will let Apple Music users sing with the original artist’s vocals, take the lead, or mix it up on millions of songs in the service’s catalog. 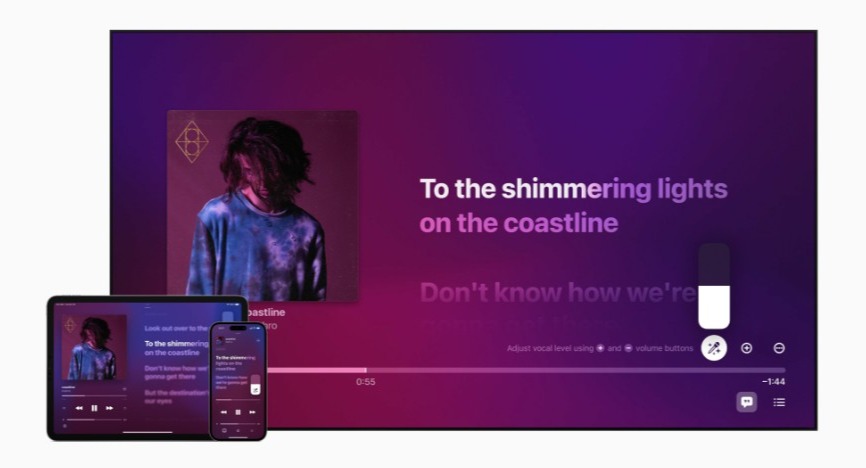 There will be a multiple-lyrics view allowing users to perform duets and sing backup for the perfect Karaoke party or gathering.

How to Use Apple Music Sing?

To use Apple Music Sing, make sure you are using the latest version of the music streaming app and that the feature is available for your device. Sing is going to be available in the Apple Music app on iPhone, iPad, and Apple TV 4K later this month.

When it is available, play a song and tap on the “Lyrics” button in the bottom navigation bar to see real-time lyrics. After that, tap on the newly added “Sing” button to start singing along with animated lyrics that dance to the rhythm of the vocals. 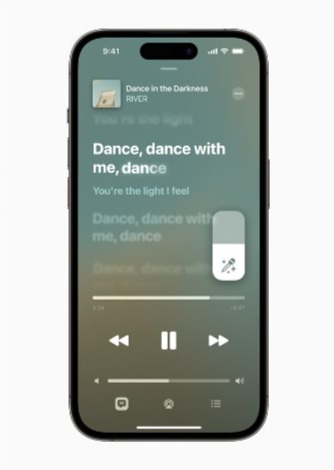 Apple confirmed that vocal lines sung simultaneously will be animated independently while multiple vocalists show on opposite sides of the screen to make duets easier to sing. You can also adjust the vocal level of the song by pressing on the lyric and moving the slider.

Apple Music Sing comes with four key features. They are as follows:

When is Apple Music Sing Releasing for Everyone?

Apple confirmed that Apple Music Sing will be available on iPhone, iPad, and the newly launched Apple TV 4K later this month. However, the Cupertino-based tech giant didn’t share a specific date to expect the global rollout.

They will likely roll out an update in the coming days which will add the Sing feature to the app. Keep checking the App Store if you are eagerly waiting for the new feature.

Did you sing with Apple Music yet? If yes, How was your experience? Sound off in the comments.