All Players Who Scored Hat-Tricks in FIFA World Cup History

The FIFA World Cup fever is getting higher as the tournament has progressed to the Quater finals with some surprises and some new stars in the world of Football. However, 2022 World Cup’s first hat-trick has already come from Goncalo Ramos of Portugal against Switzerland.

The young Portuguese forward was brilliant in the dominant 6-1 win in the Round of 16. All the Portuguese players played in their best form to secure their game against Morocco.

Goncalo Ramos’s hat-trick is the first hat-trick in the tournament, but probably be not the last one as more matches are to come. But with his brilliant 3 goals in his first start for his national team, many legendary players scored in football’s biggest and greatest tournament previously.

There are almost 49 players in World Cup history who scored a hat-trick for their respective countries. Some have even achieved more than once.

Who Scored the First Hat-trick ?

The tournament’s first-ever hat-trick came from USA’s Bert Patenaude in a 1930’s game against Paraguay. In the same tournament, the other two hat-tricks came from Argentina’s Guillermo Stabile and Uruguay’s Pedro Cea.

But the 1954’s World Cup in Switzerland has the most hat-tricks with a number of 9 hat-tricks from 8 different players. The 7 names include Hungary’s Sandor Kocsis, Erich Probst from Austria, Carlos Borges from Uruguay, Turkey’s Burhan Sargin, West Germany player Max Morlock, Austria’s Theodor Wagner, and Josef Hugi of Switzerland.

Oldest Player to Score a Hat-trick in FIFA World Cup

But the oldest player to score a hat-trick in the World Cup is none other than the top scorer of men’s Football Cristiano Ronaldo. His hat-trick single-handedly stopped Spain to win the game with his 3 goals. But sadly the game came out as a 3-3 draw in the 2018 FIFA World Cup.

Youngest Player to Score a Hat-trick in the World Cup Players who Scored Most Hat-tricks 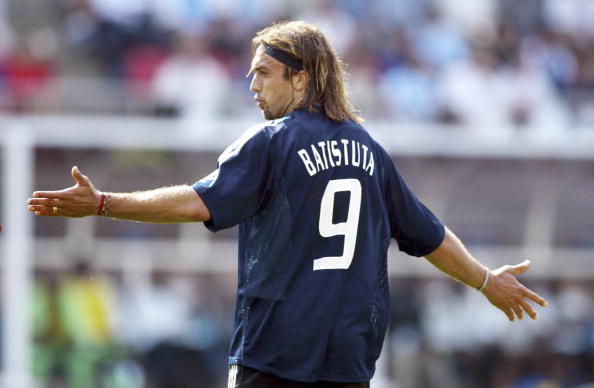 From 1930, there are four players who have scored the most hat-tricks. But the maximum number of hat-tricks in the tournament is still 2. The first player to score 2 hat-tricks is Sandor Kocsis from Hungary’s national team. His three goals came against South Korea and West Germany in 1954.

France’s Just Fontaine is next to Sandor Kocsis and had his first 3 goals against Paraguay and his 4 goals against West Germany in 1958.

The Country Which Has Scored the Most Hat-tricks

Who Has the Record of Scoring Most Goals in a Single FIFA World Cup Game?

Russian footballer Oleg Salenko has a record for scoring the most goals of five goals in a single game. The Russian goalscorer did it against Cameroon in the 1994 World Cup.

Hungary’s former forward Laszlo Kiss scored the fastest hat-trick in a time span of just 7 minutes. On the other side, former German player George Hurst is still the only player to score a hat-trick in a World Cup final in 1966. As it is also the longest hat-trick in the history of the World Cup.

However, some of the greatest players have achieved the feat of scoring hat-trick in the FIFA World Cup. Players like Messi, Maradona, and many legendary players were not able to score 3 goals in a single World Cup game.