WWE and 2K announced post-launch DLC content last month for WWE 2K22. Now, we are nearing the release date of Banzai Pack, which is the first of the five DLC packs for WWE 2K22 coming this year. Check out the WWE 2K22 DLC release date, price, content, and everything else here. 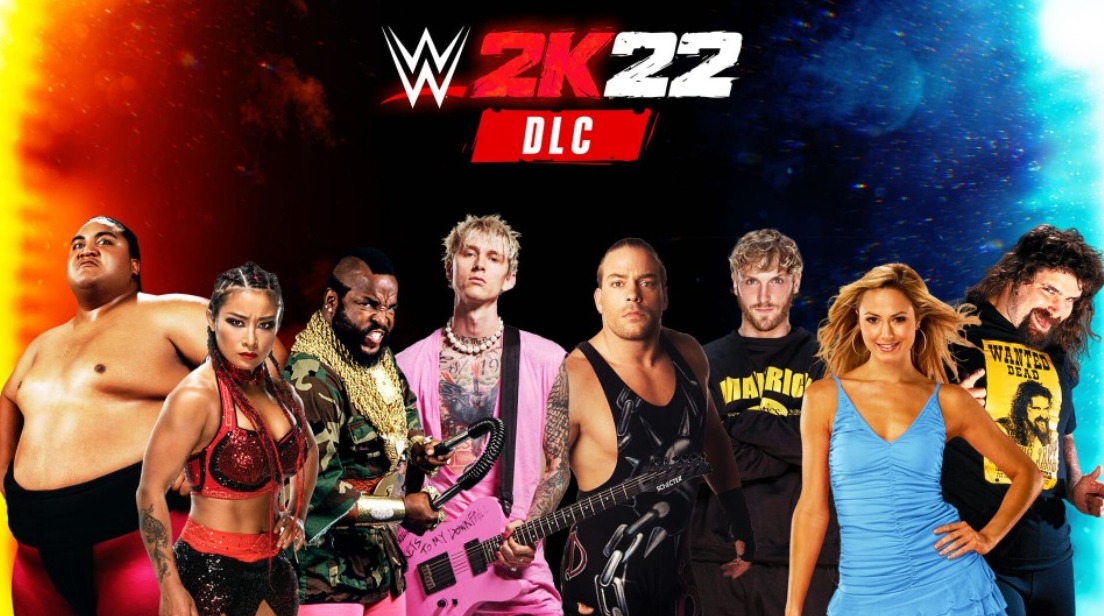 The new Banzai Pack will add five iconic wrestlers to the already stacked roster of the game. In addition, players already have access to the full NXT 2.0 Arena and supporting broadcast matches. Tag Team titles are also fully supported in both Normal and Hard modes.

Visual Concepts, the developer, has also shared the roadmap for the arrival of additional major superstars coming to the game with DLC packs planned for the upcoming months. The names include icons and legends like Ronda Rousey, Logan Paul, Stacey Keibler, and many more.

The WWE 2K22 Banzai Pack DLC is nearing its release date, which is Tuesday, April 26, 2022, and it will be a unified content launch. This means that the DLC content will be available across all platforms including PS4, Xbox One, PS5, Xbox Series X|S, and PC at the same time.

⏰ The Banzai Pack DLC drops tomorrow (or later for some timezones) for #WWE2K22!

Who are you most excited to play as the most from the DLC? 🤔 pic.twitter.com/TLfe2SZfTc

At the time of writing, neither the developer nor the publisher has announced the launch time of the Banzai Pack DLC pack. It will likely be available around midnight across all platforms, and players will be able to access the full content of the DLC pack at once.

What will be included in the WWE 2K22 Banzai Pack DLC?

The list of superstars includes four heavyweights and a diva from NXT 2.0. The heavyweights include three past legends and an up-and-coming star who is currently feuding with Bobby Lashley on the RAW.

Standing at 7 feet THREE inches tall and weighing in at 400 pounds… @TheGiantOmos is heading down the aisle exclusively in the #WWE2K22 Banzai DLC Pack dropping 4/26! pic.twitter.com/wahXHla03V

Upon launch of the Banzai Pack, these five superstars will be available to play with after downloading them. The WWE 2K22 Twitter handle has also revealed the first look at Umaga and Rikishi coming into the game with this DLC.

The ‘Samoan Bulldozer’ Umaga is making his debut in the #WWE2K22 Banzai DLC Pack dropping 4/26! pic.twitter.com/LssdH0E3Cv

Beware the stinkface! @TheREALRIKISHI is dancing his way into #WWE2K22 as a part of the Banzai DLC Pack dropping 4/26. TOO COOL! pic.twitter.com/CJQfhcqPtz

What is the Price of the WWE 2K22 Banzai Pack DLC?

The upcoming Banzai Pack DLC will be included in WWE 2K22’s Season Pass which costs $39.99. Also, Banzai Pack will also be available to purchase individually for a price of $9.99 only.

Upon buying, you will be able to download the content and play with the five superstars included in the pack on any platform. 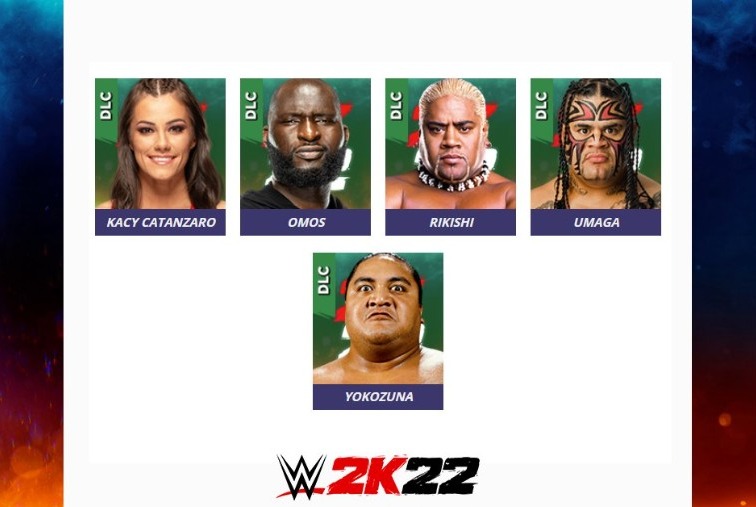 WWE and 2K have planned to make the extensive roster of WWE 2K22 even bigger with the announcement of post-launch DLC content which includes five packs. Banzai Pack is the first one coming on April 26, 2022, and the rest of them will be coming in the following months with June having two of them.

These DLC packs will add 28 additional Superstars and celebrity guests to the already star-studded WWE 2K22 roster. All of them will be a part of the Season Pass, and will also have an option to buy individually. The Season Pass is already included in the Deluxe and nWo 4-Life editions of the game.

WWE 2K22 has already been amazing with staggering graphics, an enhanced gameplay engine, and more intuitive controls. The addition of more wrestlers will only add up to its greatness.

Here is a list of all the upcoming WWE 2K22 DLC packs with their release date, title, and content:

These are all the 28 additional wrestlers coming to WWE 2K22 with the post-launch DLC updates in the coming months. Which superstar are you awaiting the most in the game? Let us know in the comments section.