Dragonflight is the next World of Warcraft expansion that will take players on a ride to the Dragon Isles. The beta program is confirmed for 2022, and you can get access to try it out at the earliest. Find out how to sign up for WoW Dragonflight here with the full process. 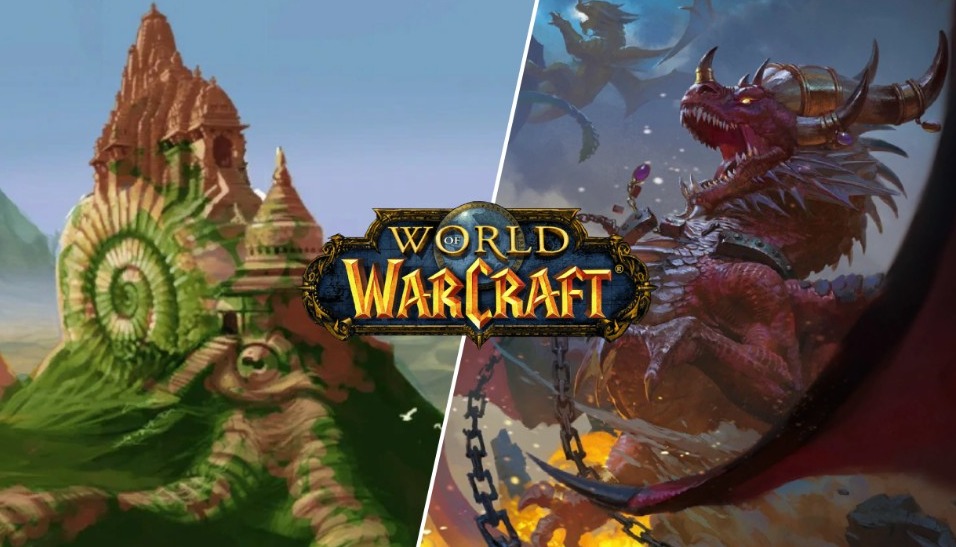 The upcoming Dragonflight expansion will add a lot of fresh changes to the game such as a  new heroic race/class combo, new zones, and an exciting new story. Blizzard is actively working on multiple big projects for WoW, and Dragonflight is a part of it. Another one is the Wrath of the Lich King expansion for WoW Classic that would go live later in the year.

For now, players can register for the WoW Dragonflight beta to get access to the upcoming World of Warcraft expansion before anyone else. The signup options have gone live today. The process is very simple, and we’ll guide you here.

How to Sign up for the WoW Dragonflight Beta?

The World of Warcraft: Dragonflight beta registrations have started following the reveal of the upcoming expansion. Anyone with a compatible Battle.Net account can sign up for the beta and add their name to the list of potential participants for the testing phase.

That’s it. You will see the text stating “Thanks for signing up, (Your Name)!” After that, you only have to wait until Blizzard Entertainment rolls out the Dragonflight beta, and then you can start playing. You will receive an email informing you that you can start testing the new content.

Previously, the WoW beta signup process wasn’t this hassle-free as you had to checkboxes for testing and capture a hardware profile of your PC. However, now it is fairly simple and anyone can sign up for the beta.

Does Signing up for the WoW Dragonflight Beta Guarantees Access?

No, signing up for the WoW Dragonflight beta does not guarantee access to the expansion’s testing phases. There are certain criteria that your account should match, however, the developer hasn’t revealed them. If you are an active player, there are high chances you’ll get access to the beta though.

What I have seen so far about the new WoW expansion – Dragonflight – has been very promising. Really excited to see what things look like once an alpha/beta has been released! Lots of big ideas that will hopefully be implemented.

If you are selected to participate in the Dragonflight beta, you will receive an email from Blizzard informing you that your Battle.Net account now has access to the beta (or alpha).

After that, just log in to the Alpha or Beta client using the same Battle.Net account that you have used for the WoW Dragonflight beta signup process.

What is the Release Date for WoW: Dragonflight Beta?

Blizzard didn’t share any specific date, time, or window for the Dragonflight beta launch in the recent announcement. So, we do not know when the testing periods will go live, and when the full expansion is coming. We can sign up to try out the beta and wait for an official update. 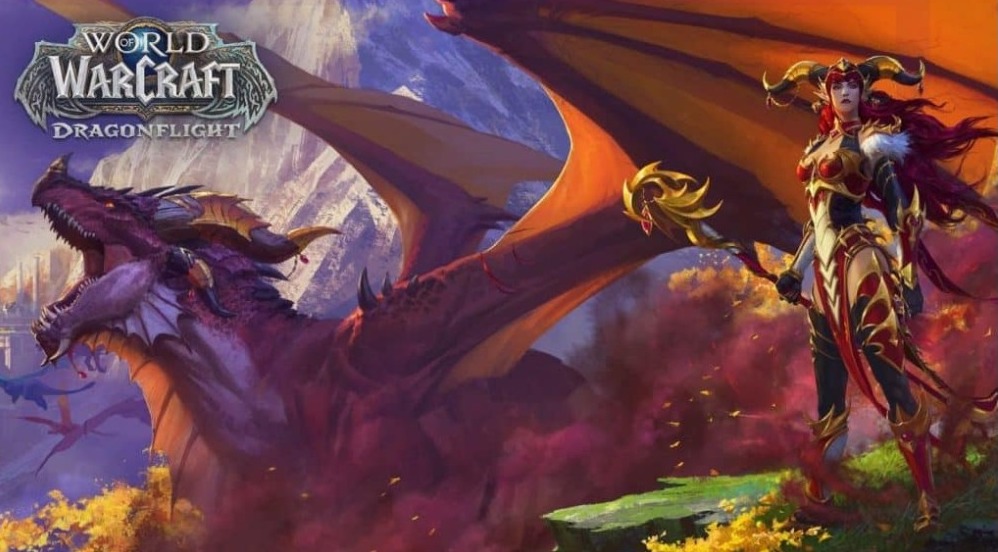 The most recent reports have suggested that Blizzard is aiming to launch the expansion around November 2022. Thus, the beta should be available a couple of months ahead of that. However, delays are inevitable for such massive projects.

What will the WoW: Dragonflight Expansion Bring?

After months of speculation, World of Warcraft: Dragonflight is now official. The upcoming expansion will take place on a large new continent named the Dragon Isles with five new zones. The developer is also revamping some of the core features with the new expansion and will introduce a new playable race, and a new playable class.

Here is everything that the upcoming Dragonflight expansion will bring to the World of Warcraft:

Dragonflight will Start a New Story

WoW: Dragonflight will kick off a new story where the franchise’s legendary dragons seek to rekindle their lost power and reclaim their place as the stewards and caretakers of Azeroth.

Dragons will be available in playable and rideable forms. The Classical-style talent trees will also return. There will be new flight mechanics for dragon-riding.

WoW: Dragonflight will take place on a new continent named the Dragon Isles. It will have four new zones for the players and an additional zone for players starting out as the new race/class combo- Dracthyr Evoker. 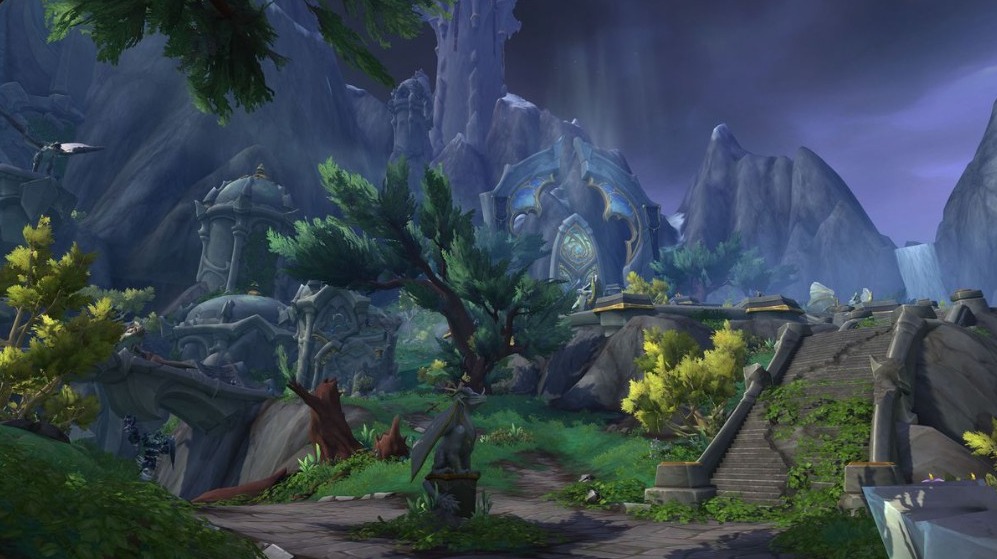 WoW: Dragonflight will also add a new race based on the dragon theme called the Dracthyr. They are humanoid drakes native to the Dragon Isles. They are a neutral race as they can choose to support either the Horde or the Alliance, and they sport Worgen-like transformative abilities to switch between an elven or a draconic form.

In addition, WoW: Dragonflight also brings a new class called the Evoker, which will be exclusive to Dracthyr. They leverage the power of the Dragonflights of Azeroth and have ranged damage-dealing specs while also having healing specs.

Dragonflight will majorly revamp the talent specs with the return of the classic talent trees. The tree-style progression system will allow players to allocate points within their general class while also spending them on a specialized role. 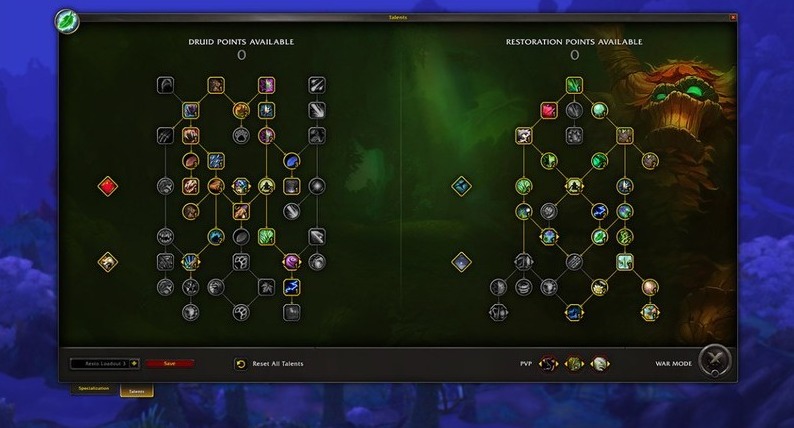 The upcoming expansion will also revamp professions in a comprehensive manner, possibly taking inspiration from FFXIV. It will also revamp the UI (user interface) to make it look more modern and friendly to the players.

World of Warcraft: Dragonflight expansion already looks immensely exciting. Are you looking forward to trying it out soon? Let us know about your expectations from Blizzard using the comment box.