We Were Here Forever Release Date, Teaser and More

We Were Here Forever, which is a co-op puzzle adventure by Independent Dutch studio Total Mayhem Games is finally nearing its launch after being announced over a year ago. Check out the We Were Here Forever release date, pre-order details, gameplay, and more here. 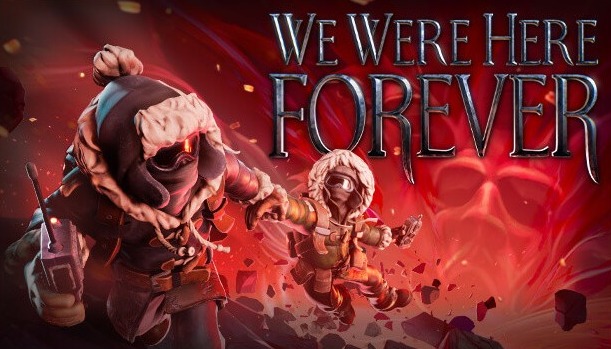 We Were Here Forever is the fourth installment in the series. It will be available on PC, PS4, PS5, Xbox One, and Xbox Series X|S. The game will feature you and a friend working together to solve puzzles and find your way out of a complex situation.

We Were Here Forever Release Date for PC Announced

We Were Here Forever has been in development for a long time now. The game was officially announced with the debut trailer on March 10, 2021, with a release date scheduled for Q4 2021.

However, it faced multiple delays, and now it is set to release in Q2 2022. We Were Here Forever currently has a release date set for May 10, 2022, for PC via Steam and Epic Games Store.

Unfortunately, we only have the PC release date yet. Although the developer has promised that console release will take place soon after the release on PC.

The developer has also revealed that “a playable sneak peek for the game on PC will be available at W.A.S.D. in London from April 7 to 9, 2022.”

When will it be available on Consoles (PlayStation and Xbox)?

However, it won’t be too long once the game is finally available on PC. We predict that it will be available on consoles a couple of months after launching on computer.

Will it be available on Nintendo Switch?

Unfortunately, No. The developer hasn’t shared any details if the upcoming We Were Here game will be available on Nintendo Switch. Considering the fact that even the first title from the series is not available on Switch, the latest one won’t be available on the platform as well.

When your computer crashes during a 'We Were Here' puzzle… 🙃 #WeWereHere | #CoopGame | #IndieGame | #IndieDev pic.twitter.com/yWqZ1Rtj5C

Although anything could happen considering the ever-rising popularity of Nintendo’s hand-held console. Switch already has a good collection of such co-op puzzle games.

We Were Here Stories: Chronicles of Castle Rock also unveiled

Total Mayhem Games have also announced the launch of a special six-episode live-action video series called We Were Here Stories: Chronicles of Castle Rock to prepare players for the backstory of their upcoming game.

The series will feature the backstory of the cursed castle seen in the series through the eyes of Kees Klokkenmaker, narrated by one of his descendants. The viewers will learn of the fall of a great Dutch King who went berserk after seeking eternal life and eventually siding with a demon in doing so.

The first episode of the series- The Fall of a Kingdom is already available on YouTube. You can have a look at it below:

Each episode will unravel the mysteries of Castle Rock. It’s a great way to stay hyped up until we witness the launch of the much-awaited title.

We Were Here Forever Price and Pre-Order Details

We Were Here Forever is already available on Steam, Epic Games Store, PlayStation Store, and Xbox Games Store with the “Coming soon” tag. You can add the title to the wishlist on these stores to be the first to pick it once it is available.

However, the developer hasn’t shared the price of the game. The first game of the series was a free-to-play title but the other two games were paid. The upcoming title will also be paid as well.

We Were Here Forever Gameplay, Story, and Trailer

We Were Here Forever will be a co-op puzzle-solving adventure set around the baffling Castle Rock that we have already seen in the previous installments. The Antarctic explorers will be exploring never-seen-before parts of the castle and unraveling stories of Rockbury.

Total Mayhem Games has promised that the upcoming title will introduce “new, nonlinear ways of playing featuring more than 12 hours of fun, co-op for two, and more crazy riddles.”

Since the official announcement, we have seen two trailers for We Were Here Forever, and now the third one revealing its release date is available. They offer a clear look at what the upcoming game will offer but didn’t reveal many details.

The online-only co-op multiplayer will feature you and your friend working together and communicating using a walkie-talkie to solve perplexing puzzles and escape from the realm of Castle Rock.

For the first few glimpses, the game is looking pretty great. More details about the gameplay will be available in April as we near its release date. Are you excited to play it? Let us know using the comment box.