Valorant’s next major update is almost here and Riot Games is about to introduce an all-new map named Pearl alongside Episode 5 Act 1. Check out when is the release date for the Pearl map in Valorant, key information available about it, and other details. 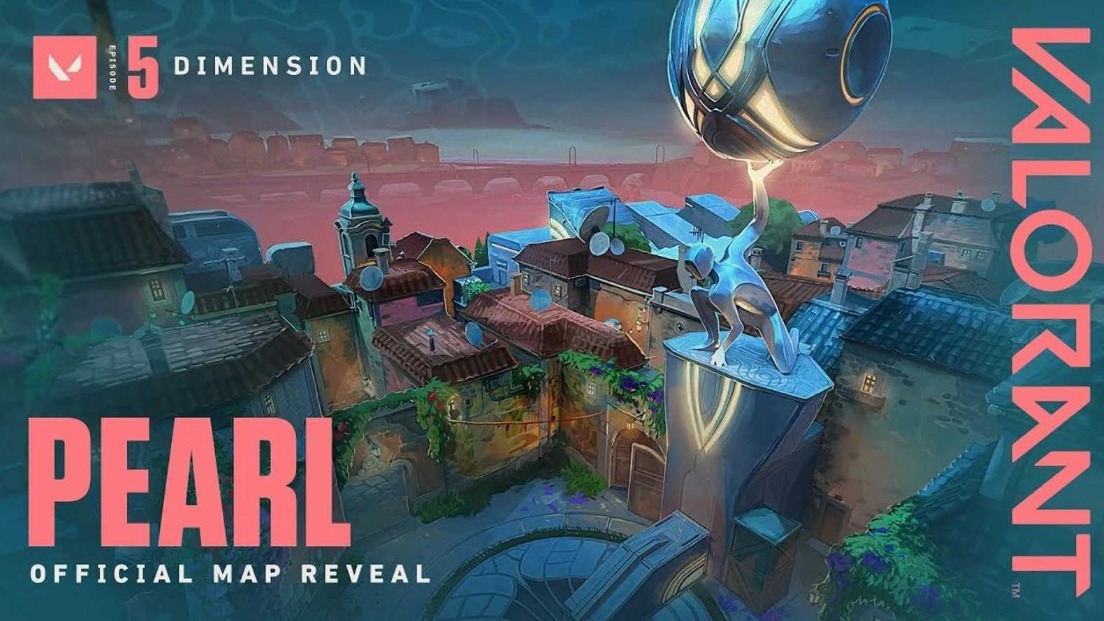 Riot has been teasing the new map recently and it’s just got its official name on June 16, 2022. Before that, the codename Pitt was being used tentatively. The upcoming map is apparently based in Portugal and it’ll be the first fully submerged map in the shooter.

Pearl will increase Valo’s pool of maps to eight. It’s already been around nine months since Riot Games introduced the seventh map of the game- Fracture. All eyes are paying attention to Pearl now as it’s seemingly going to feature a very exciting style of play.

What is the Release Date for Pearl Map in Valorant?

Riot Games is going to introduce Pearl, a new map featuring an underwater world, to Valorant with update 5.0. Recently, the game’s official account has been teasing about it revealing snapshots and clips from the upcoming map.

On June 16, 2022, Riot officially unveiled the name for Valorant’s newest map- Pearl. The Pearl map will be available in Valorant on Wednesday, June 22, 2022. The update will be available somewhere between 5:00 PM ET to 6:00 PM ET.

Join us for Dia do Santuário–a celebration of PEARL: The wonder beneath the waves. pic.twitter.com/7zR9zMiuY5

The new Pearl map will join Valorant’s competitive map pool on July 12, 2022. The traditional modern city map Split will be removed from the competitive and unrated map pool with the release of Patch 5.0 on June 22, 2022.

Until Pearl’s introduction, there will be a temporary six-map pool rotation with Haven, Bind, Ascent, Icebox, Breeze, and Fracture. Split will also leave the professional Valorant circuit map pool after the Last Chance Qualifiers for Champions, which is scheduled for August.

Breaking: Split will be removed from the competitive and unrated map queues on June 22 to make way for Pearl.

Split will exit the map rotation in the VALORANT Champions Tour after the Last Chance Qualifiers in August.

Pearl will be replacing Split in VCT as well. “We wanted to make sure that players had ample time to practice Pearl before integrating it into our official map pool for LCQ and Champions,” Riot said in an official statement.

Pearl Map in Valorant: Everything we know about it

The latest Valorant map Pearl will be set on Omega Earth, also called parallel Earth. It’ll also be a fully underwater map based in Lisbon, Portugal. It’ll be the first map of its kind to be fully submerged and on Omega Earth.

Previously, leaks have suggested that the upcoming Valorant map will be set in Lisbon at the coordinates 38º 42′ N 9º 8′ W. Apparently, the rumors and leaks turned out to be true after seeing official posters and clips from Dia do Santuário. 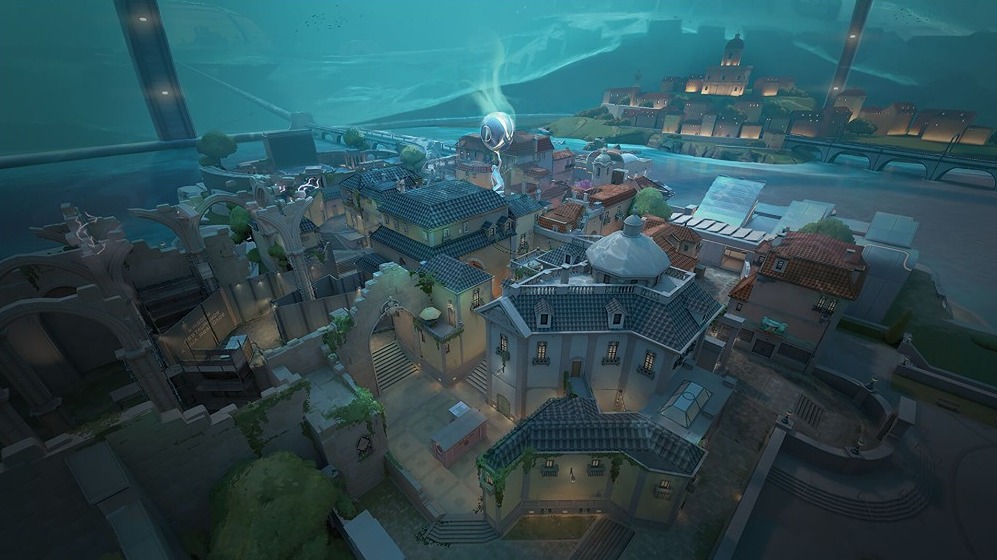 Pearl is going to be a very straightforward map having three different lanes through which Agents will approach the sites. However, Attackers will have to descend into the Defender territory to wisely plant the spike in different areas. It won’t have special features like ropes or teleporters.

In addition, the map features prominent Portuguese influence and possesses elements from a celebration. Players will be exploring underwater areas that seem like a reverse aquarium having buildings and statues. 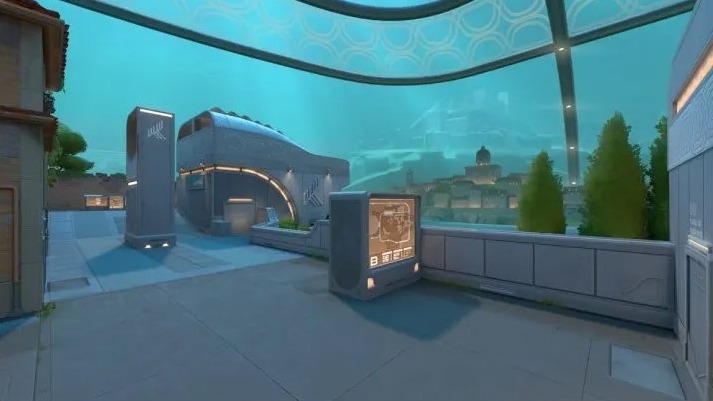 “After Icebox, Breeze, and Fracture, we wanted to make a map that was a little more straightforward. Pearl demands committed engagements, without the rotation and mobility support of doors, ascenders, and teleporters – what you get is something deceptively simple, strategically speaking,” said a Riot spokesperson.

So every VALORANT map has a gimmick

and so and so forth, blah blah

What do you think Pearl's gimmick is going to be? pic.twitter.com/w803v4OnPh

The developers and players are excited about Valorant’s new map Pearl as the new setting will feature the first fully underwater location set on Omega Earth. Players are sharing their reactions on social media platforms including Twitter, Reddit, etc.

Take a look at some of the best ones below:

Pearl is the newest Valorant map and it's a whole ass vibe.

I'd love to sit here all day and just chill. pic.twitter.com/rB7xJIDFic

pearl is such a fun map #VALORANT pic.twitter.com/u8WKIvnp50

Actually really liked Pearl, I’m pretty excited to play on it! It’s seems a hard map to play, but I’m excited to working on it. About the design… ITS FUCKING BEAUTIFUL! Every single tiny detail 🤤 and the battlepass??? 10/10! 🇵🇹

It’s clearly visible that everyone is awaiting the new watery map and witnessing the shooter in an Atlantis-esque area.

Valorant Episode 5 Act 1 will kick off with Patch 5.0, and it’ll also introduce the new Battle Pass. The new Valorant Battle Pass will cost 1,000 VP and will feature the usual range of skins, sprays, gun buddies, and player cards. 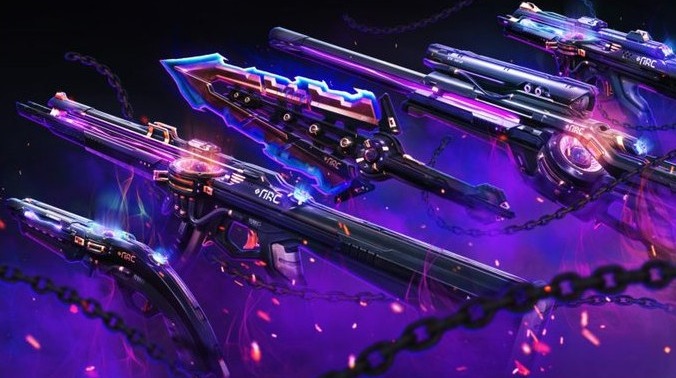 “A lot of players loved the Reaver skins but we didn’t have a sci-fi skin that hit the same dark tone as Reaver. We literally asked ourselves, what would edgelords who love sci-fi want in a skin? What would it feel like to kill a demon?” says Sean Marino, Associate art director.

“We want all skins to feel powerful no matter their design, but for ‘Prelude to Chaos’ we especially wanted to tap into the fantasy of being absolutely unstoppable, like a force of pure chaos and destruction,” adds Preeti Khanolkar, Lead cosmetics producer.

Are you looking forward to the widely played shooter’s Episode 5 Act 1? Did you like the new Pearl map? Tell us in the comments.