The Day Before is the most wishlisted game on Steam currently and fans are eagerly waiting for the launch. However, the developer FNTASTIC has announced that the release date of The Day Before has been delayed by nearly a year, and the game is also shifting to Unreal Engine 5. 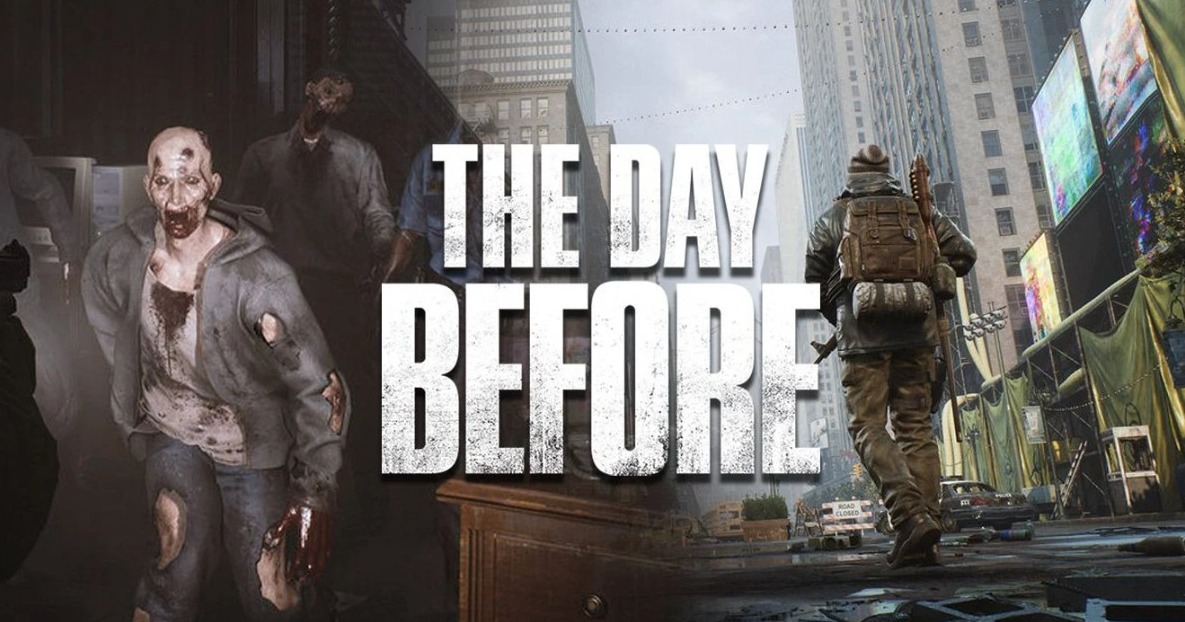 For starters, The Day Before is a post-apocalyptic Massively-Multiplayer Online (MMO). FNTASTIC is the developer of the game while MYTONA is the publisher. It will feature third-person gameplay mixing survival style with in-depth combat, vehicles, and other elements.

Ever since its announcement, people have been surprised by the stunning visuals and open-world MMO concept of The Day Before. Many gamers have been calling it a mix of “The Last of Us” and “The Division” while also having social elements of Animal Crossing.

That’s why the game has been wishlisted on Steam by a whopping 173,259 followers. Let’s take a look at everything we know about the upcoming title.

The Day Before Release Date Delayed by a Year

FNTASTIC initially announced The Day Before on January 27, 2021, with a gameplay trailer revealing the engine, mechanics, and key elements, alongside the official announcement. In October 2021, the developer announced June 21, 2022, as its release date.

However, FNTASTIC recently announced via IGN that The Day Before has been delayed for nearly a year. The new release date of The Day Before is March 1, 2023. The announcement also revealed that the game is shifting to Unreal Engine 5. 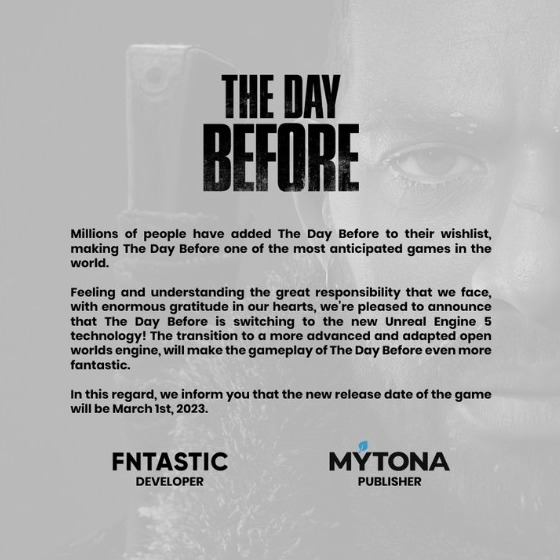 “The transition to a more advanced and adapted open-world engine will make the gameplay of The Day Before even more fantastic,” reads their statement.

“In this regard, we inform you that the new release date of the game will be March 1st, 2023,” the statement revealed. This continues the recent trend of high-profile titles shifting to a better and more advanced engine to provide next-level performance.

The Day Before Platforms: Will it come to PlayStation & Xbox consoles?

The Day Before is coming to PC via Steam. It will also be available on the PlayStation 5 and Xbox Series X|S as per a trailer published by FNTASTIC itself. You can watch the trailer below:

We don’t think the developer will launch The Day Before on the last generation of consoles- PS4 and Xbox One. This is due to the recent transition of the game to Unreal Engine 5. The last-gen console won’t be able to handle the migration.

FNTASTIC may use the extra time to complete the development of The Day Before for the PlayStation 5 and Xbox Series X|S.

System Requirements for The Day Before on PC

Here are the minimum and recommended system requirements to play The Day Before on PC.

You have enough time available now to make the necessary upgrades on your PC to make it able to run The Day Before smoothly.

The Day Before Gameplay and Key Features

The Day Before is set in a post-apocalyptic world with survivors and zombies fighting one another. It mixes realistic visuals, gunplay, scavenging, exploration, vehicles, and a survivor colony safe zone.

The official description of the game on Steam states, “You wake up alone in a world you no longer remember, setting out to find answers and the resources to survive.” The players will have to contend with and against a lobby of hundreds of players in order to survive. 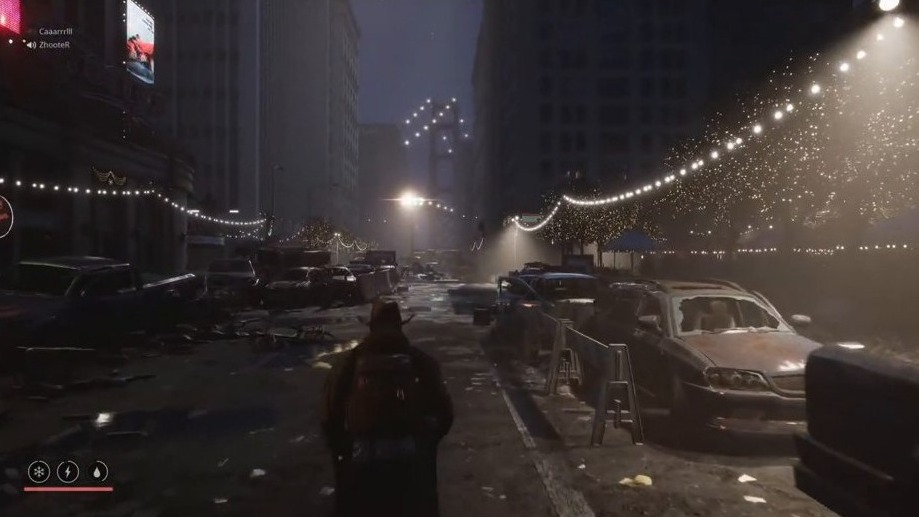 There will be realistic weapons in the game, and players can explore beautiful but dangerous places. Players will also meet up with survivors trying to restore harmony in the world. Your ultimate goal is to be a legend in the new world.

Here are the key features of The Day Before that you must know about:

Scavenging and crafting will play key roles in The Day Before as per the game’s emphasis on these during its marketing campaigns. Players will seemingly have a number of components and items to collect.

They can either sell these objects and materials or use them to craft resources like medkits. There will also be leisure and luxury items in the game like comics and watches. You can keep them with you in your free time.

One of the gameplay trailers for The Day Before revealed much about scavenging as the player is seen holding “F” to search different types of containers. However, viewers found multiple flaws in the footage, and the developer later confirmed that it’s a “work in progress.”

The Day Before will feature survivor colonies where players will be able to talk with other players and sell their loot. This was confirmed in the developer’s interview with IGN. The colonies will be similar to “hubs” in Destiny 2 and Monster Hunter. 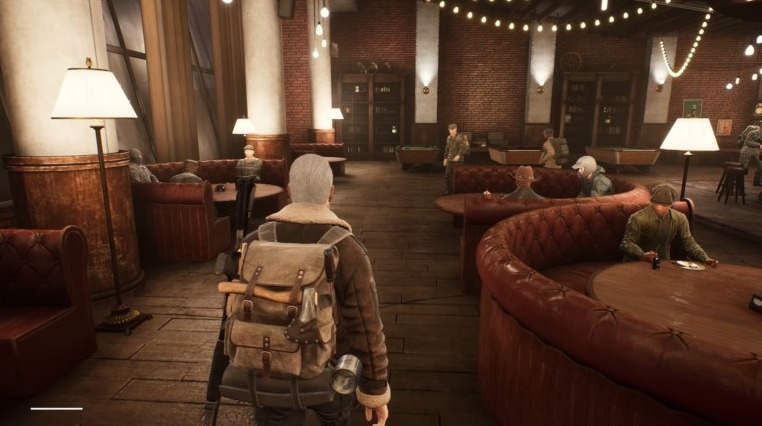 Players will be able to interact, join groups, and complete quests together. FNTASTIC has also talked about plans for various holiday events that will make additional rewards available in the colonies.

The combat system of The Day Before is apparently simple and seems to be like The Last of Us. It revolves around the standard third-person shooter offering players to use different types of weapons, and use cars and other objects as cover to protect themselves.

The finale moments of the gameplay trailer revealed a deadly close-range shot to the head after the player knocked down the enemy. FNTASTIC has also confirmed that different types of equipped weapons will allow you to have certain finishers or takedowns.

It is also known that carrying too much equipment will make your character become noisy. An example of this can be seen in the trailer where the player enters a building filled with passive zombies.

Vehicles will play a major role in The Day Before’s gameplay. The developer has also uploaded a clip of how driving works in the game. The clip shows a truck driving through off-road terrain filled with mud. 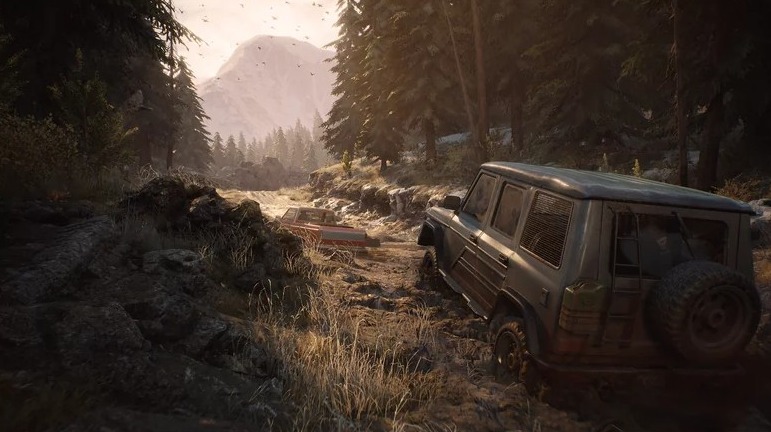 In another interview, the developer mentioned that if your vehicle is not equipped with the proper power to go through the mud, you will get stuck. Driving will play a key role in escaping from your foes and traversing the map.

PvP and PvE will have a major role in The Day Before according to the developer’s conversation with Everyeye.it. “There will be no The Division-styled Dark Zone,” the developer told.

Players will be able to run into other players anywhere in the world, and it’s their choice if they want to beat them up or align with them. Other players will also have the same decision to make. 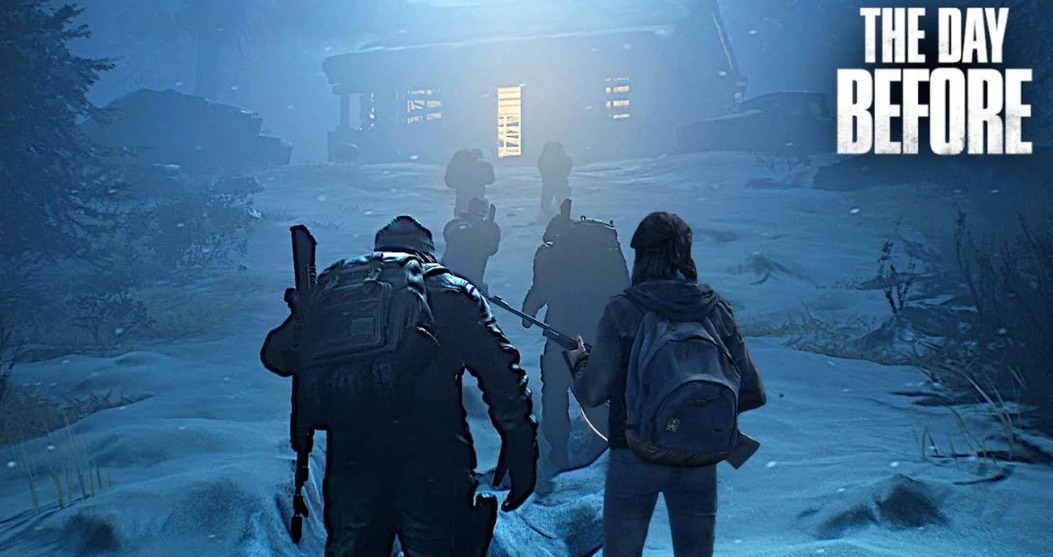 However, don’t expect modes like the Team Deathmatch in the game. The best thing is you can also enjoy the game playing solo without having to depend on anyone else.

The developer has confirmed that they are focusing more on the sound design of The Day Before rather than cluttering the screens with HUD information. This will allow them to offer a more immersive experience while players are exploring the world.

Other Notable Features of The Day Before

Here are some other notable features of The Day Before: 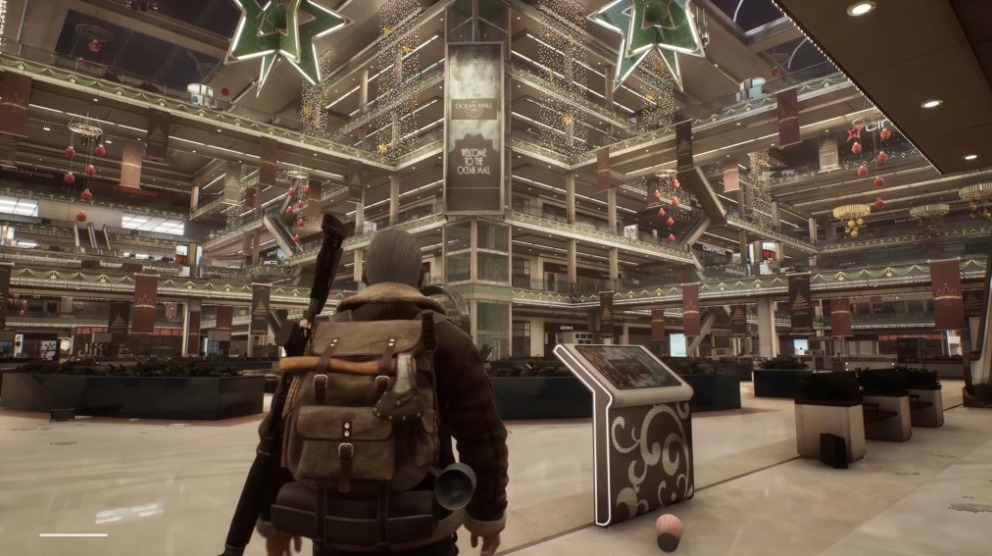 The game seems to be amazing so far. If the developer is able to keep up with the expectations, we are set to have one of the best games of this decade.

The Day Before Trailers

The Day Before has a number of trailers available, starting with the announcement trailer followed by multiple gameplay trailers. The trailers reveal staggering graphics of the game alongside the immersive gameplay experience.

You can take a look at all the available trailers here:

You can check out the official FNTASTIC YouTube channel to watch more footage of the upcoming game. We may get more trailers in the coming months as we near its release date in early 2023.

Have you wishlisted The Day Before on Steam? Let us know in the comments.