Star Wars Jedi: Survivor has finally received an official release date and will release by March 2023. Sequel to the 2019 hit game, Star Wars: Jedi Fallen Order, Survivor will continue the journey of Cal Kestis through the galaxy. Several characters from the first game will also be seen returning in the next installment.

The release date briefly appeared on Valve’s popular video game digital distribution service, Steam. The detail has since been removed and at the moment, the release date shows Coming Soon. Publishers of the game, Electronic Arts (EA), have not commented on the release date yet. 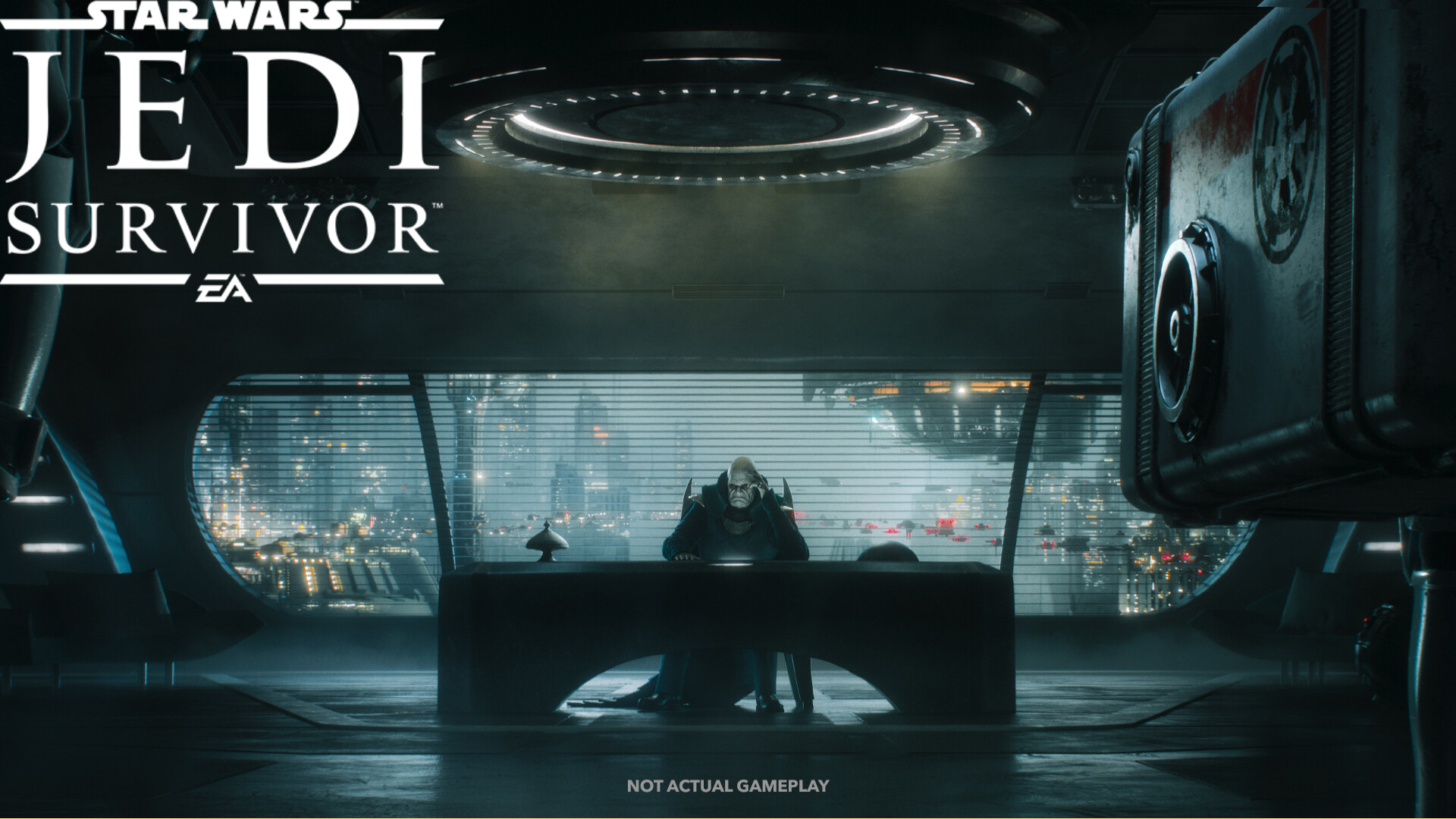 While EA has not made an official statement on the release date of Jedi: Survivor, they did mention they will release a major exclusive by their fourth fiscal quarter. This runs from Jan. 1 to March 31, 2023, and hence Steam’s leaked date lines up perfectly well for a release date. Jedi: Survivor was first announced back in May this year, with a tentative release date set to 2023, without any more details or specifics.

A cinematic teaser for the game was released in June 2022 but did not feature any actual gameplay footage. The game is said to be set five years after the events of the first game, Fallen Order. The game will be built for the current-gen consoles and PC, but details on the required specifications will become apparent at a later stage. 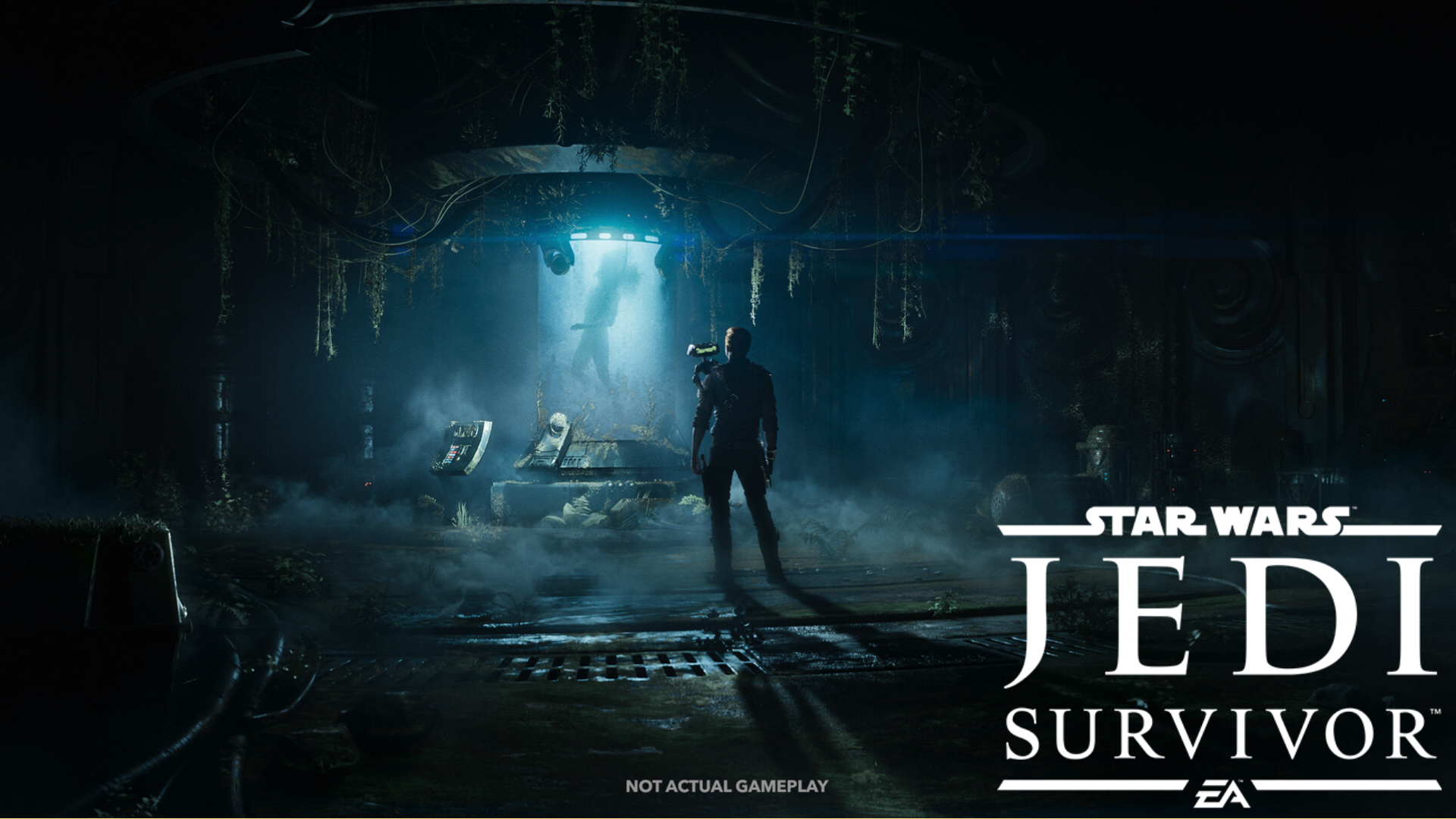 In the teaser, we get to see a figure in a stasis tank with only their left arm being shown. There are theories going around that this could be the final Jedi who survived the Clone Wars, left in a stasis tank, and forgotten who Cal rescues in the game.

Either that or this is the same figure that is shown wielding a red saber, left-handed, fighting Cal in the teaser. If that ends up being the way the game progresses, they could actually introduce the first Sith character in the game. As tinfoil hat theories go, the character could end up being just about anyone in the game. 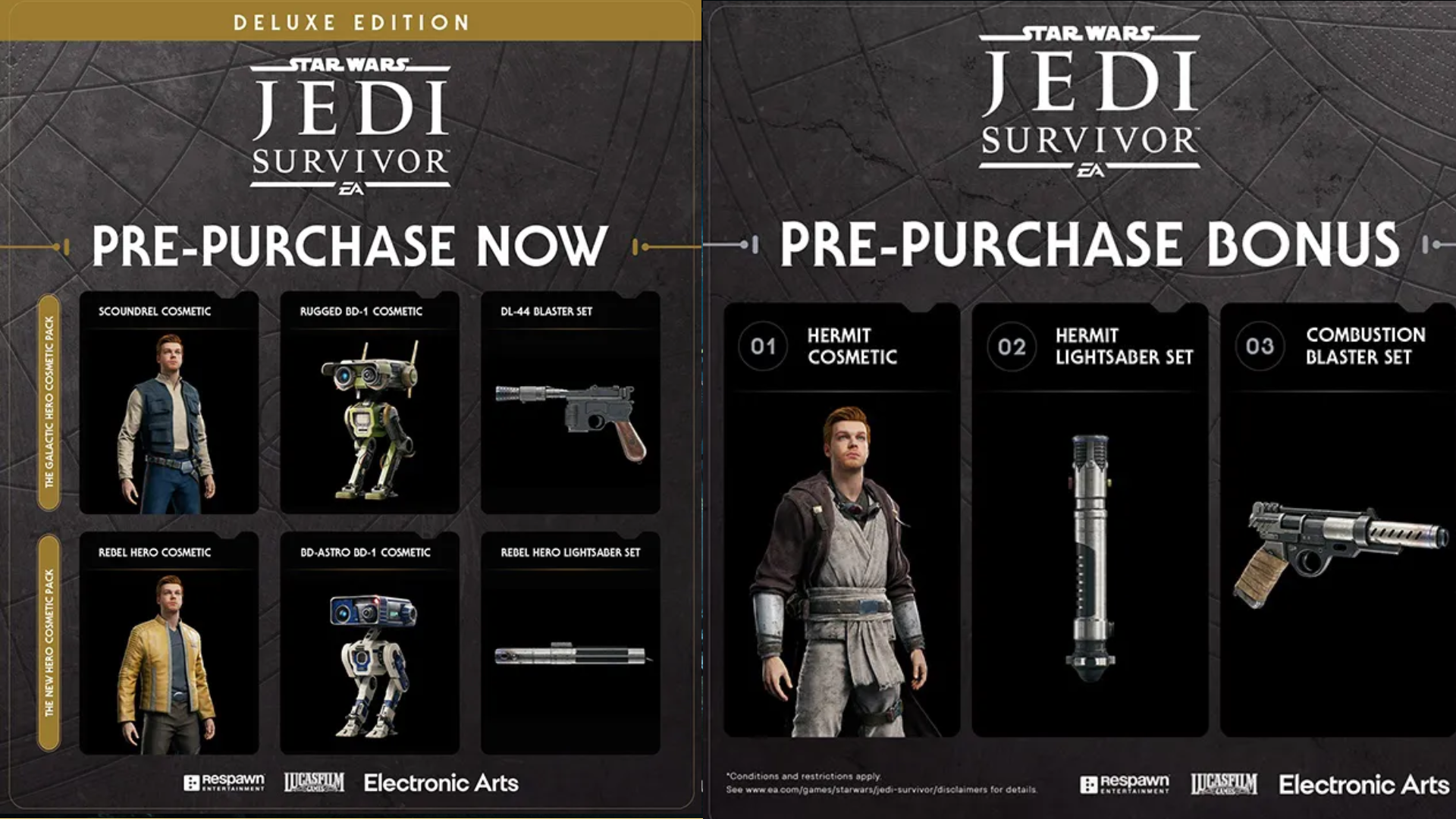 Steam has also listed some new outfits for Cal Kestis and his trusty droid BD-1. There are digital bonuses for pre-orders of Star Wars Jedi: Survivor’s standard and deluxe editions as usual. Players will get outfits inspired by Luke Skywalker and Han Solo with the Deluxe edition along with a DL-44 blaster and lightsaber, depending on the outfit received.

Players will also get new skins for BD-1 including an Endor soldier skin or R2-D2 skin. As for the standard edition pre-orders, players will receive an outfit inspired by Obi-Wan Kenobi: a hermit outfit, and a hermit lightsaber.

Chime in the comments if you’re waiting for the game and if you have pre-ordered it already.