Skate 4 is among the most awaited games by EA and we finally have some information available about it. It’s been around twelve years since Skate 3, the latest in the series, launched, and players have been craving a newer title. Find out everything about the next “Skate” game here.

A few days ago, EA officially named Skate 4 “SKATE” and revealed that it won’t be a direct successor to the forerunners. The game will be available as a free-to-play title and players will be able to enjoy several seasons over the course of time.

After much wait, players are finally getting a clearer picture of the upcoming skating simulator. The best part is that it’s also coming to PC and will have a multiplayer mode allowing players to enjoy it together.

Skate 4 Release Date: When to expect it?

Skate 4 was announced by series director Deran Chung and creative director Chris Parry during the EA Play Live 2020 showcase. They revealed that fans of the series have commented it “into existence.” It was also revealed that the game is in early development.

Cutting to July 2022, we know that Skate 4 is coming and it’ll be named “Skate.” EA has also confirmed that Skate will be a free-to-play title and Full Circle is the developer working on it. However, we still don’t have a release date.

Although a release date for Skate 4 is expected to be available in the coming months, the game isn’t coming anytime soon. There are some reports suggesting that the game could be coming in late 2022. However, that seems to be a long shot. 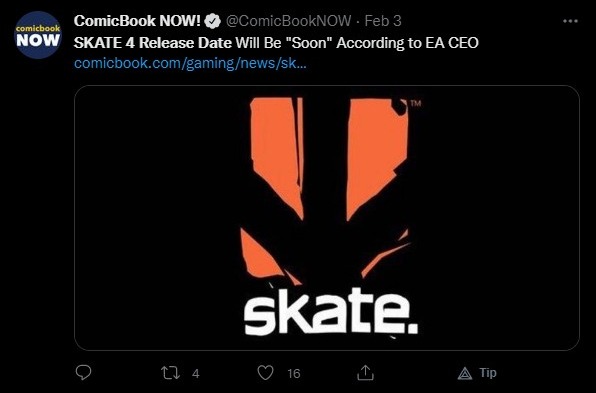 Realistically, the game would not be available at least until mid-2023 or maybe 2024. The good news is that the EA CEO Andrew Wilson stated that the skateboarding simulator will “launch soon” during the company’s Q3 2022 earnings call.

Skate 4 Platforms: Will it be on PS4 and Xbox One?

EA has confirmed that EA will be available on PC, PlayStation, and Xbox. It’ll likely be available on PS5, Xbox Series X|S, and Windows PC. However, there are no comments available if it’ll launch on PS4 and Xbox One.

We expect Skate 4 to be available on PS4 and Xbox One as well considering EA’s recent trend. FIFA 22 and Madden NFL are both launching for last-gen platforms as well. However, new games like Star Wars Jedi: Survivor will be exclusive to the next-gen consoles. 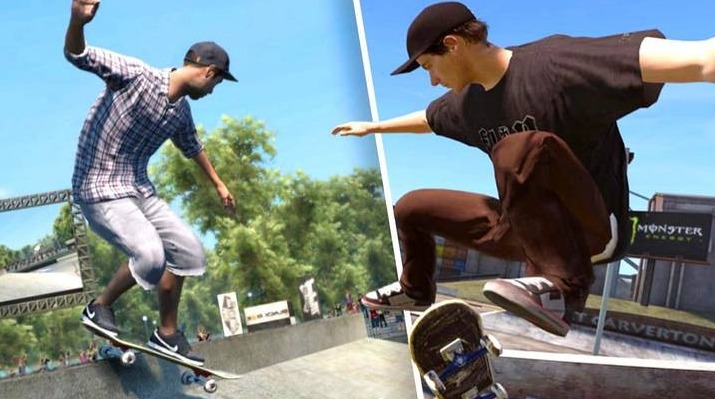 A mobile version of Skate 4 is also in the works, and it’ll be available for players on Android and iOS devices. Hence, the upcoming Skateboarding simulator will be available across several platforms.

They also confirmed that cross-platform play will also work on mobile versions of Skate. This means players will be able to play with or against all of their friends regardless of the device they use.

EA Skate will be a Free-to-Play Title

Another good news coming from the same stream is that Skate will be a free-to-play title across all platforms. And, it won’t be a pay-to-win as well. There will be “no map areas locked behind a paywall” as the devs said in a statement.

They also revealed that the next Skate game will not have loot boxes or “paid gameplay advantages.” They cited Apex Legends as a good example of a free-to-play game doing well and Skate will walk on a similar path.

EA dropped the first trailer for Skate 4 in Summer 2021 while stating they’re working on it. There was no gameplay, no cutscenes, and not even any pre-rendered assets. There were only performers doing stunts and devs explaining how early-on the game is.

After that, we’ve finally got an actual trailer for Skate recently and EA is calling it “pre-pre-pre-alpha” footage. You can take a look at it here:

The latest clip reveals some of the movements and tricks you can expect to see in the final draft. It also shows the character models and environments under development. The developers have simply left the fans wanting more of it to keep building the hype.

After that, another trailer was dropped titled “The Board Room” and it reveals more gameplay footage from the upcoming skateboarding simulator. You can watch it here:

The latest clip also shows off several new ways of movement aside from regular boarding. You can see characters luge on their boards, and then they ditch them completely to parkour, swing, and run around the world.

For the gameplay, the Skate series is renowned for allowing you to define your own style of skateboarding. The physics and animations are set up in a manner that you believe is as if you are actually moving on a skateboard.

Skate 4 (Skate) will simply carry on the legacy and you’ll be able to develop your own skill-based tricks. EA has previously confirmed that the upcoming game will try to update the award-winning formula of stringing tricks together to create unique lines. 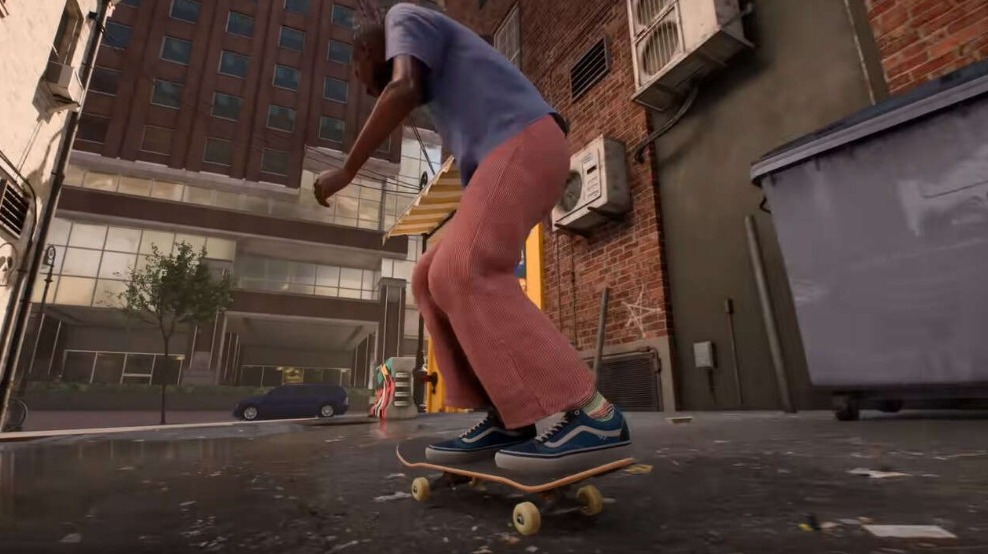 More details on the gameplay will be available once EA reveals more footage of the game. We’ll hopefully have a better idea after the Playtest concludes.

Skate could have a solid Character Creator

Skate, an EA Sports game, will surely have lots of cool clothes and accessories that you’ll be able to unlock and use with your character. There should be some free options available as well. That will help everyone get their unique look in the skateboarding world.

How to Join Skate PlayTest by EA?

EA has planned a Playtest for Skate (Skate 4) and you can sign up in order to try and become among the first players of the game. Registering for the Playtest is simple. You just have to visit this page and click on the “Sign in to EA Playtesting” button.

After that, sign in to your EA account or create a new one. Finally, enter the required responses and submit your application. If you are selected for the Playtest, EA will send you an email inviting you to play the game.

“As a Skate insider, you have the chance to play early versions of the game and provide feedback throughout our development journey,” the Playtest page states.

However, there’s no set for the Skate Playtest at the time of writing. “We can’t guarantee how soon you’ll get to play. We will be inviting players to participate in playtesting based on varying factors defined by our goals for testing at that time in development,” the page continues.

The Playtest will initially be available on PC via Origin. However, it should expand to more platforms in the future. As it’s a closed playtest, only the registered users will be able to participate in it.

That’s all about Skate for now. We’ll keep you updated as more information is released. Make sure you keep visiting us frequently.