After initially announcing the games in February this year, the Pokemon Company and developer Game Freak published a new trailer for Pokemon Scarlet and Pokemon Violet which confirmed the games’ release date, and revealed new Pokemon including the Legendaries that will be on the cover, and offered a longer look at the gameplay. 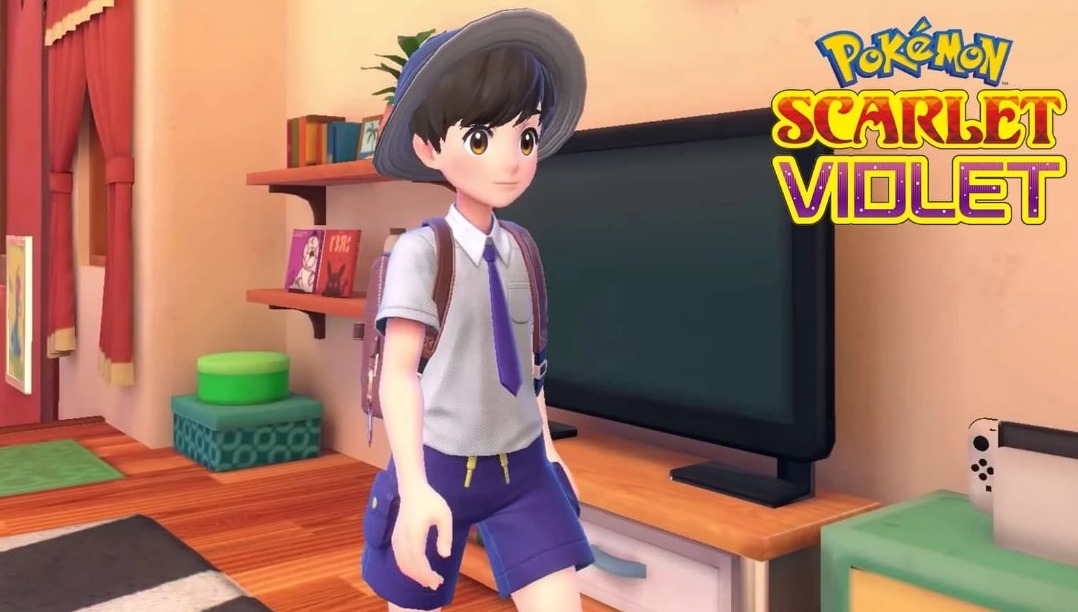 The trailer also showcased returning Pokemon in the game and the open-world concept that players are already aware of from Pokemon Legends: Arceus. Along with this, the new trailer also confirmed that Pokemon Scarlet and Violet will have two different professors in the game.

Professor Sada will appear in Pokemon Scarlet while Professor Turo will have a role in Pokemon Violet. This is the first time that the two games of the same generation will feature different professors.

The trailer also unveiled a new NPC girl named Nemona who’ll continue to cross paths with you on your journey. The most surprising reveal from the trailer was the introduction of co-op multiplayer for up to four players in Pokemon Scarlet & Violet.

Pokemon Scarlet & Violet Trailer: What did it reveal?

The first trailer for Pokemon Scarlet and Violet dropped on YouTube on Wednesday, June 1, 2022, at 6:00 AM PDT. This is the first-ever brief look at the upcoming 9th generation of Pokemon games.

The trailer initially shows a longer look at the previously revealed starters of the games- Sprigatito, Fuecoco, and Quaxly that Professor Sada (Pokemon Scarlet) or Professor Turo (Pokemon Violet) will provide you for your journey.

You will be able to explore the all-new region in an open-world concept, just like Legends Arceus. However, the familiar features and mechanics that were missing in Legends Arceus will be returning this time. 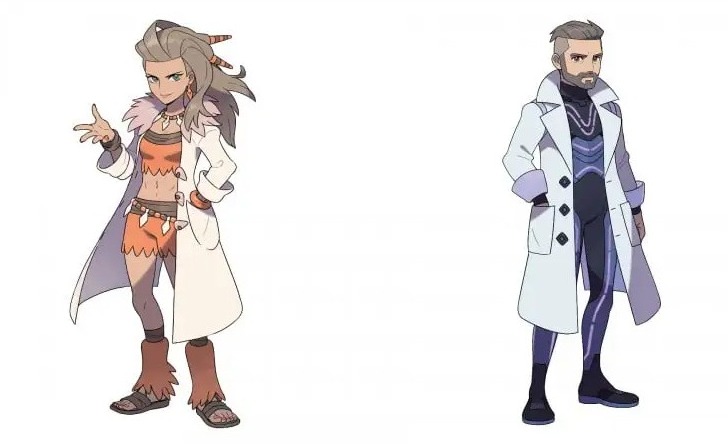 The trailer also showed a Past and Future theme for the upcoming Pokemon Scarlet & Violet games. You can notice it in the dresses of the professors and the design of the newly revealed legendaries.

New and Returning Pokemon in the Upcoming Games

The latest Pokemon Scarlet and Violet trailer revealed a number of new Pokemon alongside the ones that we already know. Here is a list of the newly shown Pokemon: 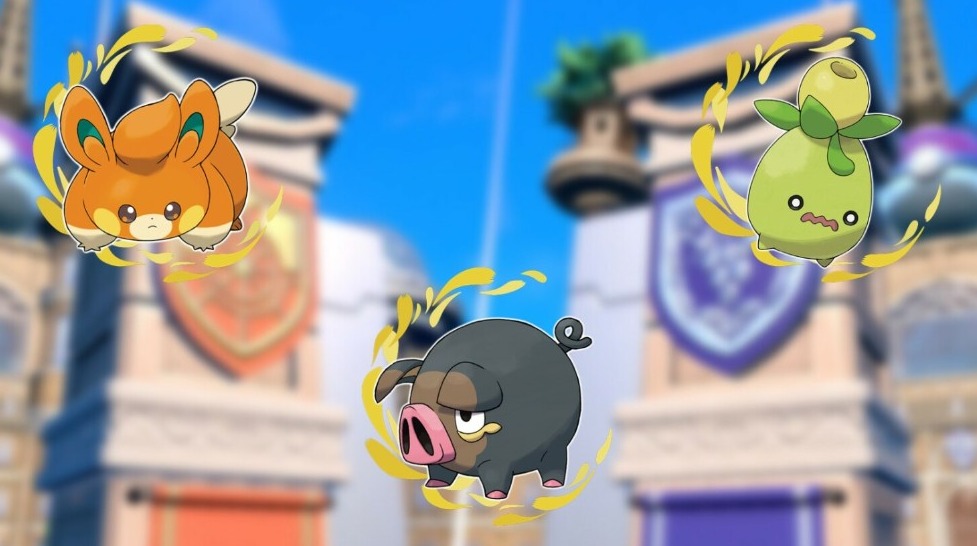 Along with these, you can see a number of familiar Pokemon like Fletchling, Flaffy, Gengar, Cryogonal, and others. This confirms there will be Pokemon from different generations in the upcoming Pokemon Gen 9 games.

Previously, a regional version of Bonsly also leaked but we don’t know if it’s real or just fan-created. It didn’t appear in this trailer though.

Koraidon and Miraidon are going to be the new cover stars for the upcoming Pokemon Scarlet and Pokemon Violet, respectively. These two are serpent-like Pokemon with faces like a snake or lizard.

The trailer revealed the first look at the legendaries resting on top of a mountain amidst the ocean. Koraidon, the legendary beast exclusive to Pokemon Scarlet, has legs and looks like a monster coming from mythology.

The legendary Pokémon have distinct Japanese references in their names: 'korai' of Koraidon means ancient and 'mirai' of Miraidon means future! You can see that reflected in their designs #PokemonScarletViolet https://t.co/heTrFhaOzJ pic.twitter.com/g7oCzfpja7

On the other side, Miraidon, the legendary beast exclusive to Pokemon Violet, has two rocket-fueled engines that seemed to be floating, and it looks like a futuristic dragon coming from a sci-fi movie.

Pokemon Scarlet and Violet Will Have Co-Op Multiplayer

One of the most interesting reveals that the new Pokemon Scarlet and Violet trailer offered was that the upcoming games will include multiplayer gameplay for up to four players. The players will be able to explore the unnamed region, catch Pokemon, and battle with trainers in multiplayer. 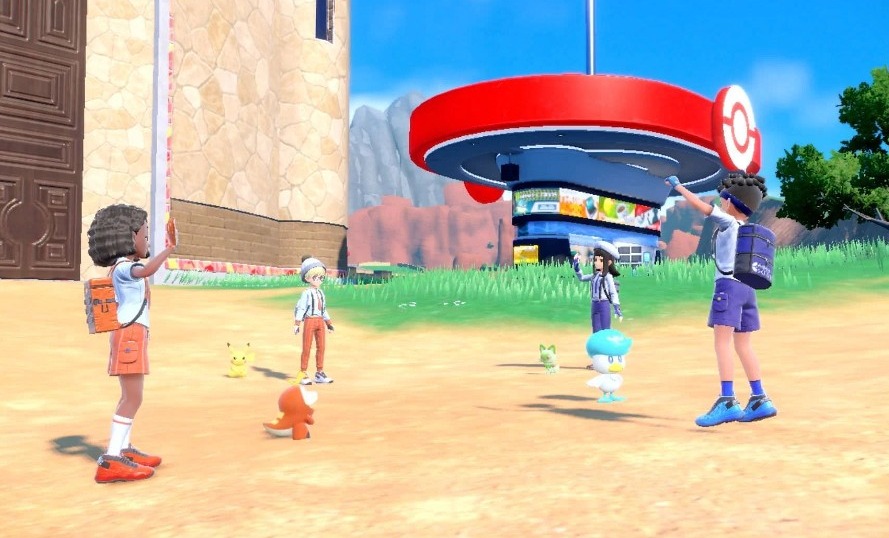 The trailer also showcased the first look at trading Pokemon in the upcoming Gen 9 games. These two games are looking to be really amazing this far.

The latest Pokemon Scarlet and Pokemon Violet trailer also confirmed the release date for the games. Previously, we only knew that the games are coming later this year. Now, we know that Pokemon Scarlet & Violet are launching on November 18, 2022. 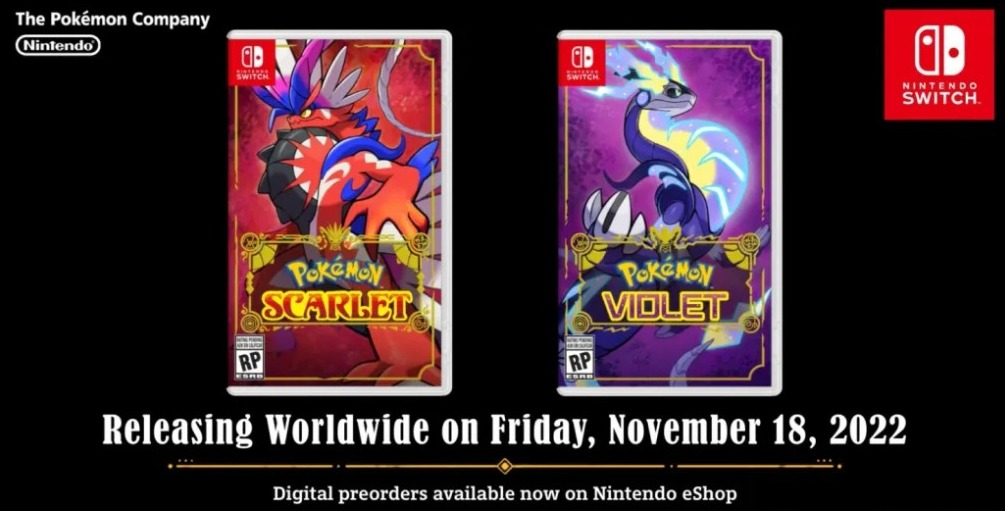 Are Pokemon Scarlet and Violet Available for Pre-Order?

At the end of the trailer, Game Freak confirmed that the digital versions of Pokemon Scarlet & Violet are available at the Nintendo eShop for pre-order. Players can book their copies of the game right away to be eligible for the pre-order bonuses that aren’t announced yet.

The pre-orders have been live since April 2022, and pre-ordering the games will allow you to pre-load them once they are available. So, you’ll be among the first players to enjoy them. You’ll have to shed off just $59.99 to do that.

The latest Pokemon generation is already looking impressive. This has been a wonderful year for Pokemon fans after getting Legends Arceus in January, and the year will end with two new games.

Are you excited about them? Which version are you going to pick? Let us know in the comments.