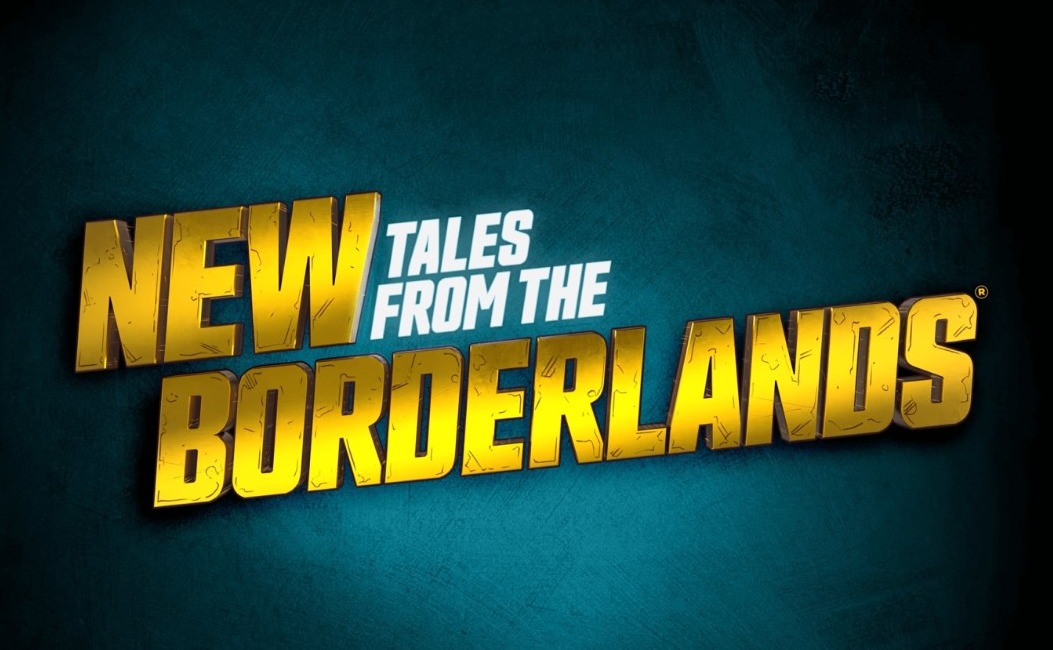 Developed by Gearbox Software and published by 2K, New Tales From The Borderlands will be a spiritual successor to Telltale’s Tales from the Borderlands. This time, the focus ain’t on the famous heroes like Rhys and Fiona, unlike the original Tales series.

Instead, the game will feature three new characters who are the “loveable losers” and will be on an adventure to save the world. These three will be Anu, Octavio, and Fran. The upcoming title was originally revealed at Gamescom ONL 2022 and is set to launch now.

New Tales From The Borderlands Release Date and Platforms

New Tales From the Borderlands is set to launch on Friday, October 21, 2022. It’ll be available on PlayStation 4, PlayStation 5, Xbox One, Xbox Series X|S, Nintendo Switch, and Windows PC (via Steam and Epic Games Store). 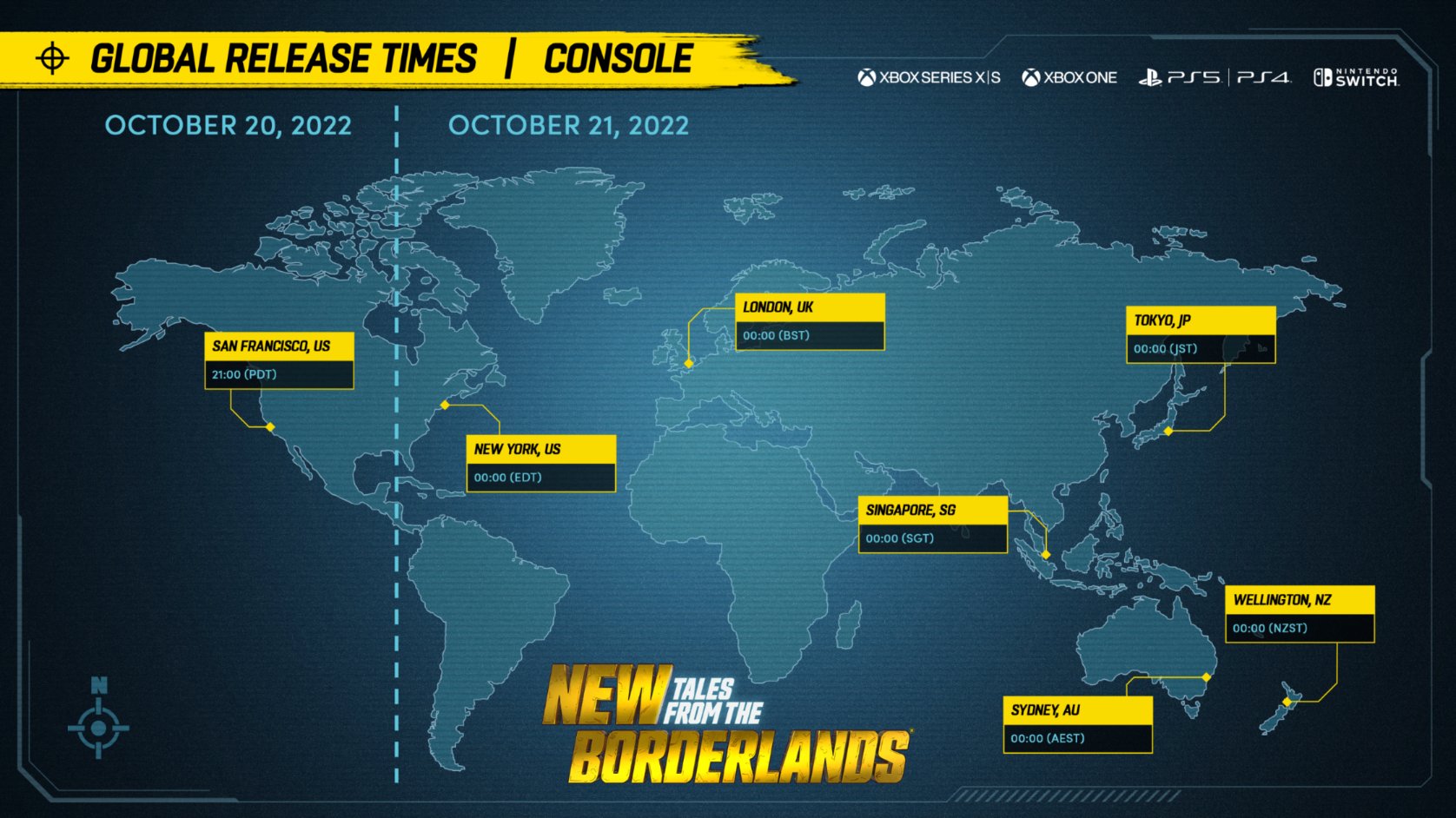 The release date and platforms for New Tales From The Borderlands were confirmed with the announcement trailer that premiered in August 2022. The trailer also reveals the game’s setting, cast, and various key details that you must know about.

You can watch the trailer here:

Alongside this, there is also a gameplay trailer available for the game that you can watch to have an idea of what to expect from it. You can have a look at it here:

As per the available footage, the game seems to be pretty enticing. Borderlands fans are definitely going to give it a shot. There are familiar elements and mechanics as well as new features.

New Tales From the Borderlands Price and Pre-Order Bonus

New Tales From The Borderlands is available to pre-order right away and you can still claim the bonus content by purchasing it before the release date. You will get the Adventure Capital Pack consisting of the following items as the pre-order bonus: 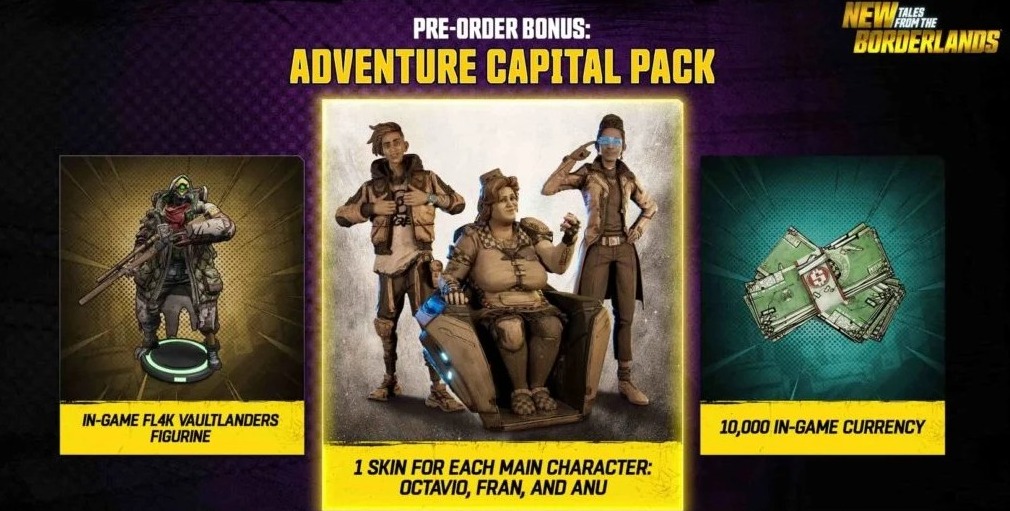 You can pre-order the game on the store related to your platform. The game is available in two editions- Standard Edition (digital only) costing $39.99 and a Deluxe Edition (available digitally and physically) costing $49.99.

The Deluxe Edition includes the original Tales from the Borderlands. If you haven’t played that, it’s the perfect deal for you as you’ll be getting two stunning games at the price of one.

What time does New Tales From the Borderlands come out?

The official Borderlands handle on Twitter has confirmed the launch time for New Tales From the Borderlands based on where a player lives. You can take a look at the tweet here.

Wondering when New Tales from the Borderlands will be released where you live?

Check out our release map for the most up-to-date info for your time zone. 🌎 pic.twitter.com/XKVb0E5iPt

According to this, New Tales From the Borderlands will launch at these times in different regions on its scheduled release date:

The game will be available to pre-load for anyone who pre-orders the game a day prior to these times.

New Tales From the Borderlands Gameplay and Characters

New Tales From The Borderlands is an upcoming episodic narrative adventure. This game will serve as a spiritual successor to 2021’s game Tales from the Borderlands. However, the protagonists are different this time.

The game offers lead roles to three new characters- Anu, an altruistic scientist, Octavio, Anu’s wannabe-streetwise but amusingly hapless brother, and Fran, the owner of a froyo ship in the metropolis of Promethea.

These three are a bit different from other Borderlands heroes as they’re just “downtrodden intrepid civilians” trying to survive the invasion of their home world by Tediore, a weapons manufacturer in the setting of Promethea.

Players will be taking control of one of the three characters and will have ti complete quick-time events, make different dialogue choices, and ultimately make decisions that will impact the outcome of the story.

Each character will have a unique item that will help them through intense situations throughout the journey. For instance, Anu has a pair of hi-tech glasses that allow her to scan her surroundings. Octavio has an ECHOdex to heck other devices while Fran has a hoverchair that has several weapons integrated. 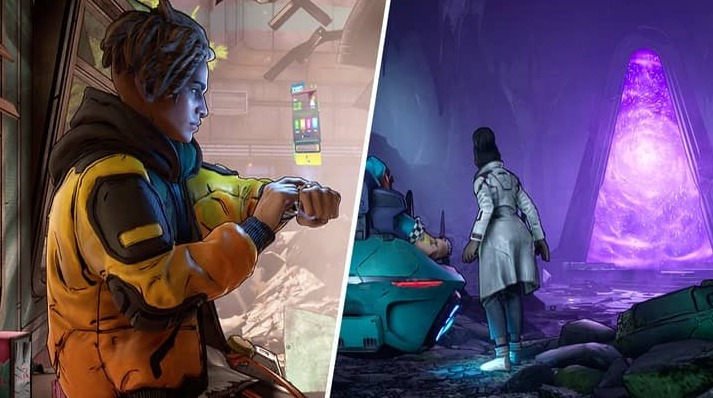 There are also fighting minigames titled “Vaultlanders” in New Tales From The Borderlands. They’ll allow players to collect Vaultlanders, collectible figures with certain rarities and stats, and make them fight each other.

New Tales From The Borderlands Story and Plot

New Tales From The Borderlands is set a year after the events of Borderlands 3 and takes place on the rampage-witnessing planet Promethea. The weapon manufacturer, Tediore, is taking over the planet while three heroes (or losers) will be looking to counter the attack.

Dr. Anuradha “Anu” Dhar, her brother Octavio Wallace-Dhar, and Fran Miscowicz will cross paths on the worst day of their lives trying to evade getting killed. The three must work together to deal with the situation, defeat criminals, and take down monsters 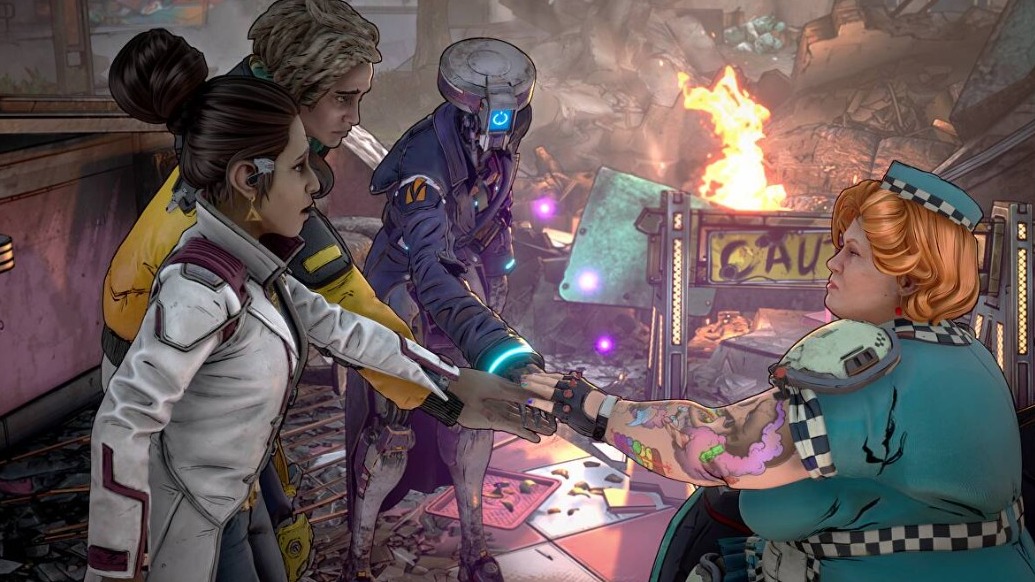 That’s the only way to save themselves, and their world. The narrative of the game branches out depending on your actions and decisions throughout the journey. Each of the protagonists will have their individual goals in mind.

For instance, Anu dreams of breaking Tediore’s grip on the galaxy, Octavio wants loads of money quickly, and Fran is looking to get revenge on the people who destroyed her business. Hence, whatever you do, will impact the story of the game.

The initial reviews for the game have been amazing so far. Experts claim that the story is the highlight and makes you care for the characters. Are you looking forward to playing New Tales From the Borderlands? Don’t forget to share your reviews in the comments.