MotoGP is the latest two-wheel racing simulator developed by Milestone, an Italian video game developer, and published by Dorna Sports S.L. The game launched this Thursday, April 21, 2022, and is now available to play on PlayStation 4, PlayStation 5, Xbox One, Xbox Series X|S, PC (via Steam), and Nintendo Switch. 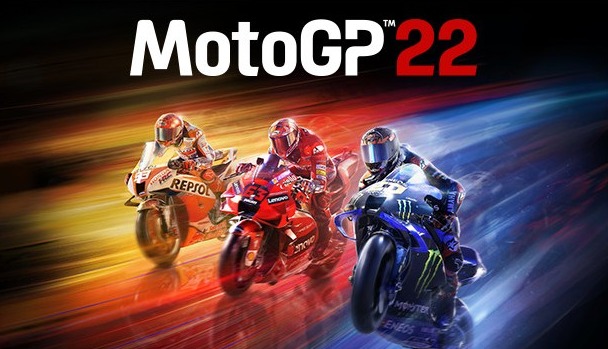 The initial reaction to the latest MotoGP game has been amazing, and the players seem to love it already. MotoGP 22 features a one-of-a-king Nine: Season 2009 game mode allowing players to re-live the glory days of Valentino Rossi, Dani Pedrosa, and other legendary riders.

Last year, we saw eight different winners across 18 races, and so far we have already seen three different riders on the top spot in four races including two having their first ever victories.

MotoGP has become unpredictable, action-packed, and highly entertaining. The latest racing simulation installment has so far been able to stay at par with the championship.

MotoGP 22 is the latest two-wheel racing simulation or bike racing game featuring both first-person as well as third-person perspectives. It features all the riders of the 2022 MotoGP season along with over 70 historical riders including legends and icons of the sport.

There more than 20+ tracks to feel the thrills of racing, and the tracks are revised with enhancements and very detailed circuits and pits to offer the most realistic experience. The game boasts the “More real than ever” tagline.

You can also compete in different classes to grow your career from Moto3 to Moto2, and then eventually to MotoGP Championship. This time, there are two new modes titled Tutorial and the MotoGP Academy. These modes will help players hone their skills and gain knowledge from the basic to the advanced level.

In addition, there is a Riding Analysis System that aids the riders through in-game pop-up messages. It appears at the end of the race and suggests adjusting to difficulty level based on skills and performances.

The Managerial Career returns in MotoGP 22 and allows players to decide if they want to create a new team or join an existing real one. This mode will let players freely explore the details of strategy, use developments, and allocate R&D staff to reach the top. 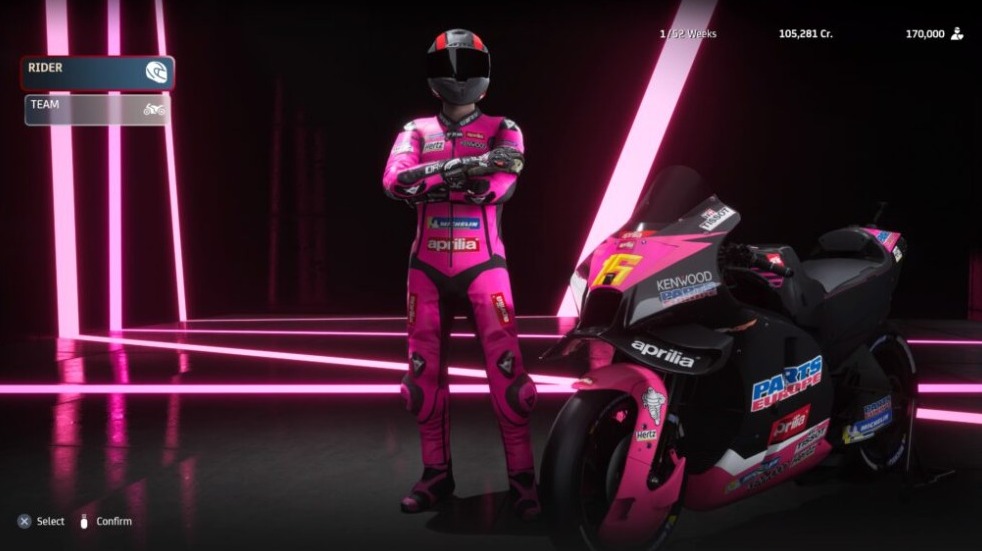 Players will also work on Bike Development through improvising aspects like Engine, Frame, Aerodynamics, and Electronics. You can also start from scratch by creating a Junior Team in Moto2 or Moto3 categories. You can also select a sponsor, and hire a Team Manager, Technical Director, and a rider.

Nine: Season 2009 is an all-new narrative-led feature recapping the 2009 real-world MotoGP season, which was one of the most amazing seasons in the history of MotoGP. This nostalgic and mesmerizing mixture of a documentary, movie, and game mode is narrated by Mark Neale, director of a number of MotoGP documentaries. 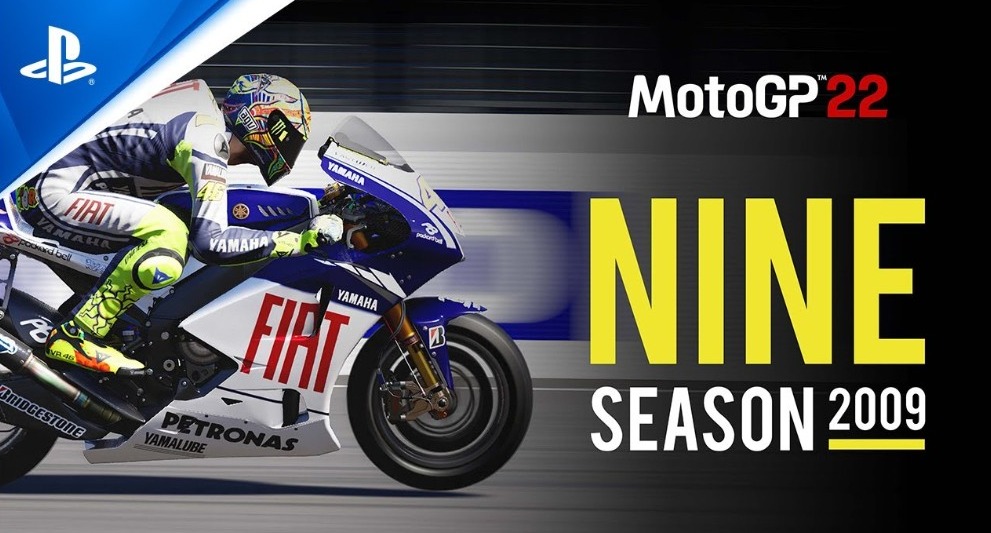 It even includes over 50 minutes of original footage from the 2009 season mixed with real gameplay to create a totally immersive MotoGP simulation experience. You can play as legendary riders like Valentino Rossi, Dani Pedrosa, Casey Stoner, and Jorge Lorenzo, facing tough challengers to recreate historic scenes.

takes a while to get used to turning

MotoGP 22 is More Real Than Ever

MotoGP follows the tagline “More Real Than Ever” this time with new face animations, enhanced 3D characters, and pits. It will also allow players manually manage the locking mechanism of the Ride Height Device and control the compression of the bike’s suspension.

It will feature improvised and updated tracks to offer better rideability, an enhance suspension system, and a very realistic tyre behavior including tyre deformation. All of this will provide players a totally immersive yet dynamic experience.

Marc Marquez and Johann Zarco fighting it out on a wet track with the graphics looking as great as ever!

Does MotoGP 22 has Crossplay or Cross-Platform Multiplayer?

MotoGP 22 doesn’t have crossplay or cross-platform multiplayer. However, it does have cross-gen playing support for both PlayStation and Xbox series of consoles. Players will be able to participate in online multiplayer and cross-play through consoles of the same family.

MotoGP 22 has also introduced a 2-player local split-screen for the first time ever. This Couch Split-screen PvP Multiplayer will allow players staying together to have fun racing in the exciting tracks and feel the thrill with each other. 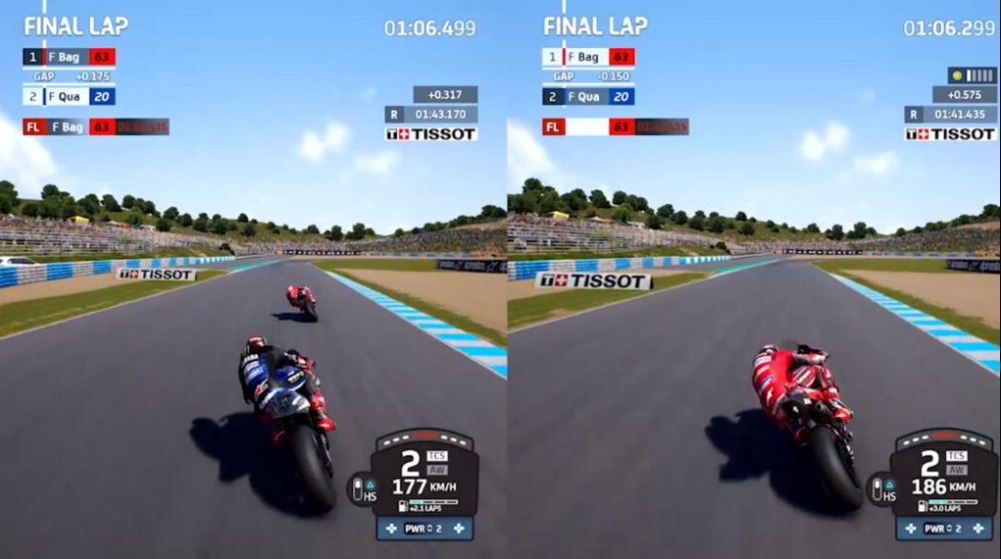 Unfortunately, both Online Multiplayer and local Split-Screen Multiplayer are not available on MotoGP 22 for Nintendo Switch. Only the console and PC players can try them.

PC players enjoy MotoGP 22 via Steam, however, they will require good specifications to keep up with the enhanced visuals and performance of the game. Below are the minimum and recommended system requirements for a PC to run MotoGP 22 smoothly:

That’s all you need to know about MotoGP 22 right now. Go and get your copy from an official store and start vrooming. What aspect did you like the most about the latest racing simulation installment? Let us know using the comment box.