NFL fans are hyped up as Madden 23 is nearing its release date and players can also get an early access period when they pre-order the All-Madden Edition. Find out everything about EA Madden NFL 23 here including the prices and pre-order bonuses for every edition.

Madden NFL 21 and 22 have been pretty solid and all eyes have now shifted towards the upcoming title. Madden 23 had a closed beta in June which received impressive reviews from players. Although there were certain bugs, players enjoyed the overall experience.

The great John Madden is going to be on the cover of this year’s Madden NFL installment. It’s the first time the legend has been featured on the cover since at least 2000. It’s going to be a gratifying tribute to the series’ namesake and the late legend who passed away last year.

EA Madden NFL 23 has a release date set for August 19, 2022. Whereas, the Early Access period for Madden 23 will start on August 16, 2022, giving eligible players a chance to enjoy the game three days earlier than everyone else.

Upon launch, Madden NFL 23 will be available on PC (via Steam, Origin, Epic Games Store, and the EA app), PlayStation 4, PlayStation 5, Xbox One, and Xbox Series X|S. The game will have different versions for the different generations of PlayStation and Xbox consoles.

How to Get Early Access for EA Madden NFL 23?

Madden 23 will have an early access period starting from August 16 for players pre-ordering the All-Madden Edition of the game. It won’t be available to the buyers of the Standard Edition.

If you wish to play the game early, just visit the store and pre-order the Madden 23: All-Madden Edition for your device. However, you’ll have to shed around $30-$40 extra for the special edition based on the generation of your console. 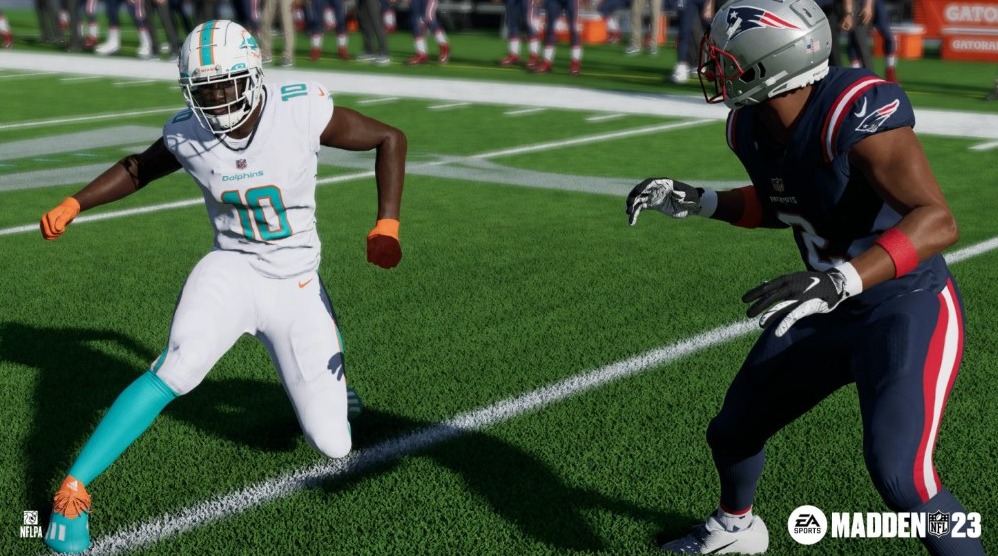 Although the extra price isn’t only for the early access, you’ll also get a number of other bonuses, rewards, and perks that we’ve shared below.

There are two editions of the Madden NFL 23: Standard Edition and All-Madden Edition. You can also separate the Standard Edition for the different generations of consoles based on the price. However, Dual Entitlement is available for this year’s installment as well.

The Standard Edition is the basic version of the game costing $59.99 on PC/ PS4/ Xbox One, and $69.99 on PS5/ Xbox Series X|S. You can pre-order the Madden 23: Standard Edition to get a bunch of rewards alongside the base game. 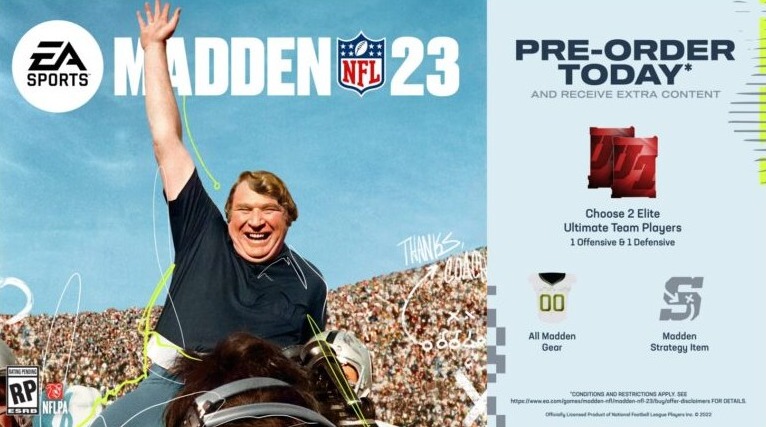 Take a look at the pre-order bonuses of Madden NFL 23 Standard Edition here:

This edition is available in both physical and digital versions. You can get the physical disc or simply start playing after getting it digitally.

The All-Madden Edition is the premium version of the game that costs $99.99 across all platforms. This edition comes with the base game, a bunch of rewards, early access, and pre-order bonuses that aren’t present with the Standard Edition. 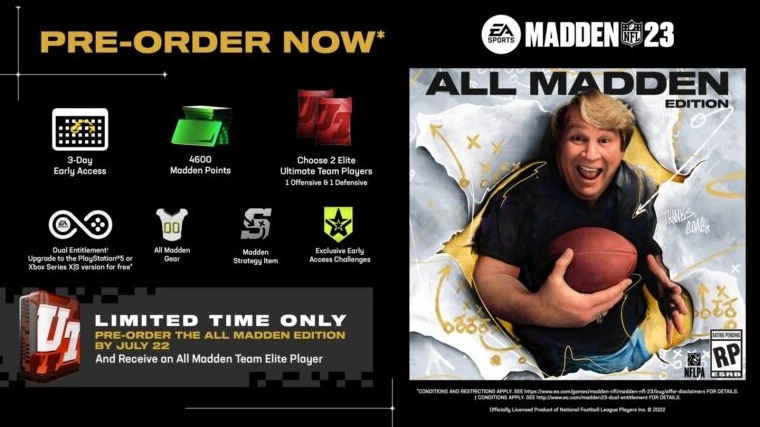 It’s also worth noting that this edition is only available digitally. You won’t be able to get the physical disc of this version of the game.

If you’ve been wondering where your favorite players will land in Madden 23, EA has confirmed the reveal date for Ratings Week. EA has announced that the Ratings Week will begin on July 18, 2022.

We’re hoping that it’ll kick off with some exciting 99 Club reveals. For now, Trent Williams is the first and only revealed player in the 99 Club. We are also expecting Cooper Kupp to make it into the 99 Club this year. 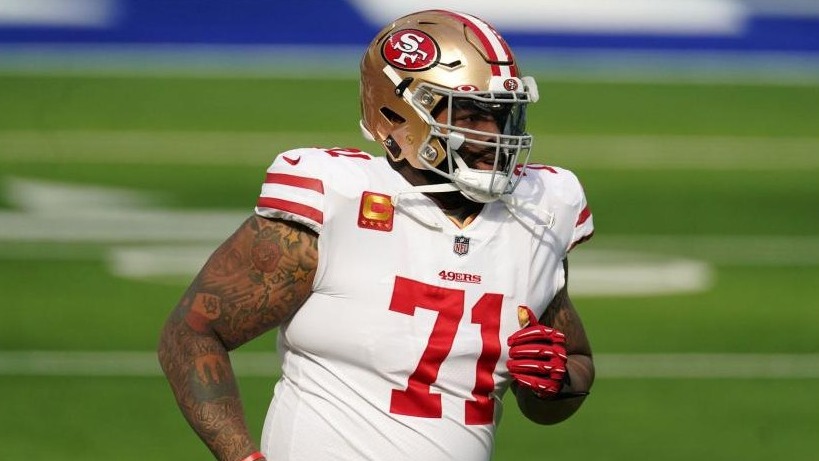 Some other players whom we are expecting to receive the prestige include Patrick Mahomes, Aaron Donald, and Davante Adams. The speculation will be confirmed next week when EA provides the official announcements.

Until then, you have plenty of time to decide which edition should you pre-order. Make sure you place your orders before July 22 to get your hands on the Limited-time All-Madden Team Elite Player.

What are your expectations from Madden 23? Feel free to express your thoughts in the comments.