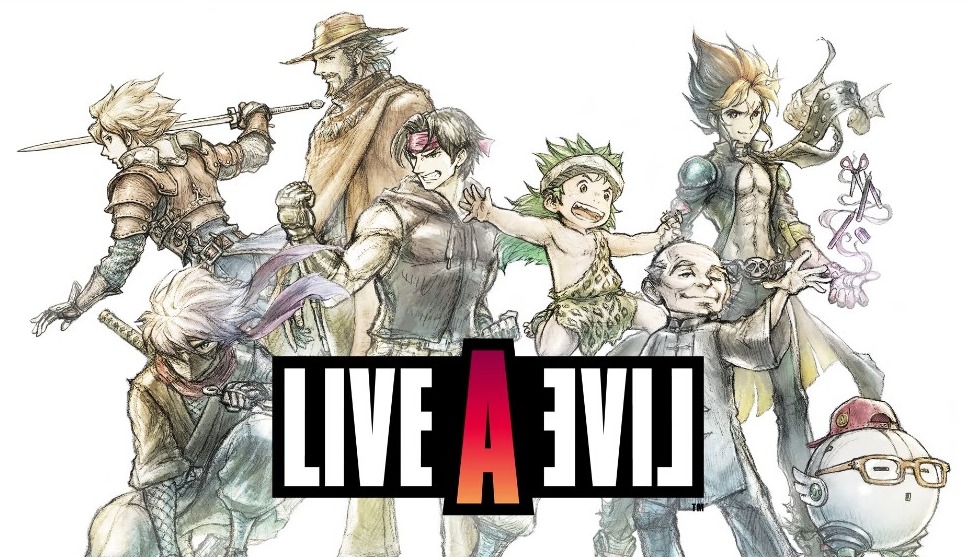 The remake of the stunning HD2D RPG title that proved to be a massive hit in the western markets is coming. Fans are excited about it as #LiveALive continues to be a trend on Twitter while nearing its release date.

The first response to the game has also been very positive as players have enjoyed the playable demo. The game is available to pre-order and pre-load on the Nintendo eShop if you want to join the first batch of players to enjoy the fun game.

Live A Live is Square Enix and Nintendo’s next major title for Switch. It’s a remake of 1994’s HD-2D classic RPG of the same name. However, it’s normal for the young audience to not be aware of it. It just adds up to the excitement of the upcoming remake.

Nintendo announced the release date for Live A Live at the recent Direct Mini showcase. The cult classic RPG will be available to play on Friday, July 22, 2022. The game is available to pre-order right away at the Nintendo eShop. 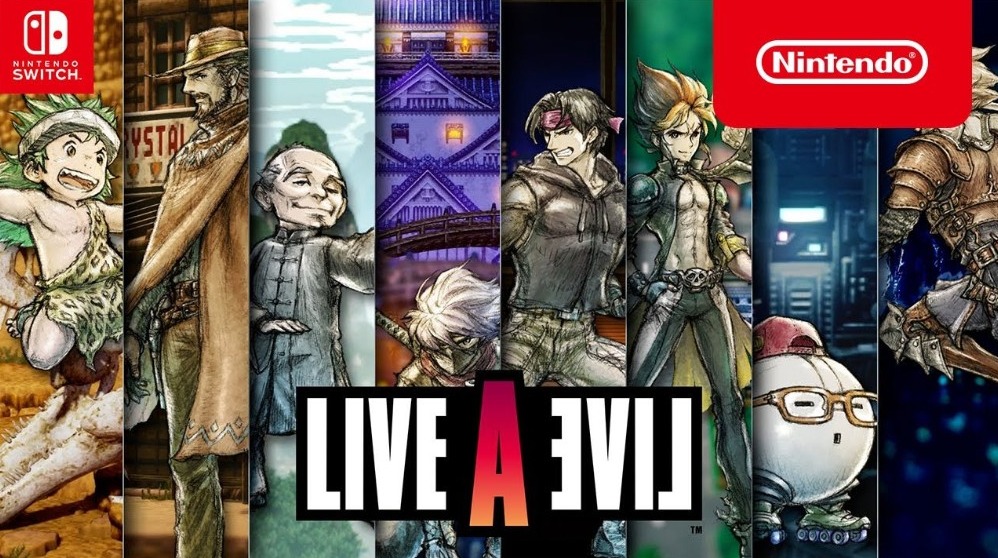 After purchasing, you can start playing the game as soon as it’s available. Unfortunately, Live A Live doesn’t have an early access period for the early buyers. Although fans buying from the Nintendo UK Store will get collectible character cards as pre-order bonuses.

Yes, Live A Live is launching as a Nintendo Switch exclusive title. Players won’t be able to enjoy it anywhere else. Neither Square Enix nor Nintendo seems to have any plans to release it on consoles like PlayStation and Xbox, or PC.

Live A Live Demo: How to Play it?

Live A Live got a full prologue demo for Nintendo Switch on June 28, 2022. The new demo features the first three chapters of the saga set in the regions of Imperial China, Twilight of Edo Japan, and the Distant Future.

The best part of the demo is that players will be able to carry over the full progress of the demo to the final version of the game upon launch. Your effort and hard work completing the demo won’t go in vain as you can continue from where you left off once the game releases.

You can head over to the Nintendo eShop’s Live A Live page, click on the “Download Demo” button, sign in to your Nintendo Account, and start enjoying the demo. The live demo will offer a brief idea of how the classic RPG will be upon launch.

There are a number of Live A Live trailers available on Square Enix Asia’s official YouTube channel. The first one, Announcement Trailer, was published when the game was announced in February 2022. The latest one was launched at the recent Nintendo Direct.

You can take a look at the Live A Live new trailer below:

Nintendo has also created a playlist for Live A Live on its YouTube channel. You can find it here. The available trailers and teasers showcase exciting glimpses of what players should be looking forward to once the remake launches.

Live A Live is a role-playing adventure that takes place across multiple different time periods, regions, and features different protagonists. There’ll be a total of eight stories set in different eras. However, all of them will find a connection by the end of the game.

In the remake, you’ll be allowed to choose when and where you want to play. Once you complete the eight stories, a final chapter will be unlocked that’ll draw all the characters through time to counter the biggest threat. 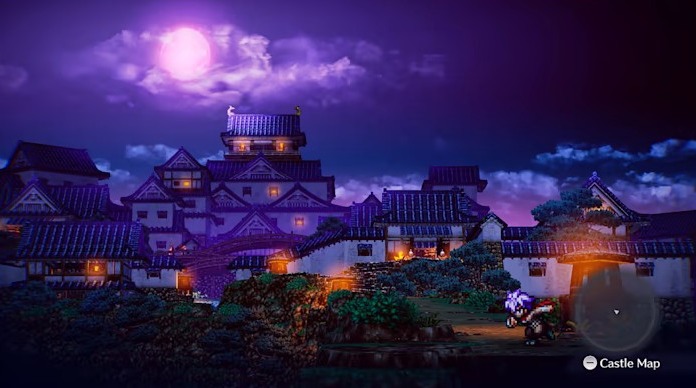 Here’s a quick overview of the eight stories taking place in Live A Live:

The chapter is set in prehistoric times and revolves around a caveman named Pogo. The caveman is exiled from his tribe and looking to survive.

This chapter is set in ancient China and follows the master of the Xin Shan Quan school of kung fu. The master is on an endeavor to pass on his teachings to the right ones.

This chapter is set in feudal Japan and follows a trainee Ninja named Oboromaru. He’s sent on a mission to assassinate a political target.

This chapter is set in the Wild West. It follows a gunslinger named Sundown Kid. He meets his rival Mad Dog in a remote village and the showdown occurs.

This chapter is set in present times and the scenario features a young man named Masaru Takahara. He has the ambition to become the strongest in the world.

This chapter is set in the near future. The scenario follows Akira Tadokor, an orphan who’s on a hunt to take down a biker gang that has kidnapped a child.

This chapter is set in the distant future. The scenario takes place on a cargo ship called Cogito Ergosum. It revolves around a maintenance robot titled Cube.

This chapter is set in medieval times. It revolves around a knight named Oersted who’s leading a party to save Princess Alicia of Lucretia. She has been kidnapped by the Demon King.

We will not spoil the entire game here. Hence, you’ll have to first play through these eight scenarios to know about the final one.

Live A Live Gameplay: Is there anything new?

Live A Live is a role-playing adventure set across several eras and regions. It also boasts different protagonists for different scenarios. The game features a turn-based combat system that resembles the classic titles of its era. However, the mechanics change depending on the scenario.

Apart from the combat, the players will be exploring the surroundings such as towns, dungeons, forests, and more on fit. You don’t have to spend hours on that, unlike other titles of that era. 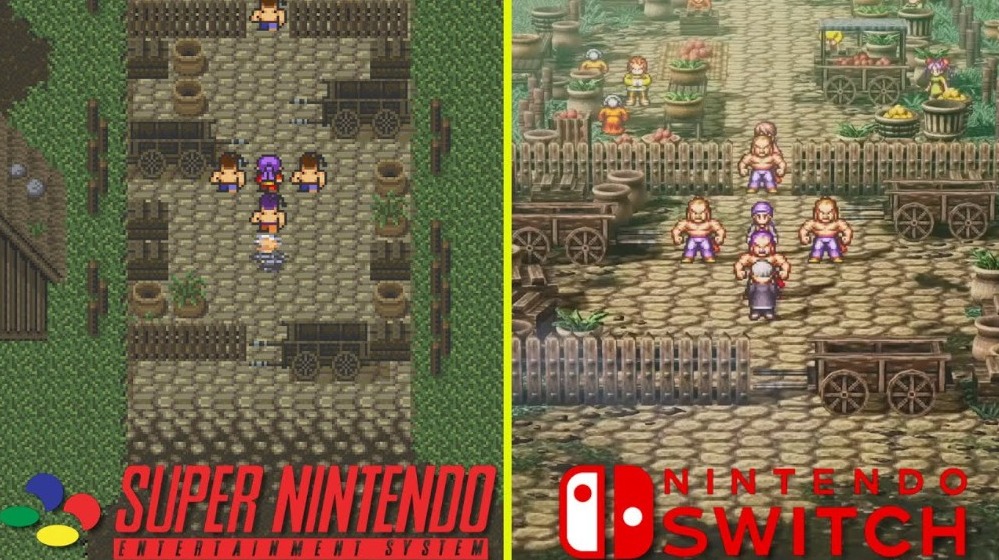 As per the available footage, it seems the remake will pretty much have the same gameplay with improved visuals and mechanics. The upcoming version will become a lot more immersive while still staying in the HD-2D niche.

Once the complete game is available, we’ll keep you updated with the changes and new additions. For now, you can enjoy the live demo and try spotting some of them. Feel free to let us know in the comments.