LEGO Star Wars: The Skywalker Saga has been in development for a very long time now but the game is finally coming. The franchise fans have been waiting to experience the original movies in LEGO form. Check out the LEGO Star Wars: Skywalker Saga release date, price, gameplay, trailer, and more here. 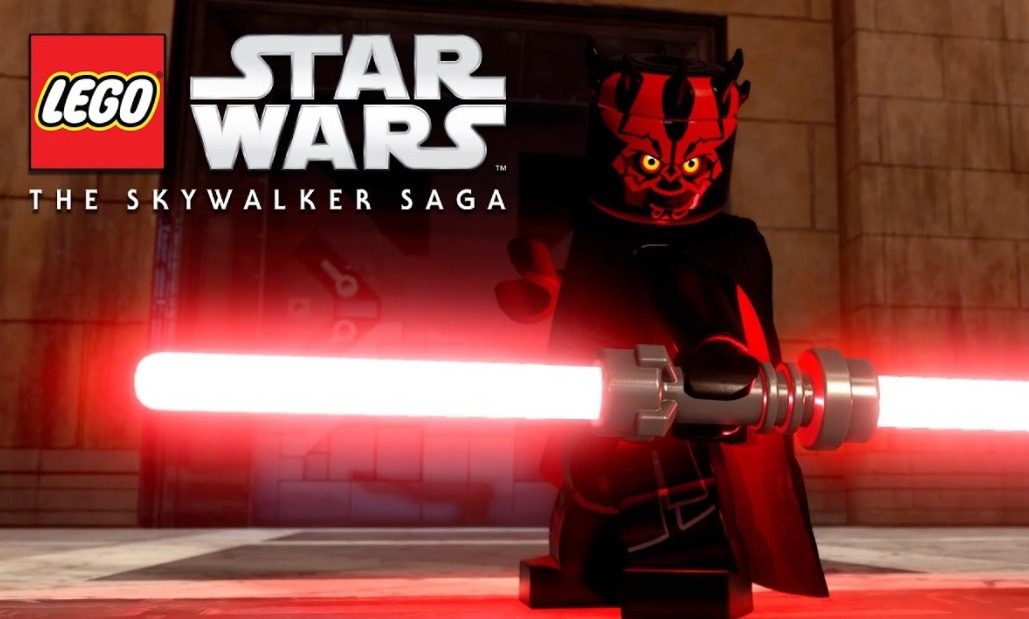 The first entry in the series was released in 2005 while the latest title, The Force Awakens, was launched in 2016. The development for the upcoming game started in 2017 but they had to delay its launch multiple times.

Now finally, Star Wars fans will be able to explore all nine Star Wars movies in the Skywalker Saga in LEGO form. All of them from the original, prequel, and sequel trilogies will have their role in the upcoming title.

The upcoming LEGO Star Wars title has been in active development since 2017. The original release date was supposed to be in 2020 but got delayed. After that, it was expected to launch in Spring 2021, but it got delayed again.

Now finally, Warner Bros. Games have confirmed the release date for LEGO Star Wars: The  Skywalker Saga and it is Tuesday, April 5, 2022.

I can’t believe Lego Star Wars the Skywalker Saga is almost here. It’s been a really long ride. It was fun making these special renders for you all, as we waited for a release date or being anxious for a trailer. pic.twitter.com/KNsoZk94WY

Players will soon be able to enjoy the thrill of the Star Wars franchise in LEGO form.

This means that the game is available on almost all the mainstreaming gaming systems including the last-gen as well as latest-gen consoles.

Does LEGO Star Wars: The Skywalker Saga have Cross-Play?

LEGO Star Wars: The Skywalker Saga will probably not have cross-play support. It doesn’t even have an online play of any kind, and the recent gameplay trailers have also hinted there won’t be any co-op, that we have seen in previous titles.

@LSWGame will crossplay be available for Lego Star Wars: The Skywalker Saga?

However, the game could get cross-platform support and co-op cross-play at a later date. The developer hasn’t confirmed anything about that yet. We’ll have to wait for an official announcement.

LEGO Star Wars: The Skywalker Saga is an upcoming title developed by the Traveller’s Tales and published by Warner Bros. Games. The game will feature the open-world concept of play where you can experience any of the nine Skywalker episodes in any order that you like.

You can even skip stories if you don’t like them. The upcoming game will also feature overhauled levels for the movies that have already been implemented into games LEGO. This would help returning players enjoy the game afresh.

The Star Wars website published a blog in May 2020 where the developers have confirmed that LEGO Star Wars: The Skywalker Saga will have more than 300 iconic characters, and many of them will be available to play. These include C-3PO, R2D2, Princess Leia, Captain Antilles, Luke Skywalker, Obi-Wan Kenobi, the Rancor, and many others. 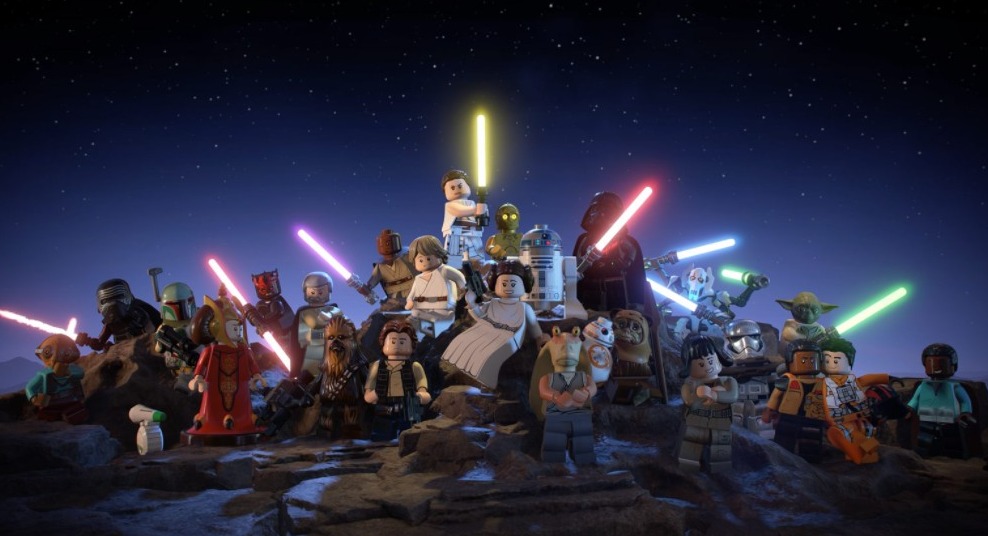 The new Skywalker Saga game will have 9 classes, namely, Dark Side, Protocol Droid, Scavenger, Scoundrel, Bounty Hunter, Jedi, Hero, Villain, and Astromech. Each class will have its unique abilities.

You can also upgrade abilities to increase health, get sprint faster, and find more collectibles. There will be a wide range of collectibles from Kyber Bricks to Minikits. There will also be different ships to unlock.

You will even find Mounts, puzzles, and lots of random encounters. The game will have a large Galaxy Map with different hub worlds to explore. You can use it to explore the game more efficiently. 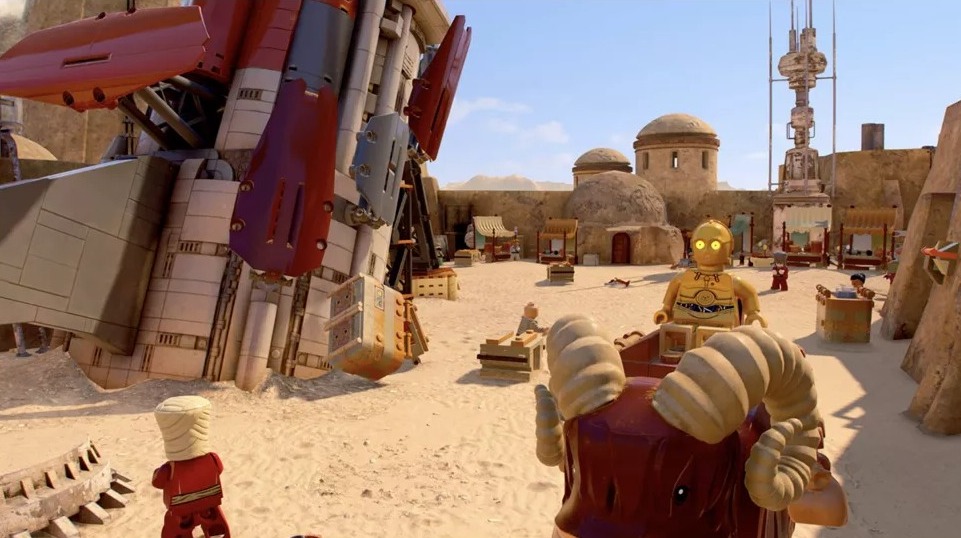 What is the Galaxy Map?

The Galaxy Map is a notable feature of the LEGO Star Wars: The Skywalker Saga. The developers revealed it during the Gamescom 2021 Opening Night. This map will allow players to zip from planet to planet quickly.

This will allow players to fully explore the locations featuring the iconic landmarks from the franchise like Ahch-To, the harsh desert of Geonosis, the murky swamps of Dagobah, the snowfields of Starkiller Base, and more.

A look at the Galaxy Map in LEGO Star Wars The Skywalker Saga pic.twitter.com/nB8Ud8fMZb

However, some of the locations will still be unavailable unless you unlock them by progressing through the Episodes.

We’ve seen multiple trailers for LEGO Star Wars: The Skywalker Saga revealing the staggering visuals, iconic characters such as Darth Maul, Vader, Leia, etc, and some of the most coveted scenes from here franchises.

Here are all the trailers for the upcoming LEGO Star Wars game:

Lego Star Wars: The Skywalker Saga will be available in two editions:

The Standard Edition is available for a flat price of $49.99/ £49.99 across all platforms at all major retailers including Amazon, ShopTo, TheGame, etc. The players in the Uk can get the game for as low as £37.99 via 365Games. Whereas, ShopTo is offering the PC version of the game in the UK for just £30.85 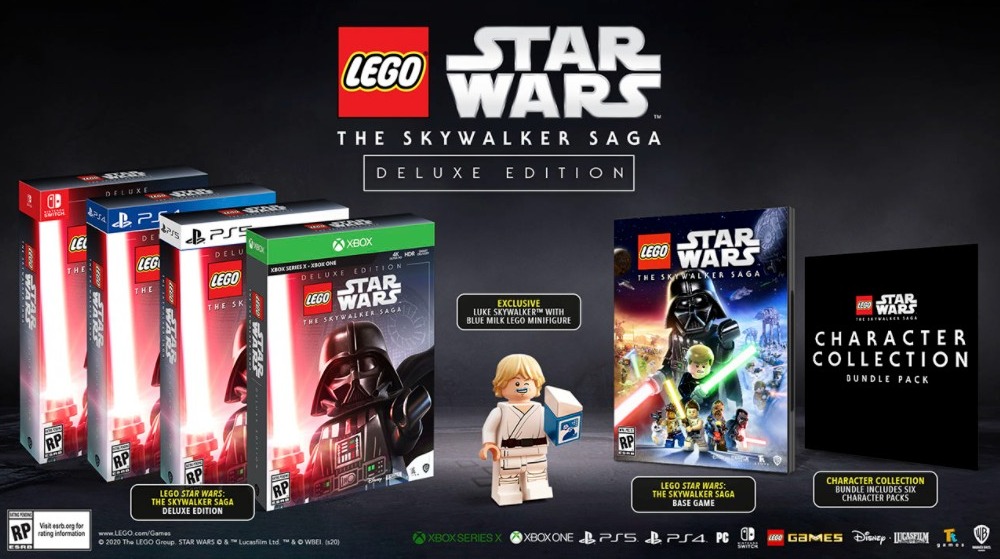 The Deluxe Edition of the game comes with the following stuff alongside the base game:

It is available for $69.99. The increased price is for hardcore Star Wars fans looking to enjoy the extensive experience.

How to Pre-Order it Right Now?

LEGO Stars Wars: The Skywalker Saga is available to pre-order at most retailers alongside the PlayStation Games Store, Xbox Games Store, and Nintendo Games Store.

You can find the best deal for your system and pre-order it right away to start playing it on Tuesday. You can also get a mini kit recreation of Poe Dameron’s X-Wing by pre-ordering the physical edition from GameStop.

It’s only a matter of a few days until players will be roaming into the fantasy world of The Skywalker. Are you excited about it? Don’t forget to express your thoughts in the comments section.