IllFonic, the developer behind fabulous titles like Friday the 13th: The Game and Predator: Hunting Grounds, has officially announced Ghostbusters: Spirits Unleashed, which will be a 4v1 asymmetrical multiplayer title and they have also revealed its first trailer. 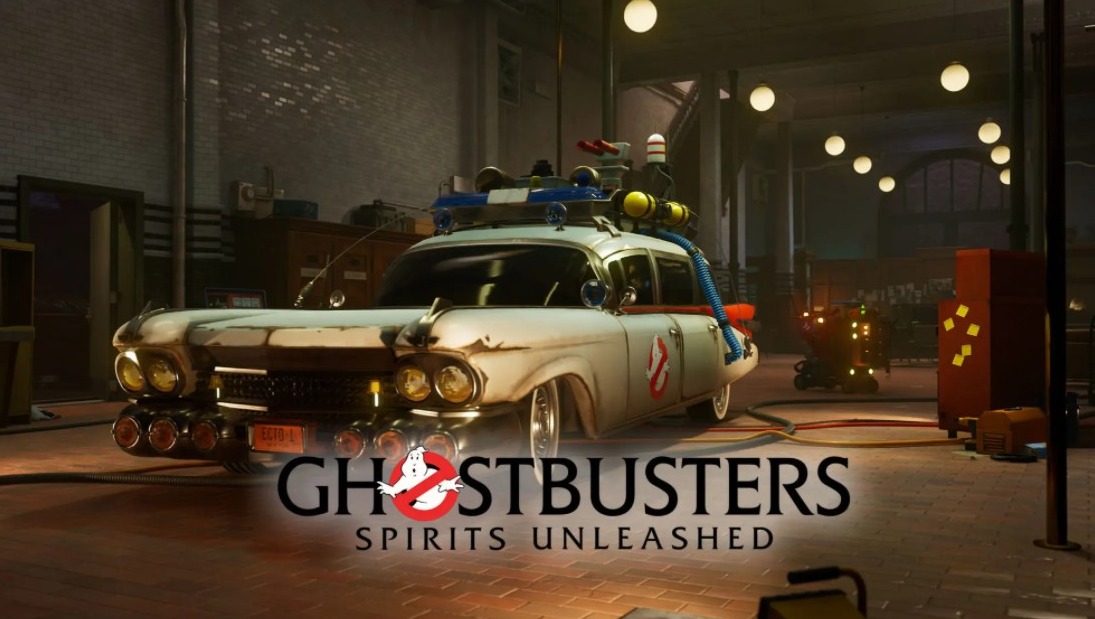 Players will either be able to play as ghostbusters playing together to catch the ghost or as a ghost wreaking havoc across the map. This fun title will be released later in 2022. The best part is it will be available on all major consoles and PC.

It will feature new and familiar faces of the long-running Ghostbusters franchise. In addition, players will also be able to customize their own load-outs. This time, Ernie Hudson is returning to voice Winston Zeddemore and Dan Aykroyd is returning as Ray Stantz.

The entire Spirits Unleashed hub is also set within the Ghostbusters’ Firehouse. Find out everything we know about the exciting upcoming title here.

Ghostbusters: Spirits Unleashed Announced: What is the Release Date?

On Tuesday, March 22, 2022, developer IllFonic officially announced Ghostbusters: Spirits Unleashed and revealed the first trailer. They also mentioned that the game is scheduled to release sometime during Q4 2022.

The first look at ‘GHOSTBUSTERS: SPIRITS UNLEASHED’ has been released.

The game will release in Q4 2022. pic.twitter.com/9jinvunuem

However, the developer didn’t reveal a specific release date for Ghostbusters: Spirits Unleashed. We only know that it would arrive on PC and consoles later this year. The developer could be eyeing the release around the holiday season.

Ghostbusters: Spirit Unleashed will be available on the last-gen as well as the latest-gen consoles and Windows PC upon launch. You can enjoy the game on PS 4, PS5, Xbox One, Xbox Series X/S, and PC via the Epic Games Store.

Will Ghostbusters: Spirits Unleashed have Crossplay?

One of the best features of the upcoming Ghostbusters: Spirits Unleashed is that it features crossplay between PC and consoles. This means that players will be able to enjoy cross-platform multiplayer with their friends regardless of their platform.

They have also mentioned that the upcoming title will feature AI-controlled companions to fill up teams quickly. The matches will not last more than 10 minutes. 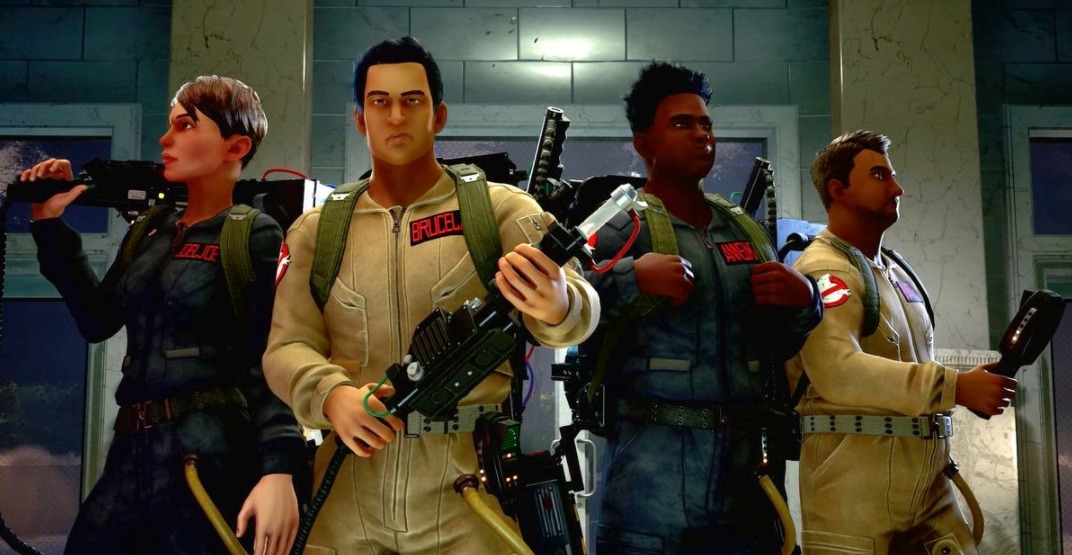 Ghostbusters: Spirits Unleashed will be a four-versus-one asymmetric multiplayer game suitable for players of all ages. Players can either play it as part of a Ghostbuster team or you can play the role of a ghost causing a ruckus.

You will enjoy the first-person perspective (FPP) while playing as a Ghostbuster. You can wield Proton Packs, Particle Throwers, Ghost Traps, and a PKE Meter to track, attack, and subdue ghosts while working collaboratively with your team. 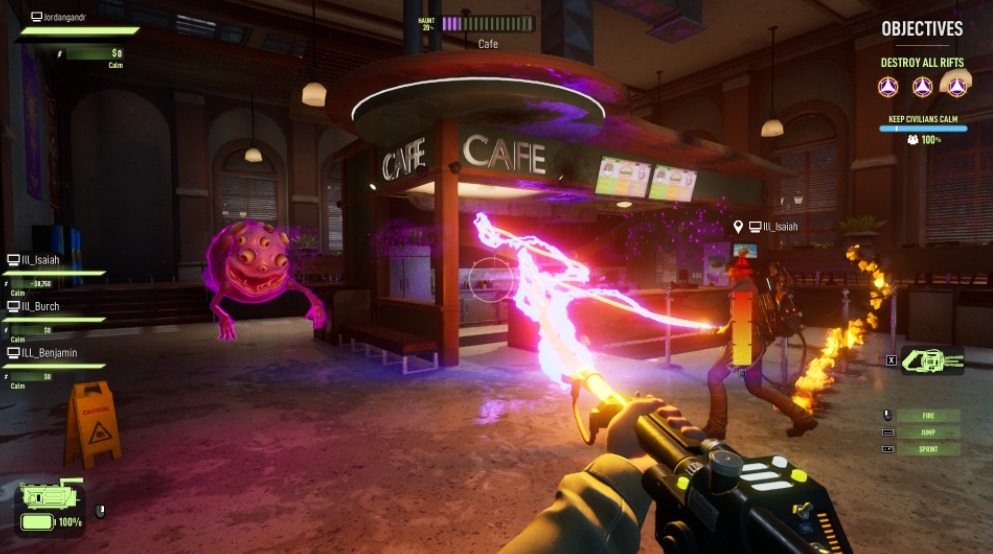 When you are playing as a ghost, you will have the third-person perspective (TPP) terrorizing everyone on a number of maps. You can possess objects from the surroundings and teleport across the locations via the rifts. You can also slime and stun the enemies, i.e. Ghostbusters as they try to hunt you down.

There is no death in the game. Only the Ghostbusters will be downed while they’ll have to take out the ghost multiple times before winning the round.

Ghostbusters Team will set up Shop in Film’s Firehouse

The team of Ghostbusters in the upcoming game will set up shop in the original film’s firehouse featuring the Ecto-1 as shown in the first glimpses. The players will customize their own Ghostbuster at the firehouse using their loadout. They can also customize their ghost using Tobin’s Spirit Guide.

Winston Zeddemore will provide guidance at the firehouse while Ray Stantz will offer key insights into the dynamic world from Ray’s Occult Books. It is located just across the street from the firehouse and will play an integral role.

With the official announcement of Ghostbusters: Spirits Unleashed, the IllFonic team also unveiled an extended gameplay preview of the game that appeared very exciting. It showcases a team of Ghostbusters responding to a ghost infestation at a New York City museum.

They are battling a purple, minion-summoning slime, and hunting it down using a PKE Meter. After that, they trap it using their destructive particle throwers.

The preview also shows a battle from the perspective of a ghost. It is seen causing nuisance after startling museum-goes and inhabiting a number of objects including the bucket, signs, etc. The ghost will also have a “Ghost Vision” that allows it to see human players and NPCs through walls and other blockages.

The first trailer of Ghostbusters: Spirits Unleashed shows around four playable ghosts including the Slimer. The developer has also promised that multiple maps will also be available and hinted at unlockable never-seen-before ghostbusting tools as well.

The developer hasn’t shared any details on what will be the price of Ghostbusters: Spirits Unleashed and when will it be up for pre-orders. Once they reveal the details, we will update this section.

Make sure you keep visiting us frequently. Considering the game will be available on multiple platforms, it should not have a very high price tag. It will be in the usual range.

The first look trailer has left the fans wanting more of it. Let’s just hope the development and testing are over soon. Are you excited about the new Ghostbusters game? Sound off in the comments section.