Fortnite Down? Here’s the Server Maintenance Schedule for v21.50 Update

Fortnite fans won’t be able to log in and play on the morning of Tuesday as Epic Games takes the game servers offline for scheduled maintenance. Both Battle Royale and Creative servers will be down to roll out the v21.50 update patch. Here’s how long the Fortnite server downtime will last this time. 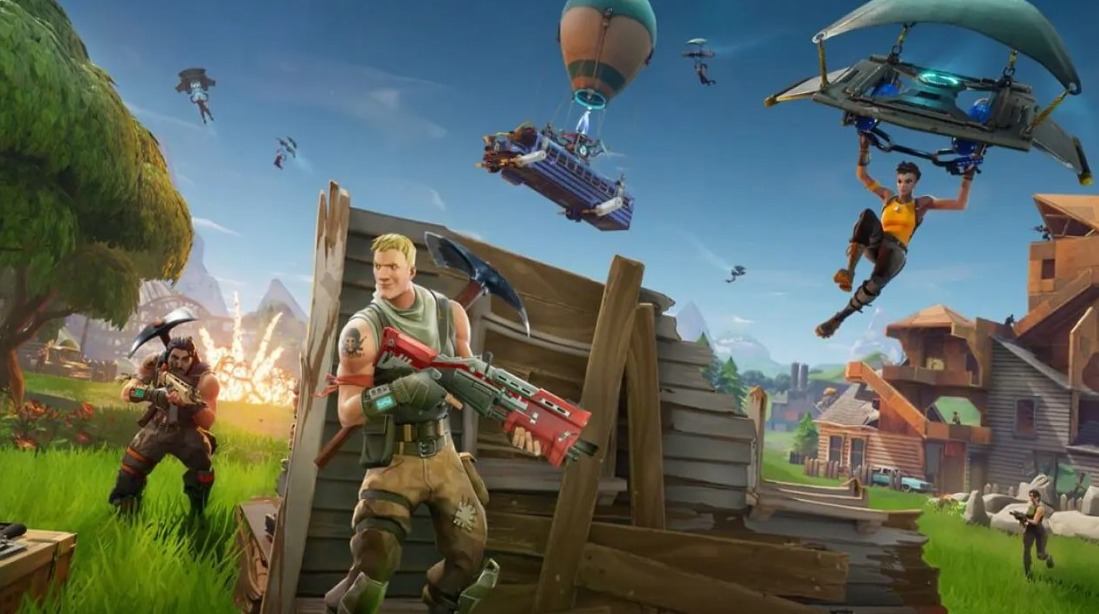 The latest patch will launch on PlayStation 5, PlayStation 5, Xbox One, Xbox Series X|S, PC, Android, and Switch at the same time. Players won’t be able to enjoy the game on any of these devices during the downtime.

When the servers come back, the Late Game Arena mode returns along with the Pump Shotgun. There’ll also be a number of bug fixes. However, no new crossover is coming this time like the previous Fortnite x Dragon Ball collab.

When does the Fortnite Server Downtime Start?

Downtime for Fortnite servers to roll out the v21.50 update starts on Tuesday, August 30, 2022, at 4 AM ET/ 1 AM PT/ 9 AM BST. The matchmaking will be disabled 30 minutes prior to that, and if you are in the game when the downtime begins, you’ll be booted out.

Players won’t be able to log in 30 minutes before the time given above as Epic Games will start taking Battle Royale and Creative servers down. 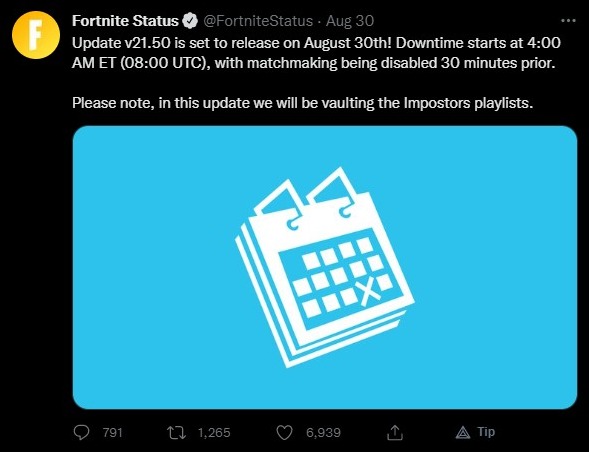 “Update v21.50 is set to release on August 30th! Downtime starts at 4:00 AM ET (08:00 UTC), with matchmaking being disabled 30 minutes prior. Please note, in this update, we will be vaulting the Impostors playlists,” wrote Epic Games in the official statement.

How long will the Fortnite Servers be down for v21.50?

Fortnite server maintenance usually takes a couple of hours. However, sometimes the downtime may last for even four hours. This time, Epic Games hasn’t shared an expected duration for the maintenance. However, we can predict how long will the servers be down.

Previously, when Fortnite rolled out patch v21.40 to kick off the much-awaited Dragon Ball crossover, the servers were down for around three and a half hours. It was a major update bringing a lot of content to the game. 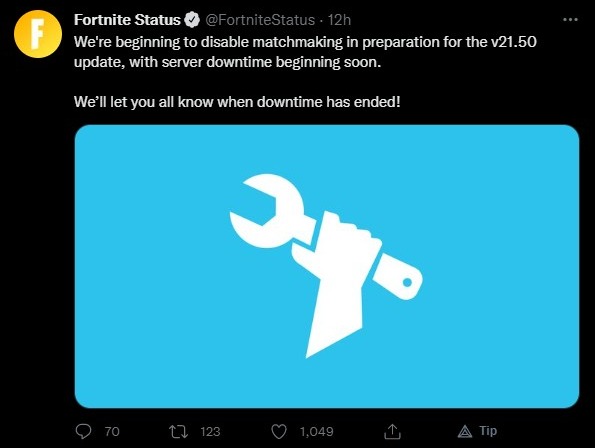 This patch is also a major one introducing a lot of stuff for the players, and fixing some crucial bugs. Hence, Epic Games will likely take a similar amount of time.

When does the Fortnite Downtime ends and Servers come online?

Epic Games didn’t mention when do the servers come back online after v21.50 is rolled out. However, considering the past trends, we are expecting the downtime to last for around four hours.

This means Fortnite downtime will end at 8 AM ET/ 5 AM PT/ 1 PM BST. Players will be able to log in to the game at this time. Make sure you have updated the game to the latest app version. 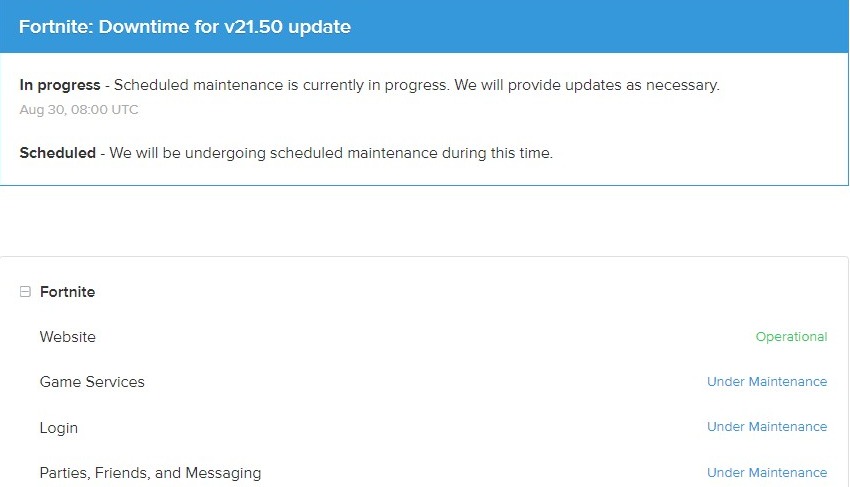 You can check the live status of Fortnite servers on the official status page. We’ll also keep you updated with Fortnite downtime and server maintenance.

The latest Fortnite update, patch v21.50, is going to bring back the exciting Late Game Arena. Fans have been clamoring for its return for months and Epic Games si finally re-introducing it.

For context, it is basically an endgame simulator where a much smaller playing field is available for fast-paced and destructive action. 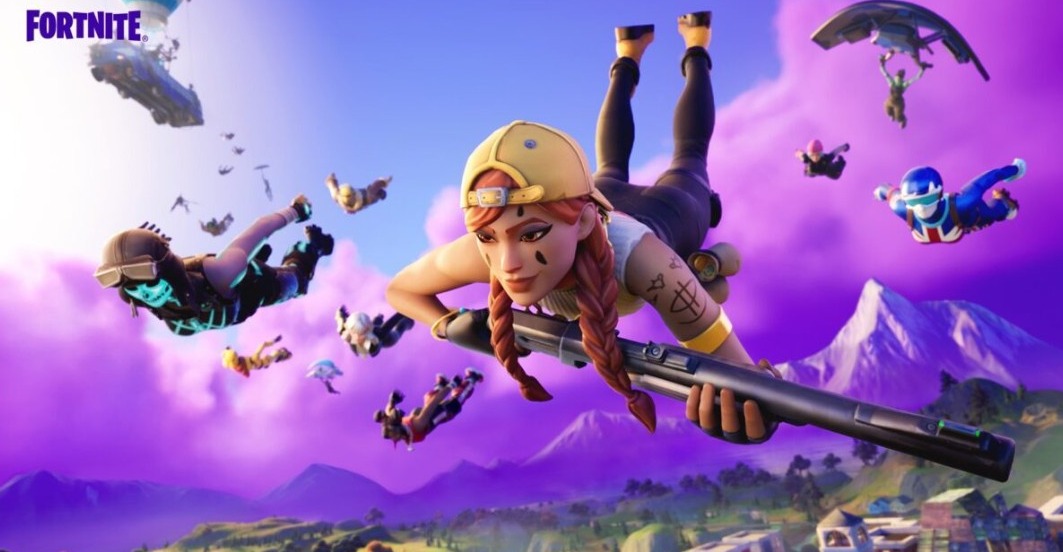 Along with that, the Pump Shotgun is also making its much-awaited return. Epic teased the deadly weapon with the caption “What a Legendary reaction! We’re so Pumped to see you drop in.”

It was enough for fans to figure out that the iconic Pump Shotgun is returning with the v21.50 update. 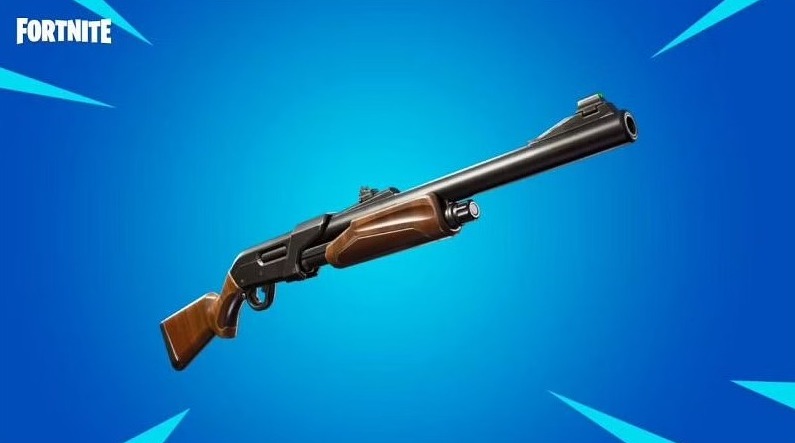 Furthermore, the Loveless skin and matching cosmetics are also coming in the September Crew Pack. The new skins will go live on Wednesday, August 31, 2022, a day later than the official patch rollout.

This pack has four different masks for each car suit and back bling that spins when opening chests. There is also a weapon wrap that reacts when you defeat people. 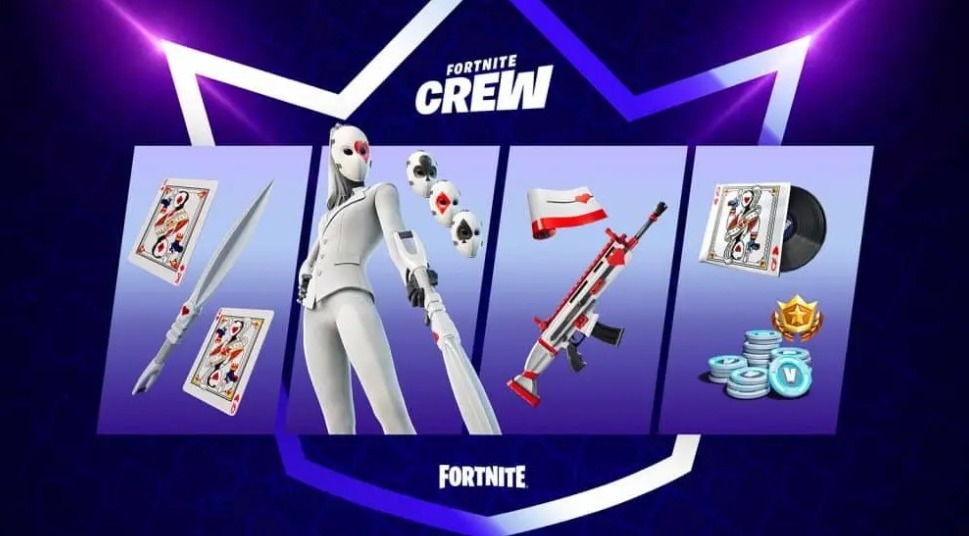 The upcoming patch will fix some of the most important issues in Fortnite. That’s everything about the v21.50 update. Feel free to use the comment box if you have any queries left.