Death Stranding 2 was one of the surprising entries that received the first look in the recently concluded, The Game Awards. Hideo Kojima returned to The Game Awards after three years, taking the stage for a surprise announcement. And surprise the audience he did, with a spectacular teaser that gave everyone a glimpse of the upcoming sequel.

Back in 2019, Kojima won Best Game Direction at The Game Awards for Death Stranding. The game also won Best Score and Best Performance (Mads Mikkelsen as Cliff). The teaser trailer for next year’s sequel has also given everyone a glimpse at what could be another successful title. Hideo was quizzed about the sequel and he answered saying he will let the players find the hidden details in the teaser.

The presentation started with the teaser trailer before Hideo came onto the stage. The teaser was welcomed by a noisy audience and a huge round of applause after the teaser. The legendary Japanese video game designer and Director took the stage to a roaring welcome.

Geoff Keighley jumped straight into asking quite a few questions about what to expect and what’s next for Hideo after DS2. Hideo also mentioned how he’s not at liberty to reveal any more than what was shown in the teaser. He did mention that there are some hidden details in the teaser for fans and gamers to uncover. Hideo also joked that he had to rewrite the sequel’s script post-pandemic.

Upon asking what’s next for Hideo Kojima after DS2, Hideo said he is working on a completely new project. He is still experimenting with the title at the moment and also working on other visual projects. He hopes to reveal more about these ongoing projects and new titles soon. 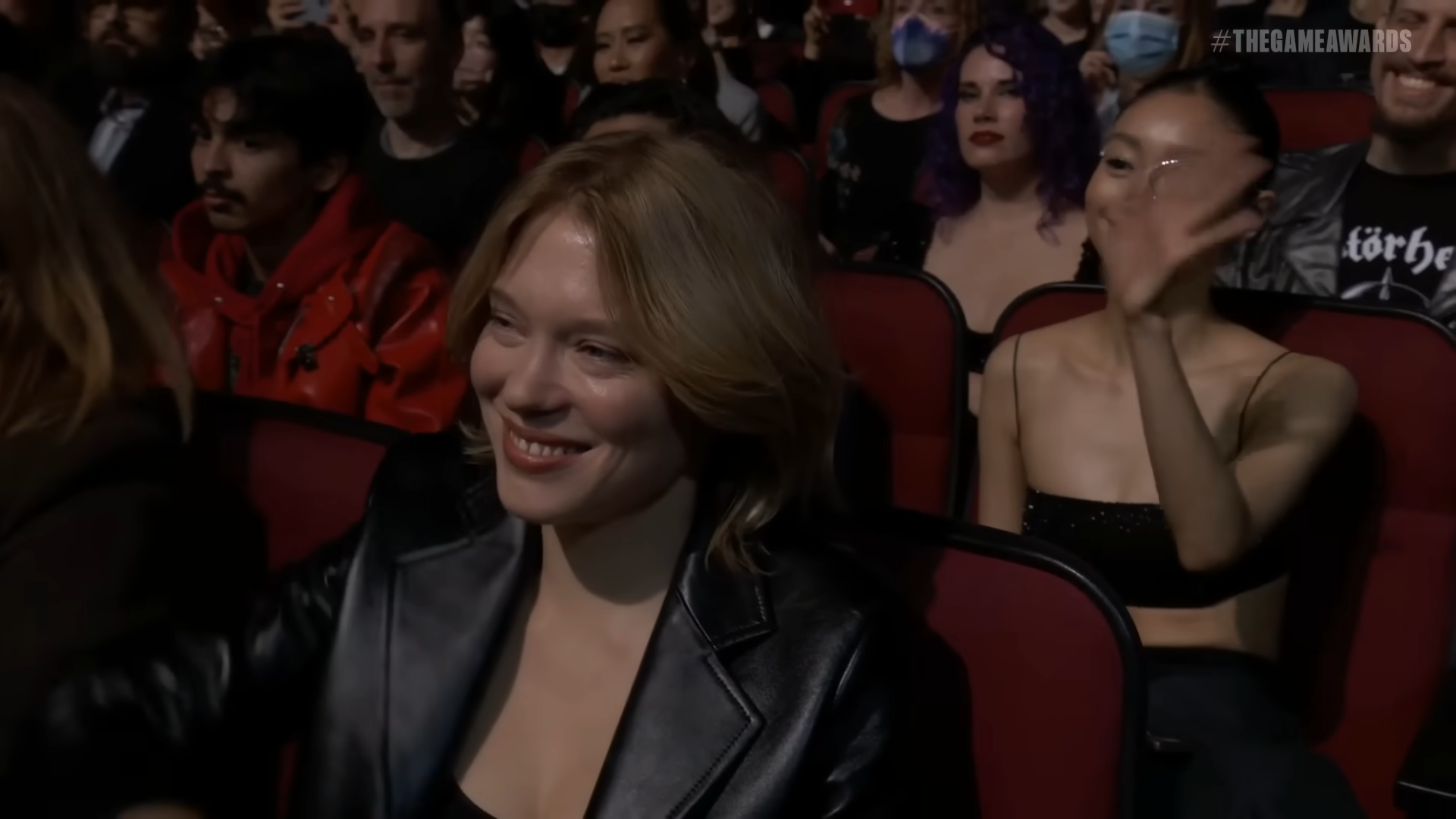 Norman Reedus’ character Sam Porter returns to the game and is seen in the teaser. Sam can be seen standing next to Fragile. A huge ship is seen emerging from the water with DHV MAGELLAN and DRAWBRIDGE logos on the side. A pilot can be seen controlling the massive ship, as opposed to ships being controlled by bots in the original game.

Shioli Kutsuna, Troy Baker, and Léa Seydoux were also present in the audience. Léa Seydoux played the role of Fragile in the original game and Shioli will be in the sequel, with her role unnamed as of now. Troy Baker voiced Higgs Monaghan in the original game and is unclear whether or not he will return. However, towards the end of the teaser, Troy Baker was said to have performed and featured in a new rendition of BB’s theme. 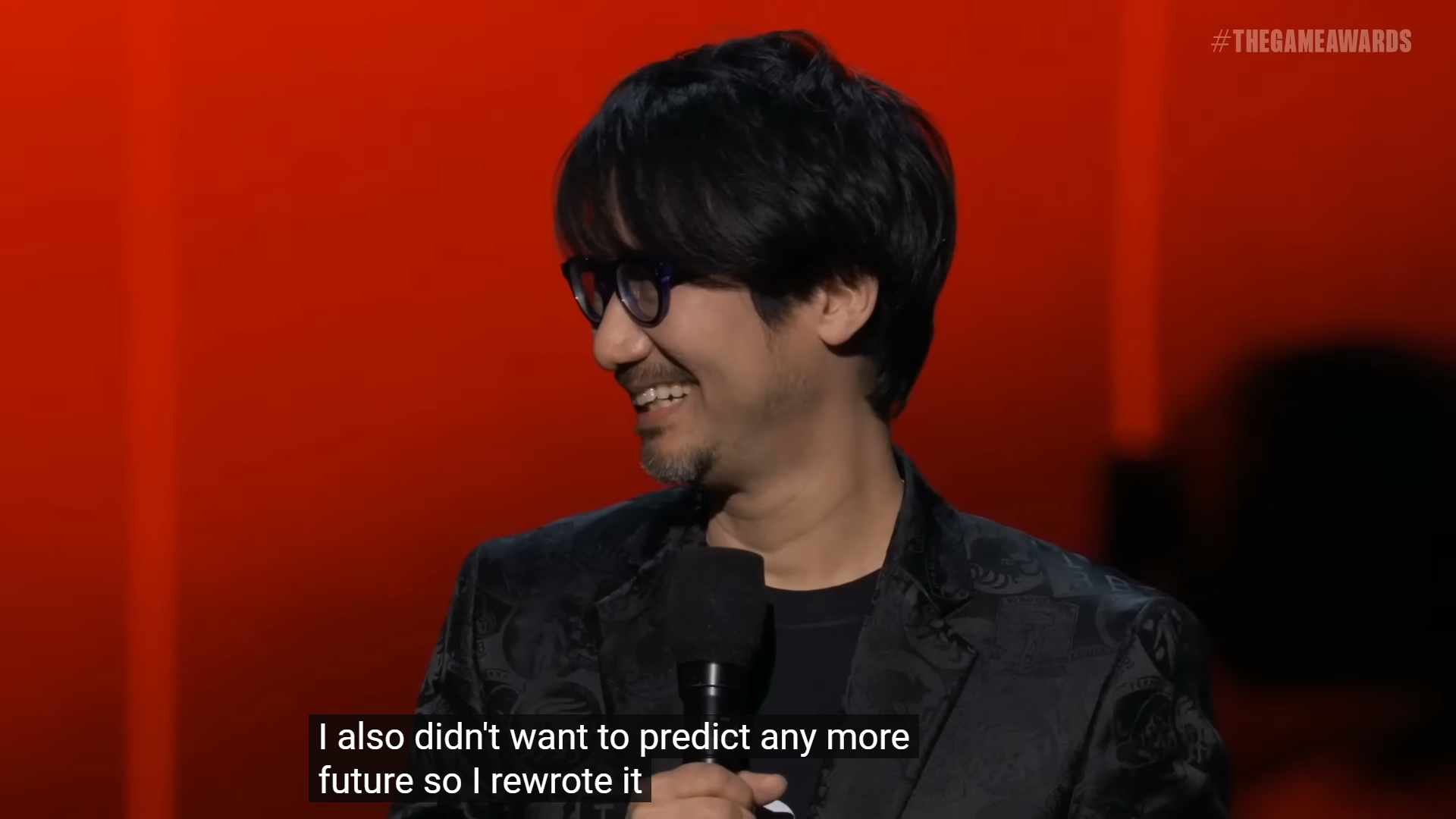 Talking about the sequel, Geoff questioned whether the pandemic had impacted the storytelling in any way. Hideo mentioned there was cause for concern and he had to rewrite the entire script. Hideo also joked he did not want to predict another future so had to rewrite the sequel’s storyline post-pandemic.

Metal Gear Solid 2: Sons of Liberty is a 2001 game by Hideo Kojima that had the concept of fake news, alternative facts, and synthetic media among other concepts that became quite relevant in the 2010s. 2019’s Death Stranding had a storyline that highly resembled the COVID-19 pandemic days, which was noted by many. Hideo’s joke about his upcoming game being completely rewritten had the audience and Geoff in splits for a moment.

There is no release date yet for the sequel but fans are hyped and any new information or news about the game will be updated here.