Many gamers are finding it more difficult to get together with their old pals and play games as often as they formerly did. In contrast to today’s gaming systems, the Nintendo Switch has a great selection of family-friendly games. It doesn’t matter whether you play with family or friends; these games are great for both co-op and competitive play.

I think Nintendo is actually upholding the couch-popping legacy with its huge collection of local-multiplayer Switch games. The majority of Nintendo’s tentpole games include couch co-op play rather than the online-only multiplayer that many other platforms have adopted. With so many choices available, it’s easy to become overwhelmed and not know where to begin when looking for local multiplayer games on the Switch. This is where we come in.

In this article, we’ll list some of the best Nintendo Switch Couch Co-op Games that you can play with your friends.

What are the best couch co-op games for the Nintendo Switch?

Switch couch co-op games are a terrific stress reliever if you’re trapped at home with kids or even simply your spouse, you can play them. Whether you’re looking for a lighthearted way to spend time with friends the Nintendo Switch provides plenty of possibilities. Here’s a list of the finest games the Nintendo Switch has to offer on couch co-op. 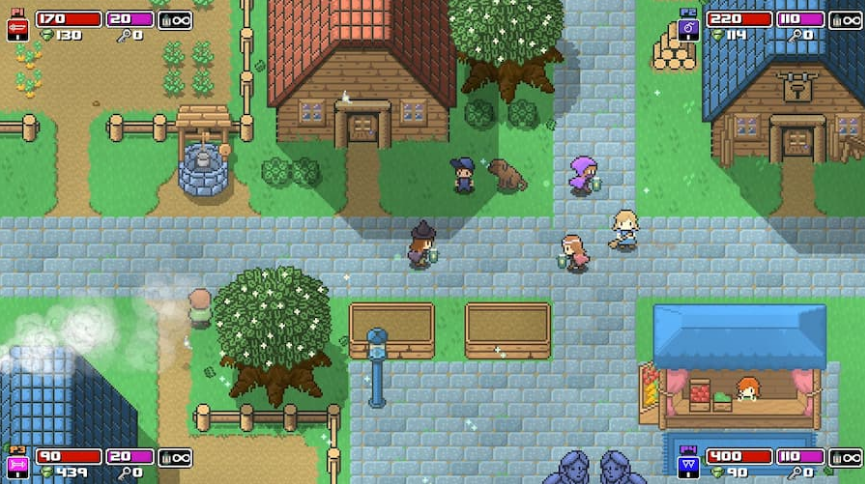 Do you recall the “A Thread of Memory” game? This is one of the greatest Zelda games ever developed, so of course, you know it. Rogue Heroes: Ruins of Tasos, on the other hand, is just like that. As a co-operative multiplayer game, it does have a unique advantage. You go on a mission to rescue the world, much as in A Link to the Past. But here, you may bring along as many as three other people at a time. It’s unusual to see a game like this in co-op, but it is true.

This new Rogue-like game, Rogue Heroes: Ruins of Tasos, combines the best of both worlds. The only way out of a dungeon is to return to the beginning. But you may use the money you’ve saved to buy new items. 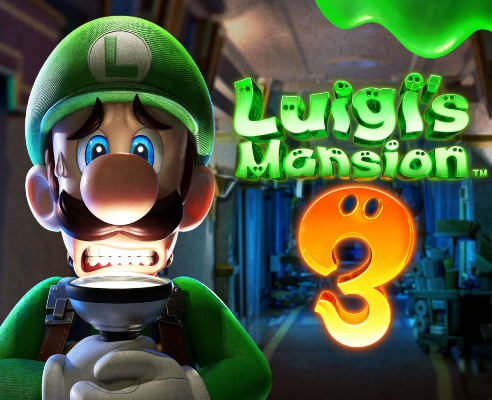 Mario has launched a ghastly adventure that correctly falls in the category of couch co-op and multiplayer.  In Luigi’s Mansion 3’s main campaign, one player takes on the role of the bouncy protagonist while the other takes control of the flexible Gooigi and explores new regions by slipping and sliding through gutters and pipes. Each participant has their own unique contribution and the game is a blast to play while you’re firing plumbers at each other.

Additionally, in the online multiplayer ScareScraper mode, up to eight players (two per console) may join forces and take on progressively harder levels of the ScareScraper Tower.

Smash Bros is another in the list that falls in the category of multiplayer games.  Over 70 characters, over 100 levels, and over 900 pieces of music are included in this game for two to eight players. Classic Mode allows players to work together while Smash mode pits them against one another.

Doubles team mode for 2v2 and the new Squad Strike mode are also available in the game. Squad Strike is a team-based fighting game, similar to the King of Fighters series, that lets players use a variety of different characters to battle against each other. Even with eight players, Smash Bros. still goes well and should not be missed. I think it’s one of Nintendo’s best games ever made. 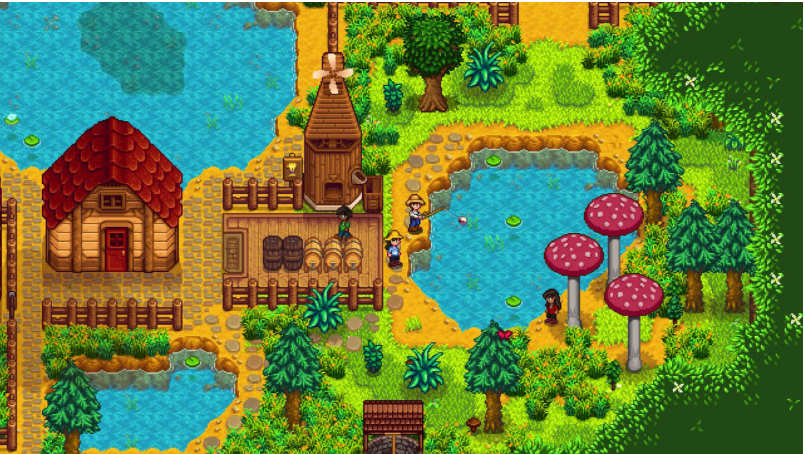 At this time, everyone has heard about Stardew Valley. It’s the finest co-op game on the Switch because of its in-depth gaming experience. If you’re looking for a peaceful settlement in a bug-infested dungeon while kicking a big corporation’s butt, this is the game for you.

However, you may be surprised to learn that the game enables you to collaborate with your pals to build a farm.

Additional housing is generated around the property of your farm when you build a farm for up to four people. To guarantee that your grandpa is proud of you, you’ll need to communicate with each other about what you’re doing on the farm. 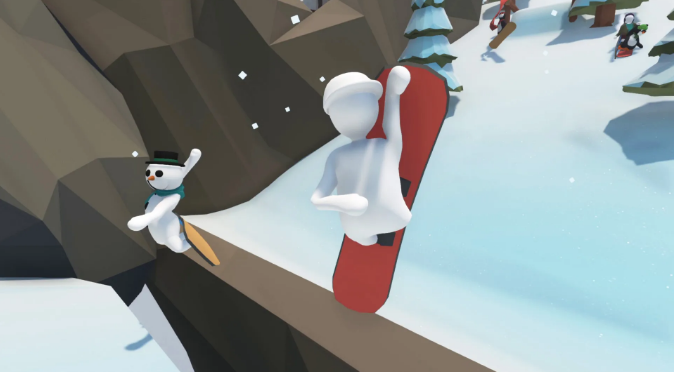 Cooperative duos looking for a challenging puzzler will love this game. In order to move your blobby avatars, you and a buddy must wage battle on each other’s base. Navigating basic levels is never as easy as it seems due to the laws of physics. You can create your own levels and play other people’s creations if you play on a PC.

6. Overcooked! All You Can Eat 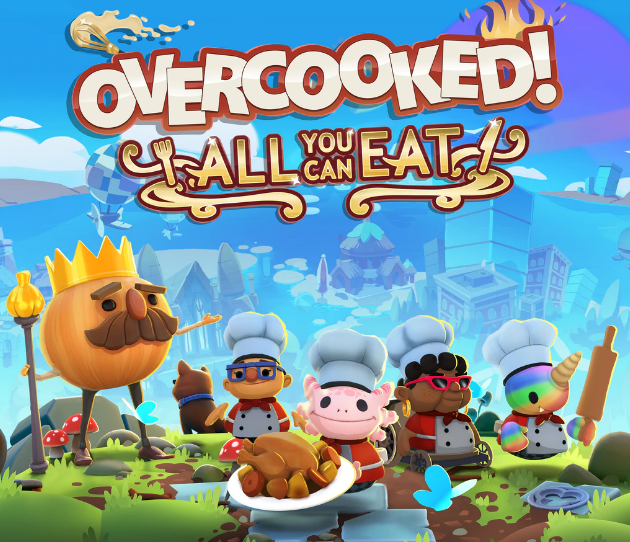 Did you ever play Overcooked! or Overcooked! 2,  if not, then you should definitely try Overcooked! All You Can Eat!. You may eat as much as you want! In addition, it contains all of the DLC that has been published so far, as well as any that is yet to be released.

You and your team of sou chefs will have a blast exploring the game’s many levels and weird kitchens. 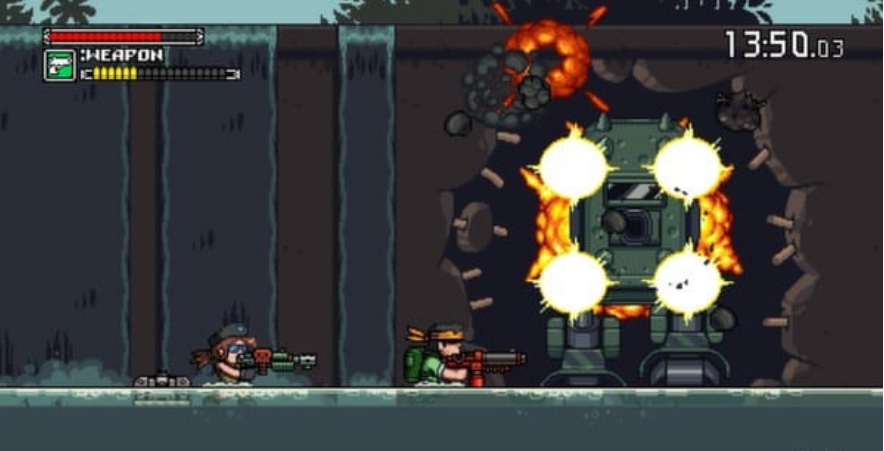 For fans of the Metal Slug series, Mercenary Kings has a lot more to offer. You and a friend may embark on a shooting spree together, upgrading your weapons and customising your loadout as you go along.

Fun and interesting, this small game will keep you entertained as you’re trying to get your hands on the best weapons.

Rayman Legends has been delivering up beautifully on almost every current platform since its first release in 2013. Couch co-op is a blast on the Switch, and it couldn’t be simpler to set up. The game’s rules are as easy to learn as the game itself, and you may play with up to four players at once.

A great single-player platformer, Rayman Legends is best enjoyed with two or three friends since you’ll be cheering on the team as they make their way to the finish line. It’ll be easy for anybody to return to their teammates if they fall victim to a challenge.

That’s the list of 8 best Best Switch Couch Co-op Games to Play in 2022. Do download them and let us know your experience in the comment section below.