Since scary movies have long been a favourite genre for many movie lovers, it’s no wonder that they’ve found a stronghold in the video game industry as well. In many ways, using virtual reality headsets may provide a scarier experience than playing a horror game on a console or PC. 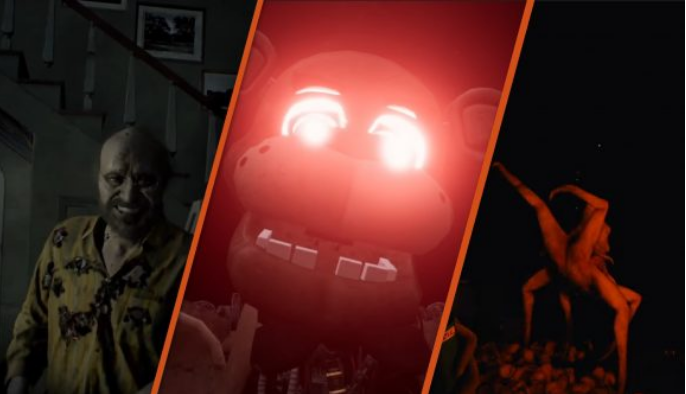 The horror genre has always thrived in video games, and this is particularly true for virtual reality horror games. Horror works best when you’re immersed in the environment, and no medium can provide that level of immersion quite like virtual reality. These two are built for one other. You must be wondering which are the best horror games to play in virtual reality. Don’t worry, we are here to help you.

In this article, we’ll tell you the 6 Best VR Horror Games to Plat this Halloween.

What are the 6 Best VR Horror Games?

Fans of horror films and video games have been experiencing horror on a flat-screen till now. But, this experience is amplified by the immersive nature of virtual reality. Once you put on a headset, there’s no turning back; you’ll believe for the duration of the experience that the atrocities you’re seeing are genuine. This is why the greatest VR horror games are scarier than their flat screen counterparts. And here we have the 6 best VR Horror Games for you. 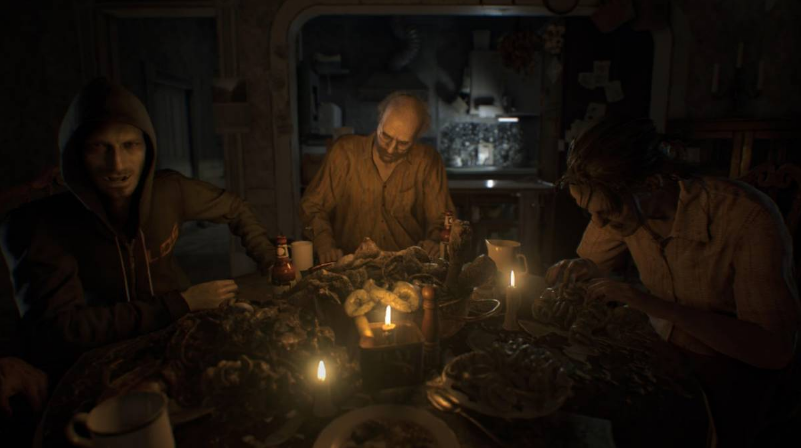 On a scale of 1 to 10, how much do you want to be scared? If 12, then this game is for you. Resident Evil 7 is the scariest game even without VR. Now think about using a VR. No need for jump scares when Capcom uses a combination of creepy lighting and ambient noises to spook gamers.

In Resident Evil 7, you’ll encounter a few in-game zombies, but the true terror comes from anticipating what’s going to happen next. Capcom made the most of every shadow and squeaky floorboard in the creepy Louisiana estate, making it one of the most terrifying parts of the Resident Evil series.

The game with VR is just as smooth and scary as without it. Despite the occasional fall in quality, it’s not enough to detract from the overall experience. Capcom’s reputation as the master of horror gaming and VR horror games is bolstered by the fact that every sound can be heard clearly via the headset.

Killing Floor Incursion is a horror-themed video game, and it has a lot of zombie-like monsters to deal with. Although it’s easy to shoot down monsters, there are a number of challenges that are hard to complete.

Aside from the frightening realm to explore, the game is full of smartly created riddles. The VR is well-suited to the game’s ‘brain’ and ‘brawn’ elements, with a variety of things to grasp, use, and interact with that each have their own distinct feel. 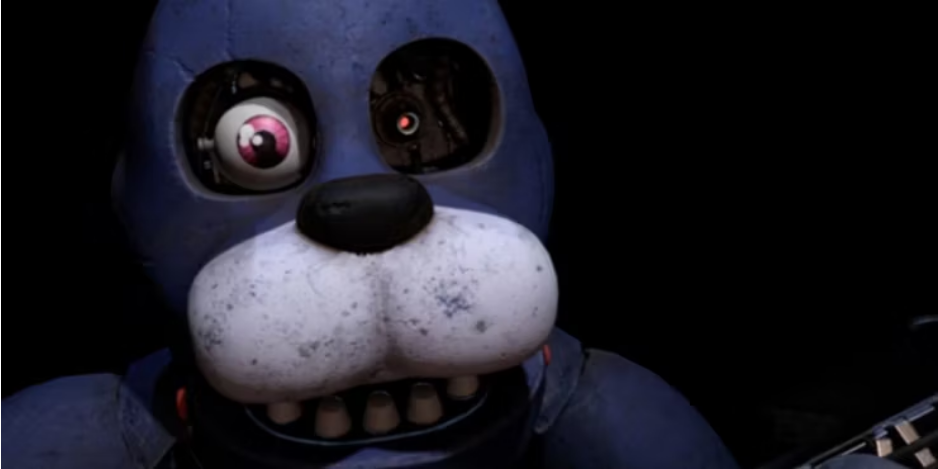 Fans of the original Five Nights at Freddy’s will be pleased to learn that a new part “Help Wanted” has been added to the series. In virtual reality, you’re in serious danger of being attacked by animatronics, making it much more terrifying to come face to face with them.

The Exorcist is one of the scariest movies of all time, so the standard for this virtual reality horror game is naturally set high. Fortunately, the experience is worth every single scare. This creepy game develops over the course of five episodes based on the popular series by William Peter Blatty, where you’ll be able to learn about demonic exorcism, encounter kinds of religious terror and confront your secret fears along the road.

There is a different demonic enemy in each chapter that will test your strength and determination. The risk is too great. 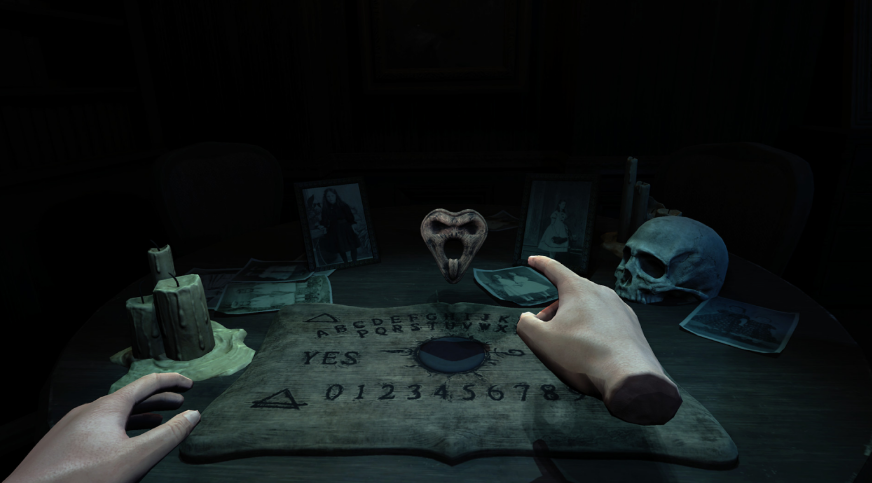 A frightening visual experience, Affected: The Manor is played in a haunted home in a unique way. This VR horror game delivers an unnerving atmosphere for anybody prepared to walk inside these tight confines thanks to the game’s easy-to-grasp movement capabilities.

You’ll be particularly engrossed by the screams and sound effects of this abandoned mansion. When you enter a new room and hear the sound of a child’s laughter, you may feel the chills creeping up your spine. The only drawback is that the game only lasts for an hour or so before it has to be finished. 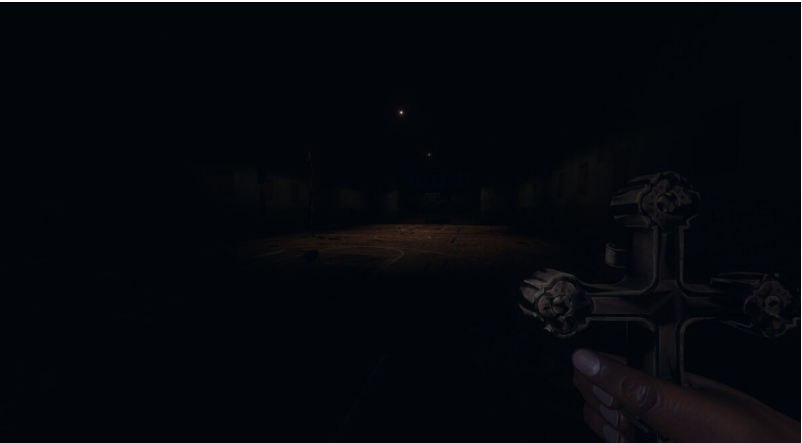 Immerse yourself in an investigation of the paranormal in this harrowing virtual reality game. As they go from inquiry to the investigation, players use standard instruments like EMF metres and spirit boxes to connect with the dead and expel the worst of them from our world.

What exactly is the issue? Not all ghosts are eager to go peacefully. To figure out what type of ghost they’re dealing with, the crew is in a mad dash against the time. Upgraded technology is within their reach, as long as they work hard and are confident in their forecasts.

Phenomenal: Phasmophobia is the best ghost hunting simulator out there. The game, especially in virtual reality, is a terrible experience. All of the elements work together to create a chilling experience. When it comes to games like phasmophobia is precisely what viewers are looking for. That is if you exclude the death.

So, these are our picks of the 6 best VR Horror Games in 2022. Have you played any of them? If not, do try them out and let us know your scariest experience.