Mountain Dew has a unique quality that has garnered many fans. Fortunately, Mountain Dew has provided us with a wide range of flavors and varieties over the years. In light of this, these are the top 10 flavors of Mountain Dew: 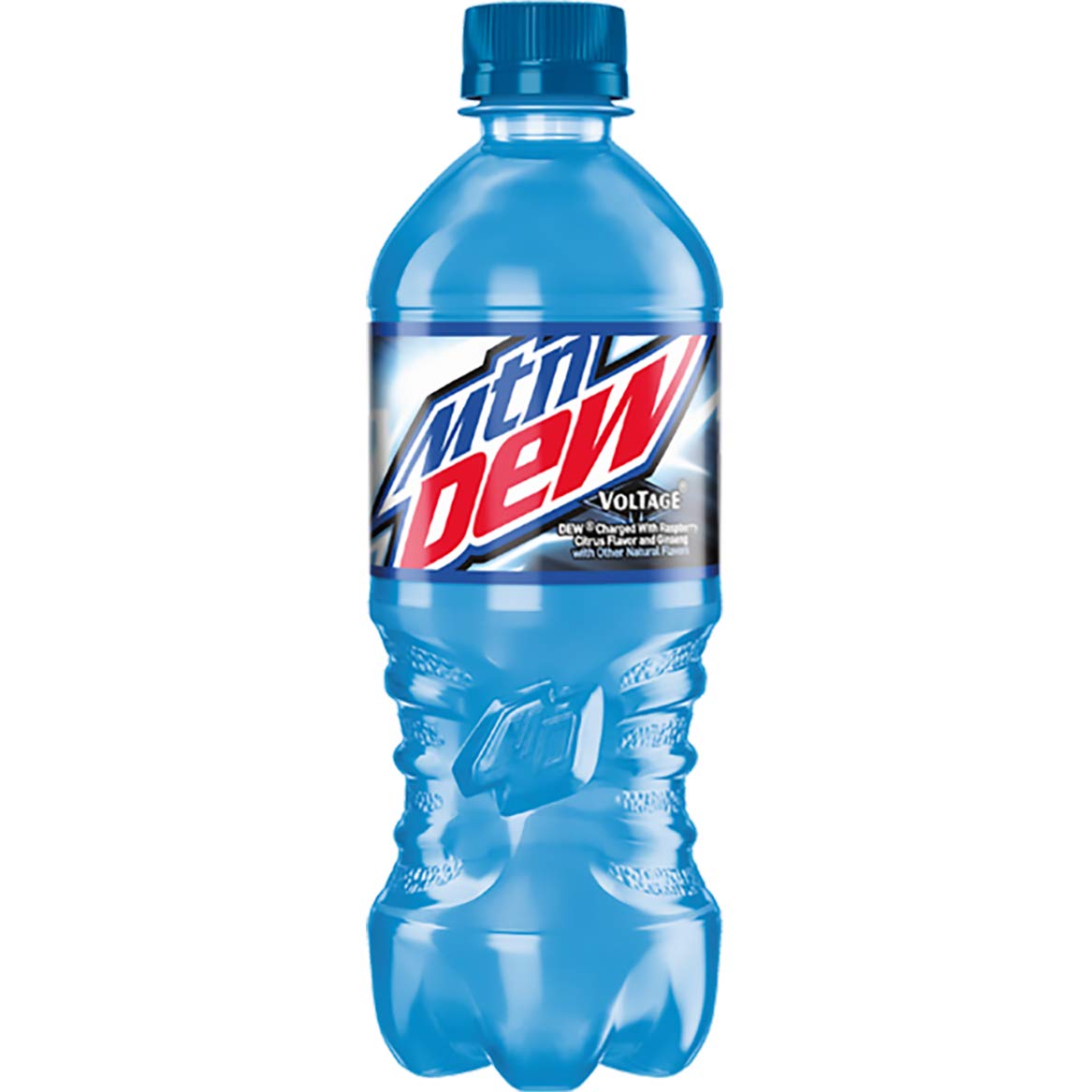 The greatest Mountain Dew flavor ever created is Voltage. Because so many people enjoy Mountain Dew Voltage, it has proven to be a true crowd favorite and has been a constant member of the Mountain Dew squad. Mountain Dew Voltage’s vivid blue color may turn you off at first glance, but do not let that deter you. The primary flavor of this beverage is blue raspberry, yet you can also detect a faint citrus flavor to remind you that it is indeed Mountain Dew. Another flavor you detect is a very faint ginseng flavor. The fact that all of those things work so well together, even though they may seem bizarre when combined, is what makes Voltage unique and determined to stay.

Due to the range of flavors available, Mountain Dew has grown to be one of the most well-known beverage brands on the planet. With that in mind, you’ll be happy to learn that this year, there’s an unique Mountain Dew flavor to experience and be enthusiastic about. The newest member of the Mountain Dew clan, Major Melon, has been hailed as a game-changer. The bottle has a well-known green label and is packed with a vivid pink liquid that immediately entices us to take it off the shelf. Even in the depths of winter, the watermelon-based beverage is bursting with taste and instantly transports us to the summer. 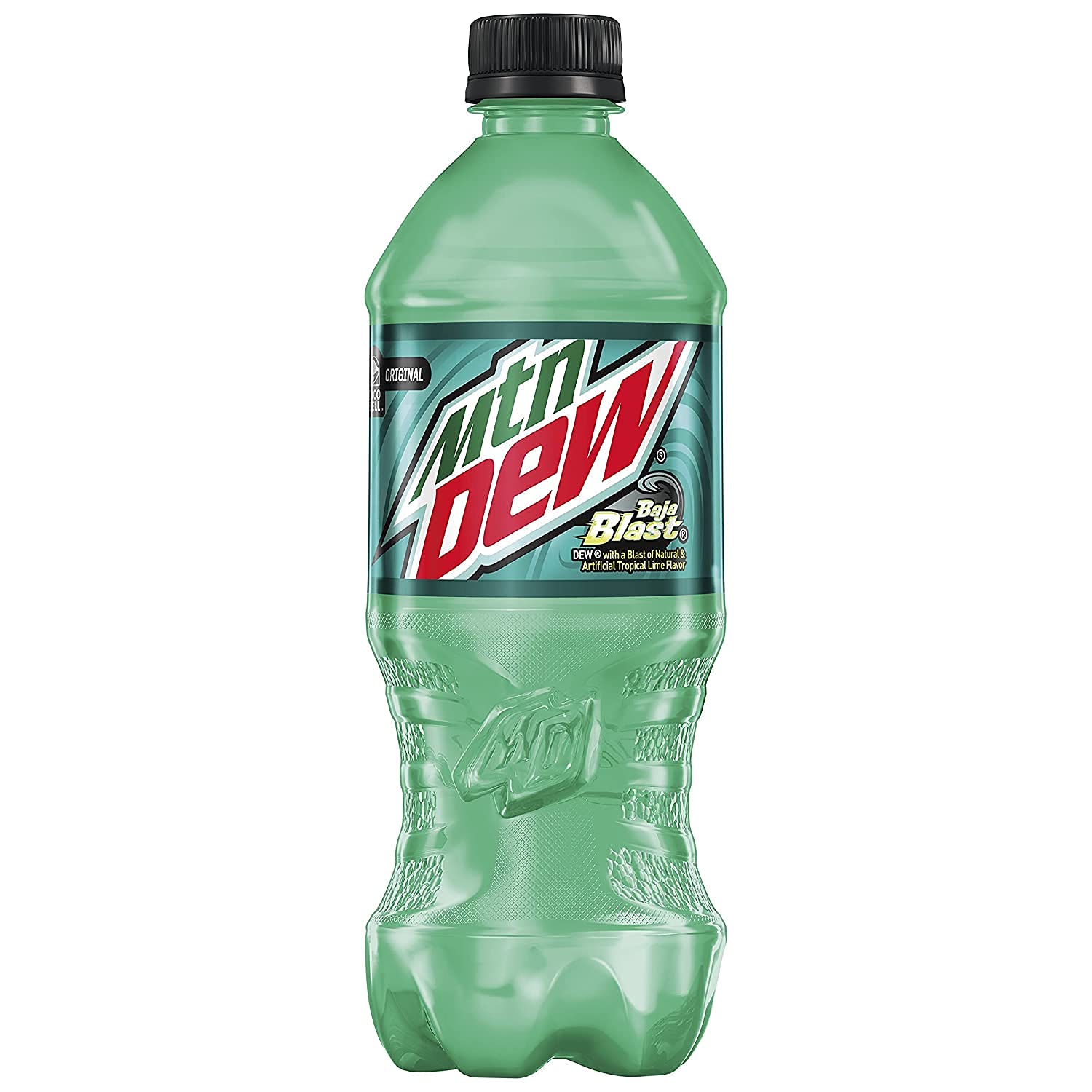 The Mountain Dew’s Baja Blast flavor is regarded as the best in the lineup virtually universally. Additionally, a lot of individuals will assert that Mountain Dew’s Baja Blast is among the best soda overall. In reality, Baja Blast has only existed since the beginning of 2004. That may be because Taco Bell is the only place where Baja Blast is sold if it appears longer than you expected. The genuinely delectable soda has a strong tropical taste burst that is followed by a lime squeeze to clear the palate. The hue aquamarine already kickstarts the appetite because it foreshadows what is to come. Taco Bell and Mountain Dew agreed to put this soda on shop shelves because it was so well received. While it might be offered year-round at your neighborhood Taco Bell, the shop version is only made available as seasonal specialties. 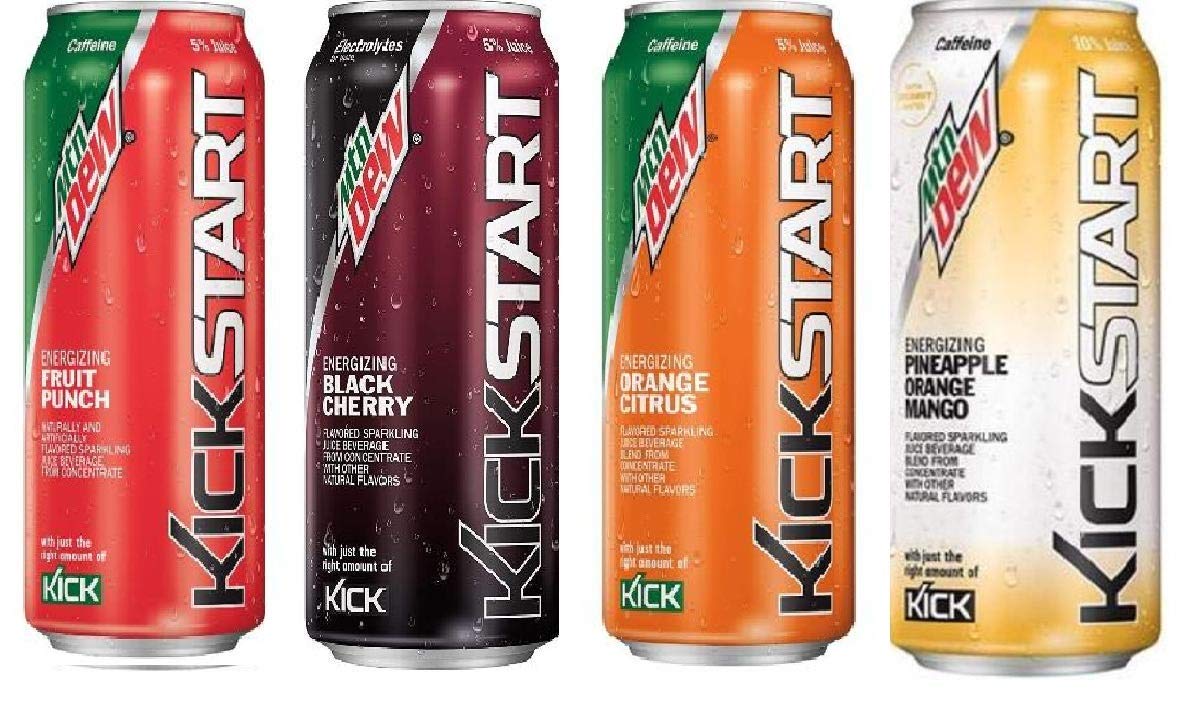 Energy drinks have had some of the fastest growth throughout the soda market in recent years. Given their enormous popularity, it makes sense that Mountain Dew would want to get in on the action. Mountain Dew introduced the Kickstart series of Dews to fit with its brand and be related to extreme sports as well as gaming. Kickstart differs from other energy drinks just on marketplace in that it uses actual fruit juice and has a significant amount of caffeine to truly “kickstart” your morning. This could be a different option to eat with breakfast if you’re not a big coffee drinker. 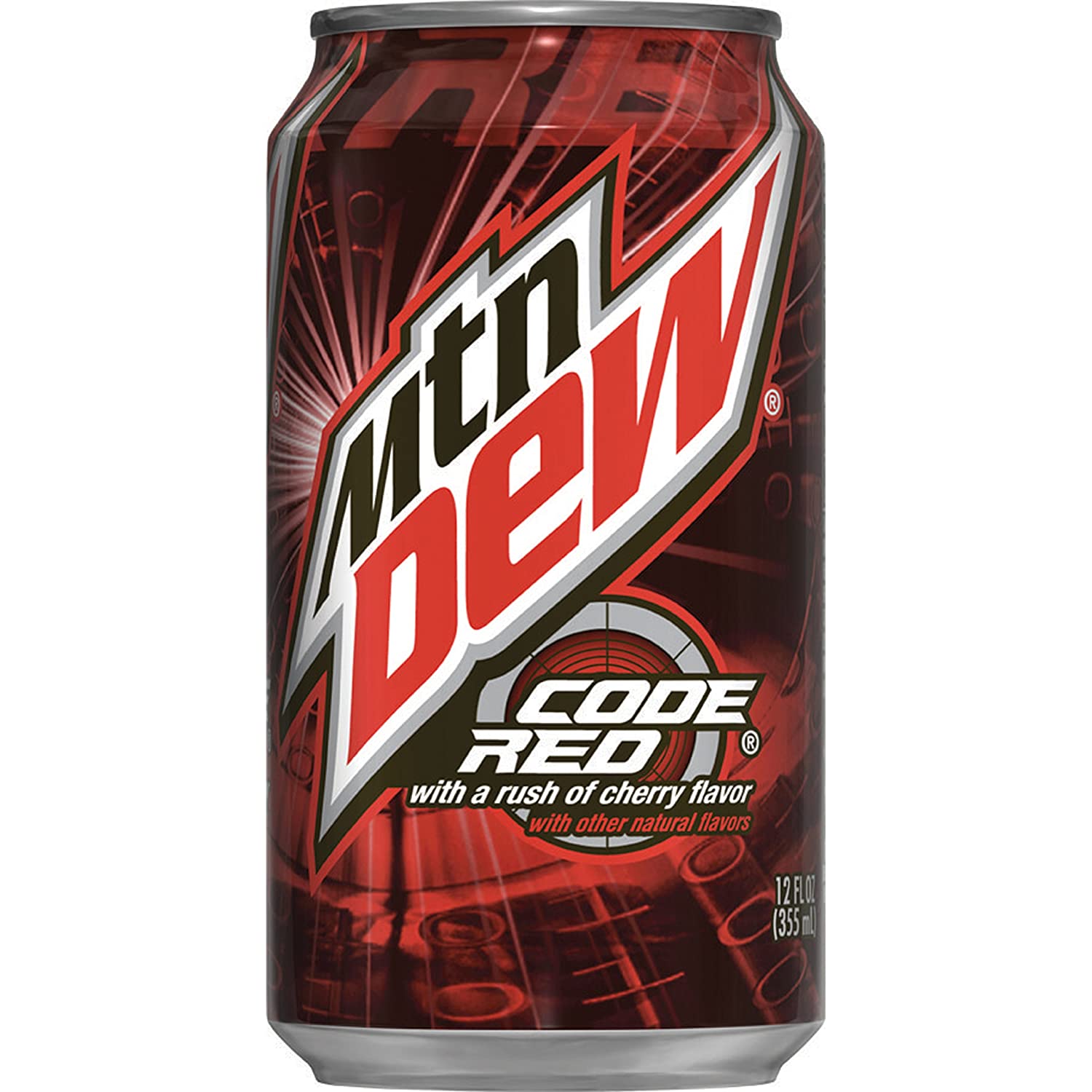 Code Red is a great Cherry Mountain Dew flavor. It is comparable to Citrus Cherry, another Dew flavor that has a cherry flavor that is similar to this one. As its name suggests, it looks red in hue. The introduction of Code Red alone raised total Mountain Dews’ sales by about 6% during its initial year of availability in the US. Mountain Dew Red failed due to the overpowering cherry flavor, which tasted more artificial than refreshing. Mountain Dew revised the cherry flavour and the result was the Code Red that is so beloved today. In addition, Mountain Dew’s Code Red offers a diet version that many consider being the best on the market right now. 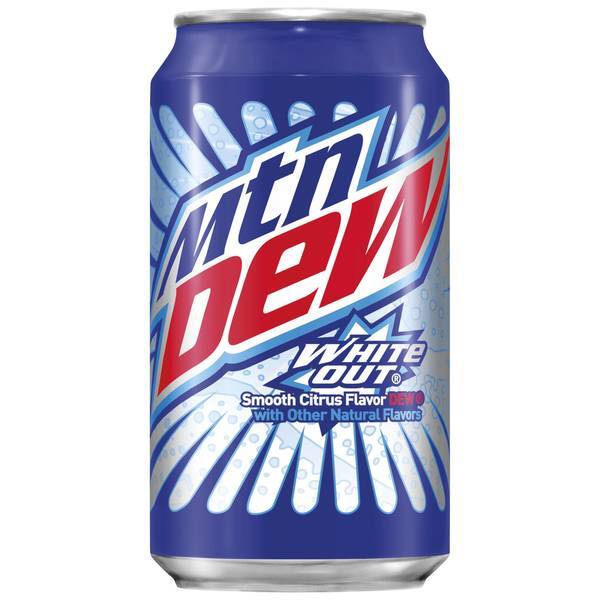 Everything about the drink is radically different, including the way it feels, looks, and tastes. White Out is a rich, fresh take on such a citrus drink whereas Mountain Dew Ice had merely a watered-down aftertaste, despite the fact that they are both citrus-based. In order to feel rejuvenated when the sun is up, we advise you to take the Mountain Dew White Out now and put Some ice out of your mind. We believe that White Out stands out even more because it lacks the “extreme” aspect that some of the Mountain Dew drinks do. It’s tasteful and modest. And that’s sufficient for us. 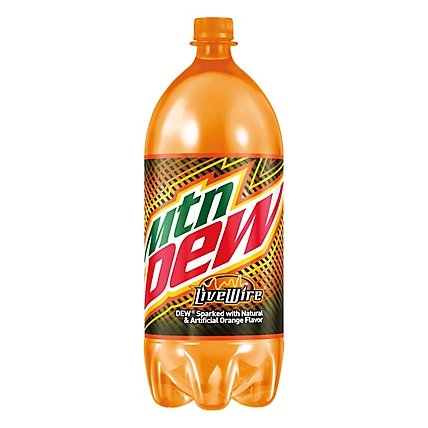 The orange flavor of Live Wire accomplishes exactly what it says on the can. You feel a spark! You’re more awakened by it than the other! However, some other flavors are indeed extremely fantastic. It demonstrated to be enormously successful during its release. After a 2005 limited-edition run, LiveWire was later made a permanent taste thanks to this introduction alone, which raised total Mountain Dew sales about 10% in its debut year. 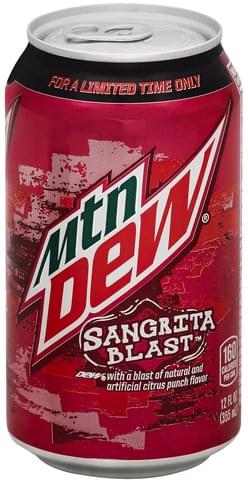 Since May 2014, Solar Flare has been a Mountain Dew variety available solely at 7-Eleven convenience stores. It had been removed from the majority of 7-Eleven shops by 2015, thus finding it would get harder over time. This is a fantastic flavor coupled with Mountain Dew drink and tropical punch. 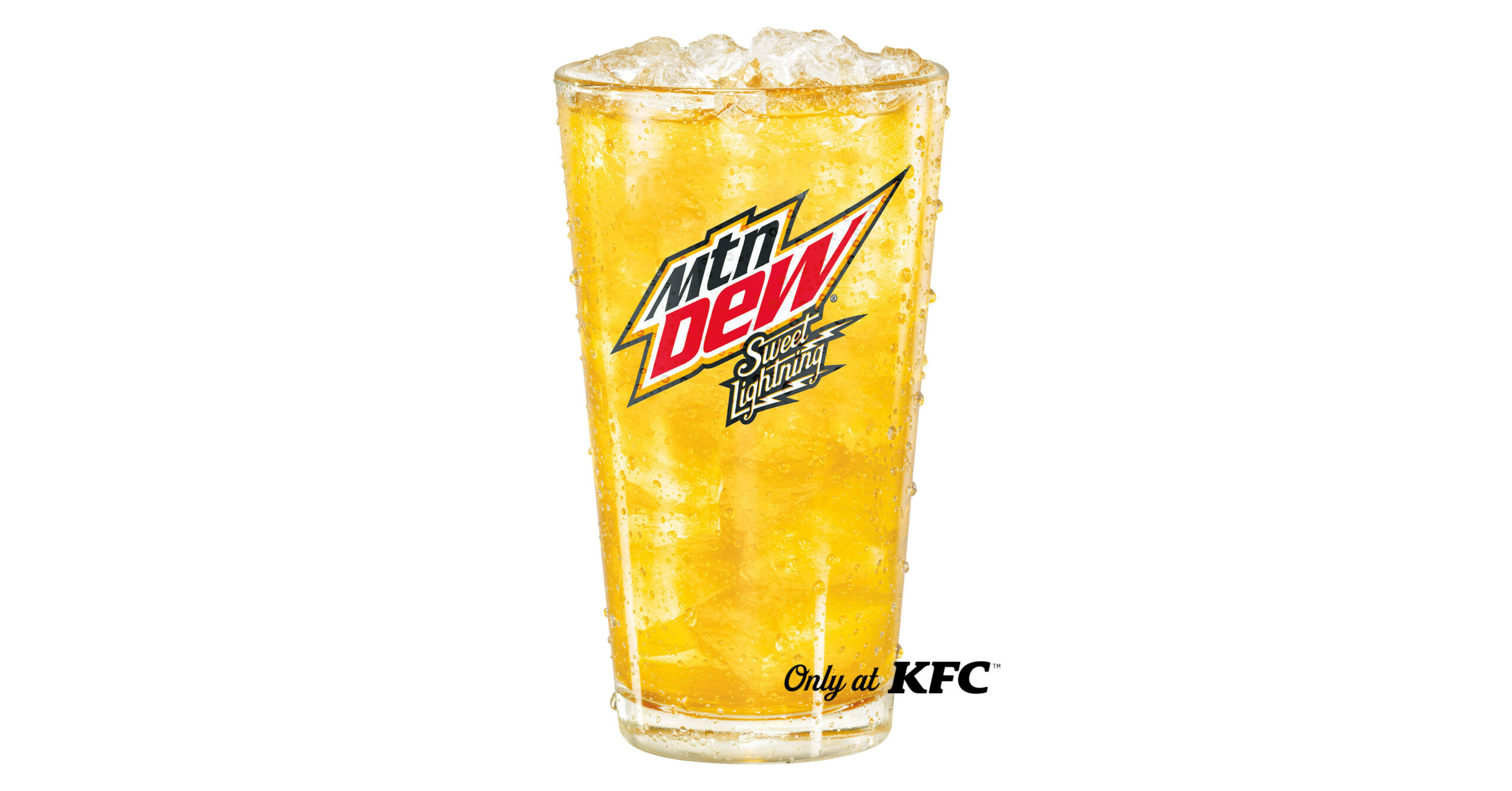 Mountain Dew’s Sweet Lighting, which is only offered in KFC restaurants, is a flavorful twist on the well-known beverage designed to “electrify its beverage lineup.” This syrupy beverage has a peach and honey tinge to it and tastes somewhat like sweet tea, which is not strange considering that sweet tea plus fried chicken is indeed a common and cherished combo across the nation.

So far, we have discussed all the top ten best Mountain Dew flavors out there that you should definitely try or at least know about. Not only now you know their names, but about their launch and taste as well.