Erika Wulff Jones is the wife of the controversial radio host and prominent conspiracy theorist Alex Jones. The couple walked down the aisle in the year 2017 and they have been together ever since then.

Keep reading further to catch deep insights into the personal and professional life of Alex Jones’ wife Erika Wulff Jones including her job, and early life. What does Erika Wulff Jones do for a living?

For those of you who are unaware, let us tell you, unlike like her husband Alex, Erika Wulff Jones leads a private life. She prefers to stay away from the world of entertainment. She and Alex tied the knot in the year 2017.

Erika is most noted as the founder of New Order Yoga. In her LinkedIn profile, she wrote, “We believe that yoga is for everyone no matter what age or ability level.” It seems like she is a big follower of yoga. As per the reports of The Sun, before stepping into the world of yoga and opening her yoga studio, Erika finished a 500-hour Registered Yoga Teacher training course to acquire more knowledge about yoga. Her yoga studio is situated in Austin, Texas. Before New Order Yoga, she received a degree in Comparative History from the University of Washington.

Has Erika Wulff Jones been arrested in the past?

The answer to the above question is a big yes. Erika Wulff Jones was caught by the cops on Christmas Eve last year on a domestic violence charge. In a media interaction with Associated Press at that point, her husband Alex said, “It’s a private family matter that happened on Christmas Eve. I love my wife and care about her and it appears to be some kind of medication imbalance.”

According to ABC News, the sheriff’s records stated that the yoga instructor “faces misdemeanor charges of assault causing bodily injury to a family member and resisting arrest, search or transport. She had not received a bond Saturday afternoon.” He also went on to say that the arrest “doesn’t concern my politics” and that “it wasn’t some kind of personal hateful thing.”

Do Alex Jones and his wife Erika Wulff Jones have any kids together?

Most of the time Alex Jones is in the limelight due to his political views but let us share with you he has been successful in keeping his personal life under wraps. Alex Jones and his wife Erika Wulff Jones got married in 2017.

As per various reports, the conspiracy theorist and his wife Erika Wulff Jones share one child. Before his marriage to Erika, the American far-right and alt-right radio show host was married to Kelly Rebecca Nichols. Alex and Kelly exchanged their vows in 2007 and got divorced in 2015. The former couple shares three children. 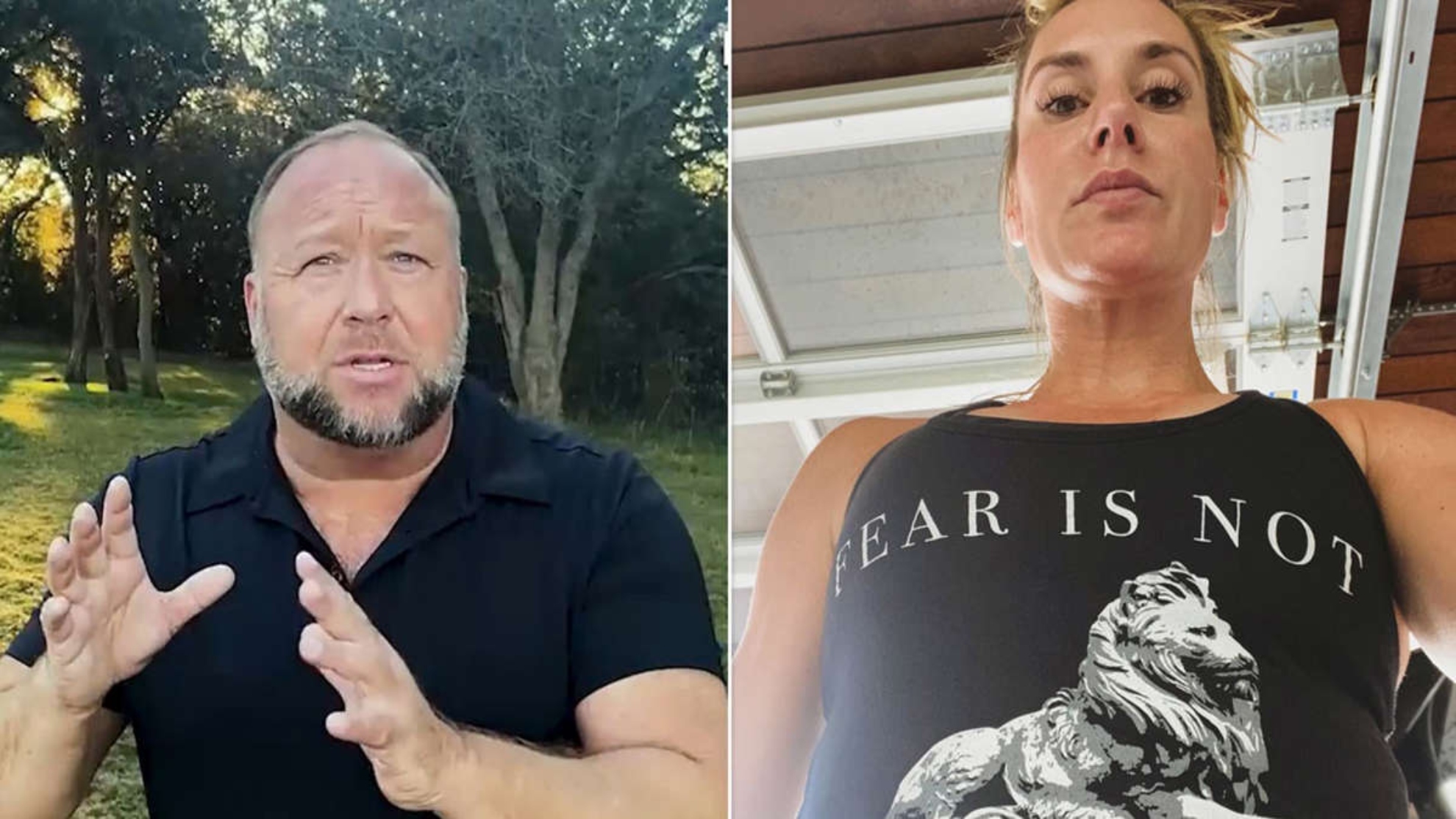 Do you ship Alex Jones and his wife Erika Wulff Jones as a couple? Kindly let us know your thoughts on the pair in the comments section below. Don’t forget to stay tuned with us for the latest updates from the world of showbiz.