Aaron Rodgers has always maintained a colorful love life. When the news of his dating Shailene Woodley surfaced on social media, the fans could not keep calm. But recently, when they announced a break-up, many people were upset with the news. Reportedly, Rodgers has moved on after breaking off his engagement with the actress. He is rumored to be dating another woman. Initially, she was named Charlotte Brereton. But nowadays, she seems to have changed her name to Blu of Earth.

Who is Blu of Earth?

Ever since the news of Aaron’s new girl spread on social media, it has created a buzz. Charlotte or Blu or Earth claims that she is a Witch. She changed her birth name. Charlotte Brereton now claims herself to be a medicine woman. 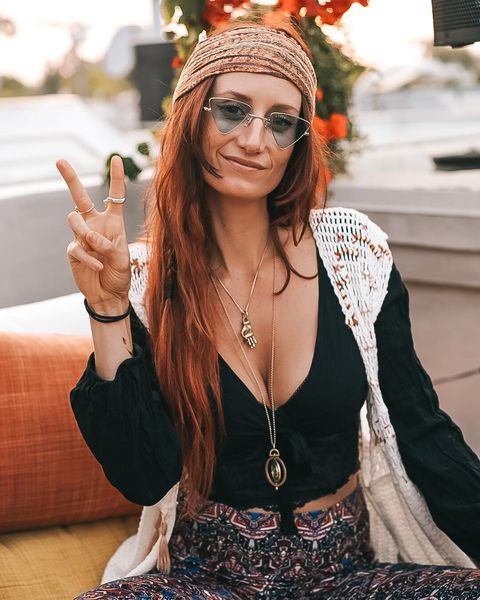 She has a Bachelor’s degree in Broadcast Communication and has never studied magazines. Some news also suggests that she is into psychedelic drugs. No enough data is present on her date of birth. But reportedly, she appears to be in her 30s.

When did they Start Dating?

The speculations around Rodgers and Blu’s relationship began after they were seen together with a group of people. But no official comment has come if when they started dating. The lady is quite active on her social media platform and has over 80k followers on Instagram.

She is also the host of the @dejablupodcast with 1 million downloads and the co-founder of @florescence.earth.

The page description of her social media handles states ‘A clean reservoir of consciousness from which souls thirsty for purity, relied and love can drink’. And the website of the podcast says “a space to dive deep into the unknown, uncovering the mysteries of unlocking the potential of human experience. Blu is here to get raw, unscripted, and unapologetic in sharing her own personal journey of awakening into her truth to help others come home into their heart”

Talking about her co-founding Florescence, it is a modern mystery school for women, helping them to reclaim their magical, radically authentic, wise, wild, and unapologetic selves.

Blu was Earlier in a Relationship

Earlier, Blu was in a relationship with a person named Andre. However, the duo broke up in May. He even went on Instagram and shared the word about the breaking up of the couple. The caption reads:

“For the past 2.5 years, Blu and I have loved each other with the entirety of our beings. The amount of connection, laughter, community, play, and growth we have shared together will stay with us forever”.

The American footballer, too, has quite a dating history. Before ending things with Shailene Woodley, he was into full-fledged relationships with many other women, Danica Patrick, and Olivia Munn, to name a few.

Aaron was seen professing his love for his former fiancé a few days ago, and now it seems that the footballers have found a rebond again. His love life is confusing and how.

Want more scoop into the personal lives of your favorite celebrities and stars? Keep in touch for more.