Where is Isabella Guzman, The Women who Stabbed her Mother?

Isabella Guzman hails from Colorado. In 2013, she was sent to prison for stabbing her mother 150 times. She was only 18 years old at the time. Recently her video went viral on TikTok and garnered the interest of many people. Some even believed that she was innocent and should be vindicated. Many became a fan of her ‘aesthetic face’ and ‘pretty looks.’ 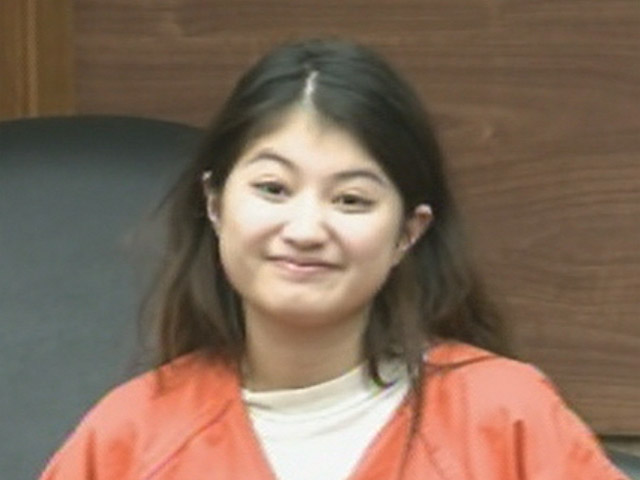 Why Did Isabella Stab Her Mother?

Isabella first came in news for allegedly stabbing her mother 79 times. Although further evaluation showed that the victim had more than 151 wounds on her body overall. Investigators found that Isabella was not like other children of her age. She never smiled or wanted to play or spend time with her family.

It was found that she always resented her mother and even hated her. Her parents were poor and could not afford many of the things that Isabella wanted as a kid. This would lead to arguments in the family. But her parents hoped that as Isabella grew up, she would be more understanding of their financial condition.

Isabella started living with her mother after her father left them. Things got worse when her mother got a new boyfriend, Richard. Isabella saw her father being replaced and did not like it, leading to more tension and fights. It was revealed that Isabella would threaten her mother and promised to ‘make her pay’ for the way ‘she had been treated.’

Her mother and boyfriend had even approached the police about the threats as they were scared that Isabella would act on them.

After an argument one night, her father tried to reason with Isabella. That day, Richard heard screams of Isabella’s mother from the upstairs bathroom. As he rushed to help her, it was locked from inside. Standing there, he heard Isabella stab his partner over and over again.

Authorities mentioned that Isabella had stabbed her mother in the face, neck, and torso. Isabella was missing from the crime scene but was soon caught by undercover officers.

Isabella told the investigating officers that there were voices in her that told her what to do. This is often one of the most prominent symptoms of Schizophrenia. She claimed that the voices told her that in order to save the world, she had to kill her mother.

A doctor diagnosed her with Schizophrenia and testified for it in the Arapahoe County Court. The doctor said that she had been dealing with high levels of Schizophrenic thoughts for many years. Based on the testimony, she was found not guilty by reason of insanity. At the age of 18 years, she was sent to the Mental Health Institute at Pueblo.

Is Isabella Fit To Be Free Now?

Isabella has been in the Mental Health Facility for over seven years, but since 2020, she wants to leave and re-enter the world. In an interview with CBS4, which was conducted through a computer camera in the facility, Isabella said ‘I was not myself when I did that, and I have since been restored to full health.’ In the interview, she also talked about her past and her family. ‘I was abused at home by my family for many years’ she said. ‘My parents are Jehovah’s Witnesses, and I left the religion when I was 14, and the abuse at home worsened after I quit.’

Talking about what transpired, she said ‘If I could change it or if I could take it back, I would.’ Isabella claimed that she was not herself when it happened and that her health has been restored to full after that.

There is a trend on Instagram where clips of young accused criminals and murderers are shown on trending songs, intriguing people about their stories. One such user posted this video of Isabella entering the courtroom, sitting down, looking at the camera where she smiled and then frowned.

This clip went viral garnering millions of views. But this is not the first time such videos of alleged criminals have gone viral. One such video of a ‘handsome’ 21-year old went viral where he was jailed for 24 years for ramming his Ford Mustang into a mother and toddler while speeding. Both the mother and daughter died.

The young boy, Herrin, was said to be racing his friend, driving at more than 100 mph. The victim’s family wanted harsher judgment but the judge settled for 24 years in jail. The look on Herrin’s face while hearing the judgment also went viral on social media, particularly Tiktok. 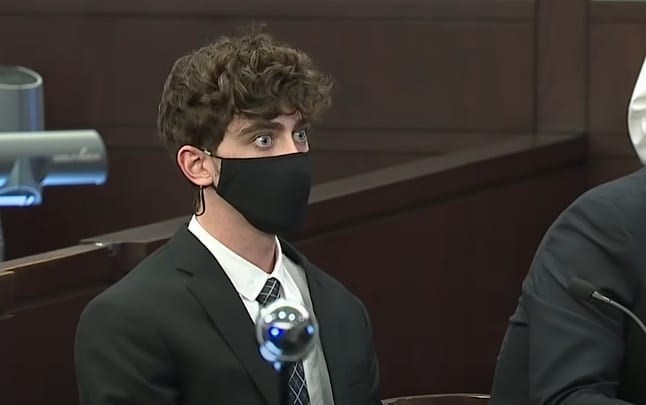 A common factor in all of these clips is that the offender or criminal has aesthetically pleasing features and an air of mystery around them, which piques the interest of all, especially Gen Z kids. While this kind of attention can negatively impact people, there is a positive side to it too.

Woman Freed After 10 Years In Prison Over Miscarriage

Not too long ago, a story of a woman went viral on social media where she was in jail for allegedly going through an abortion. Elsy, a 28-year-old mother and house help suffered from a miscarriage, but instead of being helped, she was sent to jail for allegedly going through an abortion. She was sentenced for aggravated homicide. After the recent backlash, El Salvador released Elsy and three other women prisoned for similar reasons.

While is it interesting to watch such videos and try to read their behaviors and understand their intention, it is crucial to remember that these are real people. Social media has given us the ability to reach out and get information about things that were not possible a few decades ago.

It is important that we do not get absorbed in it, but it is also hopeful to see social media being used for good. Although it is important to remember that just because someone seemed too innocent and cute, does not mean that they are not capable of committing heinous crimes.