Playing on these guitars is quite a costly affair as these are expensive. Check out the names of these most expensive guitars and the reasons behind their prices.

Let’s begin the listicle of the top ten most expensive guitars out there. 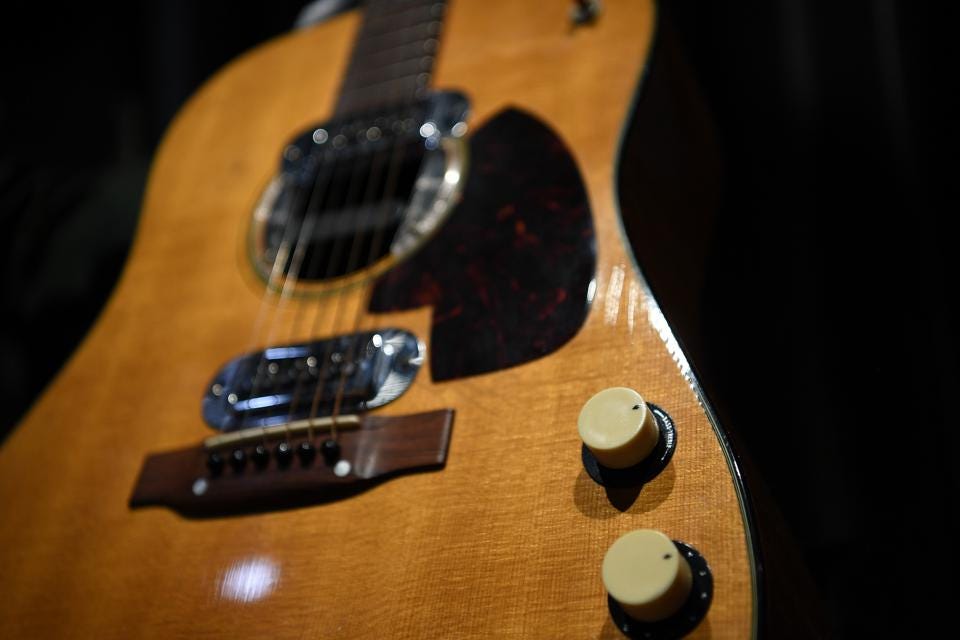 When this altered vintage guitar was put up for sale in 2020, it brought in $6.01 million. This guitar not only formerly belonged to a number of the important musicians of the previous century, but it also made an appearance on MTV Unplugged.

The band Nirvana, which Cobain led in the latter stages of his musical career, was influential in the 1990s. After Kurt Cobain’s tragic passing in 1994, their notoriety and respect only grew. The MTV Unplugged appearance of this left-handed-friendly 1959 Martin D-18E guitar became notorious because it was one of Kurt Cobain’s final live performances, lending it a certain tragic history. 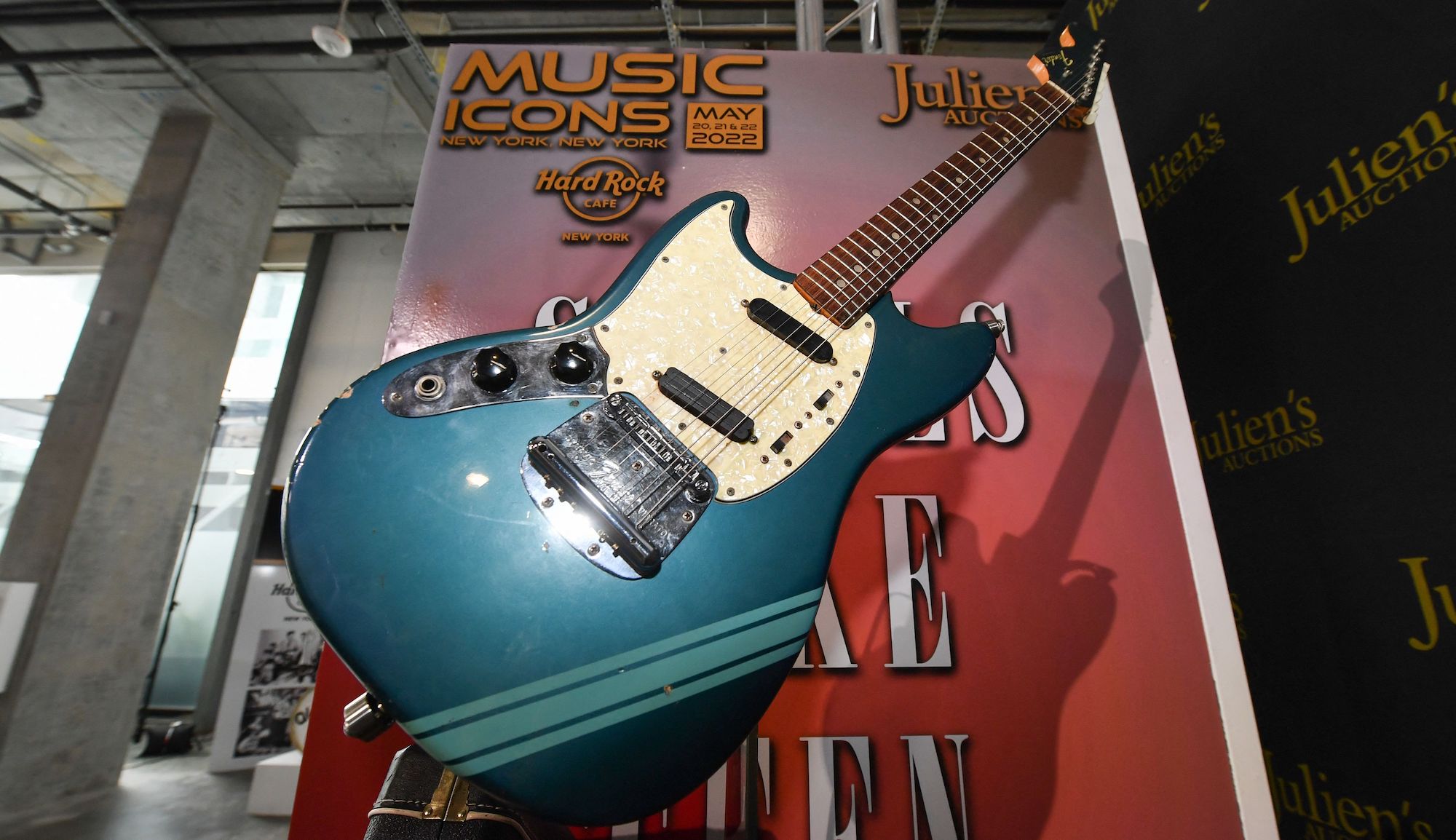 One of the most famous and expensive guitars on the planet is the teal-blue colored Fender Mustang Kurt Cobain performed with all through the music video for Nirvana’s smash hit “Smells Like Teen Spirit.” Few people were surprised to see it achieve a multi-million dollar price when it went for $4.55 million in 2022.

Even though a secondhand Fender Mustang can fetch thousands of dollars, one of the most important performers of the twentieth century, much alone in the 1990s, owned and performed with this particular instrument. 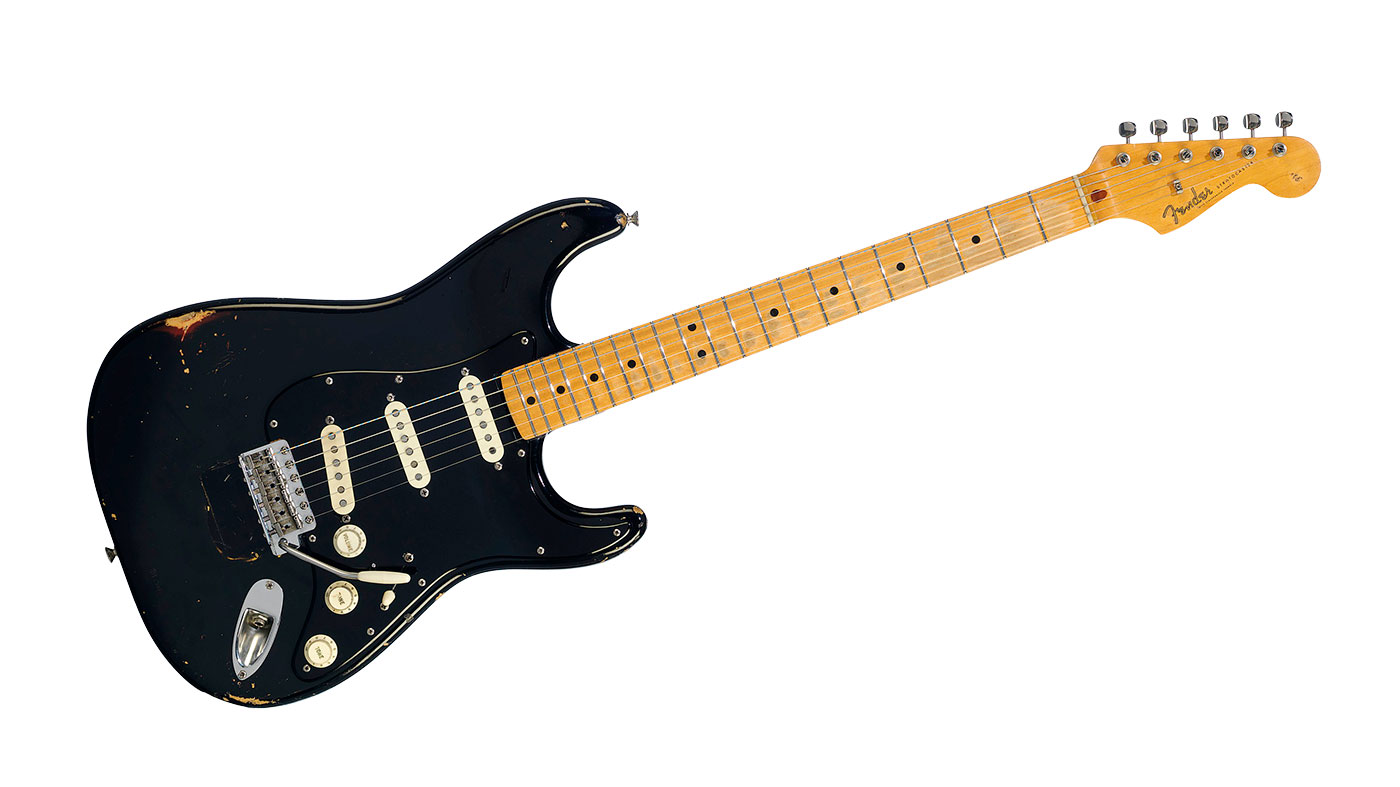 According to CNN, David Gilmour’s renowned “Black Strat,” the former Pink Floyd member’s hallmark instrument, sold for close to $4 million last year. It was a piece of an astounding 126 Gilmour guitar auction that raised money for the climate change fight. In total, $21 million was raised for the cause through the auction. Pink Floyd is frequently cited as being among the most impactful classic rock groups of all time, along with Led Zeppelin as well as The Rolling Stones. Because of their cultural significance, guitars that originally belonged to members of the Pink Floyd band, like The Black Strat, can easily fetch high prices. Not all of the priciest guitars are sold to private buyers to maximize profit. Some make money for charity reasons, perhaps improving and bringing peace to the globe.

One excellent example is the Reach Out to Asia Fender. This electric guitar is colored black and white with the handwritten autographs of some of the best-known guitarists and artists worldwide. The guitar has intrinsic value due to the collection of signatures, which is probably how it was able to sell for $2.7 million at the auction in the year 2005. The money from this sale was used to help those affected by the Indian Ocean tsunami and quake in 2004.

The Beatles had a significant influence on contemporary pop and rock music and changed the trajectory of the entertainment business in a number of novel ways. John Lennon, one of the Fab Four’s most contentious members, passed away tragically and violently in 1980, abandoning his family, his bandmates, his admirers, and a number of belongings.

Some of these items, like a Gibson J-160E in the traditional design, fetched astonishing sums when they were sold. A stunning $2.41 million was paid for this acoustic guitar in 2015, significantly above the maximum sales forecast of $800,000. 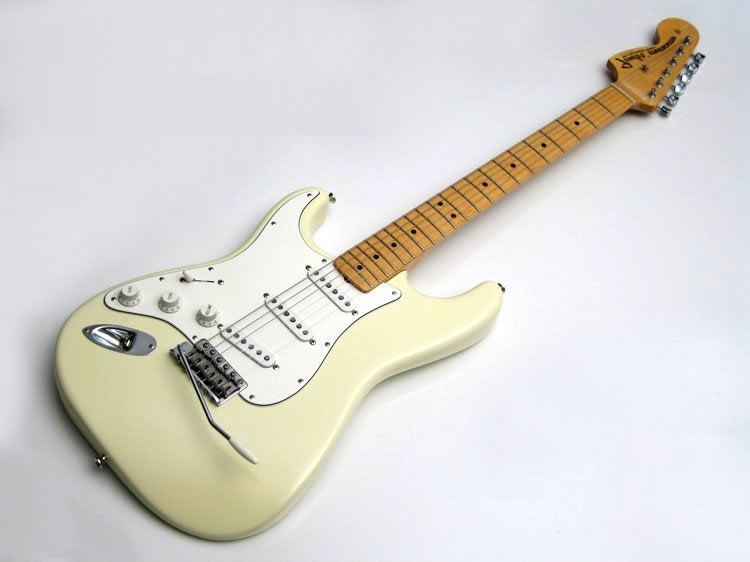 The Woodstock Festival in 1969 featured much more than just a collection of live performances. The “Star Spangled Banner,” expertly played by rock legend Jimi Hendrix, served as the festival’s closing number. It was a momentous occasion that continues to be talked about today. His 1968 Fender Stratocaster is at the center of this scene, making it a historically important instrument that was once owned by one of the most well-known rock and roll icons in the world.

As you might expect, the guitar that Jimi Hendrix played through his Woodstock shows became to be almost as famous as the performer. Paul Allen, the co-founder of Microsoft, reportedly purchased Hendrix’s white-colored 1968 Fender Stratocaster for a reported $2 million. 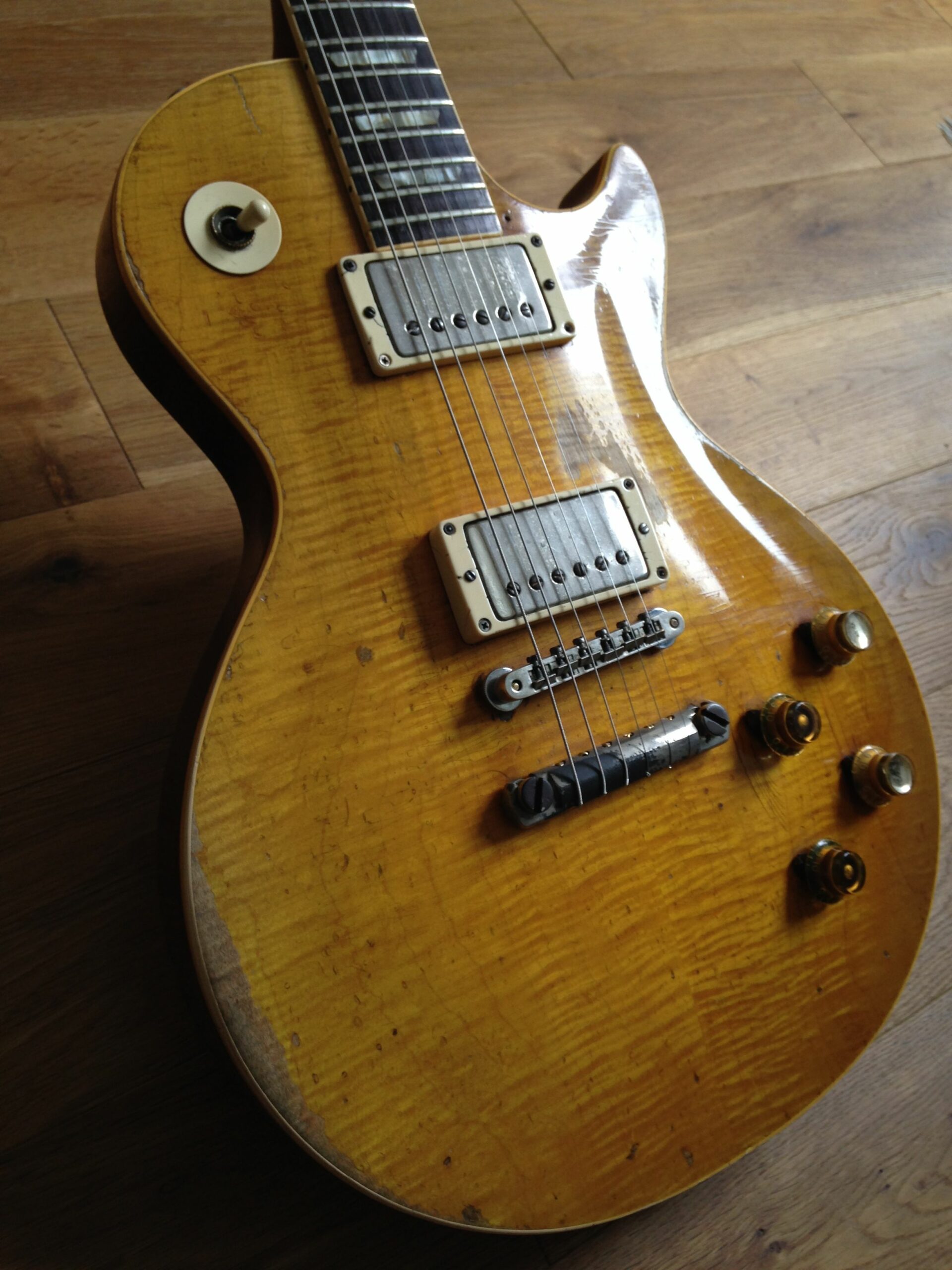 These men formerly owned a 1959 Les Paul, which is well-known among guitarists. It features a reversed pick-up which gives it a tone similar to the Stratocaster. Additionally, Peter Green from Fleetwood Mac as well as Irish artist Gary Moore both owned this six-string guitar. This is why Metallica’s lead guitarist Kirk Hammett purchased it for a whopping $2 million. The main guitarist (as well as vocalist) of the famous Grateful Dead, Jerry Garcia, is such a well-known personality that one of Ben & Jerry’s most well-liked flavors is named in his honor!

When it was put up for sale in 2017, his dependable guitar, known as Wolf because of the cartoon wolf beneath the bridge, fetched $1.9 million. The wolf picture in question is one that Deadheads (followers of the Grateful Dead) always will identify with Garcia. It looks like a cross between Tex Avery’s Slick Joe McWolf as well as Silly Symphony’s Big Bad Wolf. 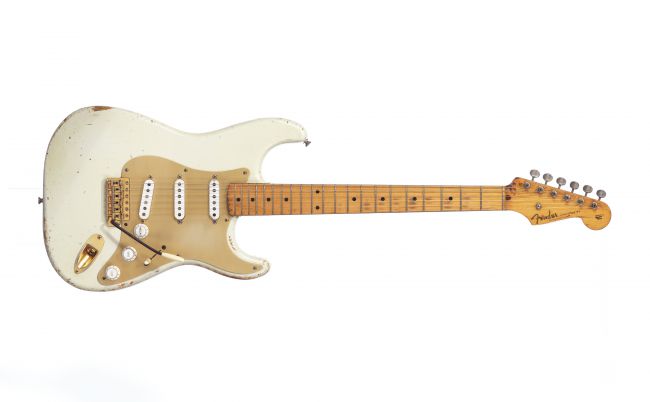 David Gilmour from Pink Floyd prominence also owned this cream-colored Fender Stratocaster. Its base value starts at roughly $10,000 but can potentially approach $100,000, just like other antique Stratocasters (this particular model was introduced in the 1950s).

However, this Fender Stratocaster is valued and over a million dollars, unlike other secondhand models from the same era. When it was up for auction in the year 2019 it fetched $1.8 million! 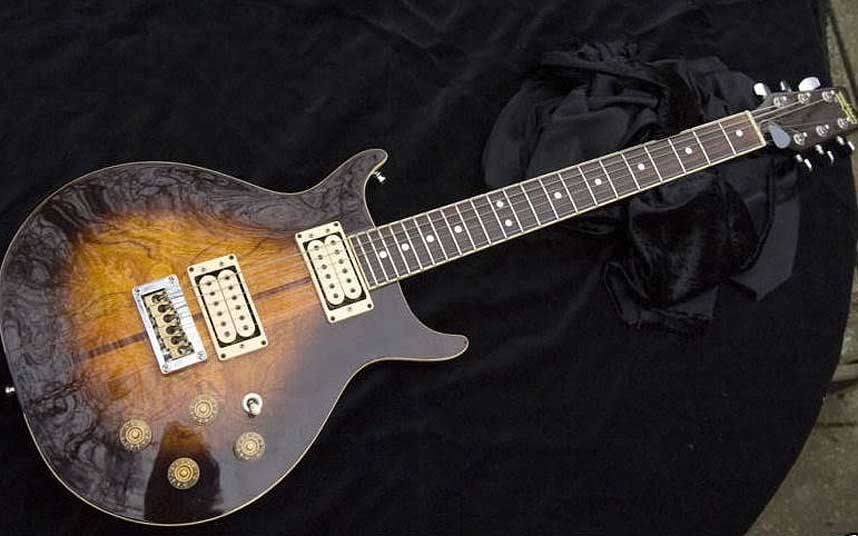 Bob Marley, a famous reggae artist, is reported to only have ever possessed seven guitars. Marley played this Washburn Hawk guitar in a lot of his performances and recordings. Marley eventually made the choice to give it to his guitar tech. Later, the Jamaican government purchased it and installed it in a museum. As per Jamaican Observer, this guitar is valued at $1.2 million.

The history and influence of these extremely expensive guitars, not their quality, dictate their price. These guitars have been once or many times owned by very famous guitarists of all time.