In today’s world, we are constantly judged under the microscope for various standards that we must possess to live happily in society. We are told what products to buy, what clothes to wear, what food to eat, and what to do to validate these standards. In short, it becomes clear that we are expected to be nothing short of beautiful.

They say beauty is subjective and lies in the eyes of the beholder, yet they constantly judge others on the various standards created by society. Perhaps, it is the result of their social conditioning. Beauty standards are fluctuating ideas having extremely narrow criteria. The people who set standards ensure that only a few can actually attain them. 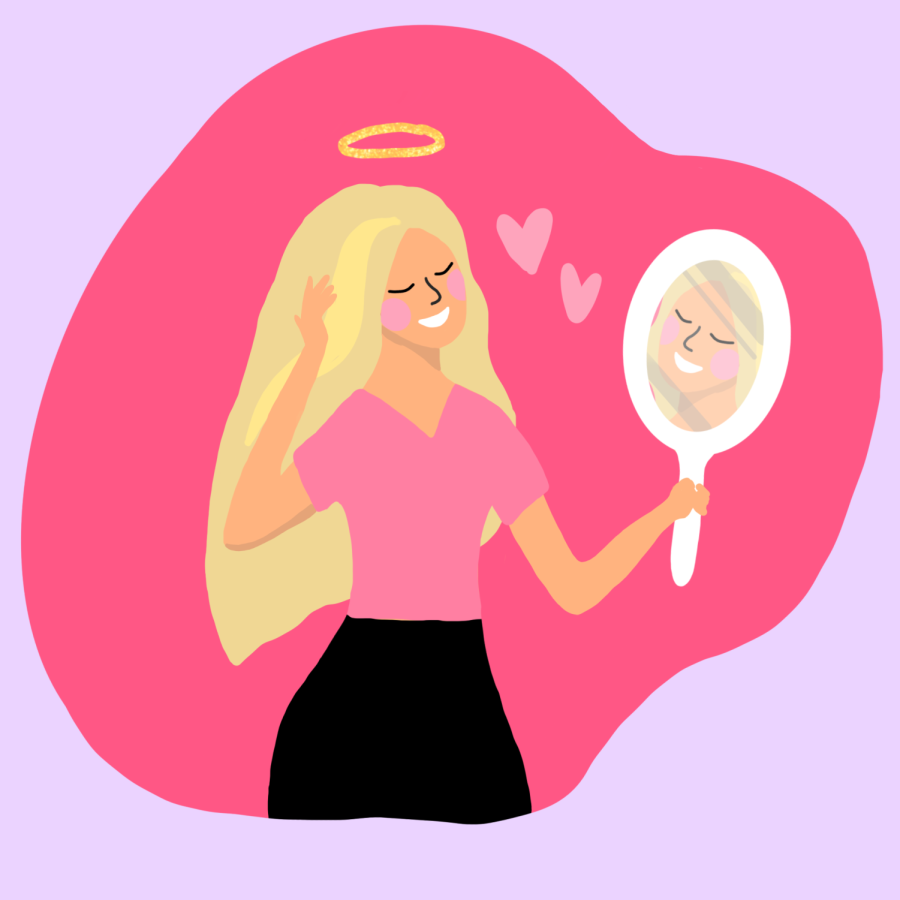 Those who fall under such ambit experience better treatment and social advantages by those who perceive them as beautiful or attractive. These benefits are unearned as these people do not go out of their way to attain them. Many psychology researchers have termed it a beauty premium. Nowadays, it is also known as pretty privilege.

Just when we thought racism, sexism, and ageism were enough, many of us have fallen prey to the ideology that physical attractiveness can determine our quality of life, irrespective of our personality, skills, talents, or intellect. This bias, also known as lookism, is defined as ‘Prejudice or discrimination on the grounds of a person’s appearance.’

It occurs in numerous settings, including workplaces, social circles, and dating environment. And when it comes to those with this privilege, they are treated superior to the others who do not possess the same.

Although this ideology has been long pursued by the masses, it has recently been brought to light due to some TikTok trending stories.

These stories have views surpassing 168 million. These are the videos featuring men and women who share the one or few experiences they have gained as their privilege of being attractive. The prompt “tell me you have pretty privilege without telling me you have pretty privilege” has created a medium for thousands of TikTok users to convey privileges they have had just because they are attractive. In some videos, many women recount the difference in the treatment they had faced before and after some major transformation, such as their weight loss journey, skin treatment, glow-up, wardrobe transformation, and so on. One of the creators brought up the point and stated that ‘all the things that you used to like that made you weird suddenly make you more attractive” and it sure made a lot of sense.

The above-listed phenomenon can be traced to psychological studies of what is known as the Halo Effect. Also known as halo error, the halo effect is a type of cognitive bias whereby our perception of someone is positively influenced by our opinions of that person’s other related traits.

To simplify it, the attractiveness of an individual is positively associated with other desirable traits. The theory perceives that attractive people are looked upon as more trustworthy, confident, and more favorable than less attractive people.

Prevalence at the Workplace

The advantages of people with pretty privilege are more prevalent in their workplace. According to a few studies, physically attractive workers earn up to 15 percent more than those who are otherwise considered less attractive. These studies highlight that attractive people receive far more call-backs for interviews, indicating employers judge that plainer applicants are less capable in their jobs, especially those associated with direct contact or customer service.

Life becomes unfair when you get judged over your looks more than your talent and other traits. It lowers your self-esteem. Pretty privilege often compels you to compare yourself with others, particularly people who are better than you. Such upward comparisons can be detrimental to your mental health. The number of benefits that more attractive people are granted may leave others left out.

Upward comparisons may lead to other negative effects, such as inferiority, shame, and depression.

Can We do Anything About Pretty Privilege?

Pretty privilege exists, and it is affecting society at large. While many people have jumped on the bandwagon of judging others based on how they look, many others are trying to balance the odds. Here are some ways and means to curtail these problems in society.

We Must Untrain the Pretty Privilege Bias

Pretty privilege has been engraved in our society for a long time, and it continues to do so. At this cultural level, researchers claim that the main way to combat this problem is to untrain the bias towards physically attractive people.

If we counter-stereotype this notion, the implicit bias will be significantly reduced. According to a study, when participants become more aware of their own biases, they begin feeling motivated. Untraining your biases creates a healthy environment for one and all.

Feeling comfortable in your skin is one of the best ways to overcome the effects of pretty privilege and upward comparisons. Thankfully, society is welcoming many body positivity movements, thus leaving a positive impact on people who otherwise do not have this so-called privilege. These movements have increased female confidence and bettered their mental well-being. More efforts are made to promote them on a global level.

Beauty is on the Inside

We must educate everyone that real beauty comes from within. It may sound a little cliche, but it is true. Truly beautiful people radiate beauty from their smiles and generosity in their hearts. Indeed, one cannot appreciate such beauty at face value. It is the type of beauty that people who know you see in you.

If someone is to be blamed for this ideology, it is our social conditioning. It is about time we change the concept of judging others merely by how they look and see beyond their face value. We must educate the upcoming generation about the importance of skills and how beauty is not everything. After all, looks are not everything to die for!

What is your take on pretty privilege? Tell us in the comments below.