Skyscrapers touching the sky is the symbol of urban style and might. Drastic improvement in engineering capabilities over the years combined with technology is making countries build higher and higher buildings pushing the boundaries.

As a kid, I was very fascinated by looking at these buildings and I’m sure you were too as these structures are one of the great inventions of mankind.

Even though the concept of Skyscrapers started more than a century ago in the United States, the global skyscraper construction boom has been slowly shifting towards the Middle East and China in the last couple of decades and China is leaving no stone unturned to make its presence felt. Five out of ten world’s tallest buildings are in China.

We are here to share with you the top 10 tallest buildings in the world that are indeed a great work of architecture. Read on!

List of the Top 10 Tallest Buildings in the World

Below is the list of the top 10 tallest buildings in the world as of 2022.

Note: The buildings are ranked in descending order from the tallest to the shortest. 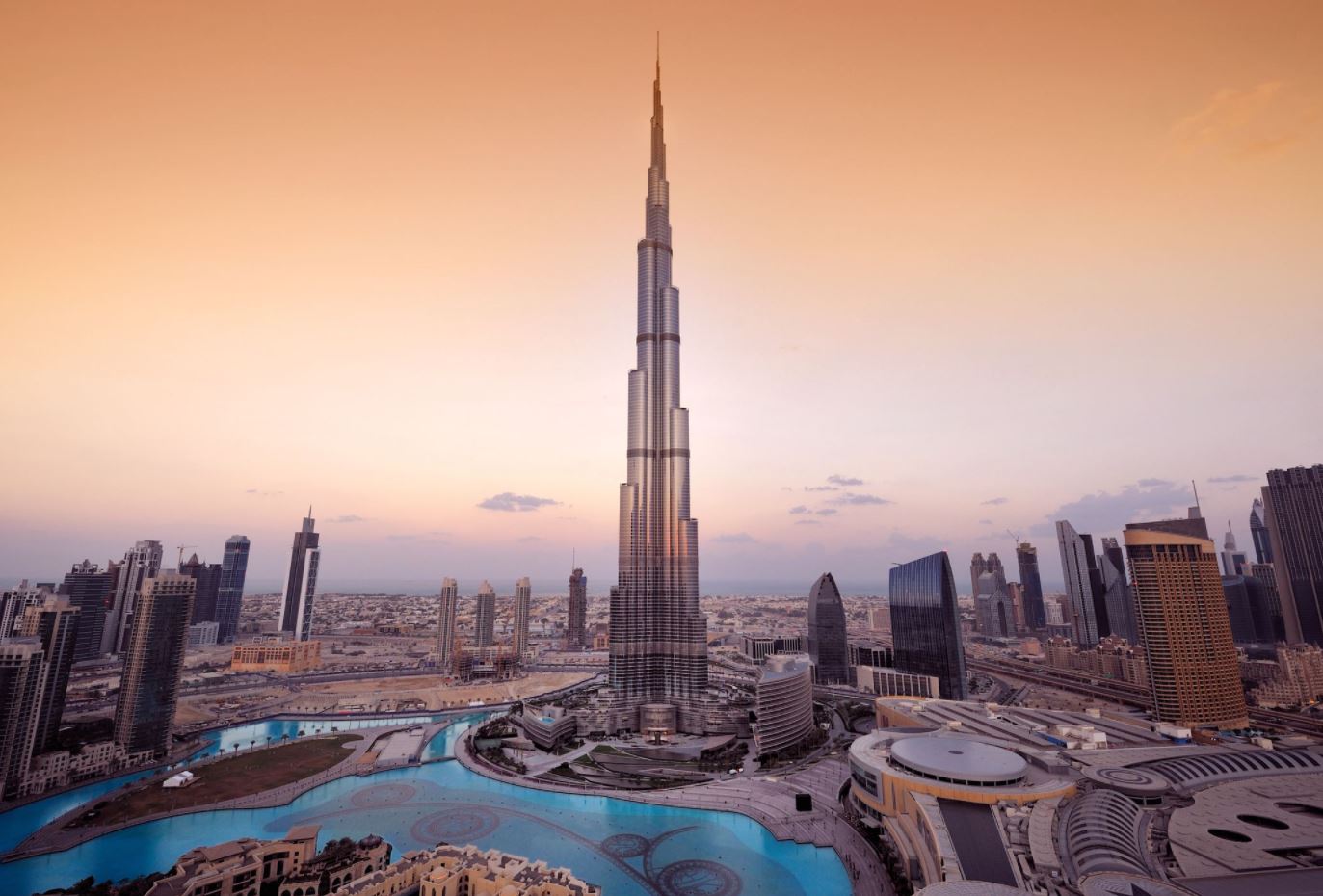 The chief architect of this project was Adrian Smith. The Burj Khalifa has received several awards and recognition from all across the world. It features many hotels, shopping malls, parks, and also an artificial lake. 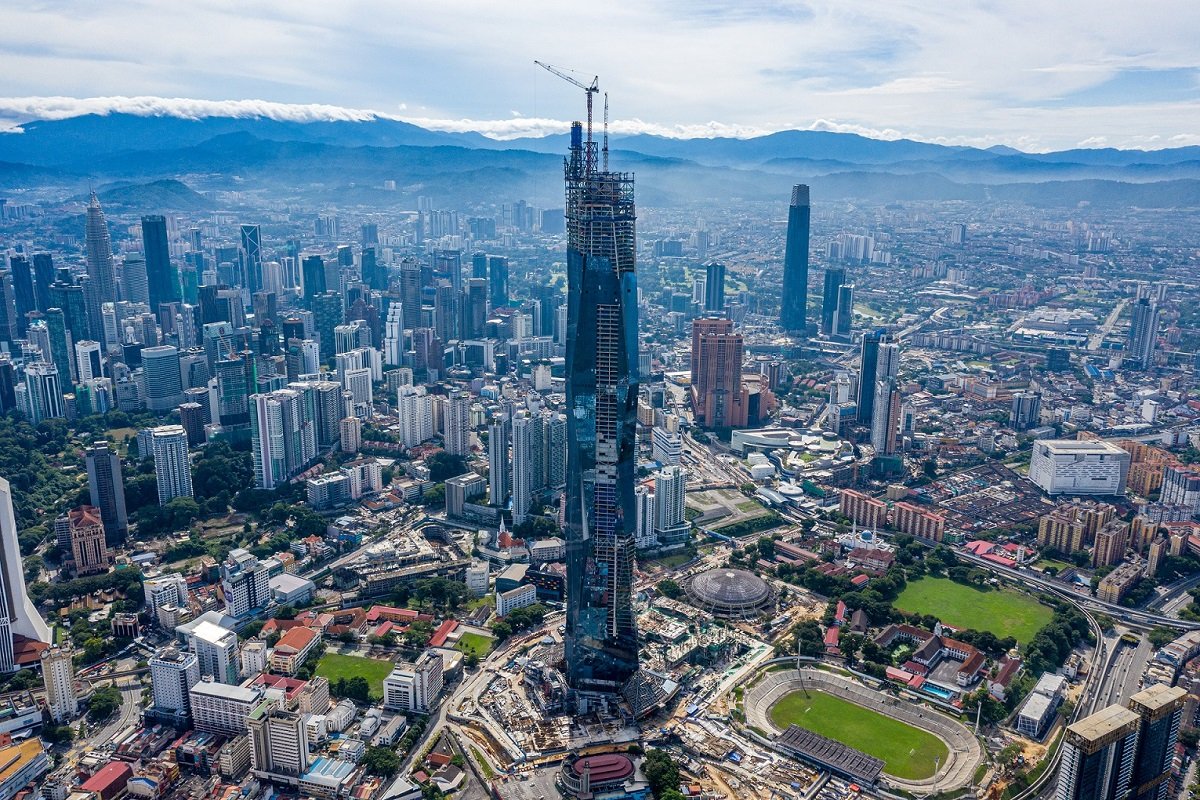 This 118-storey megatall skyscraper has been designed by Australian firm Fender Katsalidis. The building which is currently under construction in Kuala Lumpur, Malaysia is expected to complete construction by the end of 2022.

The 118 storeys of the building will be accomodating office space, a hotel, retail, and residential facilities as well as a double-height observation deck and a restaurant, which is likely to be the highest in South-East Asia.

Shanghai Tower is the world’s third tallest building. It was inaugurated in the year 2014 that took more than 8 years to complete. The construction cost of this twisted building is a whopping 4.2 billion dollars. 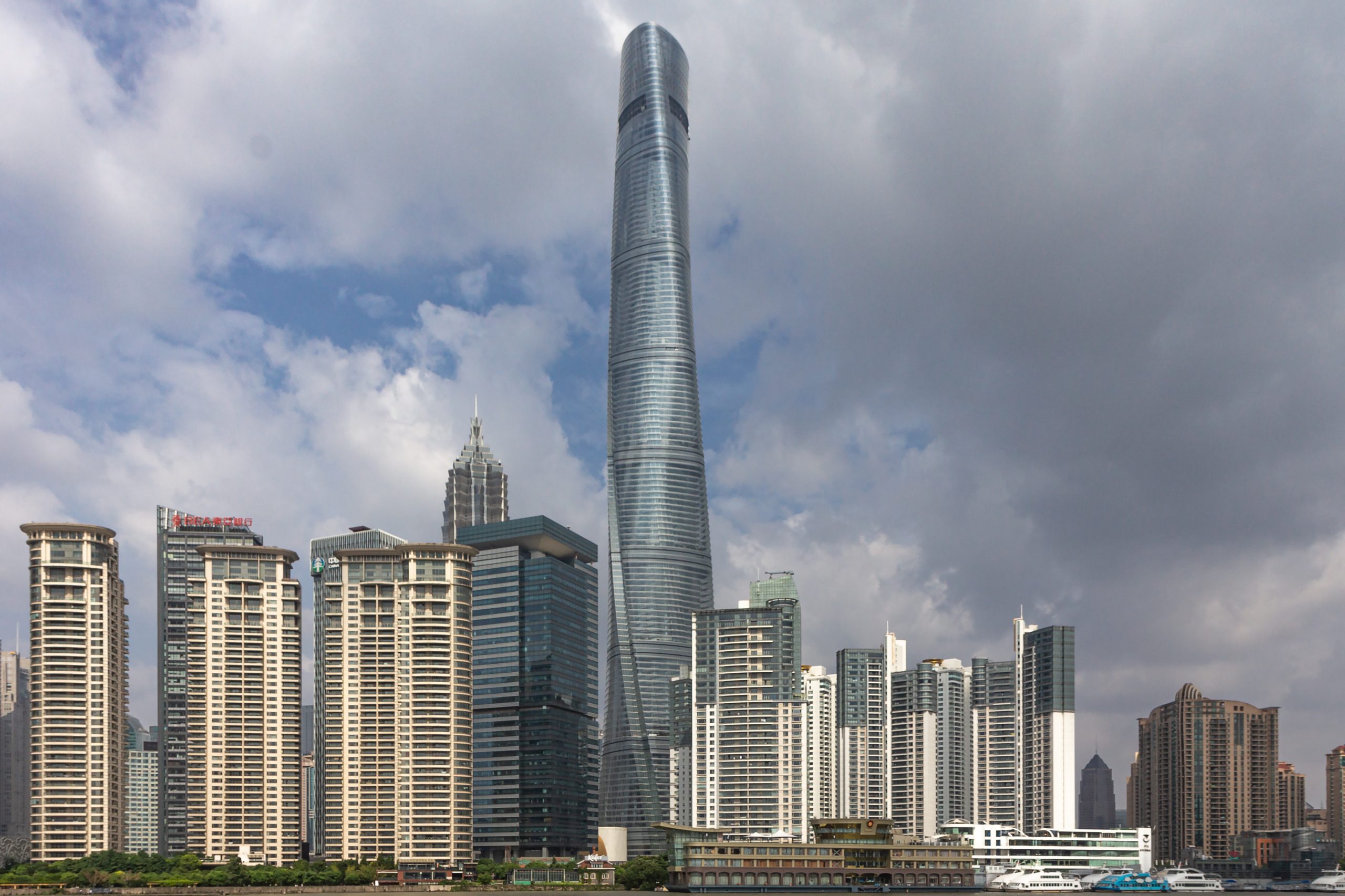 Shanghai Tower has a 258 rooms hotel and the world’s highest observatory deck wherein one can see the entire Shanghai skyline.

Mecca based – Abraj Al-Bait is a complex of seven skyscrapers owned by the government of Saudi Arabia. These towers were constructed to develop tourism and cater to the pilgrims visiting the city as part of the King Abdulaziz Endowment Project.

It took seven years to complete and the estimated construction cost is $15 billion. Abraj Al-Bait Tower ranks fourth in our list of the world’s tallest buildings and one of the tallest buildings in Saudi Arabia. The building is located very close to the grand mosque in the holy city of Mecca. 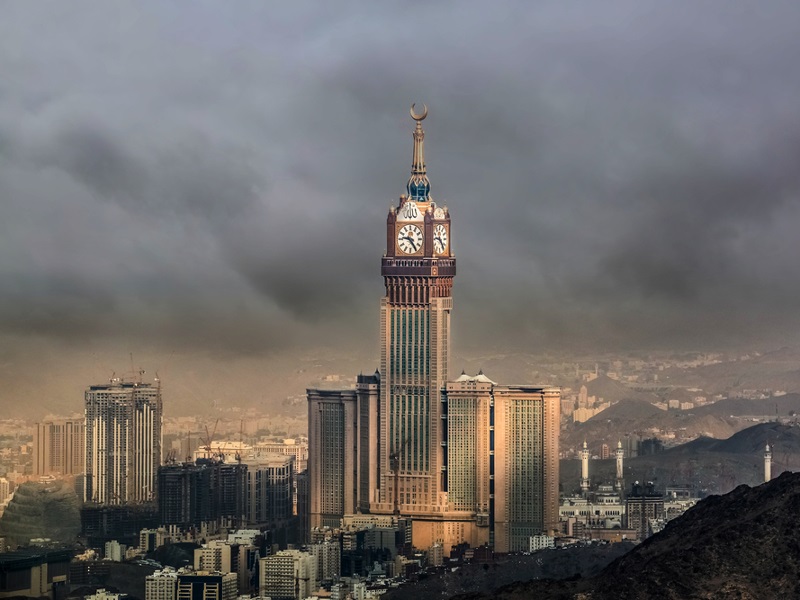 It was opened to the general public a decade back in 2011. There are around 96 lifts/elevators in the tower. The clock of this tower can be seen from as far as 30 km and it becomes an observatory tower in the month of holy Ramzan.

Ping An Finance Tower is the world’s fifth tallest and the second tallest building in China. It is located in the city of Shenzhen and is 599 Metres tall. It is built exclusively for Ping An Insurance company. Even though the building was inaugurated in 2015 but extended construction went on for a couple of years more till 2017. 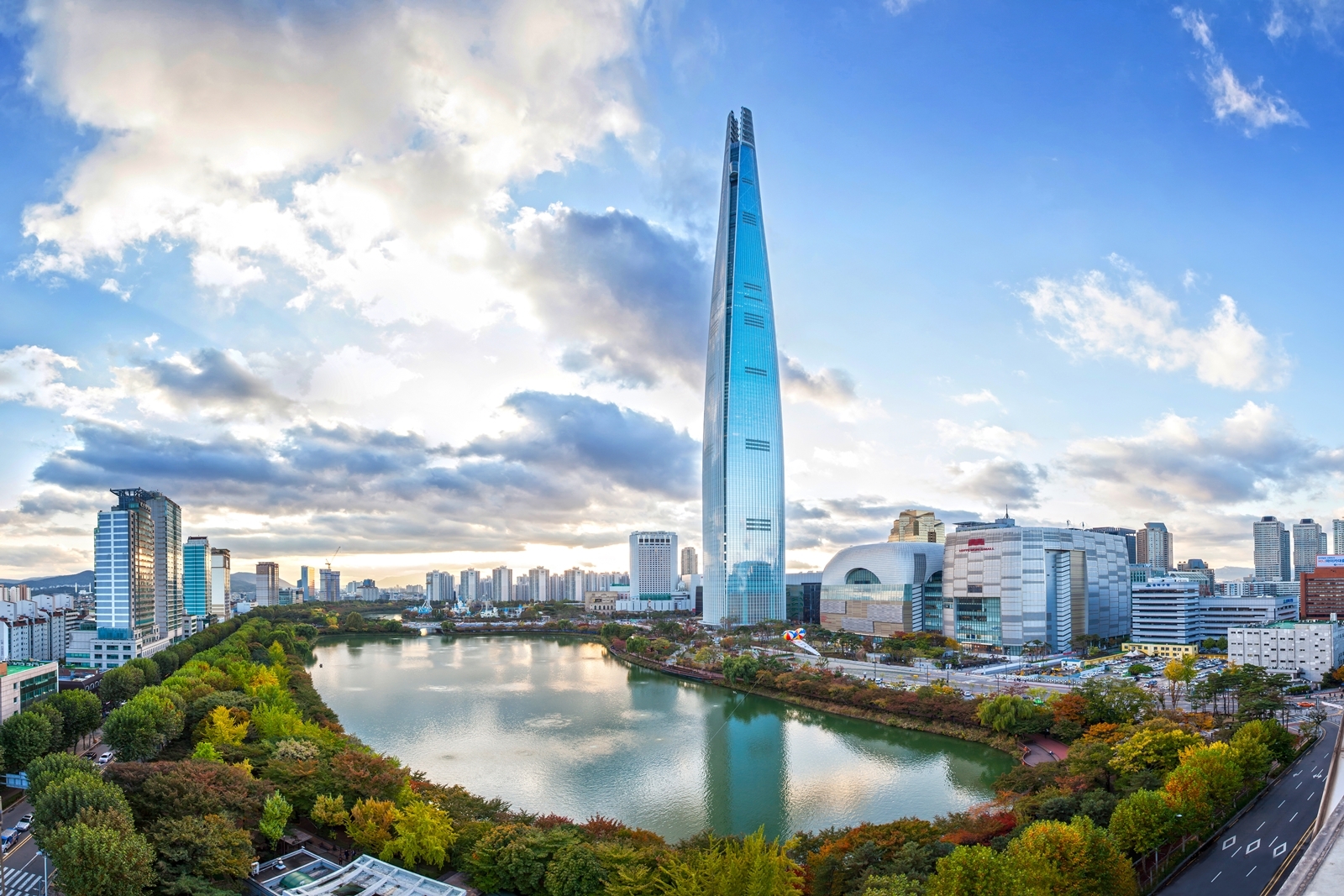 Ping An Finance Tower has 115 floors and many facilities like conference centers, retail stores, and hotel rooms in this building. The observation deck is on its 116th floor.

The Lotte World Tower is South Korea’s tallest building that took 13 years to complete. It was inaugurated 4 years back in 2017 that is located alongside the banks of the Han River. 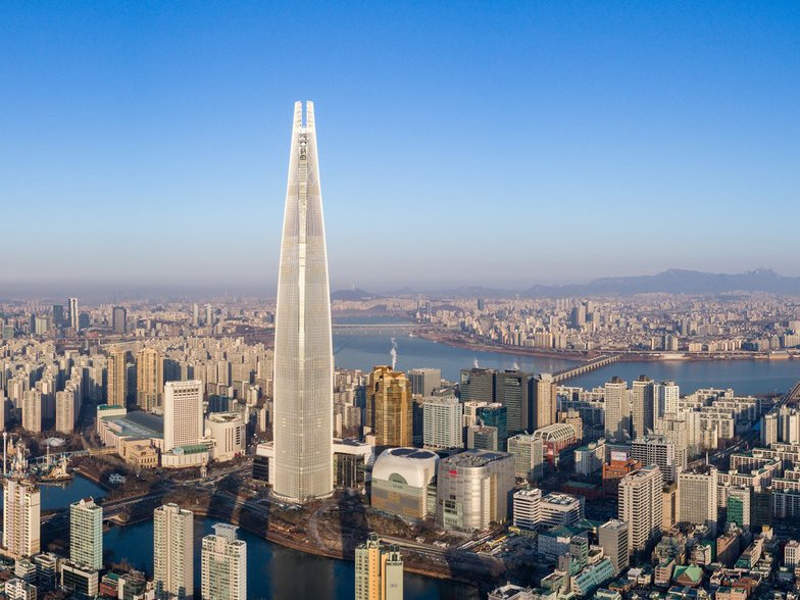 There are various observatory decks in this 123 floors building. The building is designed in such a way that it can withstand earthquakes measuring 9 on the Richter scale. 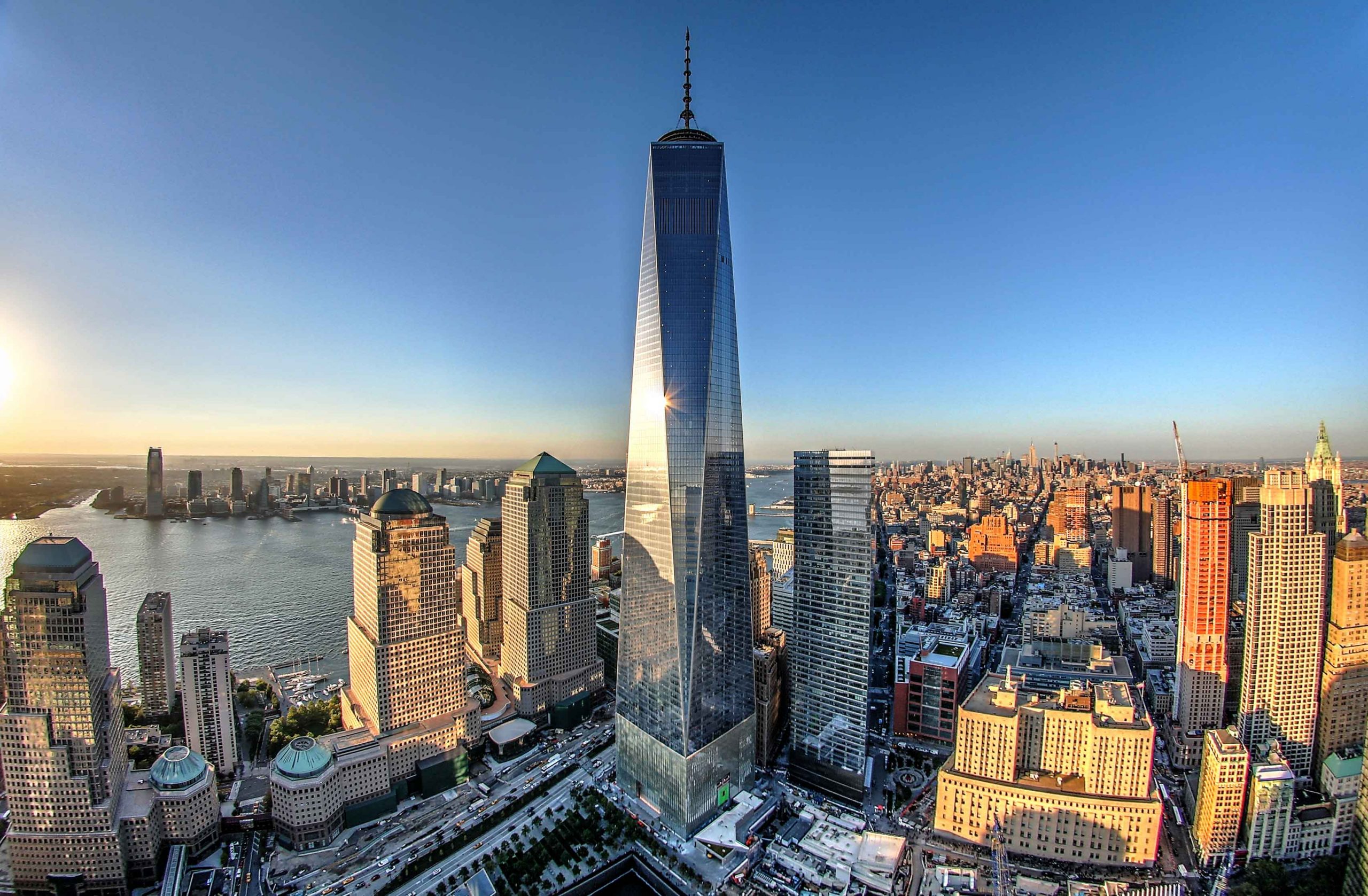 David Childs is the architect of this building who is known for designing famous skyscrapers like the Burj Khalifa and the Willis Tower.

The construction of this skyscraper was finished three years after the attacks in 2014. One World Trade Center has a positive impact on the world because of its use of rainwater harvesting and renewable energy.

Guangzhou Chow Tai Fook Finance Centre, also known as Guangzhou CTF Tower is located in the suburban area of Guangzhou, China. There are 111 floors in this building with 5 underground floors. It was inaugurated in 2016. CTF tower has 95 elevators that move at a rate of 44 miles per hour. 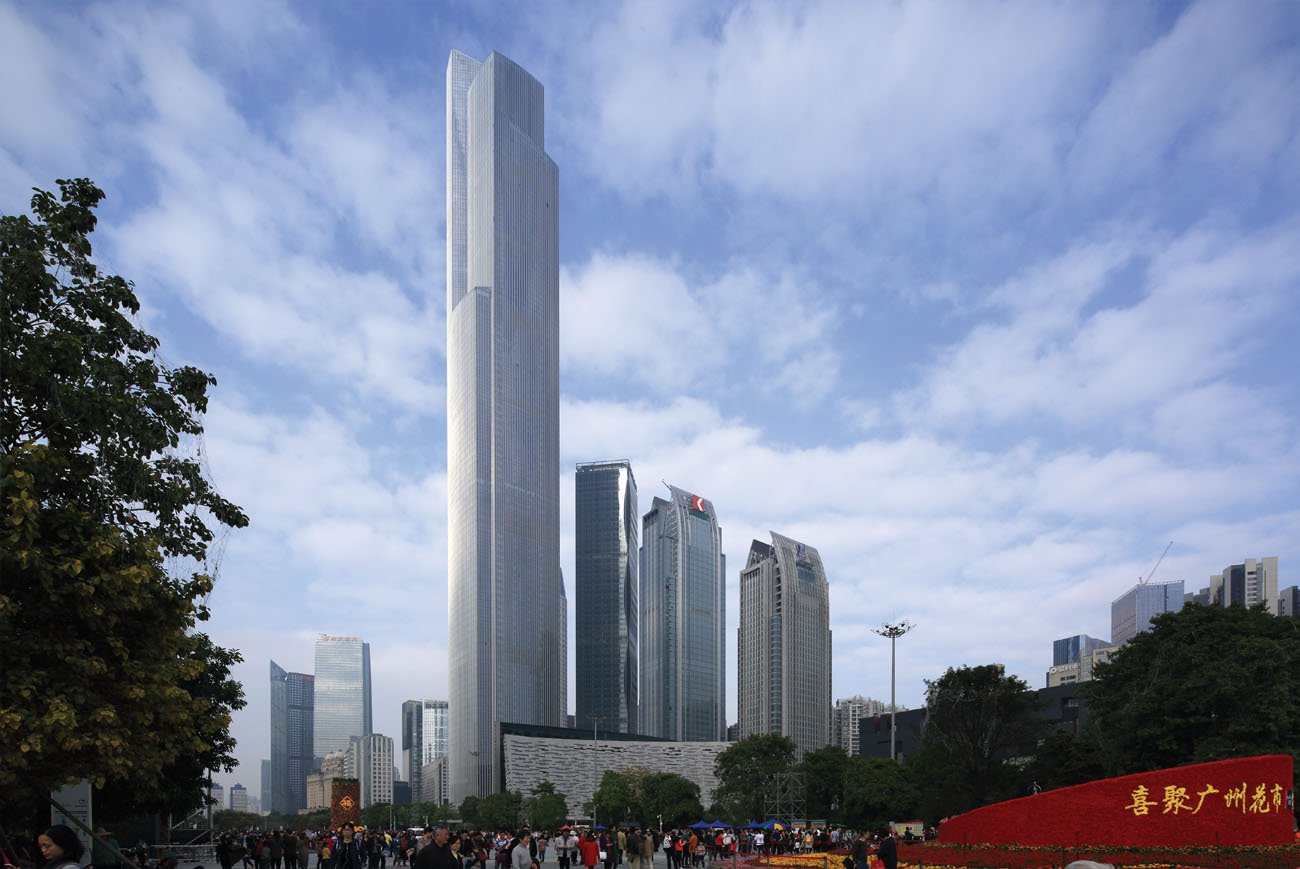 The project is owned by Chow Tai Fook Enterprises and is named after them. Guangzhou CTF building has hotels, residential houses, and hotels in the tower.

Tianjin Chow Tai Fook Tower is China’s fourth-tallest building and the world’s ninth tallest building. It is almost the same height as Guangzhou CTF Tower however it was constructed after the Guangzhou Tower which is why it is ranked lower. The construction of this building was completed in 2018.

China Zun, also known as CITIC Plaza is named after an ancient vessel. This 108 floors building was constructed in two phases first in 2017 and then again in 2018. China Zun, the tallest building of Beijing was inaugurated in March 2019. 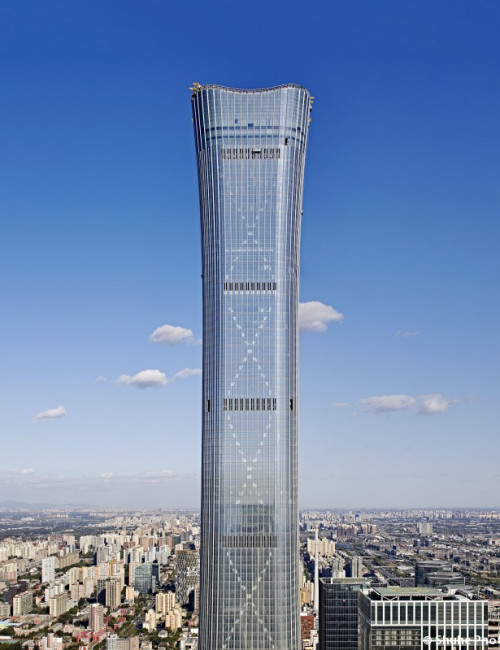 Hope you enjoyed reading our article on the top 10 tallest buildings in the world. Share your experience if you have been to any of these amazing skyscrapers!